I would be remiss if I excluded Azzedine Alaia from the roster of designers who showed for Fall 2013; not to mention I would be one lousy critic as well as a shortsighted one.  Mr. Alaia, as is his wont, shows when he wants and to whom he wants.  He is a master of his craft and thusly follows no rules other than his own.
This is not a collection about trend or the latest and the greatest.  Every Alaia collection is about the evolvement of the métier of fashion; this is about his personal evolution and possibly just about what HE feels like showing for any given season.

Anyone who has an understanding of what Mr. Alais does with his eponymous brand knows that he is all about shape, silhouette, construction, innovation, creativity, self-expression and most of all his personal individuality  that reigns supreme within the fashion community.  While so many us in the Fashion Flock are worried about what Raf is doing at Dior or what absurdity Hedi has heaped upon the house of  Saint Laurent, Mr. alaia just travels his own path, the path that has been paved in the glory of HIS fashion, HIS way. 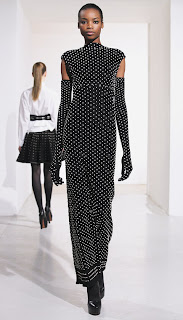 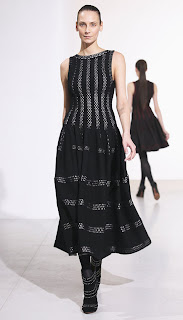 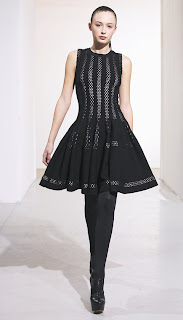 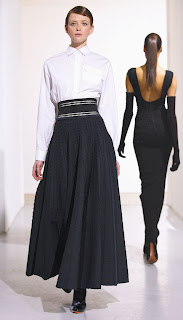 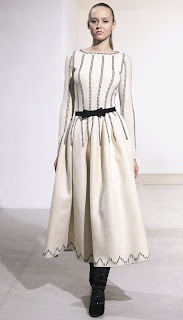 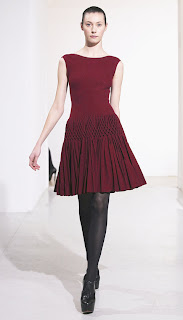 This season, he is all about knits… short, long, slim. Shaped or any way he sees them.  Each piece is a deception of simplicity.  Each piece is a demonstration of masterful and signature design.  I feel that Mr. Alaia is an acquired taste for fashionphiles as either you get it or you don’t!  He is, what I consider to be, a 21st century Balenciaga; maybe not as cerebral and as expansive but nonetheless a master of the art of fashion.
Posted by FASHION BY THE RULES at 8:13 AM