At a time when models were what magazine covers were all about and when models were indeed the high-water mark of beauty there was one of the unsung heroes, well heroines, well hero person ...  She painted ( like a Renaissance portraitist) the faces of some of the world’s most beautiful women. When I say painted, it is to say that Sandy Linter made the plain … beautiful, the beautiful … exquisite and the exquisite … masterpieces. 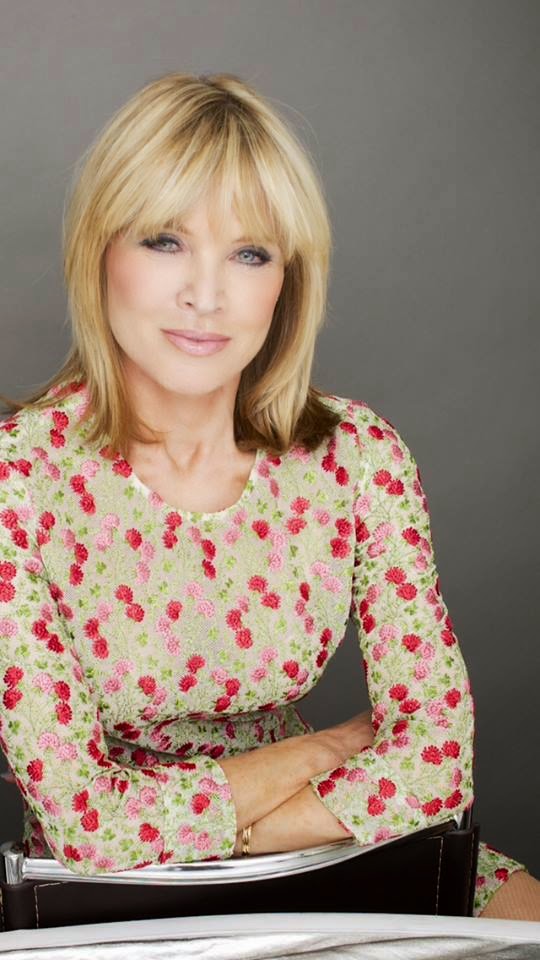 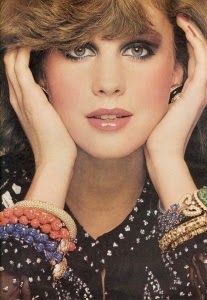 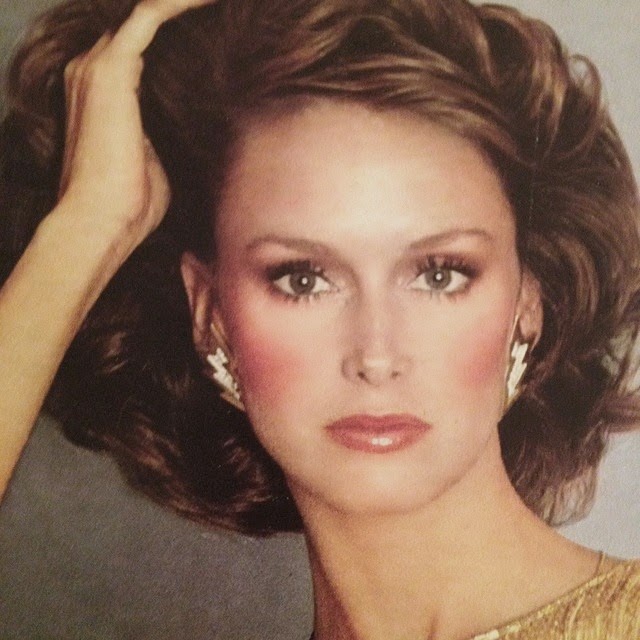 Ms. Linter’s resume reads like a who’s who of fashion when it comes to publications, photographers, stylists, colleagues, advertisers and editors. Her “canvasses” included the greats and legends of modelling and she has created some of the most memorable and iconic countenances that ever graced a magazine page. Let’s just say that to name names would be absurd as then there would be no space for the article and would seem like a terminal case of braggadocio. 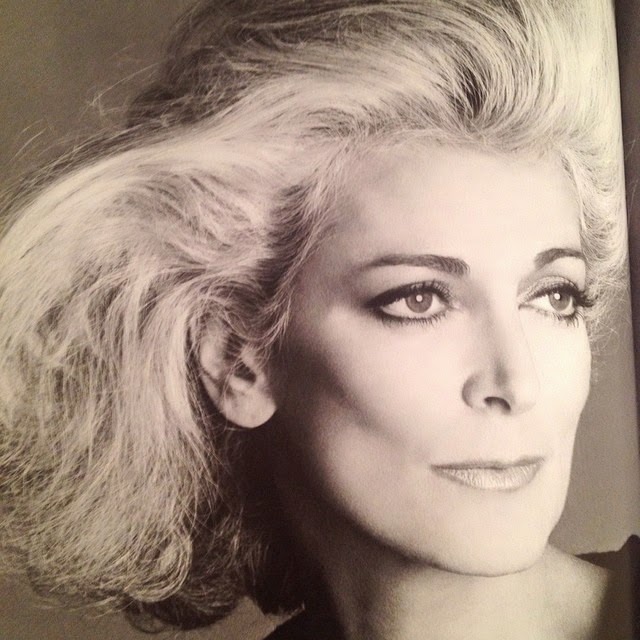 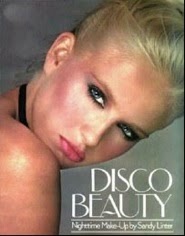 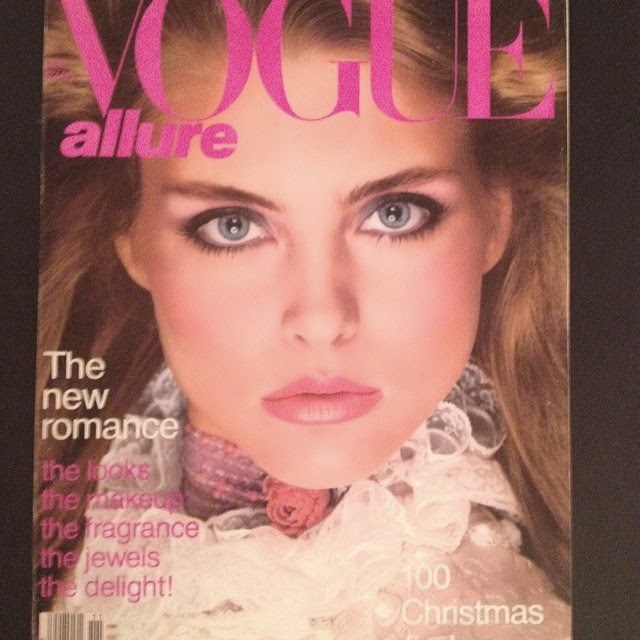 Sandy is an enduring presence (Lancôme Beauty at Every Age spokesperson) in the world of fashion and make up and continues to dazzle us on a regular basis within all media , so rather than gush any further I present to you... Sandy Linter … legend of fashion.


What is the most treasured possession in your wardrobe?


Treasured possession in my wardrobe? A black cape with fox collar by Adrienne Landau. A gift from a close friend


What is your most sterling trait and what trait do you treasure most in your friendships?


I treasure being able to trust someone... I guess I'm very honest, as a sterling trait.


What is your guilty secret?


I'm thin and my secret is I don't eat much at night. Now it's not a secret!

Where is your ideal home?


I'd love to live downtown. I've been living on 52nd street for over 30 years. Very nice, too


What would you say is your greatest accomplishment to date?


What is on your bedside table right now?


Bedside table holds a glass of water for my cat Squeek a telephone, glasses ugh, the remote

What do you wear to bed?

What if any, book are you reading now or last read?


I love autobiographies I'm reading a bio about Johnny Carson

What’s your advice to the “newcomer?”


Always say the job was terrific. Don't talk about any of its problems.

Who or what is your inspiration/style icon?


My style icon had been Marilyn Monroe, then Debbie Harry and Michele Pfeiffer

In 3 words or less, describe the current state of fashion.


A free for all (which is good)


Pay the taxes on the money

If you could invite up to 4 people for dinner, who would they be…dead or alive?

What is your favorite movie /or movie star?


The Godfather and movie star


What is the one thing you would change about yourself?


I'd like to be quicker in every aspect of my life. Or get over things quickly and move on

Whose opinion do you value most and why?


Anyone who speaks the truth... Howard Stern for example and my friend Linda Ramone

What store or which designer do you most like to shop in or wear?

What’s your take on magazines, books versus the internet?


I love magazines and big art books. Although my apartment has no more space for the art books

Do you have a dream collaborator?

What and where is your favorite meal?

Milo's on West 55 the street all the fish dishes divine. Patti Hansen took me there and so did Stacy Mackler from Lancôme
Posted by FASHION BY THE RULES at 11:58 AM No comments:

Too often in fashion, when we read a fashion  magazine or even see a fashion image on our computer screens, we tend to only see what we think is most important .. Mainly the clothes and the accessories. We somehow take for granted the hair and makeup and usually only take note if the model is painted like an African tribal shaman or the hair is teased until it is skyscraper high. The point is simply that Harry King was probably responsible for how one wore their hair when fashion was at its apogee. 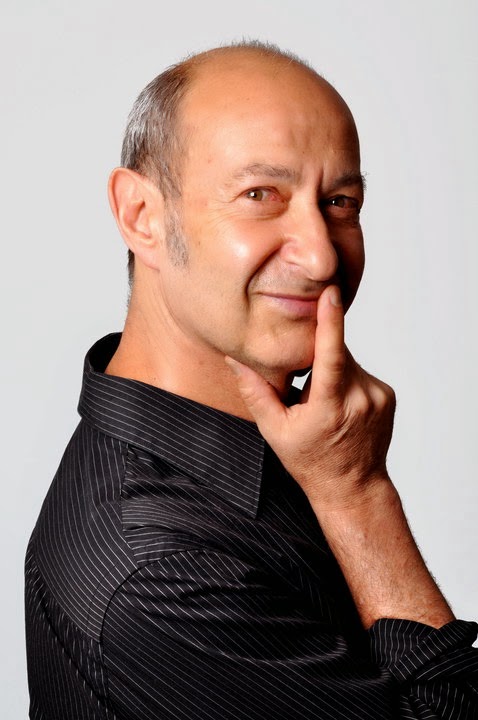 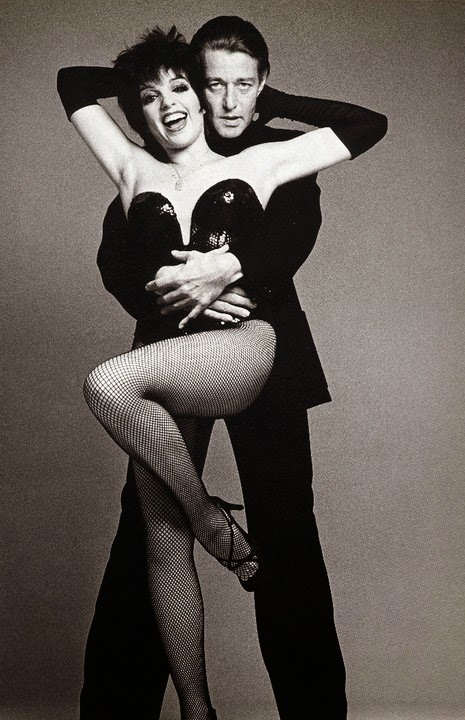 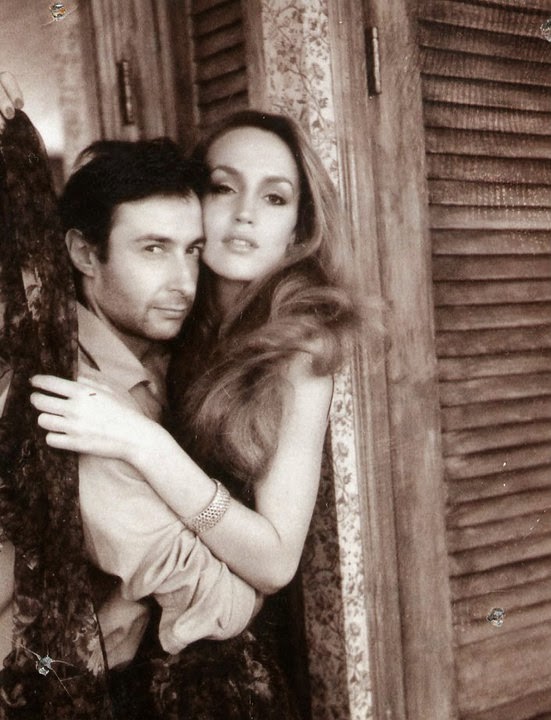 Harry King is legend who rose to international fame and notoriety in a time when the names like Way Bandy, Diana Vreeland, Avedon, Polly Mellen, Penn, Suga, Vogue, Bazaar and many many more were the bellwethers of fashion. They were selling the fantasy and reality that was all part and parcel of fashion... as Grace Coddington said “when fashion came first” and I say when “fashion was fun.” The total look! 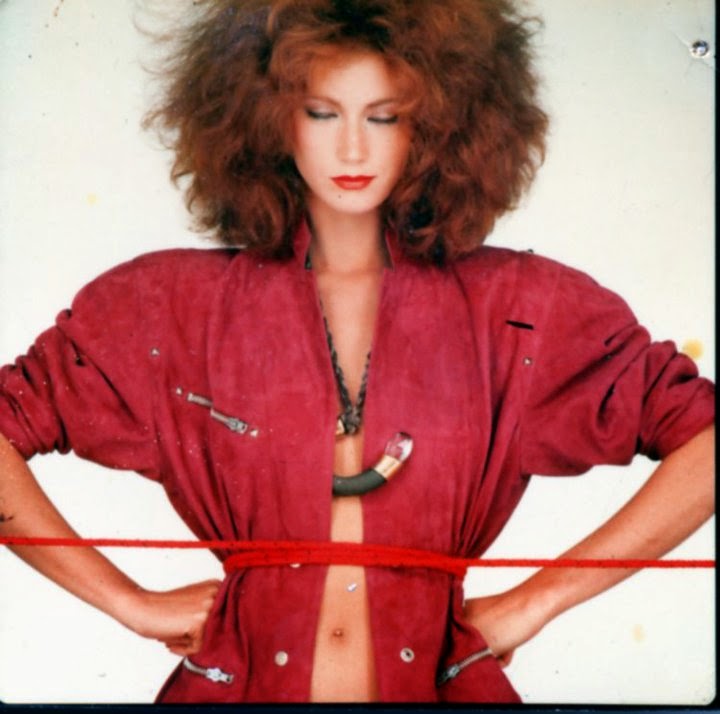 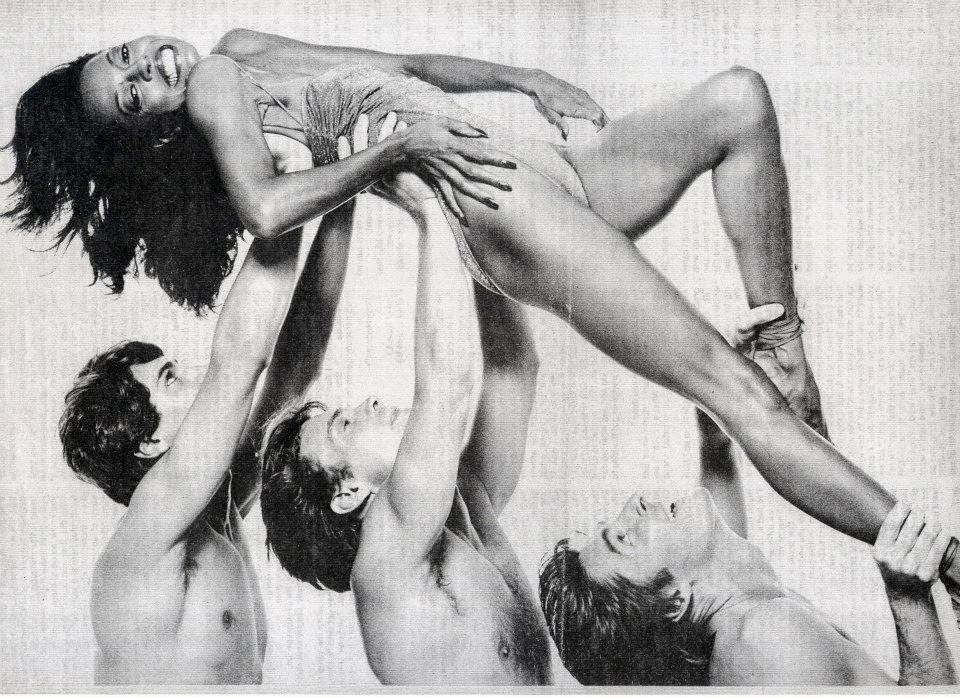 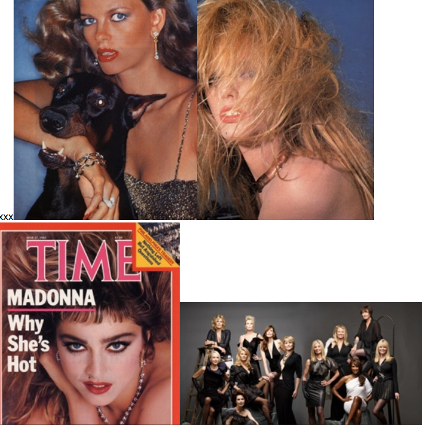 We boomers who were paying attention in those years know that Harry King was one of the great “hairstylists” of the 20th century who counts more “important” credits in his portfolio than any 20 of today’s current crop.


With all this said Harry King has been an integral part of fashion for decades and continues to inspire those who are savvy enough to recognize the enormous contribution he made to fashion in the most glorious of eras. It is my pleasure and my honor to call him friend and to offer a peak into his “head!” 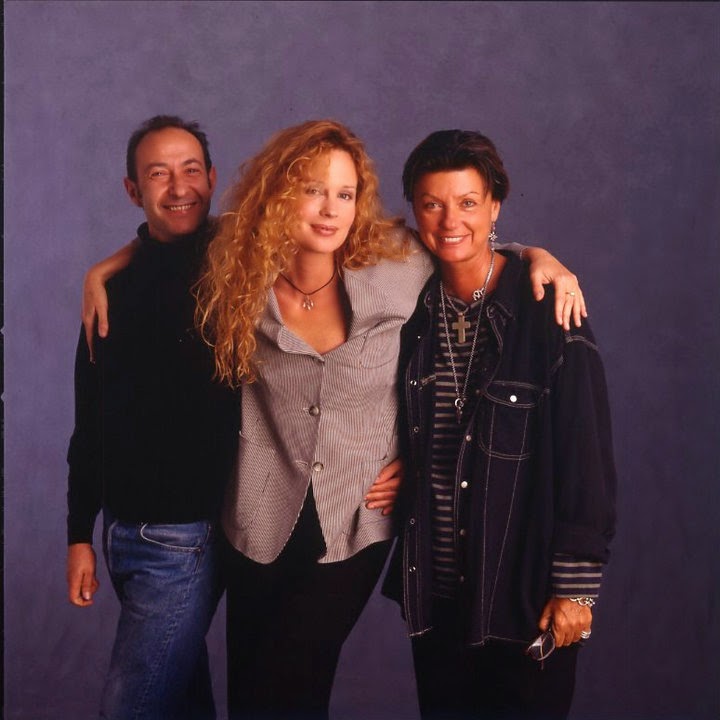 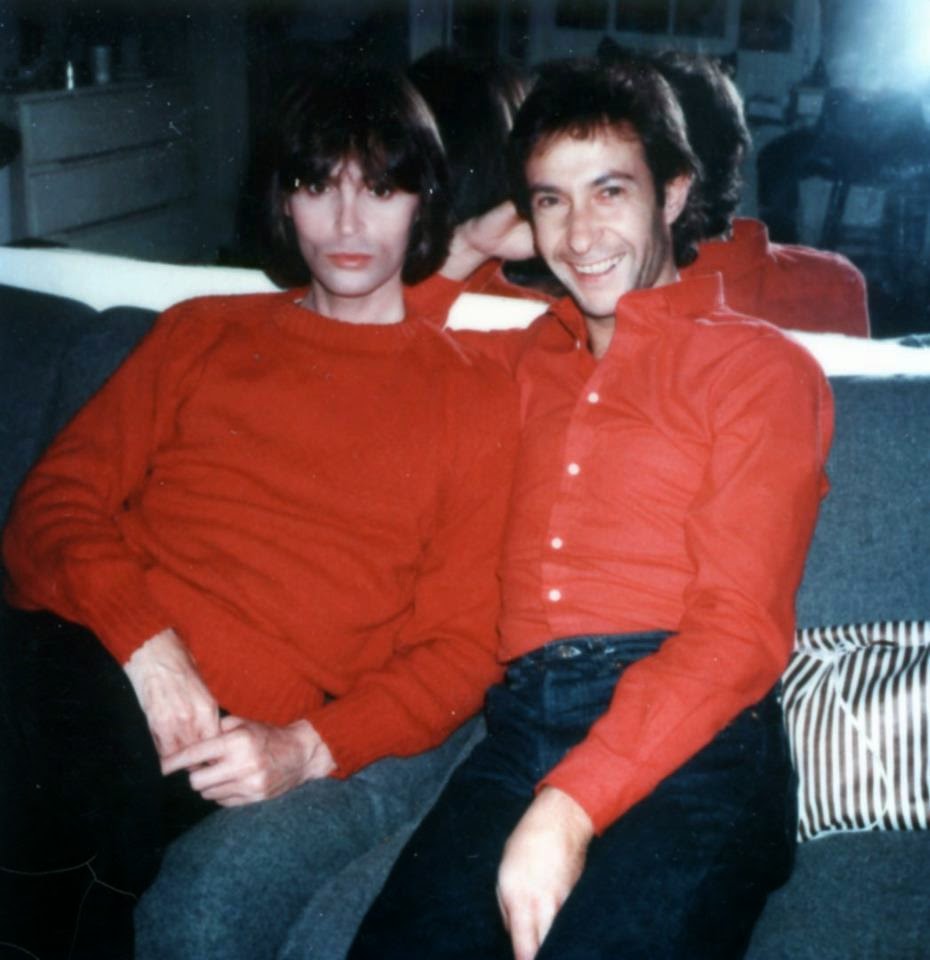 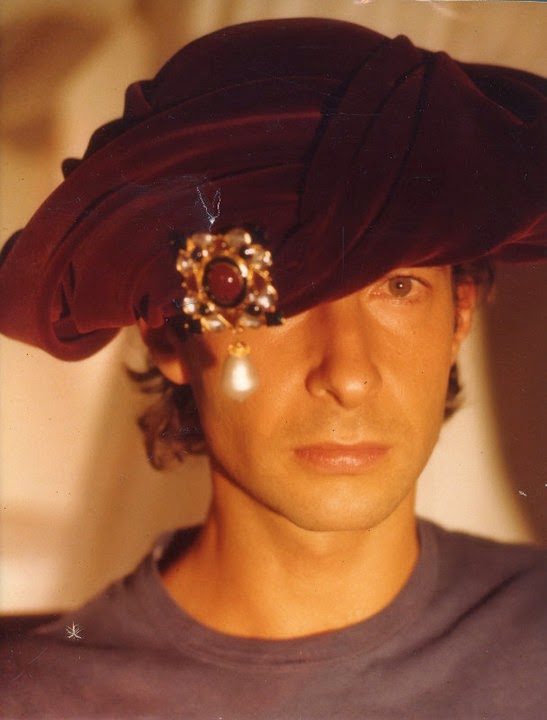 1-What is the most treasured possession in your wardrobe?


2-What is your most sterling trait and what trait do you treasure most in your friendships? Honesty


4-What is your guilty secret?


too guilty to say


5-Where is your ideal home?

6-What would you say is your greatest accomplishment to date?

7-What is on your bedside table right now?

9-What, if any, book are you reading now or last read?


The Master and Margarita by Mikhail Bulgakov

10-What’s your advice to the “newcomer?”


leave your ego at home

11-Who or what is your inspiration/style icon?


all that is around me

12-What is the best advice you ever received?

13-In 3 words or less, describe the current state of fashion.

14-If you could select a dream project, what would  it be?


help my friends and family in need

16-If you could invite up to 4 people for dinner, who would they be…dead or alive?

17-What is your favorite movie /or movie star?


too many to answer that

18-What is the one thing you would change about yourself?


hahaha my mind just went there!

19-Whose opinion do you value most and why?


my best friends because they are honest with me

20-What store or which designer do you most like to shop in or wear ?

21-What’s your take on magazines, books versus the internet?


don't really look at magazines much anymore, do like a book opposed to the internet but internet is so fast

22-Do you have a dream collaborator ?

23-Have you ever wanted to just throw in the towel and why?


I've had many highs in my career and couldn't pinpoint one but saying that it could have been the first day I started work when I was a shy 15 year old who didn't know his ass from his elbow or being able to work with the great photographers, models, editors, make-up artists, movie stars

25-What and where is your favorite meal?


at friends or chez moi
Posted by FASHION BY THE RULES at 12:37 PM No comments:

If you are unfamiliar with the name then it is time you get your savvy on and know who this jewelry virtuoso is!! For more than just a few years, Kerry has designed collections for women even though an odd piece here and there has shown up on a man or two. His jewelry has been seen in stores like Neiman Marcus, Bergdorf’s, Saks and in magazines such as Vogue, Bazaar and ELLE. His clients have included Bill Blass, Madonna and even Truman Capote. 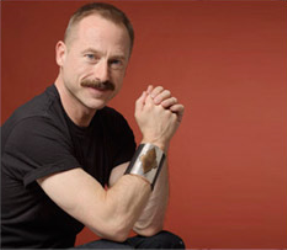 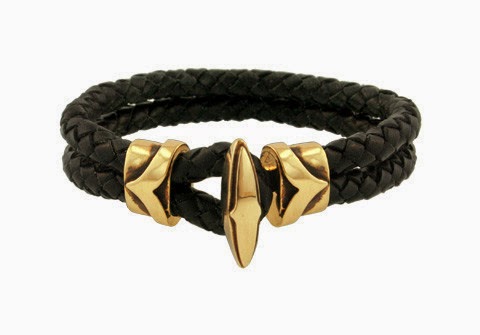 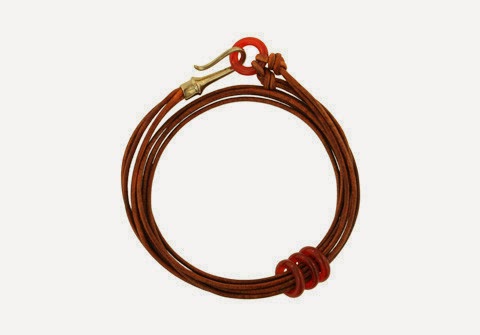 His current focus is MEN!


The latest collection consists of primarily bracelets and may have been conceived with men in mind but I see them as wonderfully asexual and so in tune with the times we are now experiencing.


“My goal is to make jewelry as sexy and powerful as a great tattoo.”


As I just said, with the popularity of tattoos on everyone, this may the time to own “a sign of the times!” 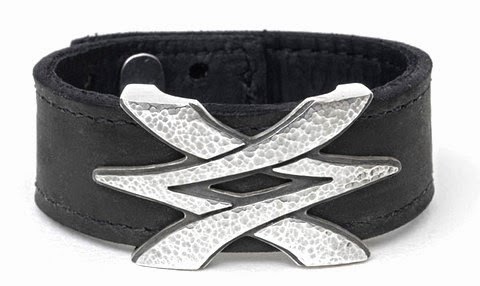 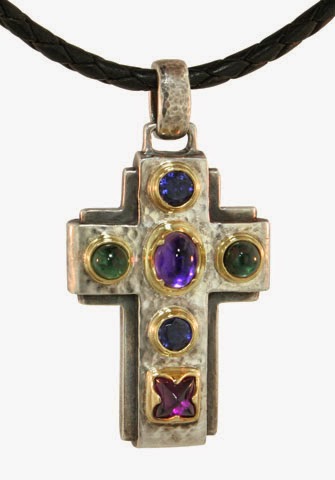 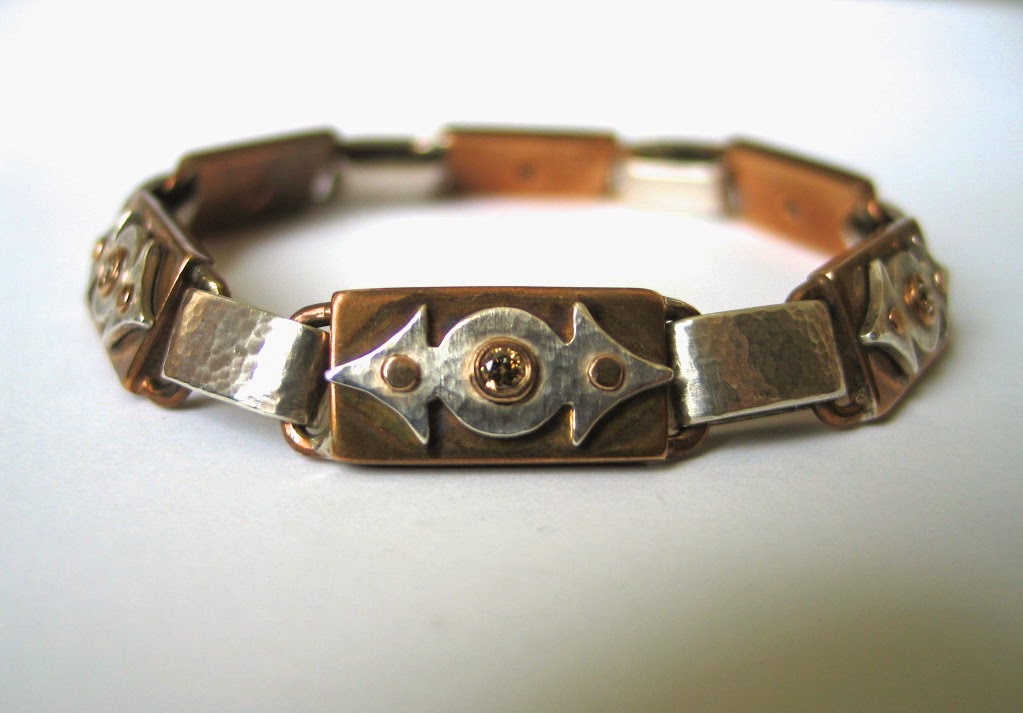 With the onset of spring and so many reasons to give gifts (mother’s day, father’s day, graduation, and confirmation)... why not give a gift that is memorable, fashionable and most of all...original! …. and it is as easy as a click… here’s the link to the newest collections and while you are there have a look around… mine is only a sampling


PS. If you tell him I sent you  ... I am pretty sure custom colors are available
Posted by FASHION BY THE RULES at 12:15 PM No comments: