One of the most amazing phenomena of the 21st century is that it has produced a new personality classification and that is that we have ALL become “virtual voyeurs” of one sort or another as well as visually addicted. There are no age limits as the range spans from babies in strollers to seniors with walkers … we are all “looking!” Whether you search for bimbos, himbos, jewels, silly animal videos, great locations for dream vacations, porn and the list goes on ad nauseum... you are staring at some sort of internet/virtual device.
My point here is simply whether it is Facebook, Instagram, TikTok, the Dodo, Tumblr or even Twitter… we are all “staring” at something that pleasures us. Some of us have chosen to look beyond the image and actually read the hashtags or visit a homepage to discover a way to see more of what brought “you” to this point.

I will single out as a case in point one Edison Y. Fan. He has the body of  a Greek  god  the face that only a skilled sculptor or god could  create but the question is do you  just leave a  comment or click “like/heart” or do  you take that extra step to actually  find out who is Edison Y. Fan…..I  chose the latter and I couldn’t be more pleased with myself to have done so.
Last thing before we hear from Edison and that is OMG does not stand for OH MY GOD but for On My Game and yes, he is, so now hear it from him…

Jeffrey Felner: Why did you decide to be the face of your brand and do you find that it is an asset or a deficit and why? Edison Fan: When I first created a substantial following on social media, the term ‘influencer’ was not yet coined. Even though my initial goal was to just have fun and maybe inspire a few people along the way,  it soon became clear to me that I need to covert my influence into earnings; it might sound very transactional, but I see it the light of being respectful to the investment of my own time and efforts.

When I finally created OMG Sportswear, it would be incredibly wasteful to not be the face of the brand, since whole premise was built on converting my influence into earnings. However, at the same time, I did have a long-term strategy, that I did not wish to build the whole brand to be about me, eventually, it needs to be an independent brand that can survive and grow without my image being attached. So, since 2018, new faces were introduced nearly every month, to take the focus off me, and eventually off our models, because it should be all about the clothes.
JF: What is your feeling about ‘Instagram models/photographers and brands’? do you think that social media has created far more ‘unreal’ professionals and how do you think it effects your business?
EF: Hmmmm, I don’t think you can lump sum IG models and brands together. A brand is a brand, no matter what platform it originated from, or how it has been marketed because at end of the day, if you choose to purchase, you will get the actual product, a real product, there is no way to cheat around that. While being an IG model, most followers won’t get to see them in real life, so they can fake it until they make it. In fact, they can keep faking it even after they made it, because it’s all virtual; it is about creating an illusion, an attitude, a mood, a vibe that people respond to.
How do you define ‘unreal’ professionals? If you mean those who refer to themselves as a certain profession, but they do not actually make any money; then that is just a self-claimed title, isn’t it? Then who cares what title one wants give him/herself? You can claim to be a Princess if you want to but at end of the day, who else believes it? If you can fool most people into believing that you are an actual Princess, then bravo to you!
JF: How do you decide on merchandising of the collection?
EF: We actually have very clear data within the industry, which we use as seasonal guidelines to determine the ratio we are doing of how many tank tops, how many shorts, how many joggers and in which fabrications.
What inspires me?... Again, we have very clear information within the industry for color and print trends every year. As much as I have my own preference, it is not wise to fight against the mainstream trend. Most brands will be following that, which their marketing will be educating/brainwashing people into believing that it is the trend to wear; hence, even if I don’t initiate marketing, just by following the trend alone, some sales are guaranteed. So, we definitely will be designing a decent portion of our collection based on the trend. Then, we will do some designs about particular events. For example, this year, we actually did a mini collection about the Olympics, but unfortunately, we have to put that on hold. Of course, I drew a lot of my inspirations from fashion brands, a lot of techniques and detailed designs in fashion clothing are not used for sportswear, especially men’s sportswear.

JF: If you can invite any 5 people to dinner who would they be and why?

EF: Rihanna… Out of all my favourite divas, she seems to be the most fun and chilled to be around. I watched a lot of her interviews, and she always came across, candid but not rude, fun but not fake. She would be lovely to have for a dinner party. Anderson Cooper… first of all, he just had a baby this year, so as two fathers, we will have a lot to talk about. secondly, I have tremendous amount of respect for Andy, because it was a very difficult career to came out from, it took so much courage for him to do what he did, and that had enormous positive influence on the LGBT community. We chatted a bit on IG so it would be nice to finally meet him in person. Trixie Mattel… I love Kayta so much, but I am so afraid she would say something too ‘Kayta’ (which I totally would find funny) that might make other guests awkward. Trixie on the other hand, would just be a blast. Lucy Liu. I feel like I would be criticized for not picking someone Asian to be at the table? I have admired her since I was a teenager for being an Asian woman and accomplishing what she’s done in Hollywood is unbelievable yet necessary… I just have so many questions for her… Time to pick a straight guy… Hmmmmm…. Barack Obama, I am just so so so interested to hear what he has to say about the current administration.
JF: Expansion in USA?
EF: I first wanted to bring OMG to the US in January 2019, I could not find a business partner who needs to live domestically in America at the time, so I postponed the idea. I revisited this idea this year, and started to look for a business partner again except luckily, I found one. Given that Covid-19 started in Jan 2020 in China, and our Chinese offices were shut down, the situation gave me more time to focus on the USA. We pushed forward in a very efficient and rapid manner that made the launch possible on 13th April.
It was a very conservative launch, if you look closer, you would find that, the first six weeks were pre-sale and we did not create any new imagery that catered specifically for the US market, all the visuals were existing images and videos, modeled by Asian models. Since I had no idea what the reception would be,


the launch turned out to be very decent though I personally would not call it a success, but given its conservative method, it did well. Hence, we have started to talk about how we can pull more resources in, and make this grow. Unfortunately, Covid-19 started to hit America hard, and has yet to recover. So, we have been playing our cards close to the chest.
Well, it is a no brainer that our largest market for the last four years is China. Over 97% of the sales are from China, even though we now selling in USA, Japan, Thailand, etc. The reason I pushed the USA agenda this year, is because I see tremendous potential in the US market. Although 2020 has been a tough year for everyone, I am working the make OMG USA better next year. 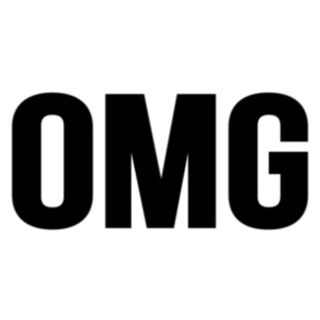 
OR www.omgsportswearusa.com
Posted by FASHION BY THE RULES at 11:46 AM