Even Mr. Armani has been bitten by the trend bug, BUT only I a very minor way, sort of like dipping one toe into it. This was not your run of the mill Armani runway cavalcade of suits, coats and jackets of every kind; this was a collection of softer yet closer to the body silhouettes that still speak to the DNA of the brand but perhaps one might say in a different dialect! As a colleague said to me  .. he stepped out of his comfort zone a bit in this collection... and with few to no missteps. 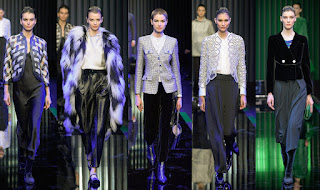 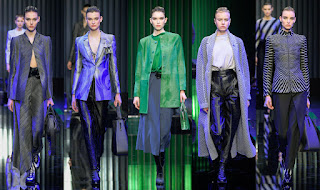 Indeed, the color to own is rich and luxurious purple in assorted intensities and varying shades of grey.  It is not often that Armani collections can be described as an itemy  but  this season his “lower halves” are rarely that important to the total look. Most of pants are full/relaxed as are the dresses. Wisely, he paid only obligatory attention to standard evening wear keeping it to a minimum but here the pants became the focus. I think I’d be safe to say that any dyed in the wool Armani client can have what’s new and mix it with her Armani of times gone by and no one would be the wiser. 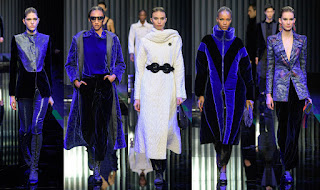 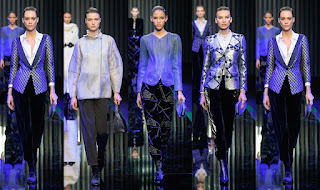 As a whole it is an extremely nuanced collection that shows us why he is   a master tailor with a bit more contemporary fare than usually his wont. I could never say I hated but I sure did like it ... not love but like... a lot .... especially given what his colleagues have put forth this season. He, as usual stands alone in his dedication and loyalty to the brand’s DNA no matter its permutation. 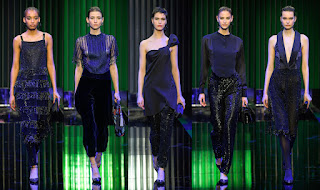 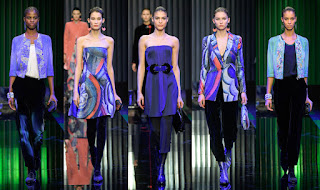 One last thing is that the viewer needs to take note that even the accessories have been dialed down! 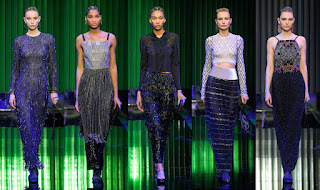 click image to enlarge
Posted by FASHION BY THE RULES at 12:04 PM