A Month of Fashion

After taking a short hiatus and trying to clear my head from a long series of fashion weeks, I thought it only fitting to “muse” on the topic or maybe offer some observations and maybe it is to proffer a litany of suggestions for the next grueling cycle. So read up and let me know what you think….


Aside from the ungodly duration of what was once referred to as  collection, there is now an extra added element of torture.  Collections used to focus on the top tier of designers who showed in the so called 4 major fashion capitals but alas that has changed dramatically. In today’s world of fashion we have supposedly become more democratic and less snobbish which translates to anyone who can pay the tariff gains entree into a once rarefied world. 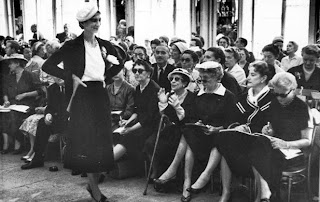 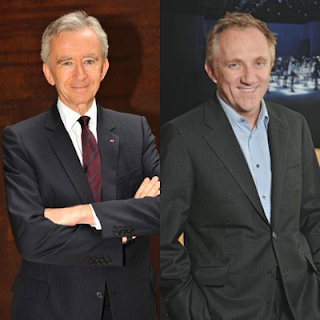 Shows varied from city to city in terms of production, stature and size and yes they were always regarded as a rite of passage as having “arrived.” Well, that is all changed as we now have such an extreme homogenization  that a “buyer,”  if there are any left, a press person, or any attendee of the cycle might have trouble knowing exactly where they are! Models are robots, the staging is one at a time for the most part and all the clothes seem to just blend together. 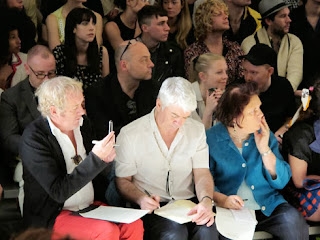 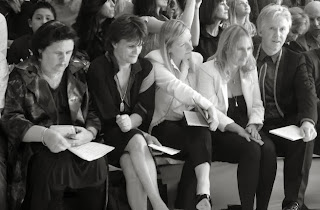 Complicating matters even further is that the once rarefied air of collections is breathed by every classification of designers, whether they are at the designer or couture level or at the contemporary level. No matter what strata of so called design that they hail from, the clothes look the same with very rare exception. We have designers who are of the “me too” variety and then we have designers who will do anything to project themselves as “modern” or relevant and lastly we have intellectual designers who need to pass out press releases or as I call then instruction booklets beforehand as to explain or as I see it to justify the collections that they present. 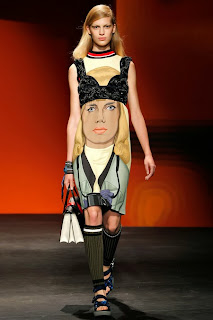 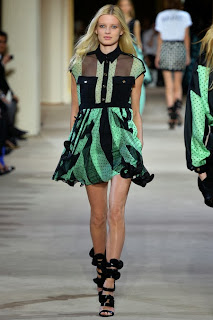 Gone are the days when clothes spoke for themselves. Today we seem to have “critics” who spend more than half their verbiage speaking to the venue and the haughty inspirations of the so called intelligentsia of designers and a lot less time speaking to what they have seen. Once again in most cases, read one review you have read them all. Apparently now that big business has crept its way into hallowed halls of “high fashion” one can’t help but get the feeling that reviews are bought and paid for by advertising dollars. If that is not enough, then consider than if Conde Nast, which now controls a good part of what used to be referred to as  genuine fashion media, is not your ally, well, then you are on the outskirts of the new inner circle.


Where we once had characters such as Hebe Dorsey, Bernadine Morris, Mr. Fairchild, Mr. Coady and a host of  other reality based critics or reviewers, we now get  Suzy Latkes, Shooting Blanks, Feeble Phelps, Cate Horny, Nuclear Winter and car loads of 20 and 30 somethings  who give equally non informative reviews of what is paraded in front of them. Gone are the reviews which actually opined about the collection. Gone are words like ugly, distasteful, monstrosities, jokes, disasters and many such adjectives and nouns that pejoratively spoke about deserving collections. Today we have general bland accountings and only raves are reserved for the so called pets.  Oddly, those raves never really speak of clothes but speak around the clothes providing useless information that is supposedly the justification for usually ugly and ungodly creations that should have been panned rather than lauded. 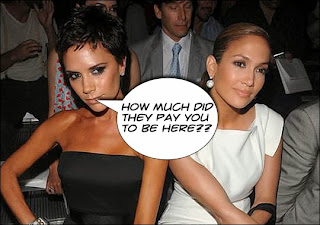 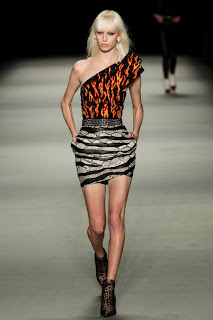 The system is broken. We have the SEC which supposedly controls big business which SUPPOSEDLY prevents monopolies and yet we have a monopoly or series of monopolies at work here in the fashion business. Whether in media, or ownership of design houses or in retail, we are ruled and subject to the whims of the very few. We have lost what made this business exciting and vibrant. We are devolving instead of evolving and most sadly is what we have lost so much creativity due the search for acceptance.


As Grace Coddington said “I liked it better when fashion came first!”
Posted by FASHION BY THE RULES at 9:31 AM