With the rumor mill working overtime and if it is true, the final Marc Jacobs for Louis Vuitton collection was one to be remembered for many reasons.  First and foremost is the fact that these clothes must be excruciatingly expensive.  Second, I never understood the hoopla surrounding the clothes as they are only sold in LV boutiques and to Saks.  Third, it must be noted that it is Marc Jacobs who ran the distance and converted the sleepy brand into a fashion juggernaut after it languished for years with a logo handbag. 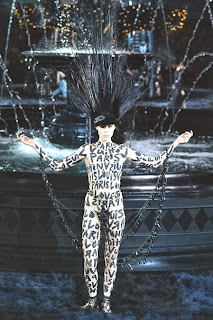 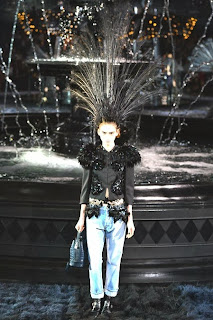 The Spring collection surely appears to be an ode to Cher and in turn Bob Mackie and if in fact that is not the case then everyone better reexamine the “inspirations” here.  The clothes are all black and over the top.  One has to think that it is conceivable that the Dior workrooms have been busy preparing this collection as the workmanship is far beyond anything that this house has ever shown … surely in its breadth.  Workrooms/ateliers that can produce this level of craftsmanship are not to be found on every street corner and keep in mind the 2 brands are under the same corporate umbrella. 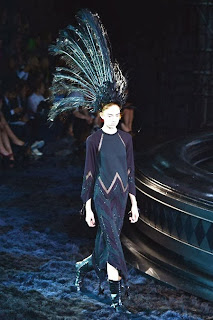 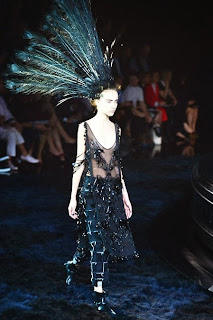 Not being a fan of Mr. Jacobs, it pains me to say that it is amazing  that within this extravaganza of excess, the designer has managed to produce some covetable if not staggering pieces.  The level of detail is in many cases rivals that of the haute couture. 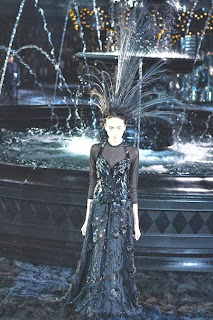 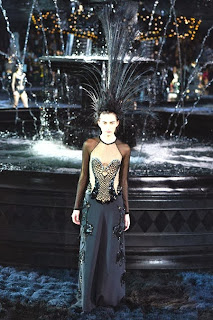 Here is an extreme case that the clothes outshine the venue and that the clothes assume the starring role as opposed in the past when they were seen as being supporting cast to the venue.  What comes to mind here is that since the clothes are so out of the realm of reality that the collection might be the best he has ever produced? 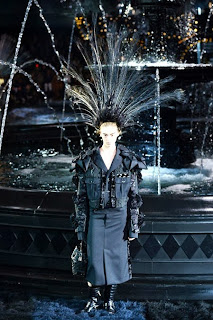 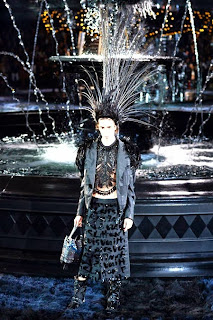 In ending, Mr. Jacobs has generated more fodder, more free publicity than LVMH could ever have hoped for, most importantly he has generated HUGE amounts of wealth for himself and the brand.  My hope is that he enjoys his wealth and hopefully he has his health and will just fade out from this brand in great comfort.


PS… if the rumor mill is correct and Ghesquiere is next in succession to the throne … good luck with that!
Posted by FASHION BY THE RULES at 7:54 AM