There are few words that can describe my awe and respect for this man.  He first reached legendary status during his early career as a behind the scenes participant during one of greatest magazine/editorial eras of the 20th century. So, today, we speak of Rick Gillette as he is known professionally. We will speak of what was and what is … the past and the present. 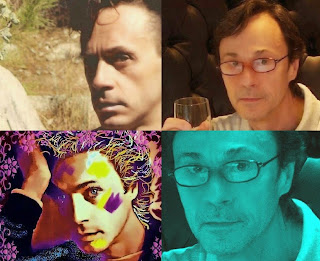 The past life of Rick Gillette included collaborations with so many of the legends and greats: editors, photographers, stylists and magazines. Think Avedon, Newton, Mellen, Hiro, Karen Graham, Lauren Hutton, Penn, Vogue, Vreeland and many more! Rick was behind the scenes on some of the most iconic magazine spreads ever to be published and then he moved behind the camera, tested the waters of design and finally to his destination as gallerist, curator and collector. 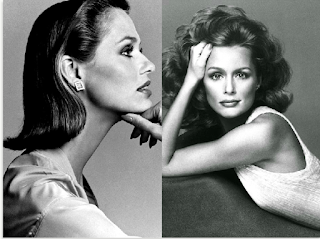 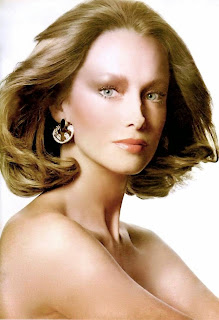 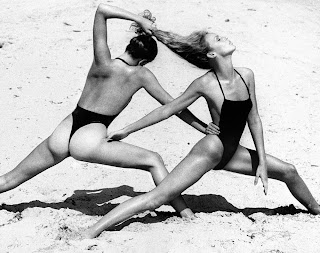 In his present incarnation, we find Rick Gillette as the proprietor of a 3,000-square-foot space by the name of FRG OBJECTS & DESIGN / ART in Hudson, NY. The space serves as showroom, selling floor and gallery space where he exhibits contemporary modern artists who exemplify the spirit of our times whether it is art, furniture or accessories.  One such artist is Sean-Paul Pluguez who will be featured in a one man show at FRG beginning May 16th. The “Gold Project” or Vault, as it is called, will speak to the power of the color, the material and the transformative power that it possesses when everyday objects are sheathed in the molten liquid. 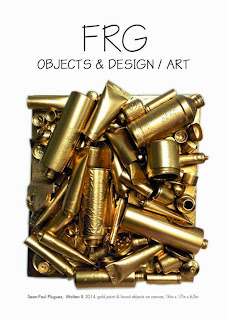 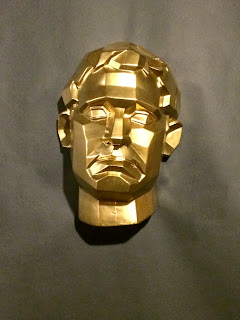 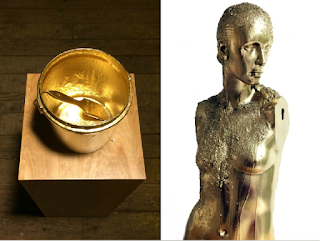 "For centuries, gold had a profound impact on history, as a symbol and a storehouse of wealth accepted universally around the world …. When people are worried about political instability, war or inflation, they often put their savings into gold."  Oddly enough this quote is from the Federal Reserve Bank and yet it sums up so much of how we view the color and the emotions that it evokes.

When thinking of gold within the art world one might journey back to so many religious works of the 14th and 15th century or even to a more contemporary point of reference such as the Portrait of Adele Bloch-Bauer by Gustav Klimt. Pluguez utilizes the potency of gold to demonstrate that it can transform the most common of objects into works of art. For some reason, to me, there is a surrealist overtone in some pieces. 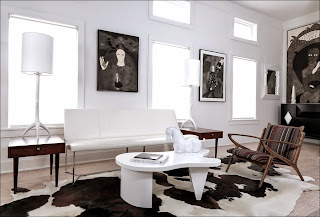 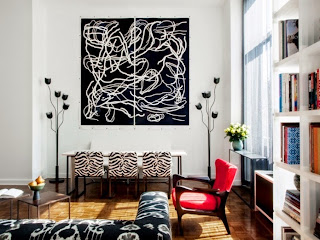 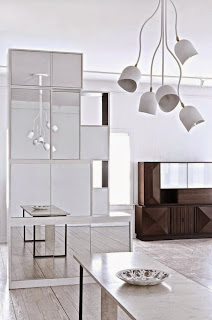 The point is that you simply must get yourself to Hudson New York and explore the world of Rick Gillette. You might be lucky enough to engage him in a conversation about what was, but you might be far more interested in the present.

I took the liberty of asking 3 questions which should give you sufficient background and insight into the mind of this virtuoso! ... So here goes …..

1-In your current incarnation as gallerist/curator/interior designer; art, furniture or photography what is your end game? In other words what would be your goal and why did you decide on this?
End Game? I’ve never really known why I do the things I do. When you are driven by desire you don’t always think about where you’ll end up. My life has been and is a never ending journey toward a vision. The medium I work in changes, my financial situation varies but the process and doing the work is where I feel a kind of peace. It has never been about money or fame for that matter. I really only use those things to fund the next project and I’ve rarely planned what that will be. Life changes, demand for the quality of what I do may wane, I reach a creative limit and rather than fight it, move on.
For better or for worse I rarely accept “good enough” it’s always about the potential in something.
I value great art, architecture & design and recognize when something is brilliant, too perfect to change! Even then I tend to focus on a part or section of it and think that’s beautiful in itself. How can I use that in a new way, show its relevance and value in today’s world?
That brings us back to your first question, my goal is to make and show beautiful art and design, to nurture and support other artists and give the public the opportunity to have things in their lives that broaden their perception of who they are and what home can be.

2-Can you describe or recall your most memorable moment as well as your biggest nightmare (people, places, etc.) during the glory days of Vogue et al?
I think I would have to say that my most memorable moment was in the early eighties. I was working on a proposal for a beauty book and my agent asked some of the greats I had worked with, Penn, Hiro, Polly Mellen, Andrea Quinn, Martin Stevens VP at Revlon etc. to say something about me. Reading their comments had me in tears. I had never really known how they viewed me even after more than a decade of working with them. I had been told in the beginning that I could not do both Hair & Make-Up, it just was not done, no one could do both well. Something gave me the courage to say that that’s what I do; I stuck with it and had to stand up to the biggest names in the business throughout my career. Someone had said early on you are only as good as your last sitting and I took that to heart and I approached every job as if that might be true. I obviously continued to work long enough that by 30 I was being called a legend in my own time and the most difficult person in the business to work with. Well, so when I received the quotes we requested and I read what people had said about me and working with me which could not have been more warm, positive and to the point about how and why I worked the way I did I was more than touched.

I mentioned some of my great nightmares above but I think the worst of it was when I was transitioning into photography, when various editors and art directors who had time and again thanked me privately for pushing everyone to do our best work, for the magazine awards, sittings we had done together had won, promotions they had gotten, I could go on and on….
And yet when they could have truly supported me as an artist, someone dedicated enough to give up everything to continue to evolve in the world I had practically grown up in, they would not work with me. Moreover the most powerful man at Condé Nast would not allow even his most trusted associate to give me a photography job and we never found out why. That was probably the worst betrayal of my life.

3-if you could incite any 5 people to dinner who would they be and why?
Who would I invite to dinner? My parents, to thank them for never trying to determine my life for me, for telling their 5 boys four of which were gay that we should do what made us happy as long as we were GOOD people.
The photographer Hiro who was never unkind to me, condescending or critical of my decisions. He was brilliant and funny, when he didn’t quite get the make-up I had done for a cover for Italian Vogue (I had decided to do completely different make-up on Lauren Helm’s left and right eyes) he looked at me smiled and said Rick I’ll give you all the rope you need!  He was also interested and caring regarding my personal life, business queries and all for my taking pictures, when I showed him some work he said without hesitation “beautiful you should be shooting covers.
Helmut and June Newton for many of the same attributes as Hiro and for taking me under their wing in Paris. When I called Helmut from NY furious that American Vogue had cancelled us to shoot the French collections, he said get yourself over here we will do them for French Vogue together, I did and we shot them and he gave me my first Paris Vogue cover with Dale Haddon.
Best of all when I met him at dinner in the South of France to work for American Vogue he said Rick sit here next to me, during dinner he whispered to me “I have a present for you, it’s coming with desert” so just as desert is being served in walks Peter Keating, Helmut kicks me under the table and quietly says “here’s your present right on time”.
Franklin D Israel, Architect and Professor of Design at UCLA, the best male friend of my life. He was the first person who recognized and supported me in my talents beyond hair & make-up. He was incredibly intelligent as you can imagine, and it was so inspiring to discuss endless things that had nothing to do with fashion. When I called to tell him I was selling my Park Ave. apartment and wanted to buy the top floor of a Gothic sky scrapper in New York’s financial district he got on a plane from LA to look at it with me. When I said we should gut it and create a Barragan village for my home and studio he might have thought I had lost my mind, but we did just that. Not only do I consider that loft my greatest achievement as an interior designer it changed the course of his career as an architect; he became one of the top in his field. Just before he died of aids in 1996 MOMA LA gave him almost the entire main floor of the museum for a retrospective of his work. Unwell and weak he walked me and my photography assistant through the entire exhibit while the museum was closed to the public, he took us to lunch and back to his home where we talked of our lives twist and turns, called our friend Duggie Fields in London who had introduced us in the early seventies, and hugged good bye. I never saw him alive again.

www.frgobjectsanddesign.com
Posted by FASHION BY THE RULES at 8:32 AM