Words to this effect have passed these lips many more times than just once… “And Karl laughs at them all!”  Well it is conceivable this time that many are now laughing at him for what he thought would be a grandiose show of Chanel prowess. 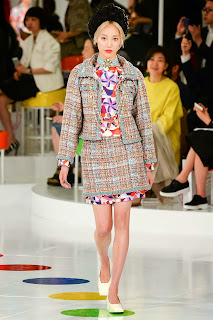 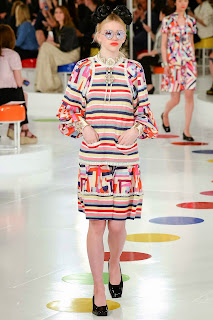 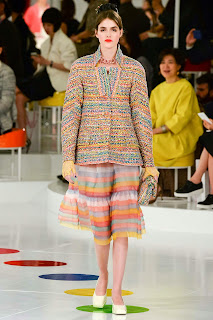 It wouldn’t be the first time that a brand tries to hide behind technique, i.e. Dior, but Chanel has more than usually outpaced its competition by showing clothes that are of “mass appeal” to its clientele which unfortunately these days includes men and kids. This season may just be the “season of our discontent” with Chanel. Let it be said now, I am great fan of Karl  for his unapologetic hubris and his ability to mine gold season after season no matter what … but WHOA NELLIE! 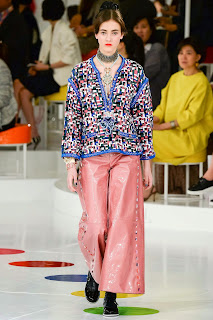 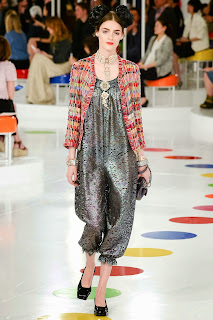 To my eyes there is very little that can be said to be appealing. The cartoonish collection is not just about the kewpie doll styling but the clothes... oh the clothes! They are unflattering no matter how you look at them ... shapes, proportions, silhouettes, fit, shoes, lengths, you name it... it aint good.  Yes, there is of course extraordinary workmanship but hell the clothes are ugly so who cares.  Before I ramble on and on about the unpleasant appearance of it all. It must be pointed that there are a FEW pieces that are extraordinary ... only A FEW! 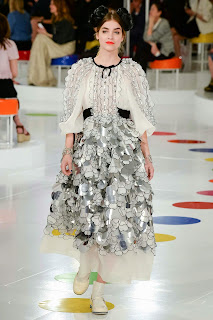 If forced to say something good, I might say the palette is appealing as well as suitable for the season and okay maybe one more thing and that was the necklaces which were amazing but the buck stops there ! 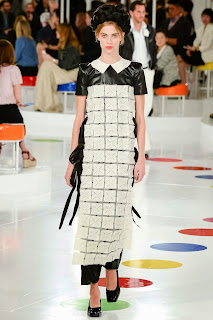 Yes, every designer, including Karl can have a boner of a season but in keeping with his usual M.O. this was a lulu of unsightly. So, in the end one might say oh well can’t win them all or a collection like this is one that demonstrates we are all human and can fail once in a while. One would just hope not this miserably! 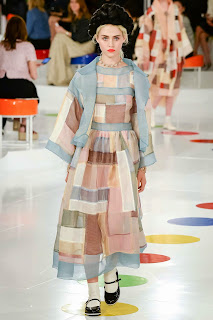 That’s all folks!!
Posted by FASHION BY THE RULES at 8:16 AM