Hard as it may be to believe, each season my mindset leans towards optimistic when it comes to Dior. Each season hoping against hope that Raf or those in the true seat of power will find a way to reclaim what was once the glory of this brand. 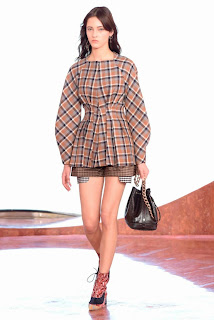 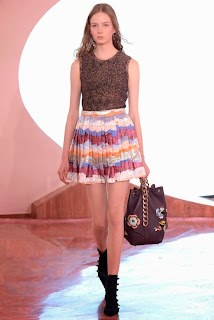 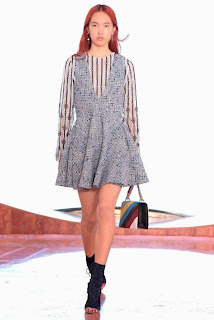 This season there was only a GLIMMER of hope in that someone, in their infinite wisdom made a statement with the “bar” but sadly they forgot to tell Raf that in “returning to the architecture of Dior, that meant the jackets had to fit.. OOPSY! If only Raffy could focus on the what the DNA really was and not what HE thinks it is let alone his preoccupation with HIS own blah blah blah , he might just deliver a collection worthy of the name. 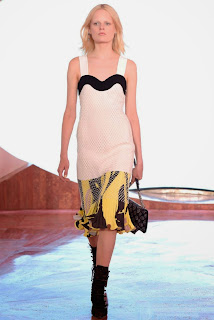 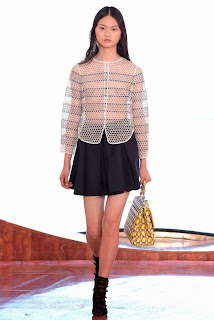 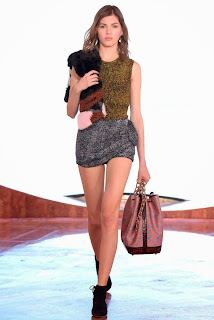 Rather than rip this excuse for fashion to shreds, it is simpler to say that Dior gets sadder and sadder each season. Did anyone think that “borrowing” the hard metal and large link chain from 80’s Prada would go unnoticed? Did anyone think that those shoes will make women squeal in pain not to mention make their feet look huge? Maybe it is just a case of does anyone think at all? 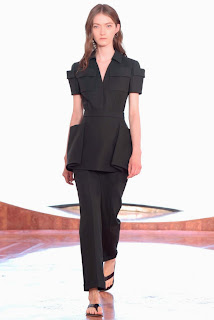 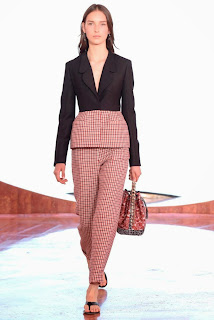 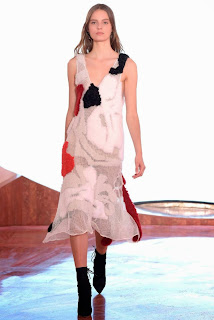 What did come to mind is that the collection looks like Claire McCardell dropped acid, went to work for John Meyer of Norwich and then sped off to Biba for a dose of 60s flower power dressing and wound up in Forever 21. WTF happened and who cares about the location albeit fabulous, it surely didn’t make the clothes look any better despite Raffy’s concerns with the visuals of it all. 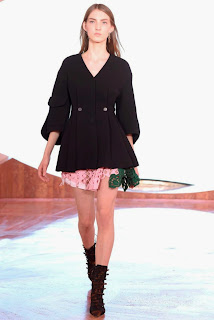 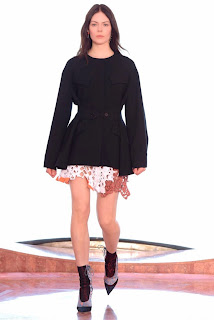 Posted by FASHION BY THE RULES at 1:02 PM