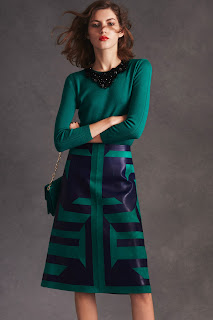 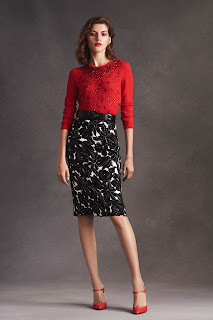 One would think that with all these areas covered in one way or another that the collection would have been a knock out. On a scale of 1 to 10 I would say 8 and maybe even 7.5. There were several factors that were truly out of character for the brand, the most prominent and reoccurring is that that the collection lacked the polish, finish and superb presentation that we have become so accustomed to over the years. You know … a few pulling and puckering seams and some hems too long and assorted fit issues. 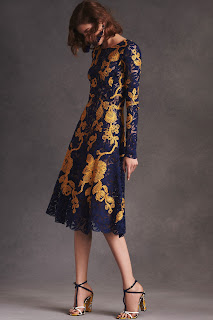 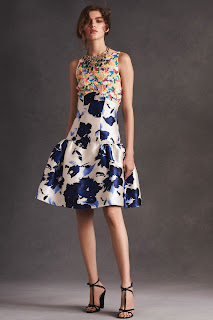 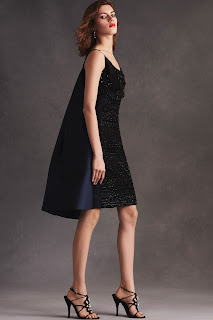 Peter Copping is more than respectful of the brand’s DNA as well as its vocabulary but it was disappointing that the some of the pieces appeared to be ill fitting and in some cases possibly even not living up the standard of manufacture that has become a trademark of the house. Some pieces seemed not to fit; some pieces seemed to lack the impeccable finish and sharpness that has always been present every season. Could it be that it was a bit too “comme il faut?” 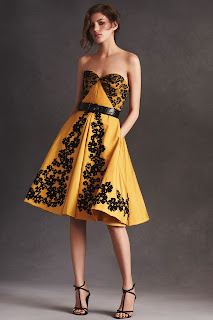 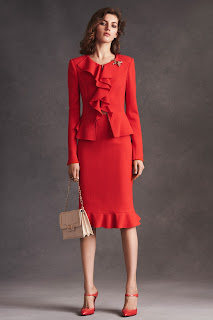 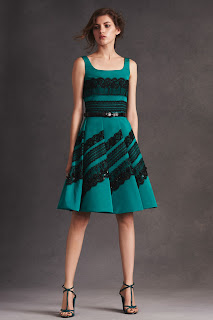 The clothes themselves were more than passable  and in some instances amazingly outstanding in their beauty and conception but then on the flip side there were some that looked frumpy and not quite in keeping with the M O of the brand. Amazing were the Balenciaga inspired gown and cocktail dresses with the fitted front and trapeze back, the hi-lo hems and 2 short dresses of teal and marigold with lace appliqués.  Then there was a red ruffled suit and a print sun dress that appeared to have been sort of just of thrown on and photographed. There was an element of slick raffiné that seemed to be absent in the overall presentation... it was going 9/10 of a mile and not the full distance. 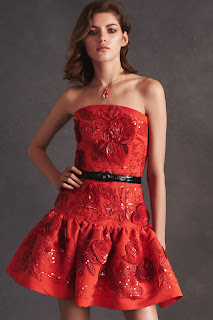 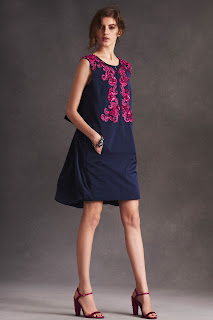 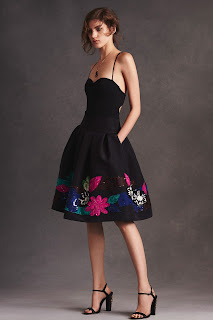 It was brought to my attention that the collection had a very “Anna” influence which is not entirely a bad thing as no matter what one’s feelings may be about her she has in her own way redefined what a working wardrobe can look like. In particular those little “shruggy” like cardigans and abbreviated suit jackets as well as the prints themselves that “she” seems to be so fond of! 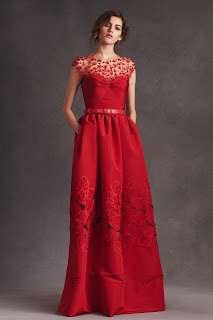 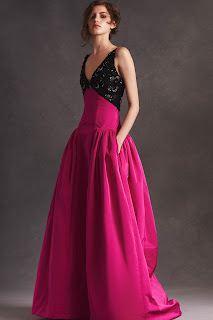 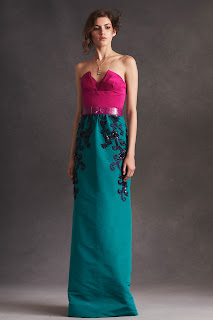 The take away here is that there is plenty to satisfy the cult of Oscar and that there were no huge boners that can be pointed to and the so called commercial aspect of the collection has not been lost while still retaining the essence of the brand. Mr. Copping is no doubt treading lightly and not ruffling any feathers which is great and I think in due time, the collection will bounce back to where it once was when Oscar was still designing and that will be the ultimate reward for Copping. The time has yet to come and may never come that Copping exerts full creative control………. And by the way ... sounds good to me!
Posted by FASHION BY THE RULES at 8:15 AM