Willkommen Schloss Chanel is all that can be said of this collection. Karl as usual has flexed his magic muscles, waved his wand and delivered a collection that is at once modern, historical, nostalgic, feminine and somewhat unexciting. Let’s add to that, more than a flavor of lederhosen for men and women, folkloric embroideries and a more than a heavy helping of the Tyrol! 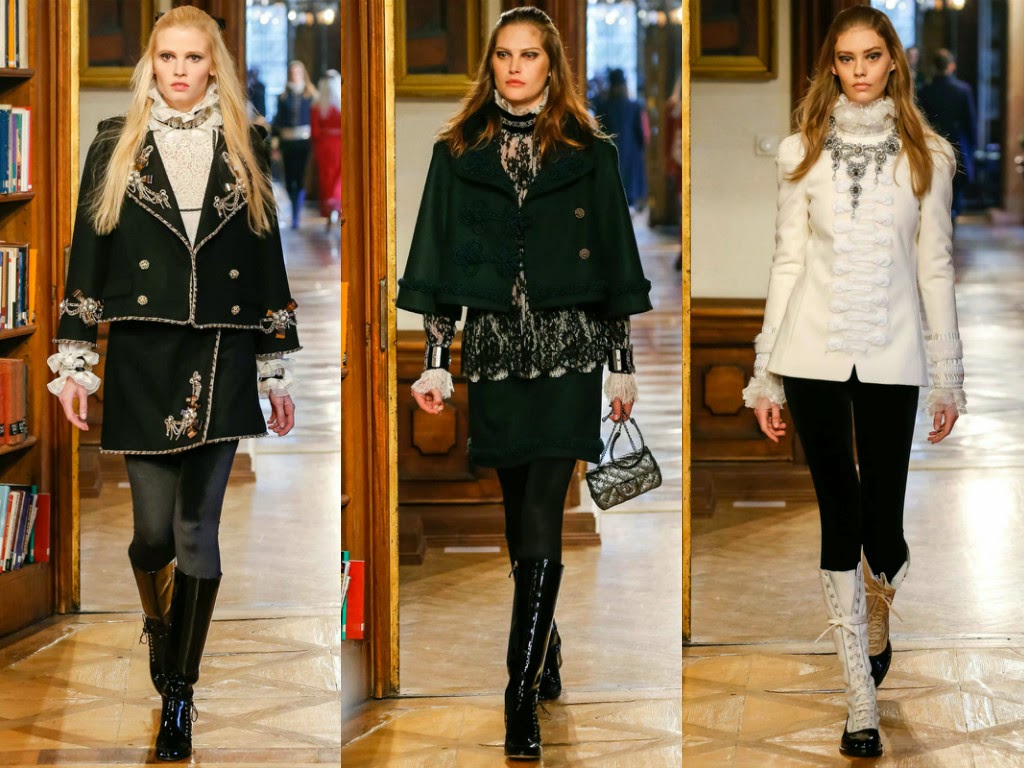 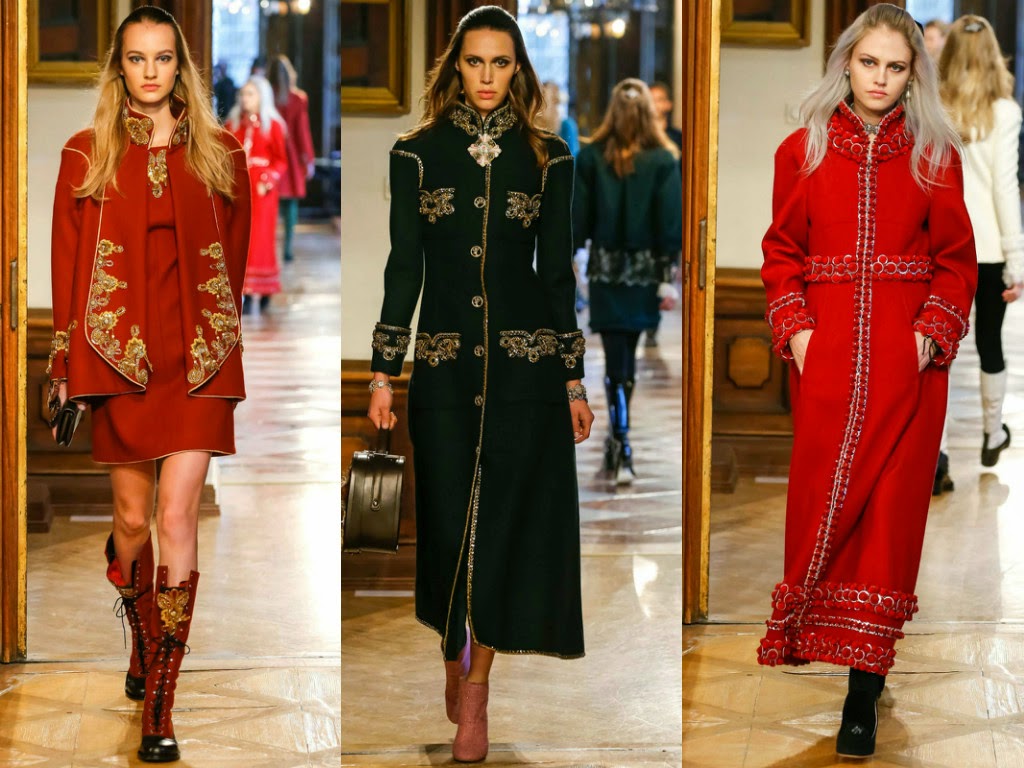 As is the now the Chanel norm or the KL norm, the collection is huge and includes a jillion variations on a theme, so much so that by the time you have looked at almost 100 exits, you might think “when is this over?” Make no mistake, the workmanship, details and execution are beyond sublime but the silhouettes and combinations are not exactly up to what we have come to expect from past Chanel extravaganzas. Sad, that we become so jaded even when we view such incredible clothes. 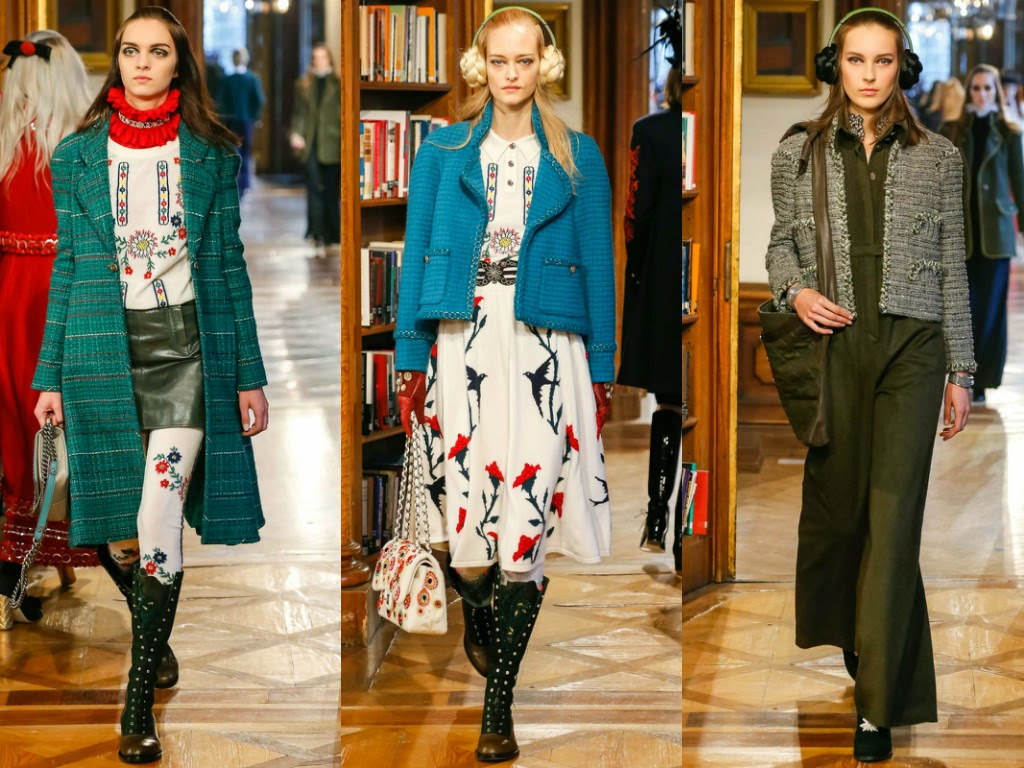 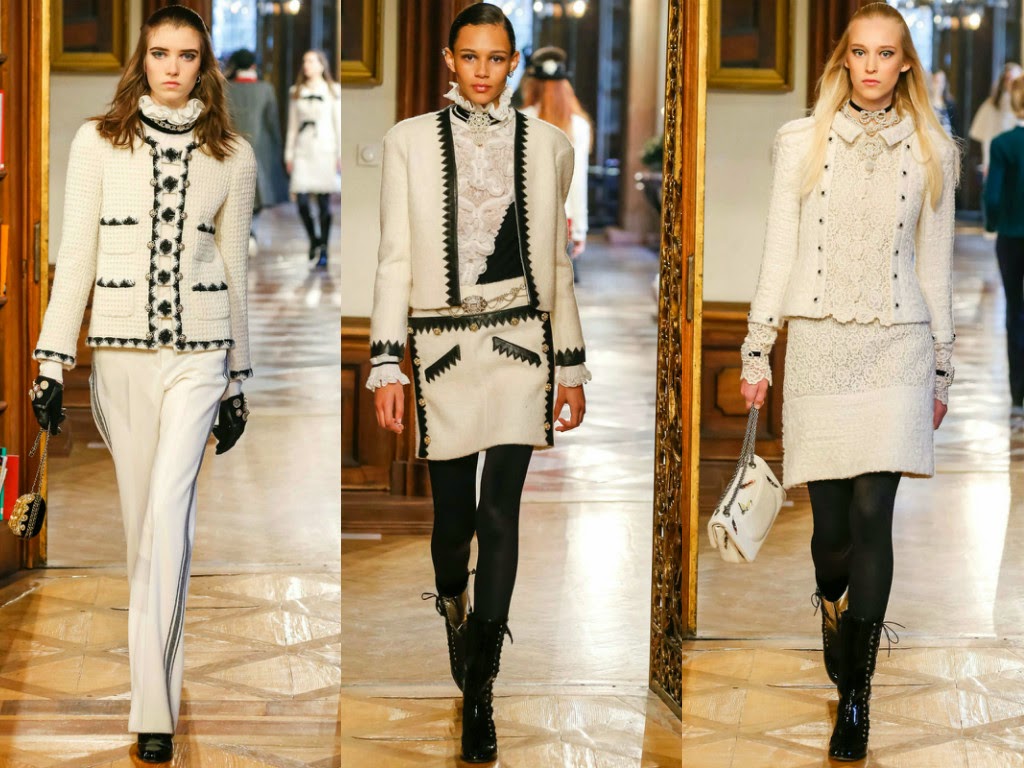 One wonders what would be said of a collection such as this which is so heavily themed if it had been produced by a different brand and/or a different designer. Would you say “Oh yes, It’s so von Trapp!” or possibly “turn left on Schadowstraße until you arrive at Hildegard Knef’s house” or just maybe “it’s so Geiger!” There is no question that our opinions are highly influenced or perhaps even blinded these days by the power of the brand and/or the designer at the reins and this collection would be a stellar example of that instance. 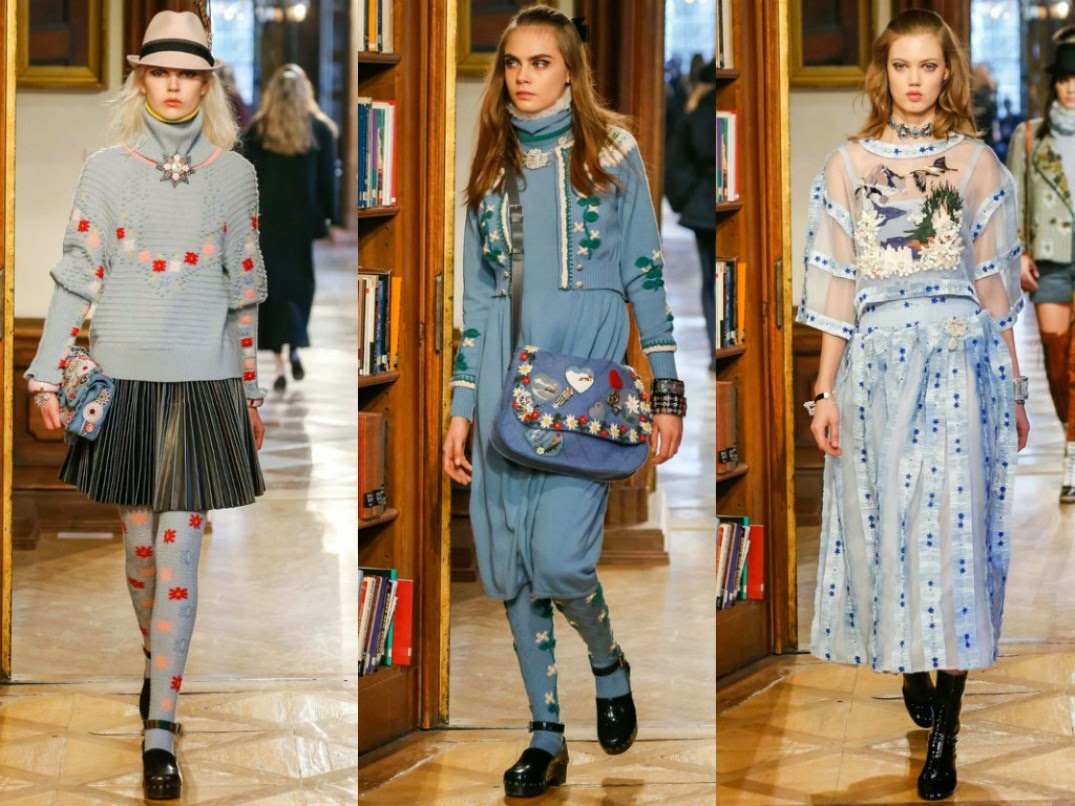 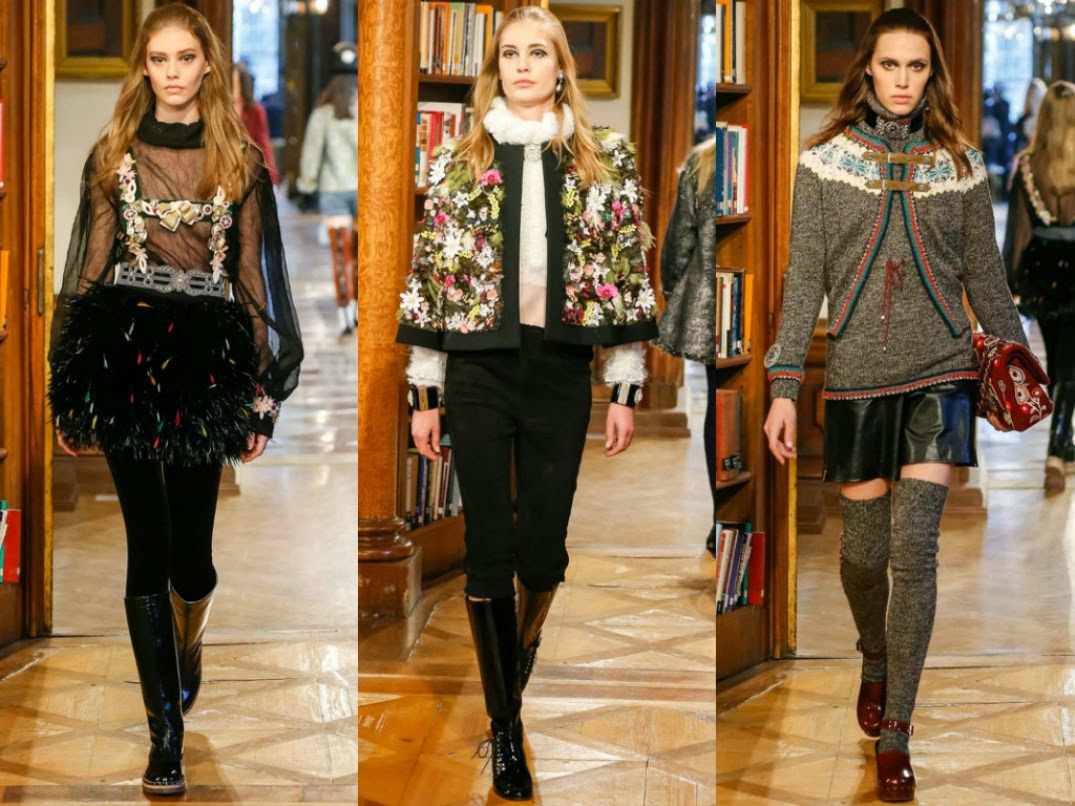 Rather than provide a serious review of the collection, it might be far wiser to just examine who will really benefit from the collection and who exactly can afford a piece of this collection. It is safe to say that the audience that is being spoken to or addressed will be head over heels and chomping at the bit to own something/ anything from this Alpine sojourn. 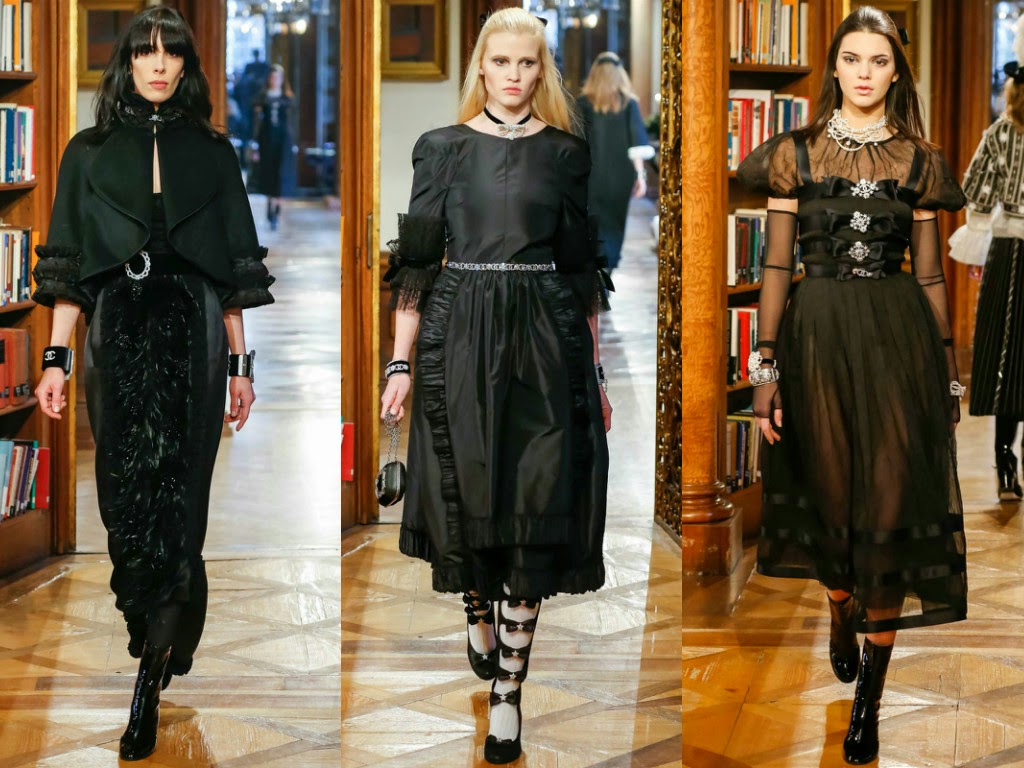 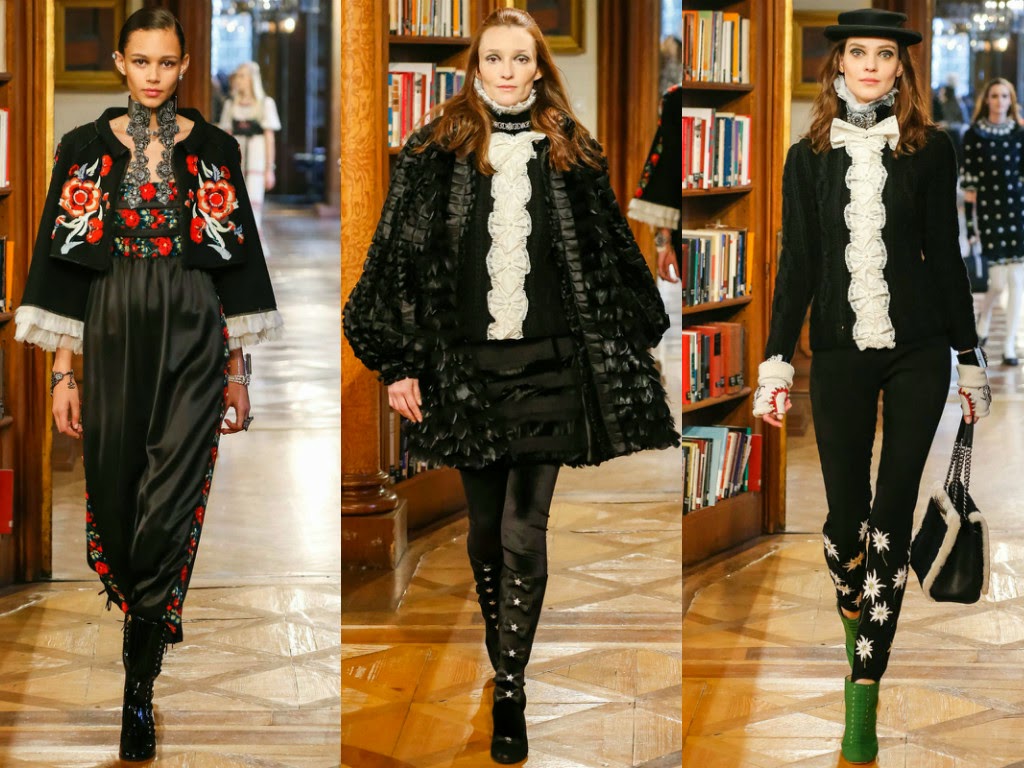 P.S. just in case you need to know there are some spectacular pieces and some mega clunkers but it is all to be expected when you throw it all up against the wall ..so to speak
Posted by FASHION BY THE RULES at 8:14 AM