What can one say? If one can say nothing else, one can surely say that Donatellamommamia is persistent and if one wanted to take it a step further you might say erratic! It would appear that when she doesn’t seem to be trying that hard she shines and shows herself and her brand off to their greatest advantages. 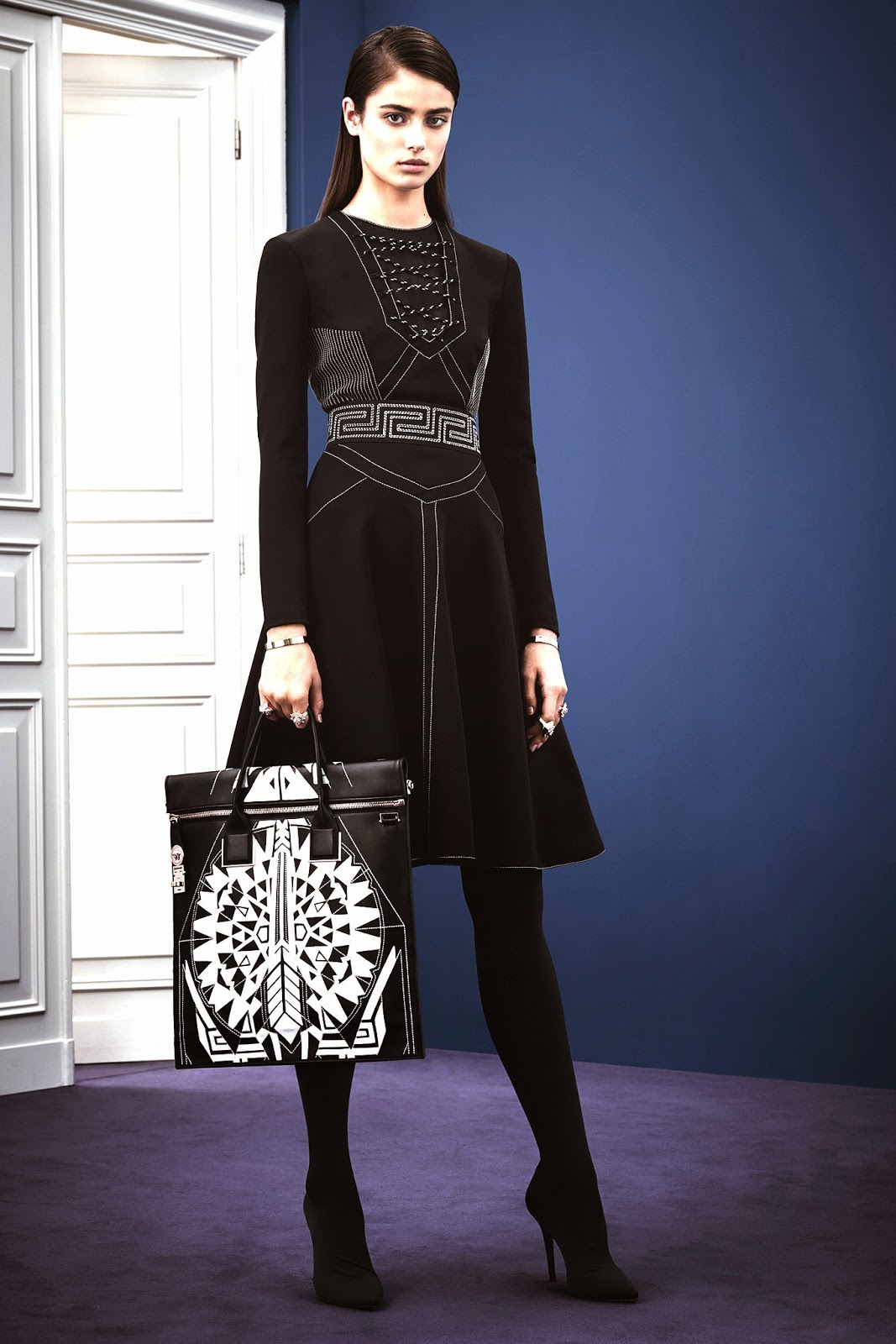 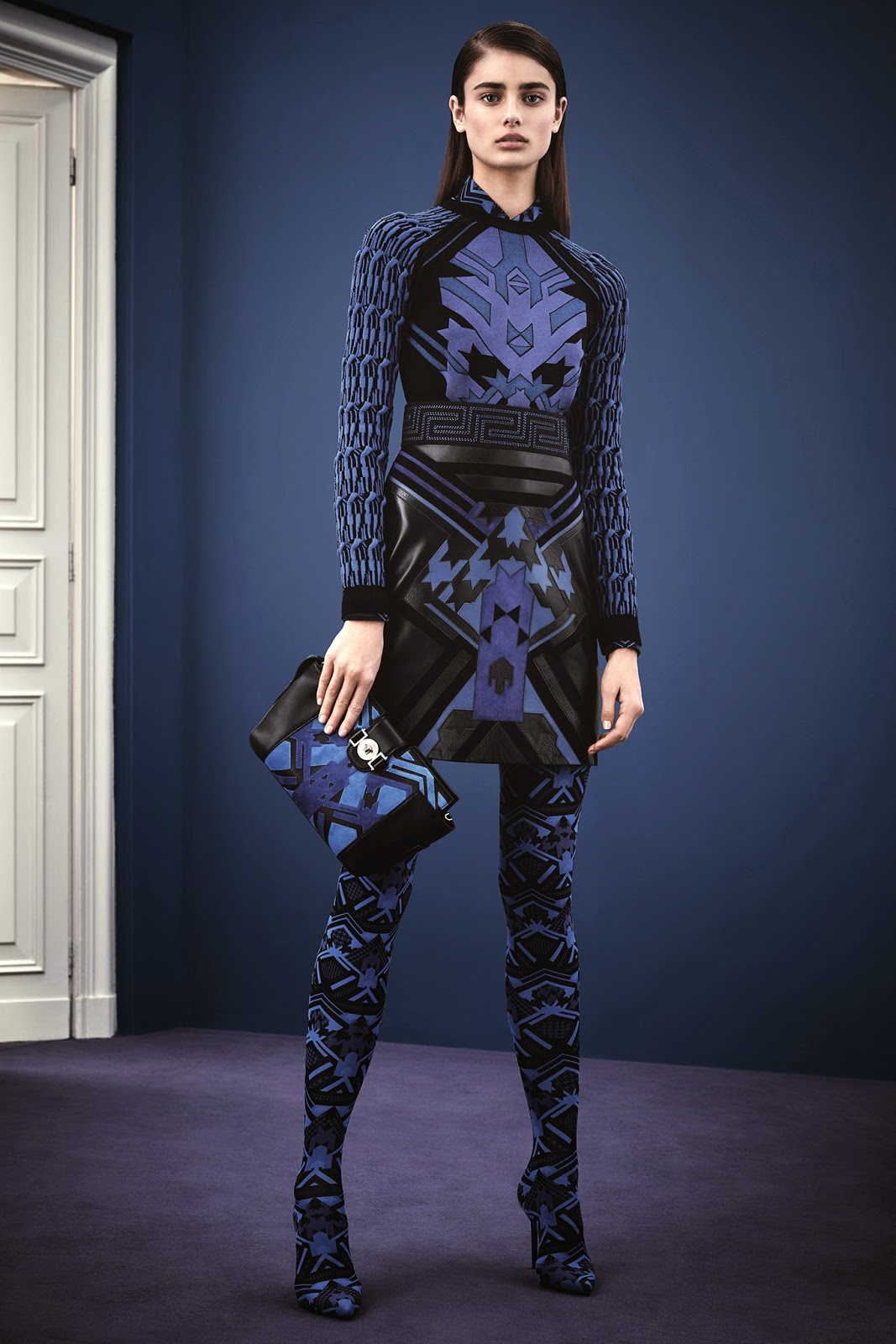 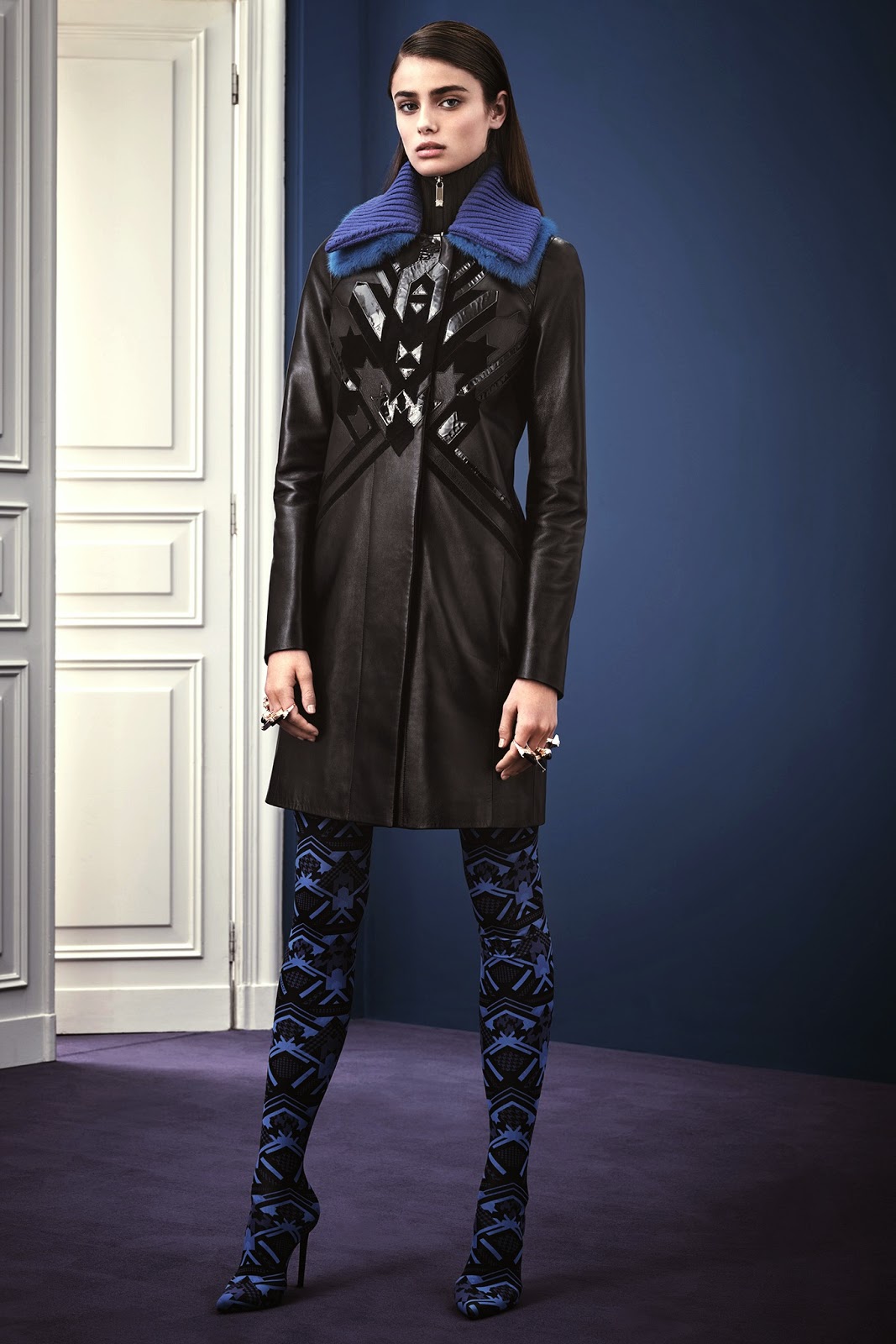 Pre-fall is full of clothes that can actually be worn outside of  eastern Europe or the orient and that in of itself is a great accomplishment for the brand as well as the designer. Apparently the requisites of pre-fall are strictly adhered to this season  as these are clothes that can sell provided of course that they appeal to you. Ms. Versace has decided to reference the iconic safety pin dress through various incarnations and interpretations of lashing and “staples” or rather a flat connector bar of sorts.  In some cases it is quite effective and in others not so much which holds true for her color blocking and knits. 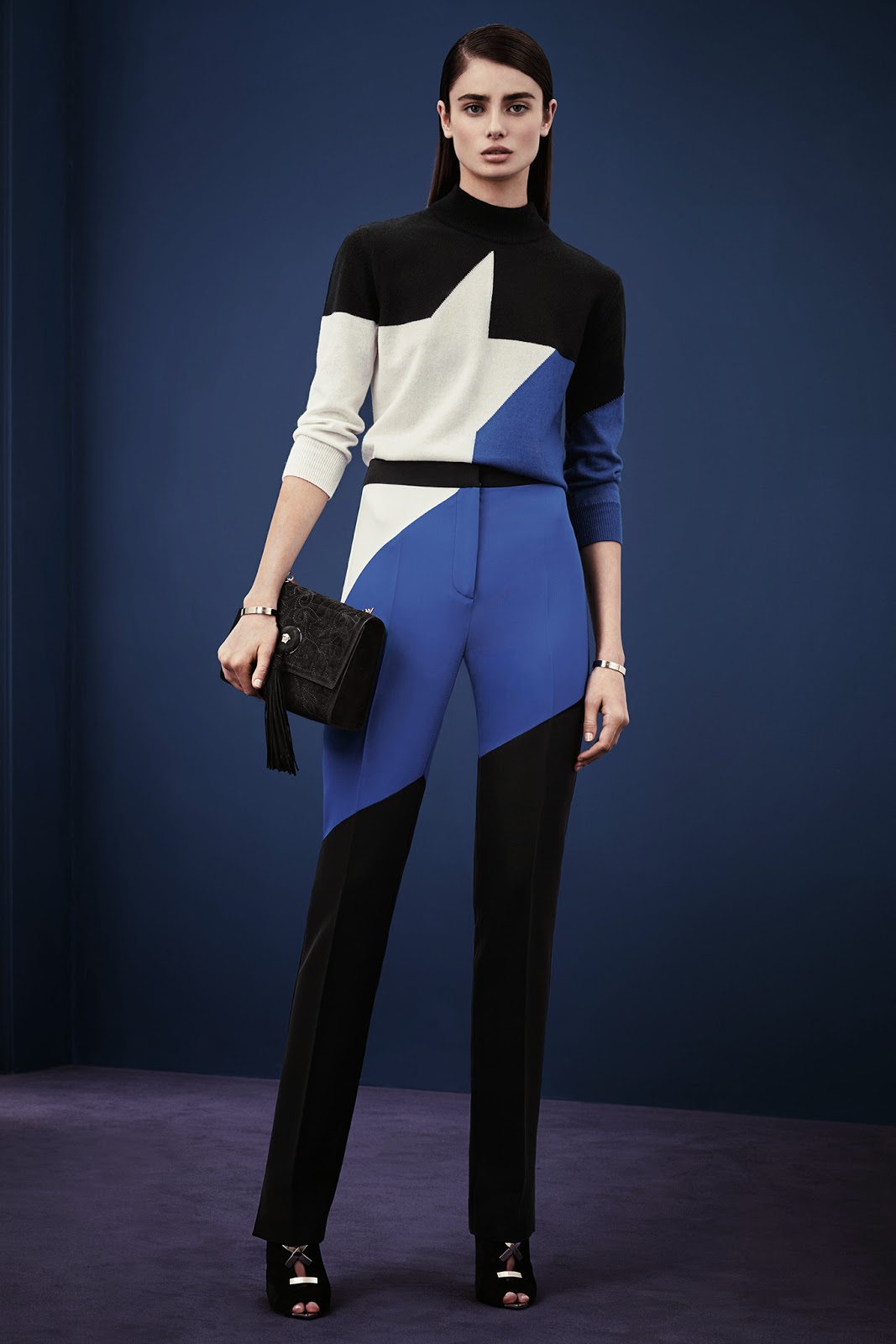 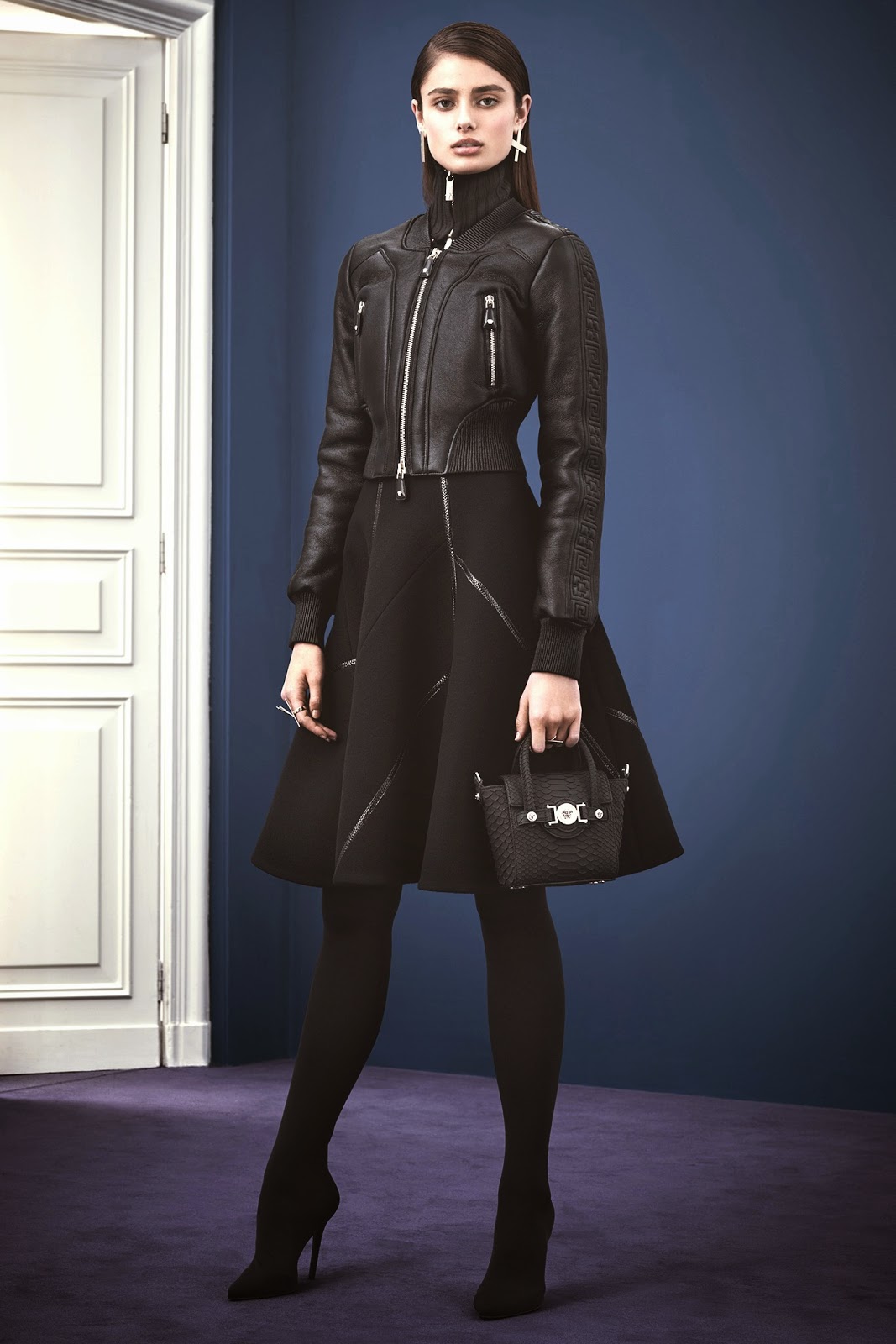 Her ode to houndstooth is okay but nothing to yell about as it gets a bit confusing especially in the knits and the patchwork type patterning. Where she is much more successful is with the leather work and the use of the silver studs and lashing on the all black pieces. Even the silhouettes prove greatly appealing in those pieces especially the slimmer top paired with the full skirted bottom. Rarely does Ms. Versace deviate from her come and get it shapes but this season she surely takes a path toward reality based clothes and that includes shoes and hemlines. 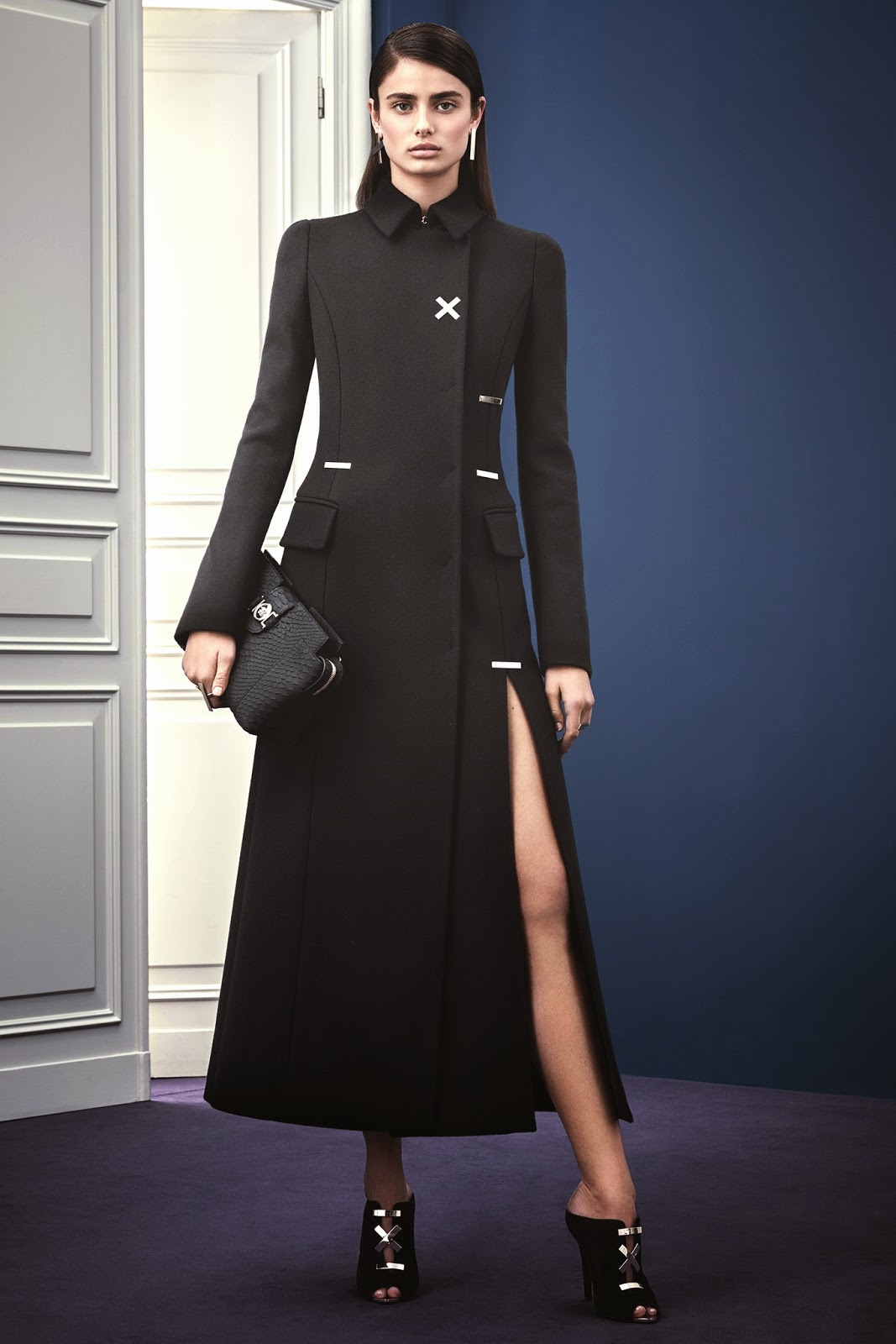 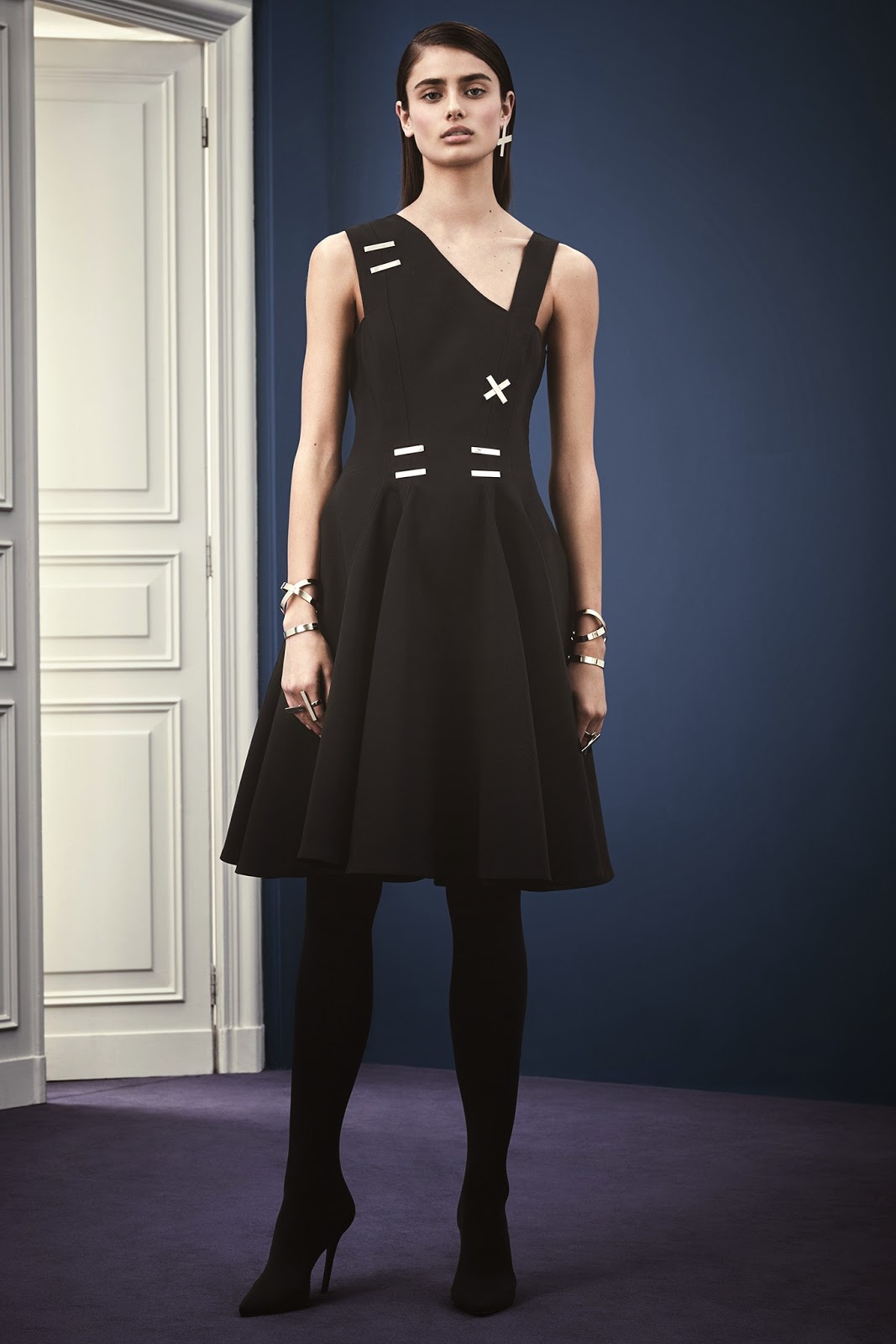 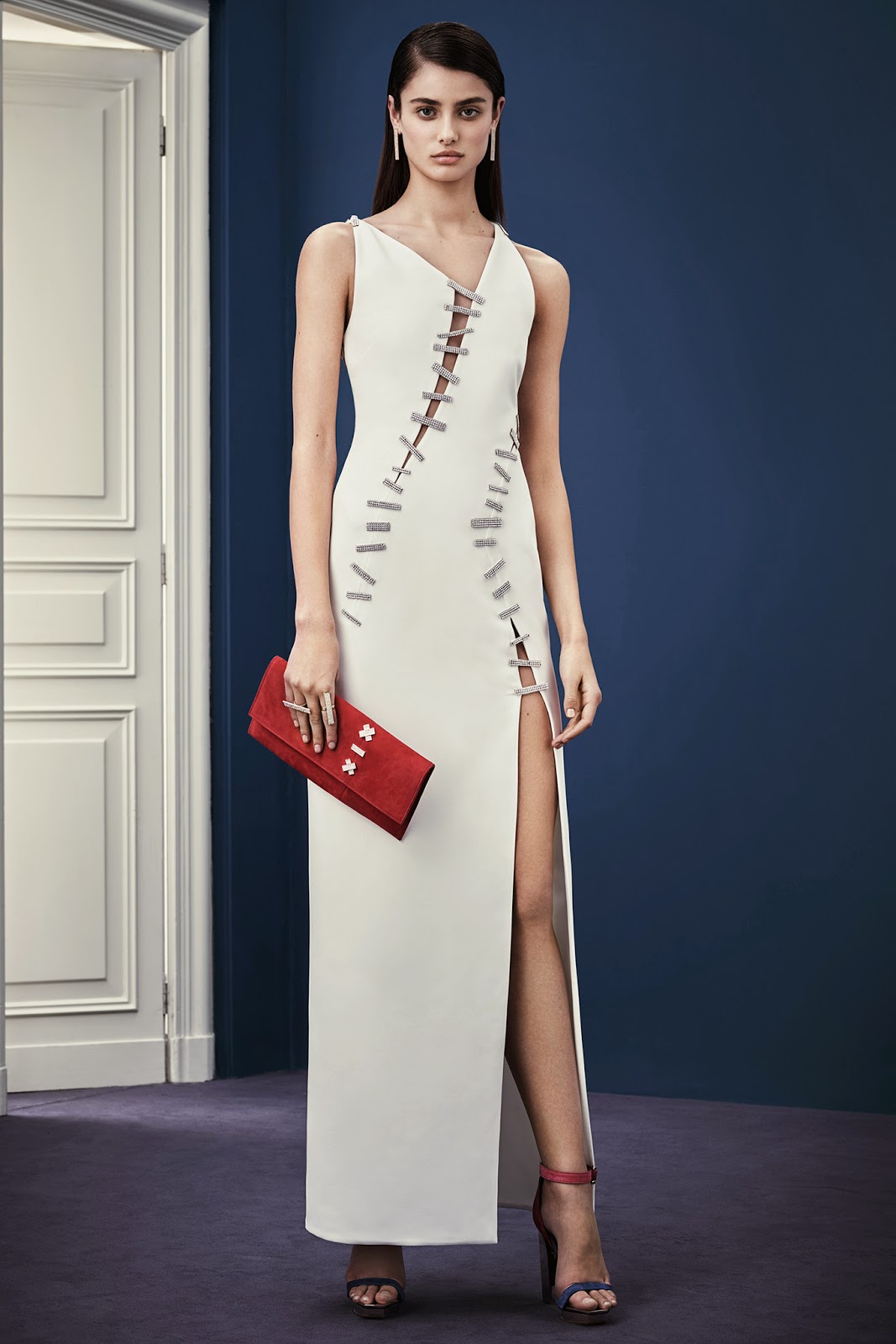 Posted by FASHION BY THE RULES at 1:59 PM