Bravo Raf!!! You have done it!! You have successfully turned the legendary house into a contemporary sportswear resource! At couture prices! JUST BRILLIANT!! 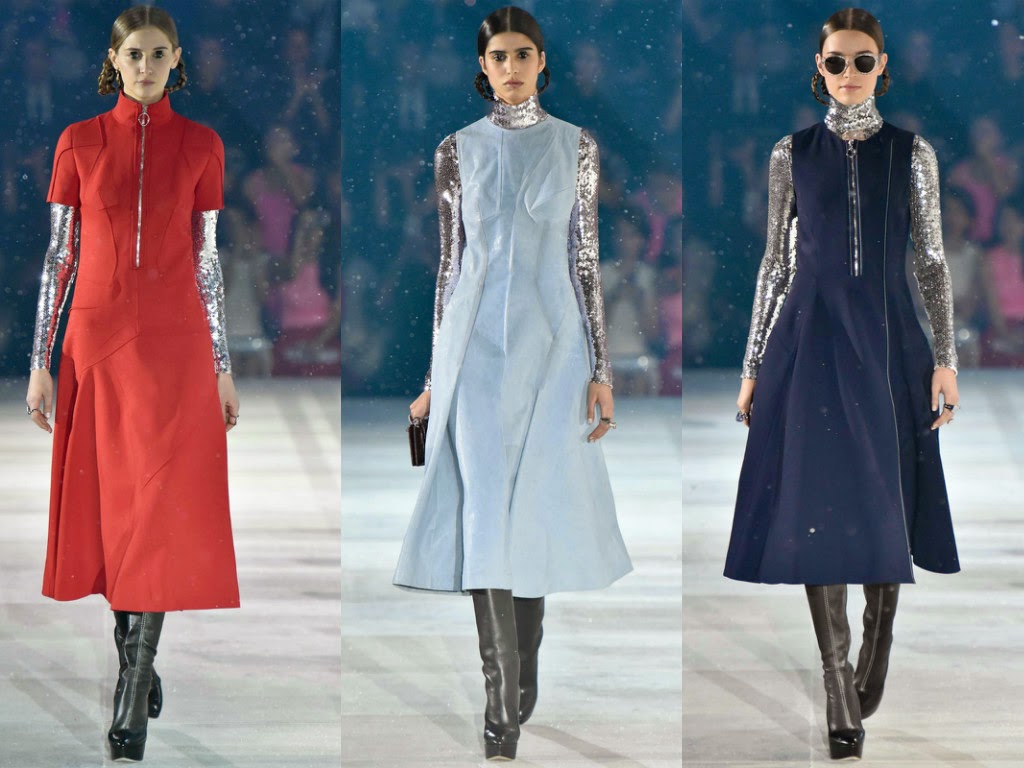 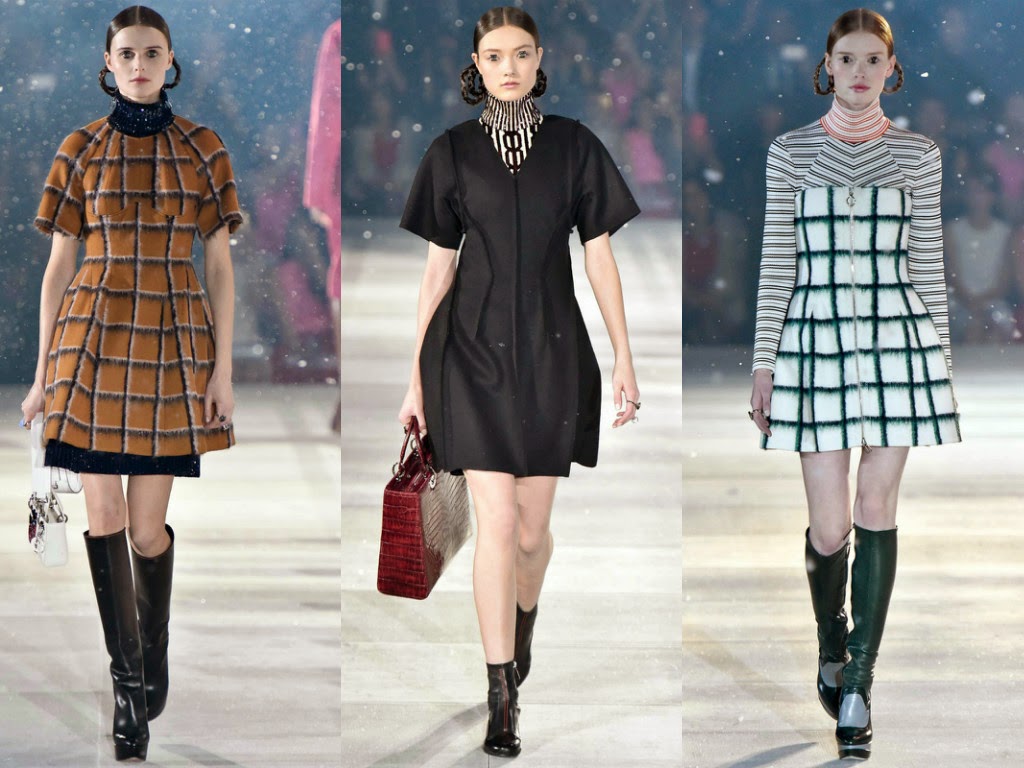 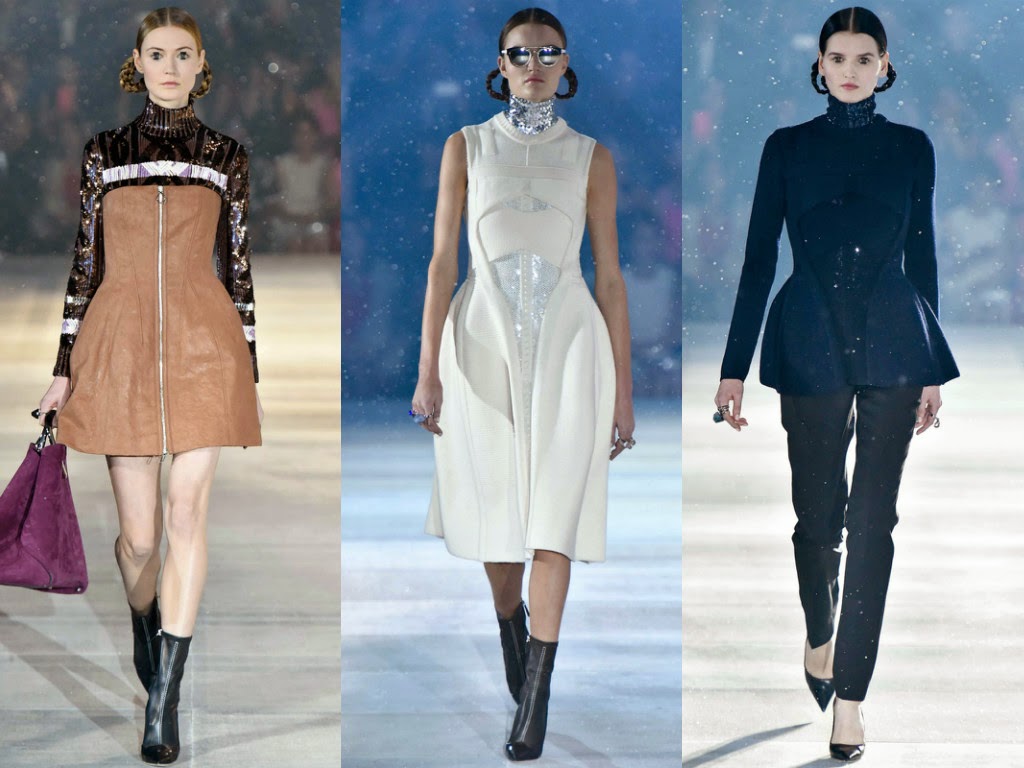 This Tokyo extravaganza will no doubt be lauded and drooled over by the fawners and the blind but what exactly are they raving about? Let’s see: could it be the second skin glittery underpinnings? The clumsy jumpers? Maybe the heavy handed “ode to a bar” ... no matter as there are very few original thoughts here and even less flattering clothes. 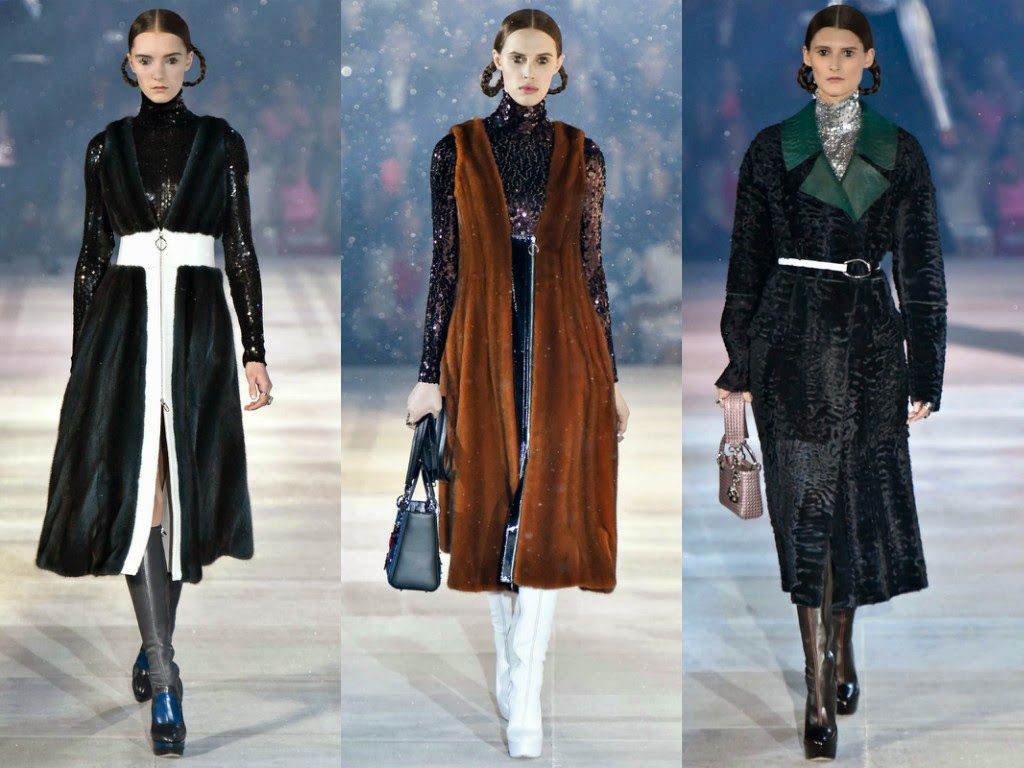 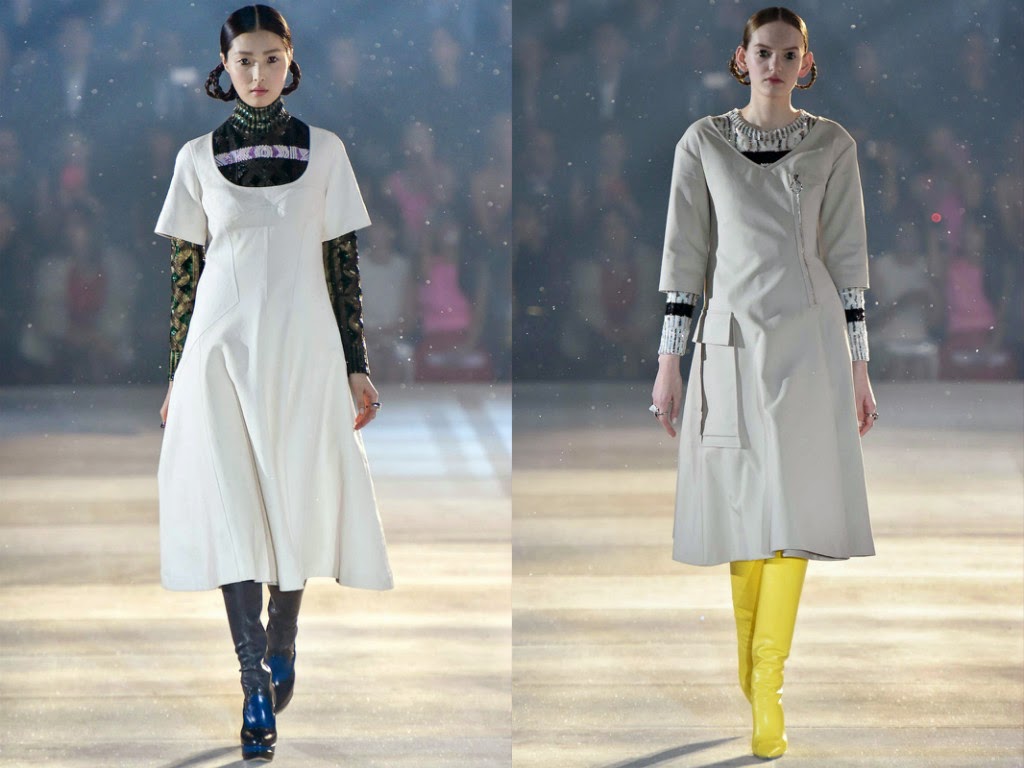 Okay so, undoubtedly there will be talk about the fair isles and arans which Jean Paul Gaultier did so much better in his couture versions or maybe the furs or maybe the electric blue boots or maybe the fact that there must be no mirrors in the maison. 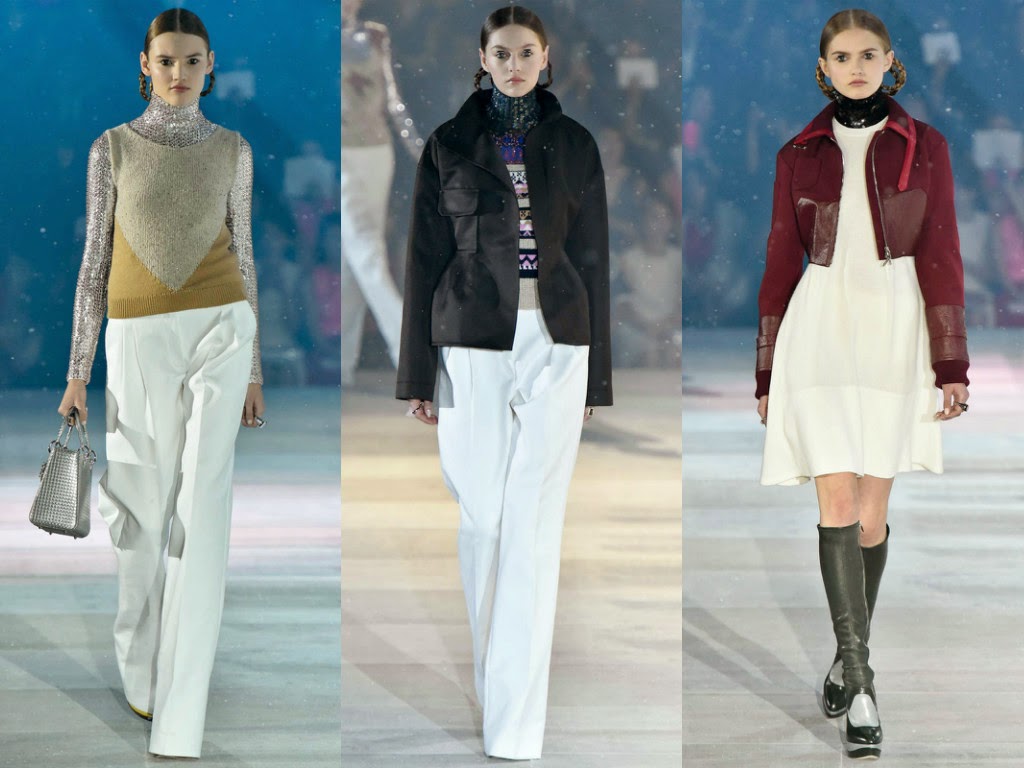 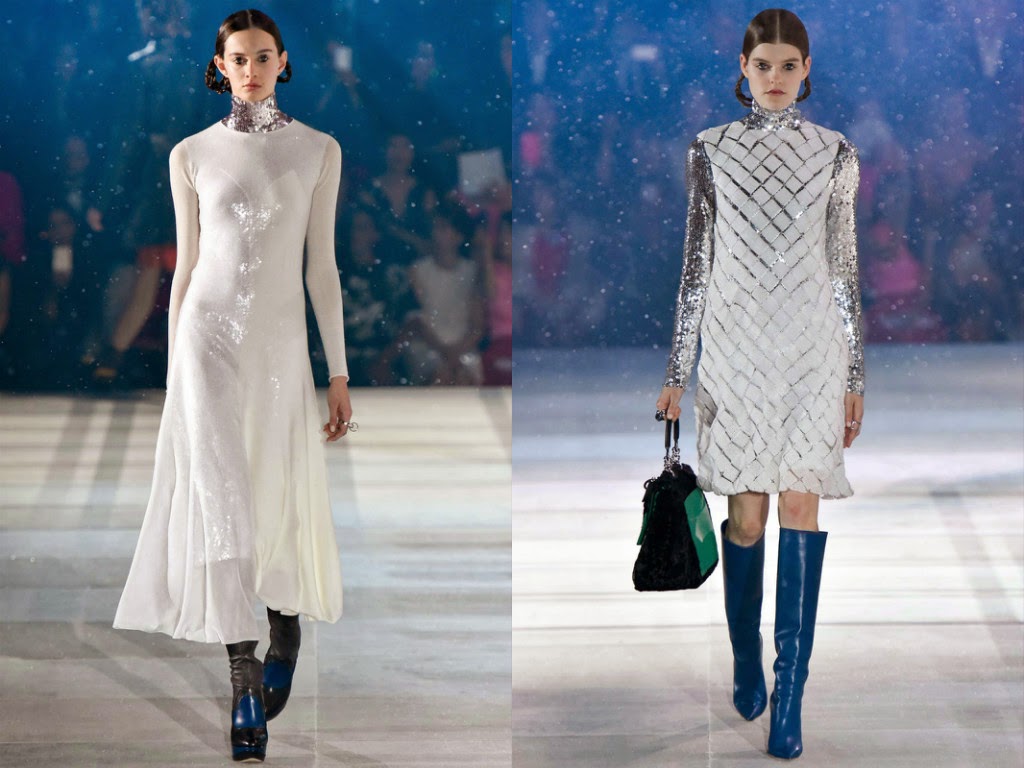 Don’t get me wrong, there are wearable clothes here but they bear zero association to the brand but one can be almost 100% positive that there are many paragraphs devoted to the blah blah blah here but once again the words and the outcome are barely relative to one another. IN ESSENCE ... SO WHAT? 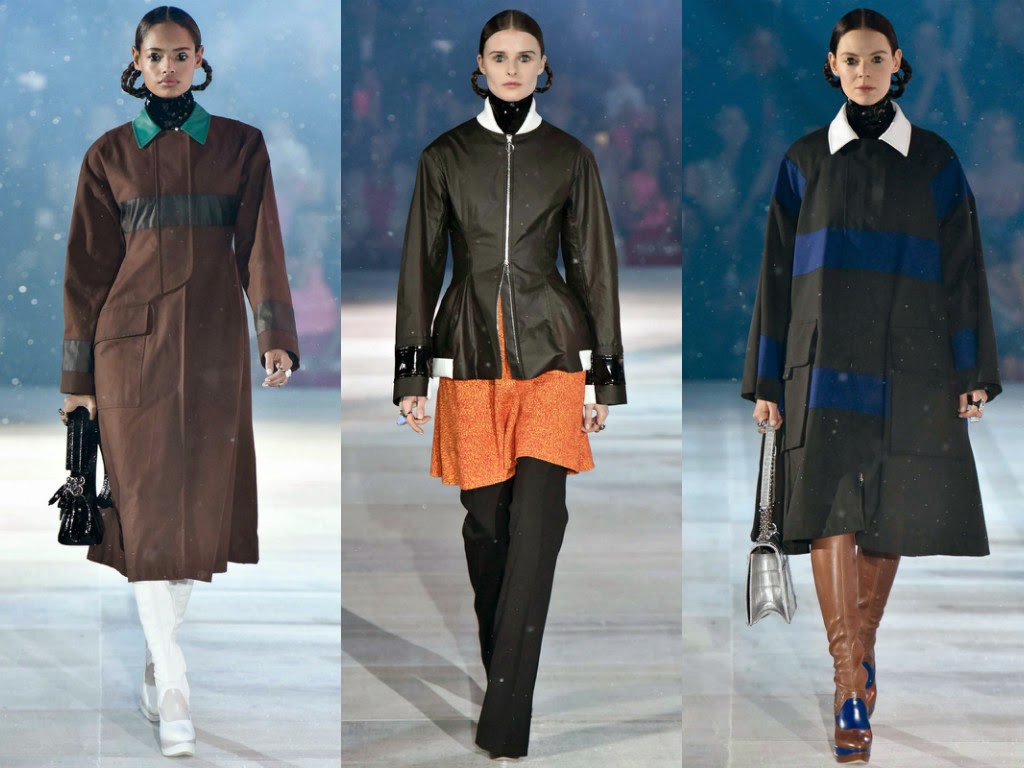 "I tried to imagine a woman who was very much into the language of Dior,but she also has her garden, and she has her boyfriend with a motorcycle in the city, or she's with her kids by the sea, or out with her dogs.".. SAY WHAT?? Let’s think into the future for a moment and imagine that John Galliano will turn Maison Margiella into the power house that was once the glory of Dior. It’s not a contest but what would you rather have or see?
Posted by FASHION BY THE RULES at 12:11 PM