The system is broken

Okay so we all hopefully know that today’s system of fashion needs a fix. My questions are many and I am a bit slower to jump on the Burberry, Ford Vetements bandwagon as I am not sure this has been thoroughly thought through.

Years ago, yes Helmut Lang and Donna Karan were pushing and showing the fashion calendars and hoping that New York designers were given a fair shake by showing first and thusly not being called me too collection if they continued to show after Europe. Okay so that was one issue. Donna Karan long a proponent of deliveries that actually reflected the calendar times of in store delivery seemed thwarted at any possibility of that happening. 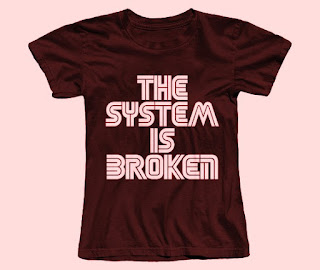 Retailers, what is left of them, carry on about fresh inventory to keep their customers interested and coming and back for more and so now we have fall/winter goods arriving in June and July and being marked down by the time any of it can be worn. We have a media who for the most part has 10 minutes of experience in the world or real fashion and the rest apparently seem to be rewarded for praising clothes they couldn’t possible grasp or understand without a press release or a press office to explain them. We have buyers who are really CPA’s or bean counters rather than buyers, inventories that are on wheels, a considerable dearth of real merchants and a boat load of untalented designers who receive a boat load of press because the parent companies have boat loads of ad dollars.

So now,  we have the proposed a twice year show calendar which will happen closer to the times or at the time when the clothes are delivered to the stores. The theory is like Donna’s original idea but someone needs to explain the logistics of this such as does this mean that manufacturers/ designers will produce ahead of orders or will the lead time between shows and in store merchandise deliveries be shortened? It has long been a battle that fabric deliveries and the entire manufacturing process does  not allow for a reduction in the time needed to go from runway to store. So.. where’s the thought process.. where’s the solution.. this is not some Mickey Rooney/ Judy Garland “ let’s put on a  show” and presto there is a Busby Berkeley musical.. this is real life, real business.

Tom Ford and Christopher Bailey and these characters from Vetements are yes, finally speaking up but they offer no viable solutions to an ailing industry. Once again we get a shit load of hype and nothing to back it up. Actions have consequences!!!!
Posted by FASHION BY THE RULES at 7:41 AM