a startling reminder of my past

For some unremembered  reason I  kept this article from the New York Times with these areas  highlighted...keep in mind I was 28 and  really  just starting  in the fashion business  though I  had been a textile designer for the previous  7 years .... there must have  been  good reason for those highlighted areas and scarily I  admit I have sort of lived by them without ever recalling this piece.... 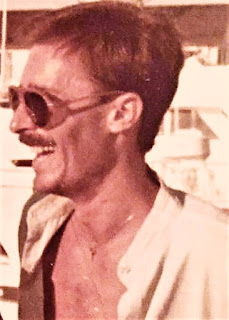 Everybody has to get dressed and go about his business, so everybody must give a thought to

what he wears, if only to feel comfortable in public and not like a fool.

In fact, the need not to feel like a fool is a generally deep motive in the choice of clothes, but it also seems like a weakness. “Fashion” can easily seem to be bent on making fools of everyone.

One way to escape being bothered by the disturbing importance of clothes in life is to label the whole subject “fashion,” and keep it at a convenient mental and moral distance.

“Fashion” can be associated with the worst evils of commercialism and media‐hype, and in personal life with mindless vanity and obsessive narcissism

If clothes are only “fashion,” then obviously they are not basically serious or really important. Taking them seriously can safely be thought of as other people's business; “fashion” can be observed without participation.

But fashion is not so easily dismissed.

It would be nice if the fashion business went its crazy way catering to a closed group of fanatic patrons, like the fetish‐leather‐goods trade, and ordinary people made honest garments for themselves at home.

But of course fashion and ordinary clothing have been in bed together for at least a century, ever since clothes began to be mass‐produced and fashion became an international business instead of a private game for the idle.

If you want to ignore fashion you will find it impossible. At the most, you can only react strongly against fashion when you buy your clothes and that effort only shows what a strong effect it is having on you.

If you pay no conscious attention, believing yourself impervious to the mode, it will creep up on you unawares and begin to produce strange effects, like the sudden thought that you might look better with shorter hair, or the inexplicable impulse to tie knots in the ends of your long scarf and drape it around your neck like an ecclesiastical stole.

At worst, you may, without having done anything at all, suddenly begin to feel like a fool in what you are wearing, and decide you have to do something after all.Just how deeply the world really cares about its clothes is apparent in the enormous success of all the recent books on how to dress in order to get on in life.

Most of these counsel giving fashion a wide berth. It is no doubt liberating to realize that it is not vain or ridiculous but only virtuously self‐interested to care a lot about exactly what you wear.

It does not have to mean that you are playing into anybody's treacherous hands, or succumbing to the daunting rapacity of the garment business.

Two things seem personally difficult to manage: Clothes have meanings that reveal their wearers, and clothes keep changing their look.

The desire to wear a “uniform” —versions of the same unfailingly elegant and decent suit, say — and the success of books counseling such “uniforms” for successful public life indicate how thankful people are when the vexing problem of open sartorial choice no longer needs to pose a threat.

But writers of “how‐to‐succeed through‐clothes” books forget that even a well‐cut conservative suit can stay in the closet too long.

In the darkness, it may develop too shapely or too straight a cut, too wide or too narrow a lapel to produce the look of success; when it it exposed to the lights, it may unhappily suggest a tacky hick or gawky youth. As the range of normal ways to look marvelous inevitably changes with time, there turn out to be fashions in un‐fashion, as well as in anti‐fashion.

Clothes simply cannot be a private matter. Clothes are never visually neutral. They always publish something significant about you, and having to think about this can be painful work.

Not everybody wants to take it up. And the oldest and commonest defense against this kind of anxiety is to hold fast to the opinion that clothes are not important .But clothes don't just covet the body, they invest the self : They not only make a surface show, they strike inward from the skin.

Our inner consciousness depends on dress, just as it depends on, sex, or on having a head and two hands.

Nakedness is certainly a serious state; it may be mystical or magical or pleasurable, but it is not our natural condition.

What to wear reveals us to ourselves, not just to the world.

Man is clothed because he is a creative and visionary creature — it is an honorable heritage, and we can't help caring about it.

We should forgive ourselves, and admit we do.

Posted by FASHION BY THE RULES at 2:10 PM