In this age of Instagram and Facebook it is not a stretch of the imagination to admit that one’s attention is drawn to a stranger by  how they present themselves in a single image but it is upon  further exploration  that this writer came upon a gentleman who  fit the  bill when it comes to people who are  subjects of my interviews. 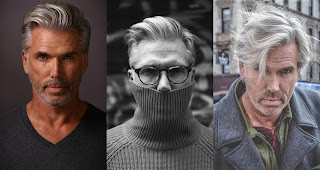 I have written and interviewed painters, silver fox models and just about any type of créateur that you can imagine so when he consented to this interview, I was thrilled. There is so much more than just that single image we see on a phone screen, iPad or desktop. 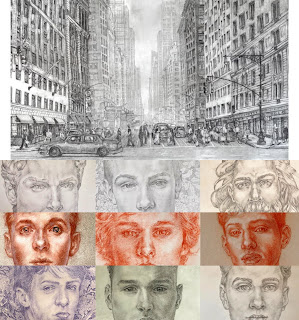 
He has led a life that so many might be envious of and yet he is easy to speak to, open and diverse in in his talents and so he shared with us a few of his thoughts on topics that I selected as pertinent to this sort of renaissance man I had stumbled upon. 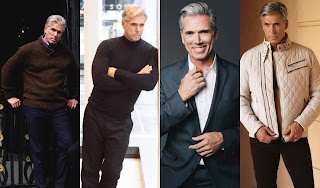 
So now, the reluctant conversationalist “speaks” ....

Jeffrey Felner: Let’s trace your trajectory and find you how you landed where you are today. Keeping my eyes on your posts, you have a very philosophical point of view about life, was there anything or anyone who influenced that way of thinking and why do you still adhere to it?

Gary Trente: I’ve always thought in a philosophical manner.  College of course encouraged that.  My English Literature professor, sophomore year probably boasted my ideas and encouraged me to read other philosophers.  I did study comparative religion in college as well.  My aunt had a huge impact on me.  She is my Auntie Mame, she used to live in NYC and would take me to anything that was new and exciting in the arts, music or spiritual.  She really expanded my view of the world. Why do I still adhere to it?  I can’t see any other way of living.  Doesn’t everyone want to know who you are and why you exist. What’s the purpose? What’s to point of life? 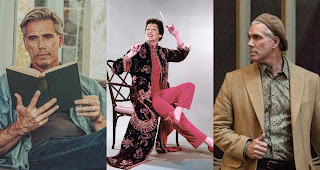 
JF: Since you are also involved in fashion as a model, tell us your feeling about clothes being shown on boys rather men and do you honestly believe that showing $4000 suits on a 20-year-old enhances the brand or detracts from it? Please be painfully honest here!

GT: Young models in mature men’s clothing; I think it’s wrong and short sighted.  I tend to not look at clothing (retail) that advertises with young models.  I can’t relate to them.  I think there are many reasons why they choose that type of model.  There’s the attraction to youth both from the buyer and the designer.  The clothing usually hangs on the models like a hanger and that’s what designers are looking for.  Older models who are advertising to a mature audience, is seen as a waste of time.  They must believe that more mature buyers are already set in their ways as far as what they will buy and I I don’t agree.  I constantly get asked what do I do for my skin, hair, weight for example. 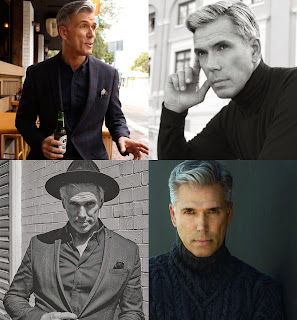 click image to enlarge
JF: As I told you, I was an art major and yet I never mastered drawing and painting so I am awed by your talent as an artist and by your subject matter, your medium of choice and that almost photographic quality you achieve... where and how did this come about?

GT: I’ve always drawn.  I went to The Atlanta College of Art for my undergraduate and New York Academy for my graduate work.  I’ve been director of a few galleries, worked at MOMA and assisted many artists.  I’ve had working studies in New a York City and Miami.  So, art has always been in my life.  There was a long break before the pandemic.  Covid gave me the time to revisit my love of Art. 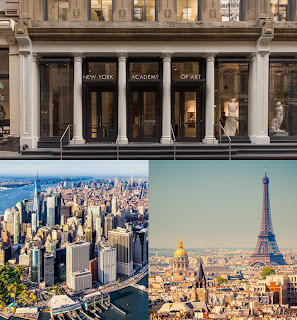 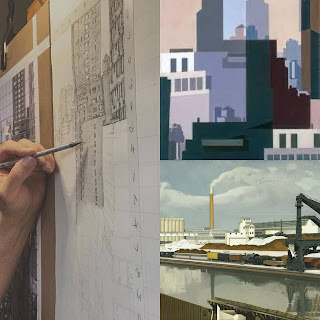 
JF: If you could invite any 5 people to dinner, who would they be and why?

GT: Dinner hmm, Tennessee Williams, Truman Capote, Fran Lebowitz, Dorothy Parker, and GERTRUDE STEIN.  I’m not big on conversation so I can just sit back and watch... I’d be listening far more than conversing. The choice should be blatantly apparent given their gift of gab, their cache of stories, escapades and my predilection to be a listener. 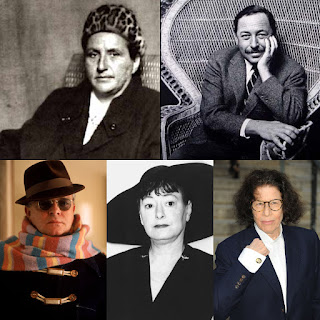 click image to enlarge
Posted by FASHION BY THE RULES at 7:30 AM