Along the many pieces shown at the couture collection was, of course, the “bon mots’ of none other than Karl Lagerfeld. He espoused that “life is not a cocktail party” as his modus operandi for his collection meaning that the couture is steeped in day clothes and the collection thus reflected that notion. Secondly, and most importantly, Mr. Lagerfeld has probably sounded the death knell for platforms and stiletto height defying heels. The entire collection was show with a simple flat which was designed as “the naked shoe.” If you are unfamiliar with the term, please see “The Naked Shoe” by Jane Julianelli.
Back to the collection, which was a series of barely there colors which was also barely if not at all accessorized. There is no question that the shapes were very controlled and very understandable for the Chanel clientele. Monsieur Lagerfeld concentrated on simplicity with many dropped waists, empire waists and a-lines for his silhouettes. Without question, the star of the show was the “ateliers Chanel.” The spidery embroidery and the all over bead work are exquisite beyond words as usual. The grouping is, of course, modern and thoroughly aimed at the Chanel ladies. 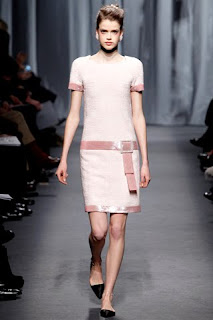 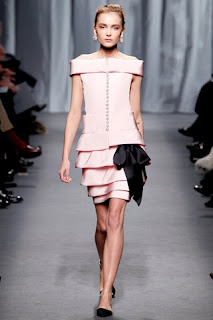 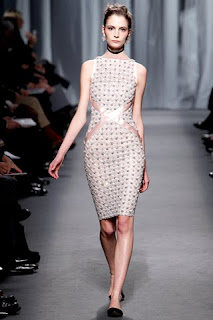 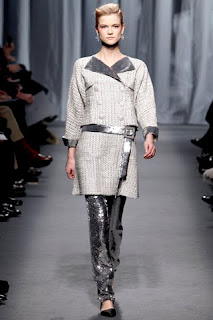 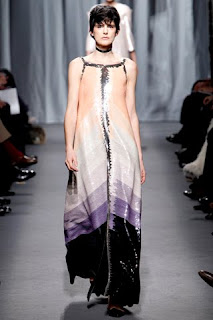