Well, the Catens don’t disappoint… at least when it comes to the visual aspects of their collection for Dsquared2. The imagery of the collection is just beautiful; it is the clothes that seem to fall short, pun intended, but that is not exactly a shock... 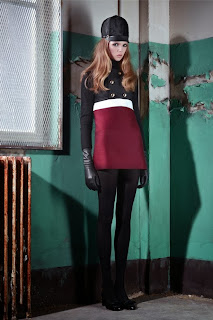 As is their wont, the twins always go for the shock value leaving the salability factor nowhere to be found. The most obvious traits or characteristics of the collection are the very literal references and influences to the 60s and70s and the unmistakable presence of of Cardin, Carnaby Street, Courreges, Twiggy and Jean Shrimpton. You might also want to think Two for the Road and How to Steal a Million!! 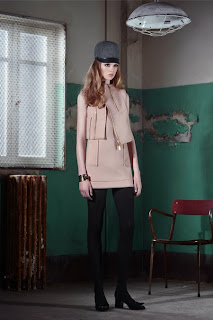 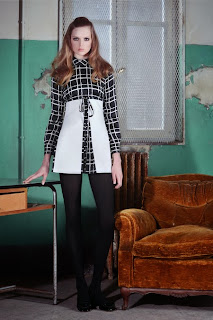 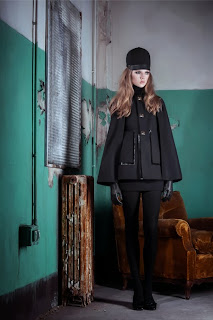 The ubiquitous “custodian helmet” or Bobby hat might be confused with an equestrian helmet but the image is clearly swinging London. The brevity of the skirts to stratospheric height or lengths as it were is almost obscene if not laughable. One might call the skirts measurement as hair length. The general tone of the collection is more contemporary rather than designer which brings me to it attribution which could be Milly or Lisa Perry. One might guess that the runway presentation in March will be a full on Biba inspired fantasy complete with Beatles music and maybe some retired rocker’s appearance on the runway. 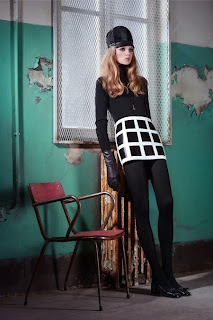 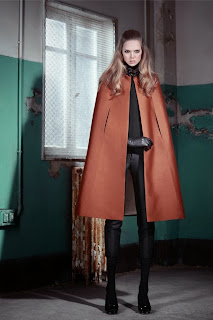 On the plus side, the finish of the clothes looks beautiful but again the physical dimensions of the clothes appear to be almost unwearable as jackets and dresses are of almost identical lengths and we are not talking elongated jackets. Colors are appealing and as usual the clothes are accessorized to death but one can never escape the feeling that these boys create a tableau rather  than a collection leaving one with the thoughts of who buys this stuff and why? 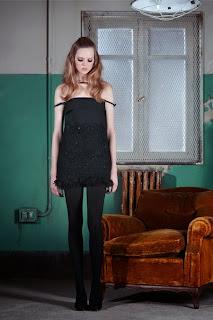 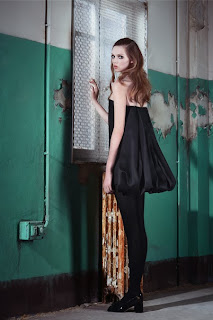 You might also want to process this … the collection as a whole has a somewhat “cartoonish” quality about it …n’est ce pas?
Posted by FASHION BY THE RULES at 8:02 AM