Well now that Mr. Bailey is CEO and designer of record, we are off and running into a new era for the juggernaut of a brand. Resort 2015 holds few surprises as after all, how many incarnations of a trench coat can you possibly present? 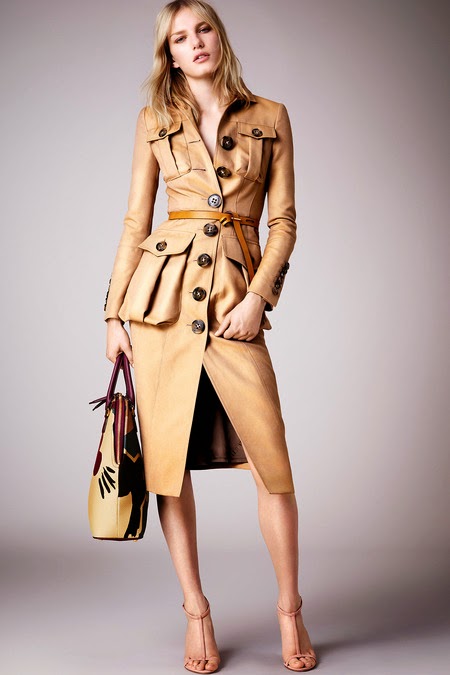 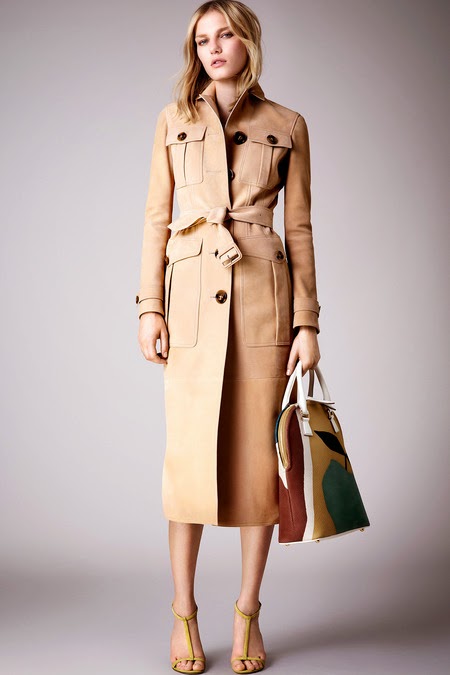 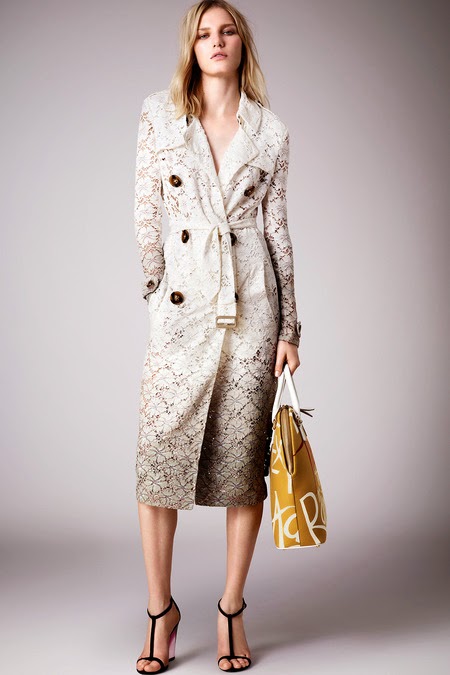 To wit, the coast takes the center stage here and in some instances they are mighty good and on some...well no so much and then there are some sad dresses and some so so separates. The trench even extrapolated into the safarienne which would have suffered less if the bottom gussets had been removed from the pockets. My eyes are offended by sagging pockets and there are plenty of then here. 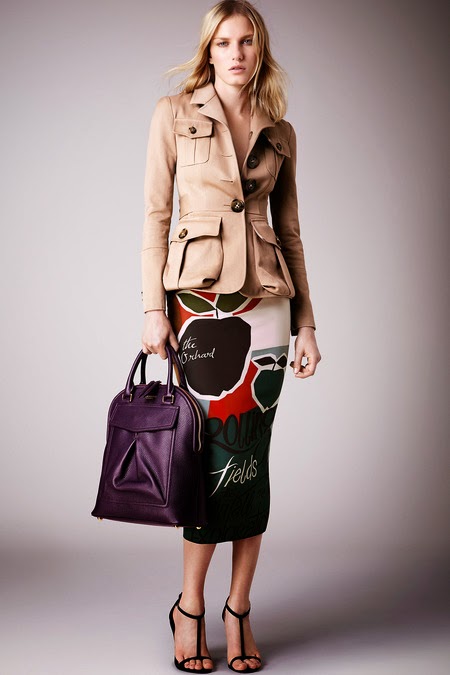 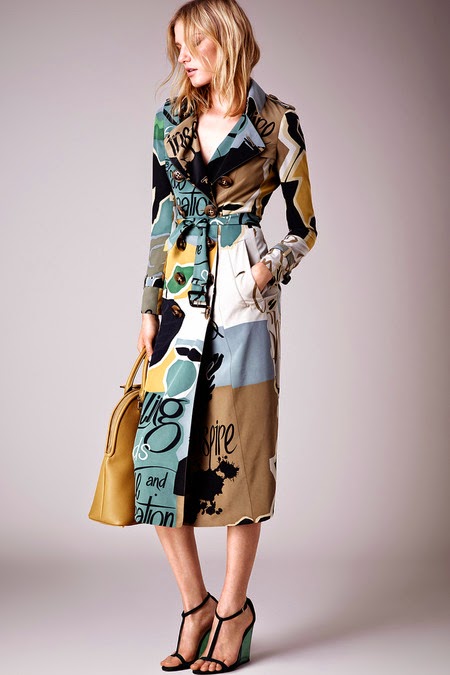 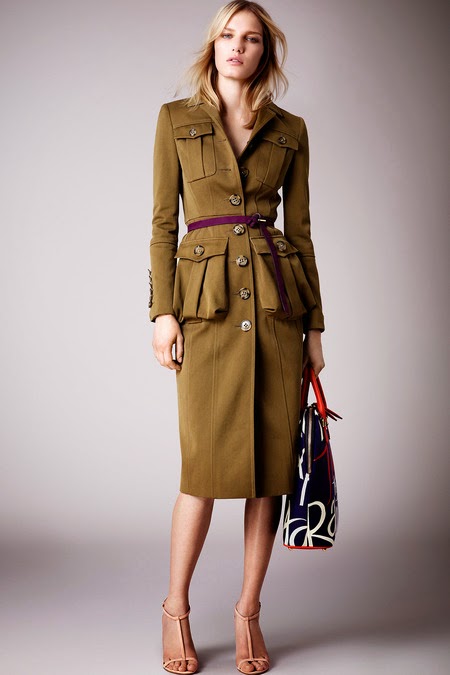 The graphic alphabet coat pieces are appealing especially in coat form but what is very interesting is the selection of below the knee novelty skirts which will attract the most editorial news even if they are for the most part … let’s say inspired or maybe a better word would be borrowed.. from designers of the past and some lesser known gods. I refer to the fish scale skirts of huge pailettes once popularized by CD Greene and the raffia fringed skirt we have seen countless times on Paris runways and even the “rag” skit which has been seen as far back as Balenciaga.. but then again... why would anyone point that out?? 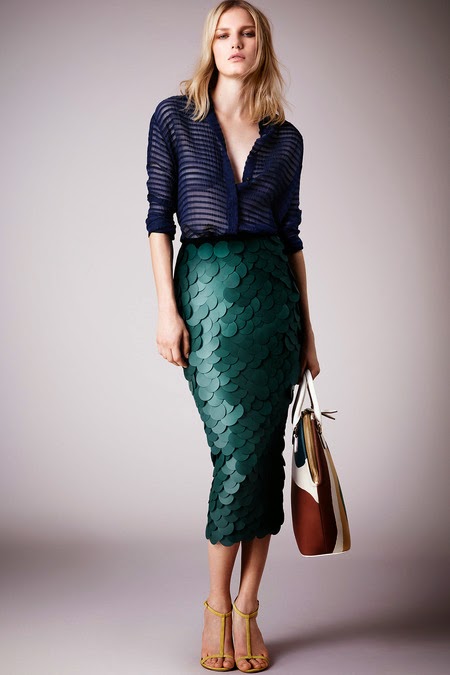 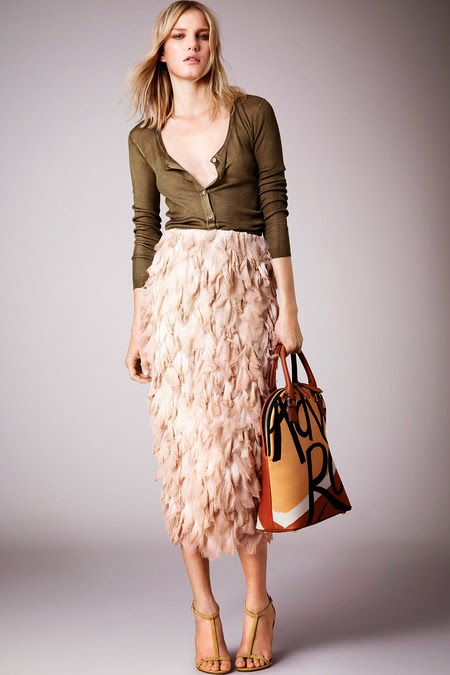 After reading one review why would you refer to ombre or degrade pieces as just that when you can invent some name like dip dyed; nevertheless this is also a technique that’s been around since hippie days but everyone that is so called old must be renamed to insinuate that it is the first time it has ever been seen! 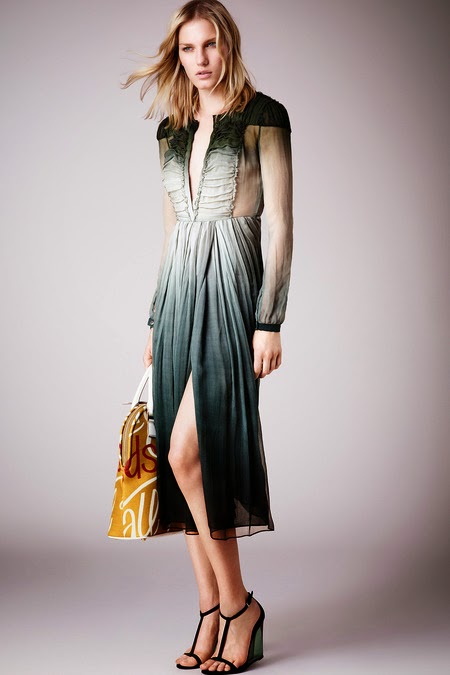 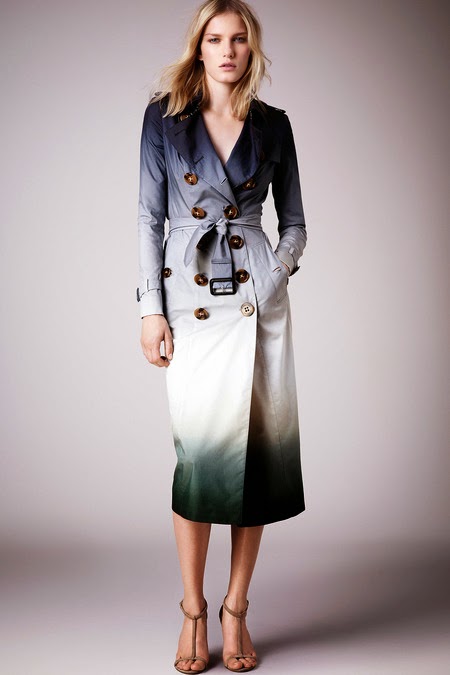 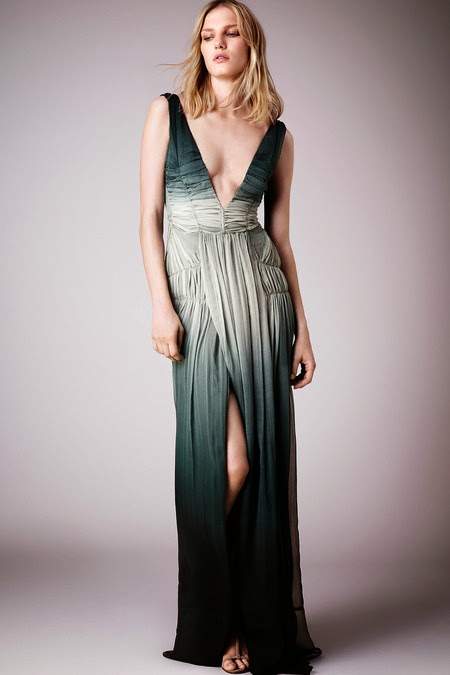 Again, what piqued my interest here was the so called “dip dyed” lace trench which I thought was rather fetching and pretty sure will the copied down many times hereafter. The collection should reveal itself to be quite commercial if you can afford it and there are lots of pieces that fashionphiles will love and add to their never ending wardrobes. Cal t a collection of dissection if you will as there are lots of pieces  that can freshen your existing sartorial statement and still conjure this overall dishabille attitude that has put forth.
Posted by FASHION BY THE RULES at 8:57 AM