On his 30th anniversary, he presented a collection which has been billed as his greatest hits which I find rather demeaning unless it is qualified by saying that each of those hits went double or triple platinum. The show was the ultimate illustration of why Michael Kors has had a successful 30 year career and business. He shows us that he indeed has a brand DNA and a brand identity and a vocabu 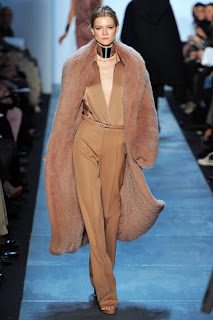 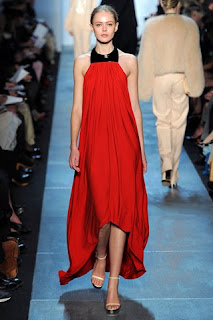 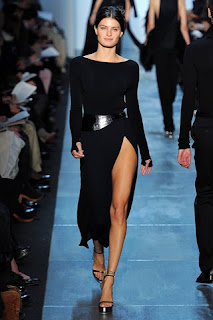 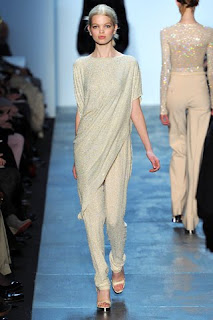 lary that can associated with him and his designs. He makes and displays classic American clothes which are wearable and relatable without being banal or boring.
Michael takes a classic palette and makes it his own and makes it uniquely identifiable and continually produces excitement with apparent ease. Nothing about his collections seem forced or experimental as he is one with his collections and his outlook and views of what good clothes entail.
Slick, simple, urbane, classic, understandable, modern, commercial, memorable and sexy are just a few words that come to mind when one conjures the collections of MICHAEL KORS…………any season.
Posted by FASHION BY THE RULES at 9:15 AM