The show might have moved back to its original venue, Via Gesu, and Donatella may have reimagined some of the hallmarks of the brand but the show proved to be without a punctuation mark. One kept waiting for the exclamation point at the end of the sentence but that never happened.
The clothes had a distinctly Versace viewpoint but yet they lacked the polish that Gianni always made possible. Thi 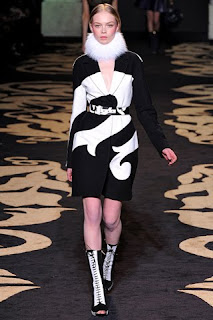 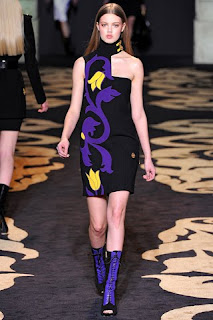 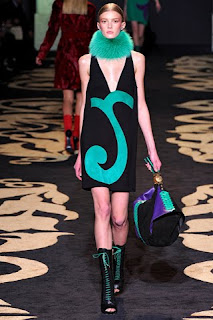 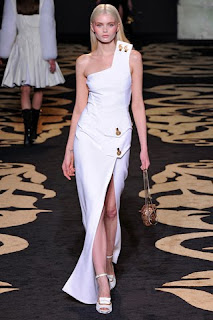 s show might have been vastly improved if it had been styled differently. The open toe bootie was a major distraction and not really a style match to the clothes. One has to think that had she used a simpler shoe, polished the outfits with pantyhose and even used some accessories that these clothes would have taken on a totally different attitude. Part of Gianni’s genius is that he walked the thin line between over the top and hooker clothes and to his credit, most of the time; hooker lost out and over the top fabulous won out.
Rather than let the brand die a horrible slow death, it might be time for Ms. Versace to step aside and breathe some new life into the clothes with some fresh new talent who can take the Versace brand to the next level. Donatella has tried but one has to really think that she is ill equipped to accomplish the task.
Posted by FASHION BY THE RULES at 12:49 PM