I perused this collection out of sheer curiosity being that Alexander Wang has been appointed the new creative director at Balenciaga.  I consider that personal emotion fully sated now as there was no epiphany but I am just not sure what the impetus was for the new appointment…

This capsule pre fall collection is a glimpse into the world that is Alexander Wang.  The designer apparently has an identity problem as he is either in search of a one true identity or he wants to be the one stop shopping designer; somewhat like a Liz Claiborne or Ellen Tracy of yore!  He is all over the place from razor sharp or draped to loose sweat shirt sportswear.  The only common thread... unintentional pun... is the gray black color palette.  The collection, to me, is odd at best.  Then there is the moment when the clothes all seem to be one size or 2 too large for the model  and not the easy  chic that may might have been intended to be.

I continue to ask myself why the brand is so attractive and why is he such a darling of the media… in particular Madame Wintour, whom you can be sure had something to do with his new post.  Even if I dissect the collection I see a little bit of Jil, of Hedi, of Rick and bits and pieces from many different past collections from other designers.  While I find the wool degrades appealing, they are not new … the same for the sweat shirty type looks and then that all black drapey very Rick Owens monastic grouping... If I want to take it a step further, the heather grey jerseyish looking stuff smarts of Norma Kamali. 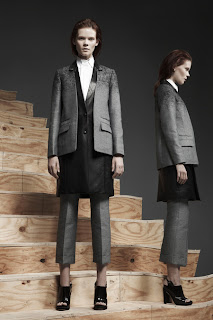 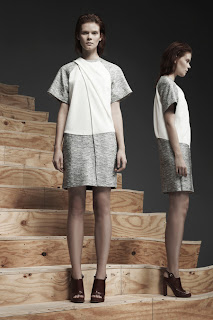 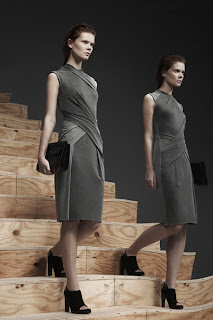 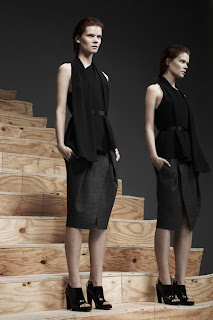 The truth be told, I am still waiting for the revelation that is Alexander Wang... either in his eponymous collections or at Balenciaga… time will tell … sooner than later.
Posted by FASHION BY THE RULES at 10:34 AM