In a rare turn of events, I found Bottega Veneta pre fall very appealing on many levels.  Make no mistake about it; Tomas Maier was taking no chances here when he presented a relatively large collection that will fulfill the true and real purpose of the season…. Sales!

The grouping is long on leaner looks and tailoring from the deceptively simple cardigan warp coats to the leanest of tailored jackets, from slouchy trenches to spencer length blazers.  There is great emphasis on the shoulder with a vaguely 40s vibe but the retro is not at all overbearing nor offensively referential.  As one would expect, there are a few pieces which we could have done without… one of them being an jumpsuit, I believe,  that looks as if Mr. Maier and Ms. Wang collaborated on its design and then there were a few beautiful dresses which looked as if they were borrowed from Gucci’s last collection.

Even some of the offbeat colors are oddly appealing this season, not to mention some difficult ones to boot.  Shortcomings fade away when clothes are exquisitely made and look as rich as the price tag without all the bells and whistles.  The one very strange thing is that I found the leathers to be the least appealing within the collection… but that’s me. 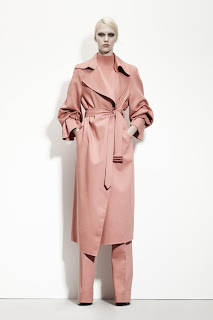 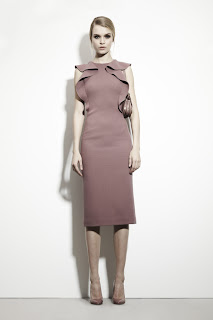 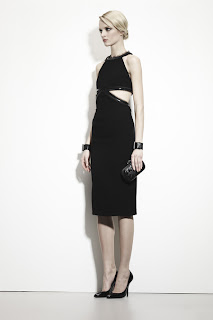 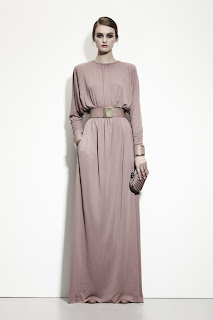 Despite its flaws, the seasonal offering is rich with salable, slick and chic clothes that will satisfy that Bottega customer and will force her to make difficult decisions as to just how many of these pieces she must own.  I find it amazing what happens when a designer doesn’t offer up  all that blah blah blah of inspiration and instead lets the clothes speak for themselves…. These clothes are SCREAMING “buy me!”
Posted by FASHION BY THE RULES at 8:23 AM