Apparently the endless supply Kool Aid that has been consumed from New York to Paris and then back again never continues to find the fashionably thirsty … once down the hatch, you join the fawning few who are, by vocation, the critics of fashion.

There is no doubt in my mind that reviews these days are based on advertising budgets, “it” boys, 2 huge mother ships, one media empire and the whim of several soulless females and one male who make it their business to ignore most and anoint the few of little or no talent.

As with every season and every city there are designers who seem to be under the “acceptable” radar, which means they receive no recognition in the more mainstream media venues and yet they have been honing their skills for decades or at least near to one of them.  For whatever it is worth, they have built their businesses and their client base by whatever means possible and for some with full on presentations that few can afford these days.

Having said all this and spewed a bit of venom while ‘saying’ all that, I bring to your attention Tony Yaacoub and Eric Tibusch.  Let’s just say they are not household names nor on the tip of everyone’s fashionable tongues but they have been out there and as far as I can tell ... rather invisible to most of us. 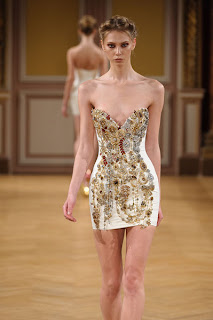 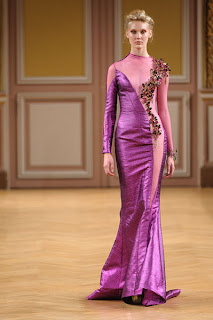 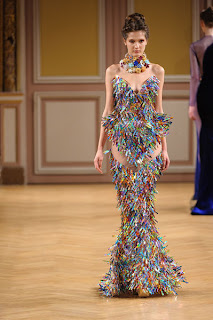 The point here is exposure as this reviewer still holds to the tenet that knowledge is power and the more you know the more you proceed in a sage and intelligent manner.  Just offering an opinion is not enough for me, there needs to be substance that backs up ones opinions!  Digressions aside… here are 2 that maybe you will dismiss and maybe you will opt to delve deeper into their histories. 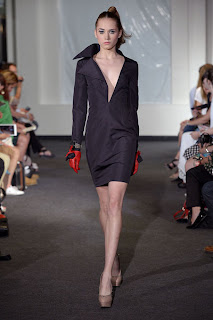 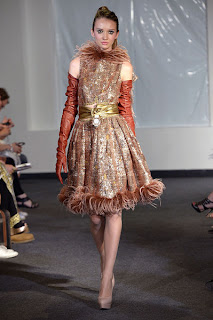 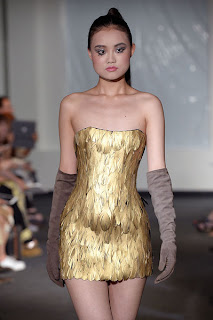 Again, the point is exposure …. Not criticism... so have a look at 2 of the “unseen” designers who were active participants in the haute Couture collection this past week in Paris...
Posted by FASHION BY THE RULES at 5:32 PM