Holiday/Resort, as it was once called, is a season that allows some designers to test the waters as well as show off their multifaceted designing skills.  Traditionally, the season was aimed at those women who traveled and needed clothes to wear on their vacations and also for clothes that might be worn for those special holiday occasions.  All that has changed, especially for the European market that never really treated the season as necessary to their businesses; now Resort has taken on a full-fledged moniker as a season on the fashion calendar and for some designers has become a more wear it now focus.

Alexis Mabille showed a playful side to his world with his first ever resort collection.  Mr. Mabille also showed, almost simultaneously his Fall Haute Couture collection and the difference is more in tone than in DNA.  He has always shown his playful or more relaxed side in his past Spring collections by using some cottons but the effect was sort of missed due to the general direction of these collections.  By that I mean to say that Mr. Mabille tends to focus on dressier clothes, more formal, rather than  just a cotton dress or cotton pant look, none of which is a negative.  With this collection he focuses on the more daytime aspects and still infuses the Mabille vocabulary with each look.  Looks of note are the flounced cut away rain coat and the quite simple little navy bow dress which is just perfection.  My big criticism is the head gear which did nothing to enhance the collection. Nevertheless as they say in French...felicitations! 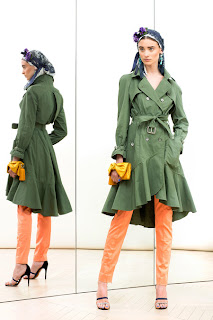 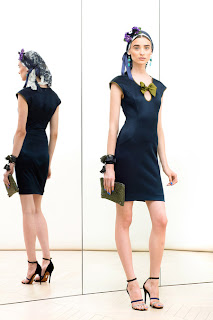 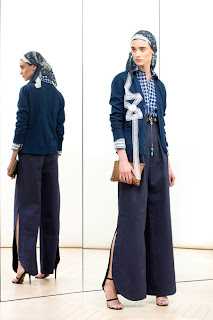 Zuhair Murad strikes a decidedly different tone with his resort collection as opposed to his spectacle of Haute Couture.  What strikes me most is that he  and Elie Saab have similar ideas or paths  on how to differentiate their ready to wear collections from their Haute Couture and by that I mean that it is just not about petit mains versus ready to wear manufacture.  Mr. Murad injects the Resort collection with what he considers to be day looks and cocktails dresses as well as evening pieces.  All of it is impeccably made and all of it retains the DNA that has become Mr. Murad’s stock in trade and that would be glamour... in varying degrees.  Overall, this is all pretty damned tasty looking and more commercial that the Haute Couture but do not confuse my choice of words to mean dull, boring or common.  The clothes are … perhaps one might say… more discreet rather than overt!  The other thing that strikes me is the enhanced color palette which is very very appealing and suits the clothes quite well. 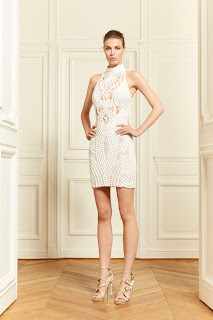 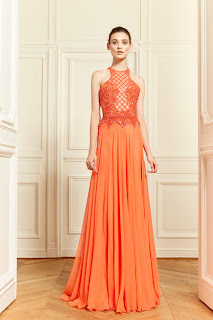 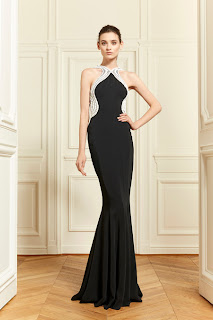 So …  Now it is your turn to have a look and decide what you think about these collections.  It is sad that mainstream fashion media tends to overlook beautiful clothes rather than report or opine on them!
Posted by FASHION BY THE RULES at 12:02 PM