Color me thrilled! What I adore about Giambattista Valli is that he embraces the DNA of his brand and  the art and craft of the Haute Couture. This speaks volumes when one thinks of what his colleagues showed earlier today.

We hear so often about how fashion has to be modern and how it has to be young and we have all these designers telling us why their collections are just that BUT this  man, this designer, this createur allows his clothes, his output speak for itself without the blah blah blah and esoteric rhetoric. For my sensibility these clothes are fresh, modern and dare I say young and not because of a skirt length or some absurd shape like cargo pants or cut offs or by how much skin you show! I loved the humor, which depending on how one took it, could be of a 21st century Aunt Jemima combined with Marie
Antoinette or it just might be considered insouciant, relaxed and off handed. 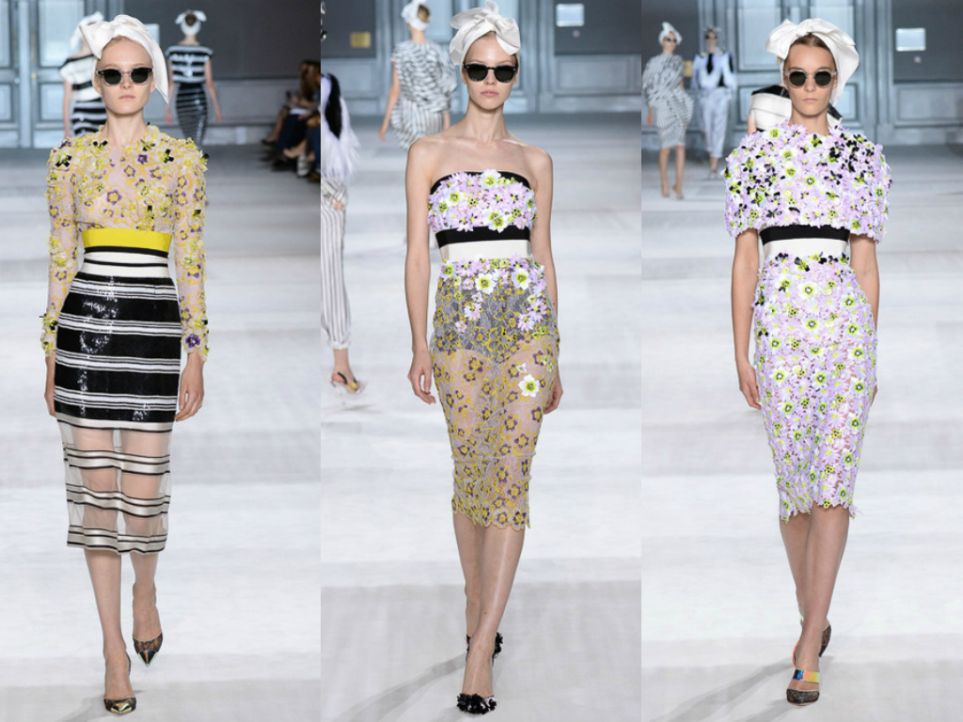 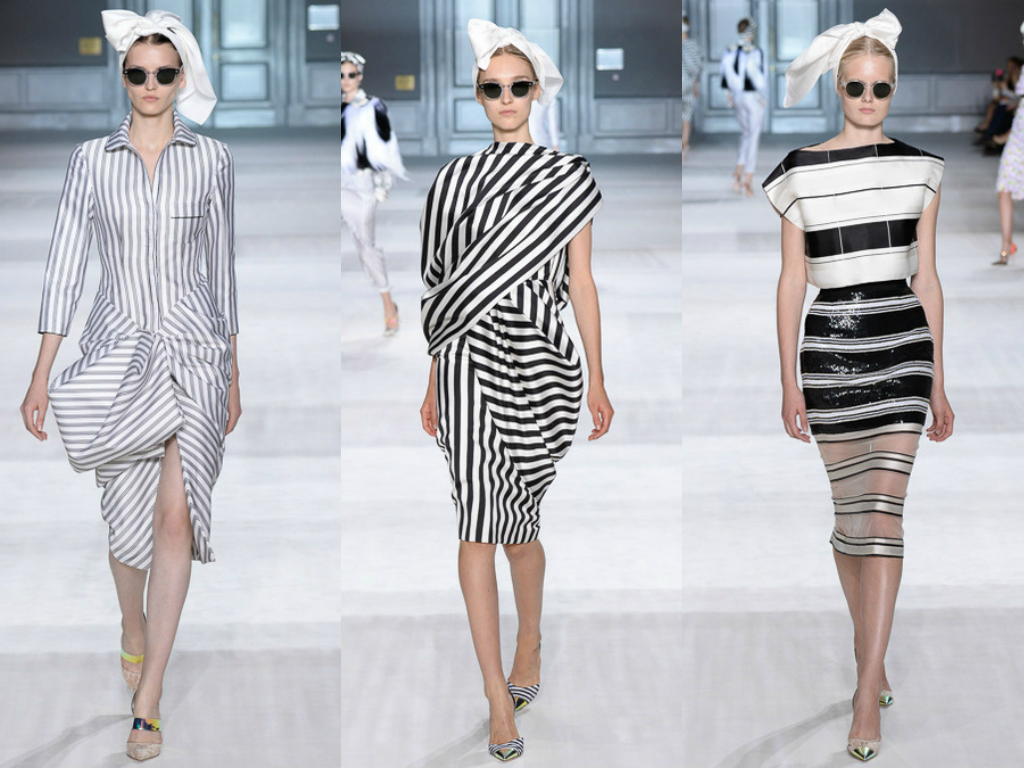 Whatever you think you best believe that Mr. Valli combines the best of what is available to him with his god given talents and turns out far more winners than losers during any one given season. Love Love the graphic quality of the collection, the exquisitely delicate floral embellishments that have become a Valli signature and the, the balls to the wall glamor that he does so well without ever looking forced. I would say that every one of today’s cast of characters might have benefited from a dose of Valli in their collections. I am mad for the huge Scarlett skirts paired with simple shirts and the drop dead off the charts glamor of the simplest of the crepe gowns. EPIPHANY!! Might Giamba be hinting at Glo Swanson in Sunset Boulevard as well?? Think about that one. 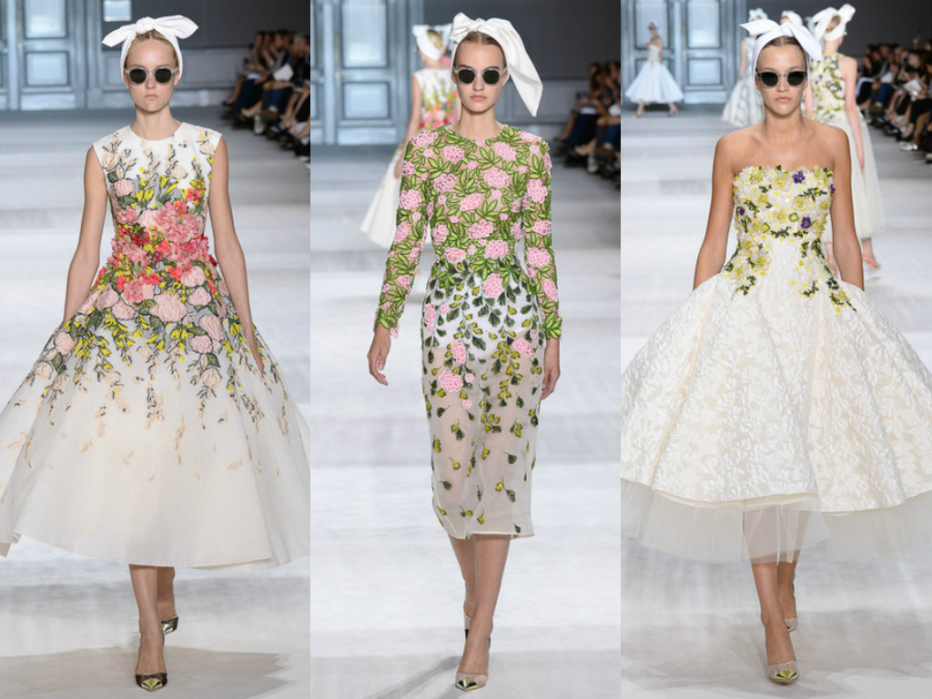 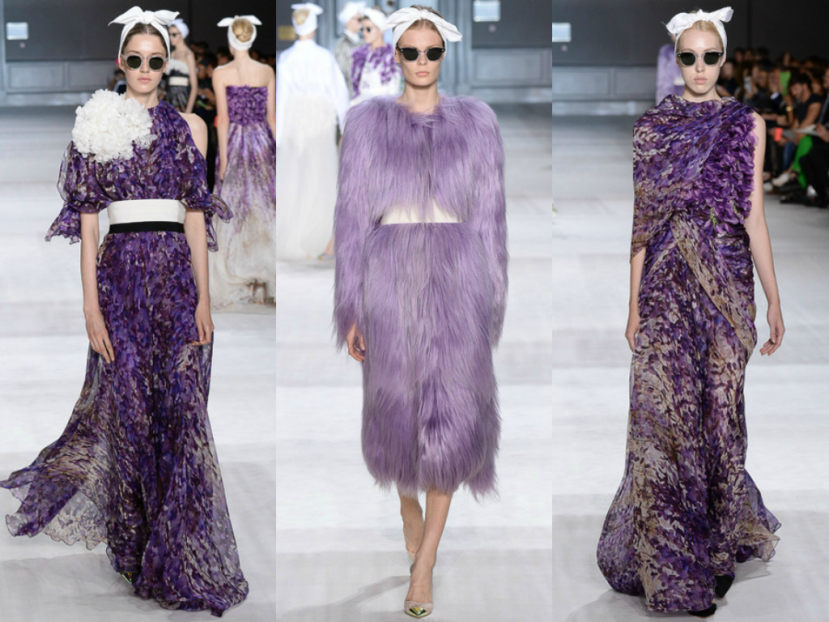 The palette just almost edibly gorgeous if you catch my drift but if there is one criticism to be given; it would simply be that there was a bit of season confusion. My eyes kept telling me Spring, but in the end it didn’t matter because the clothes were just a spectacle on their own and stand outs in that sea of sameness that pervades fashion every season. 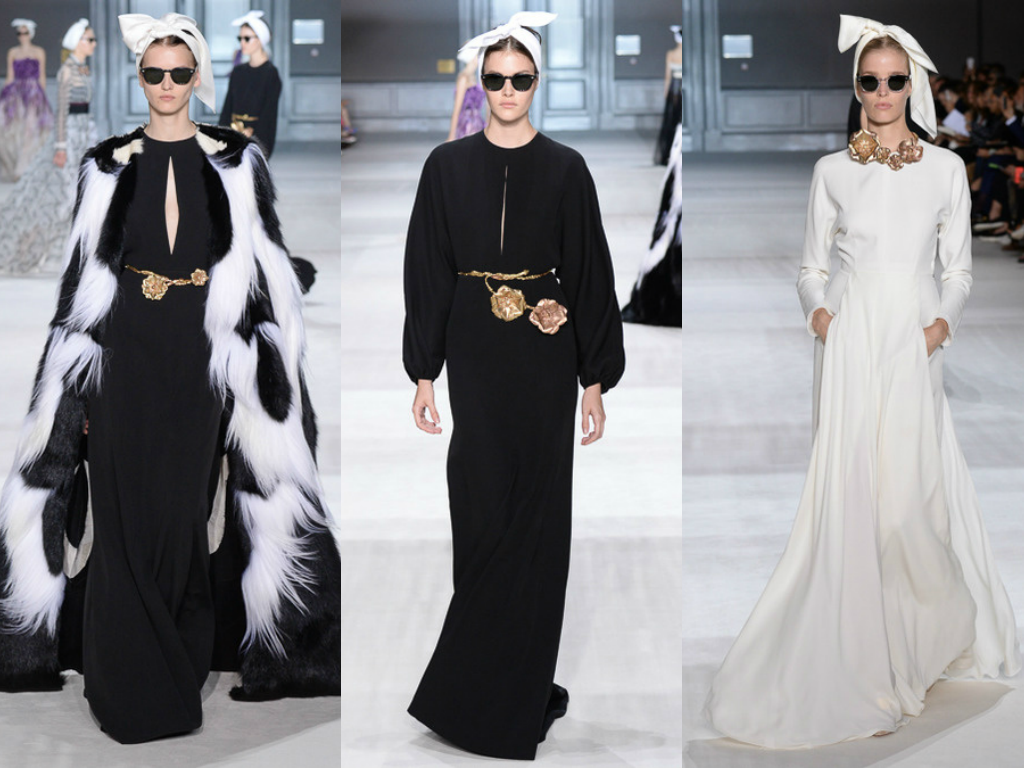 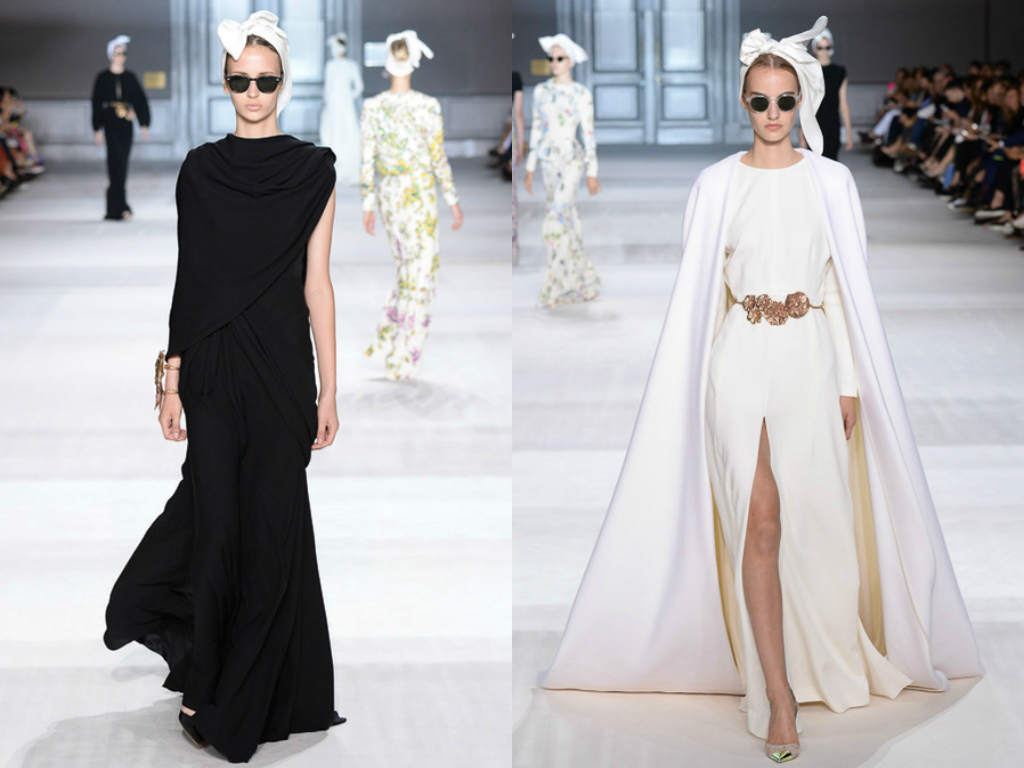 So to you Giambattista Valli... I say Bravo! Bravissimo and keep em coming!! 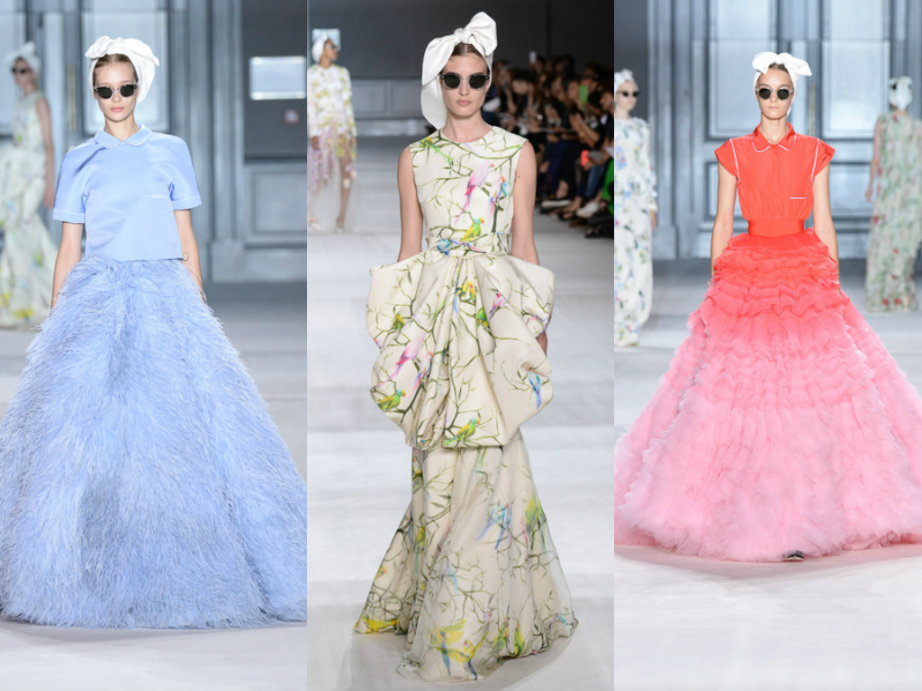 Posted by FASHION BY THE RULES at 4:30 PM