I am not sure where to even start here as I am beyond amazed, beyond impressed and ecstatic to have been part of this spectacle. This is fashion like very very few. This happens on a day after some very large but expected disappointments no matter what Blah Blah and Ms. Muchless say. 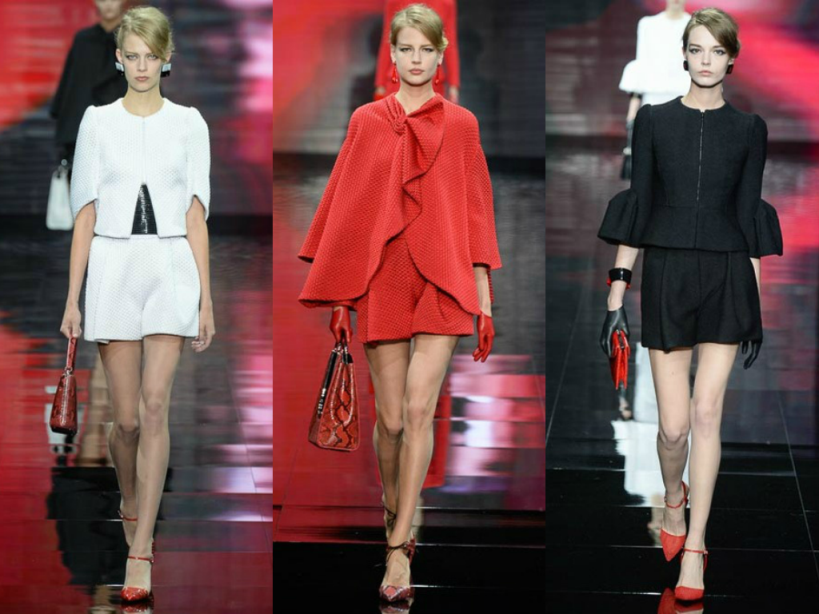 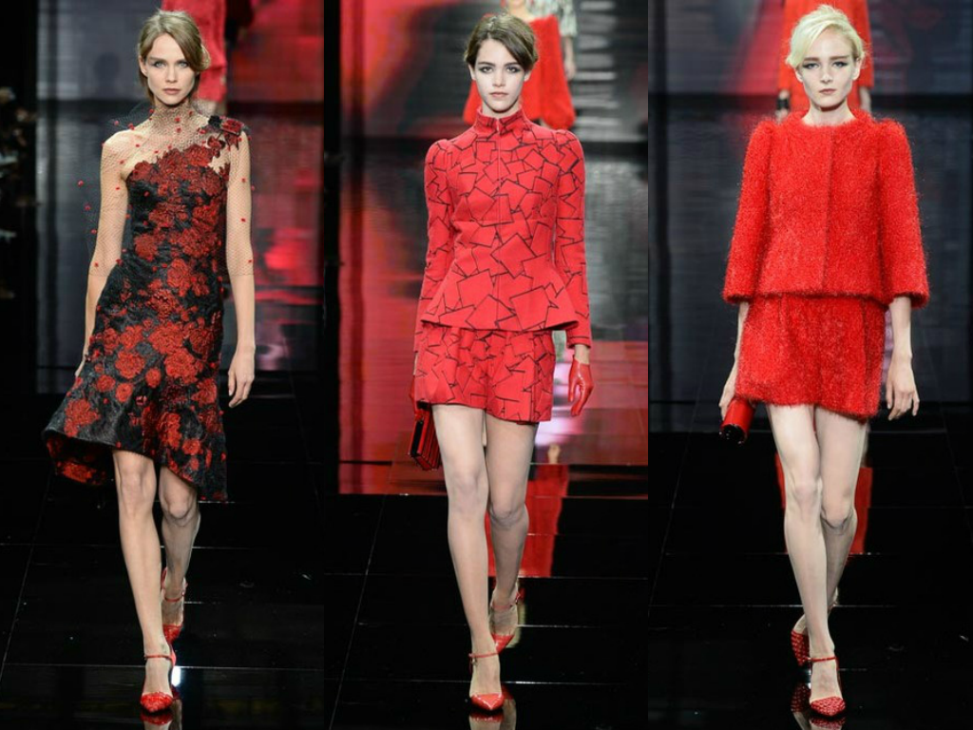 This is Armani mania or everything you ever wanted to know about Giorgio Armani but never could grasp; maybe it is the world of Armani all wrapped up neatly in bow for your perusal. No matter how you want to look at this you must look at this as Armani at his best... Armani on steroids. 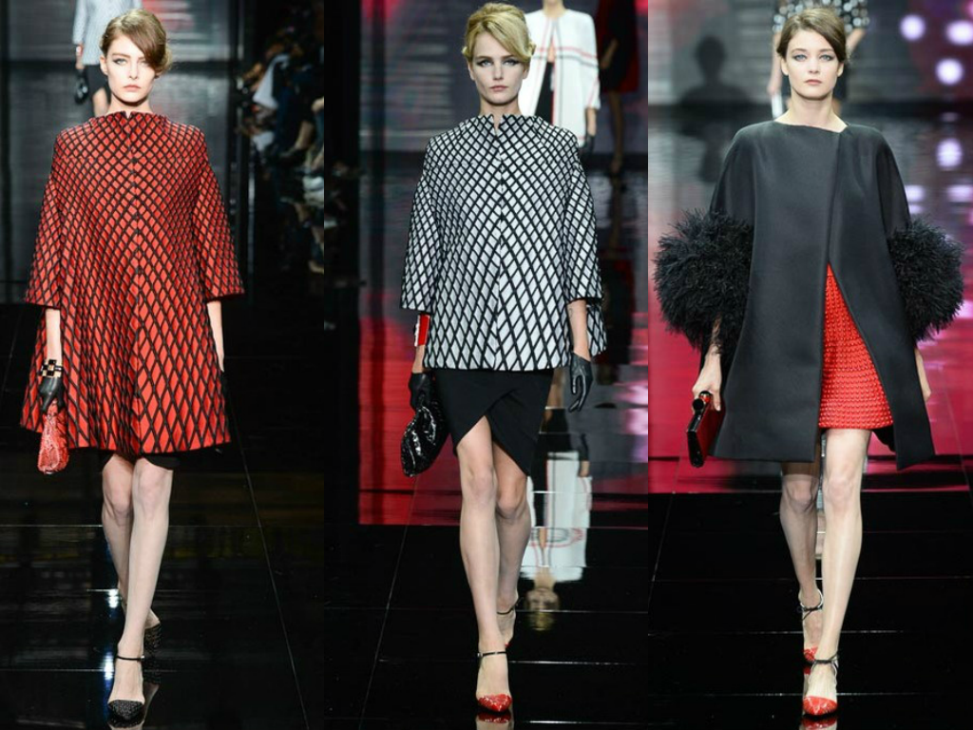 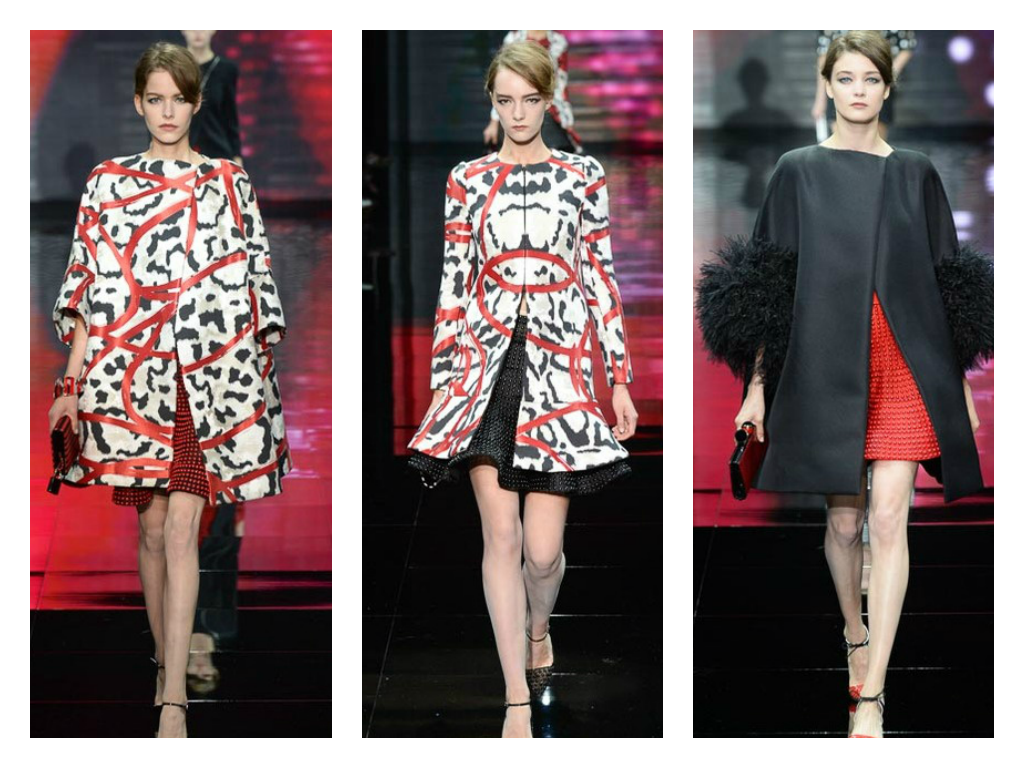 This is the soft side of GA and this is the flou and frou sides as well as the structured. There are no real surprises but there is such an overwhelming assortment of wearable clothes that one can only be slack jawed. Before I continue to effuse and gush, we have day clothes!!! Yes, real unadulterated go to lunch clothes and not clothes that are a stretch of the imagination to suit the purpose. Okay, I need to carry on some more about the raffiné, the polish, the slickness, the sophistication, the elegance, the chic of this collection. There is classic Armani as well Armani 21st century which only enhances and furthers his body of work. 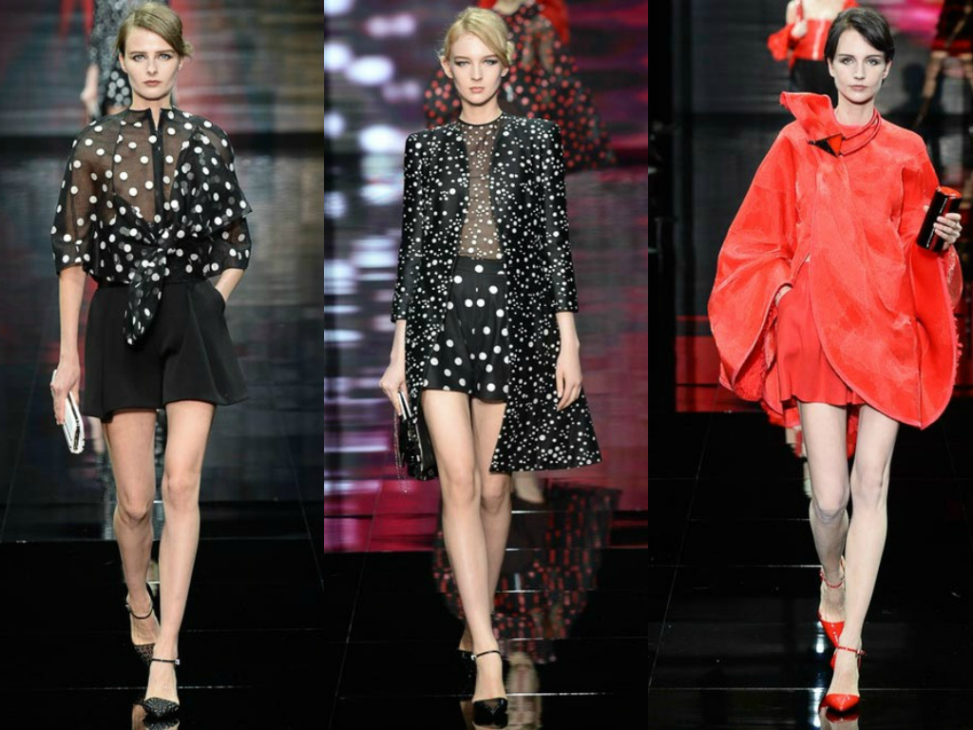 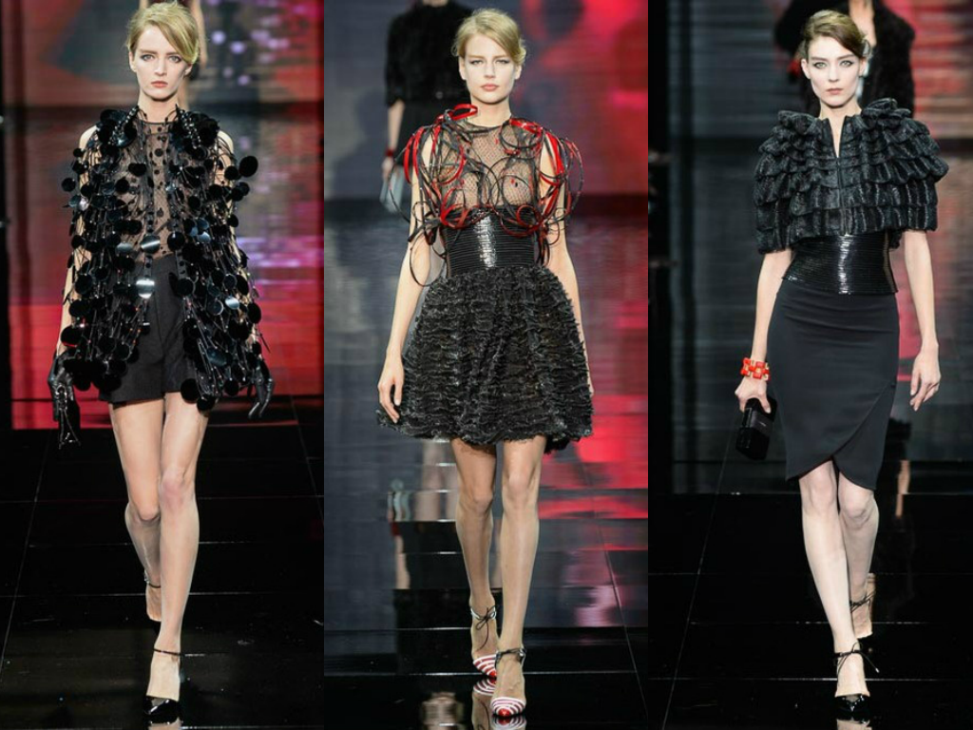 It is rather hard to fathom that Mr. Armani is a late comer to the world of haute couture as well as a late comer to the idea and concept of real dresses. There was a time when his idea of dressing up was a dressy suit. There was a time when he wasn’t as surefooted about his evening clothes. This is a designer who first revolutionized and then “evolutionized” his body of work for decades.
Please do not think that I am blinded by today’s feat of high fashion and that I don’t recall some of the very large disappointments or bloopers that are part of any designer’s repertoire. What I will say is simply that when a designer presents a blockbuster collection of this magnitude and quality, one’s memory might become quite short! 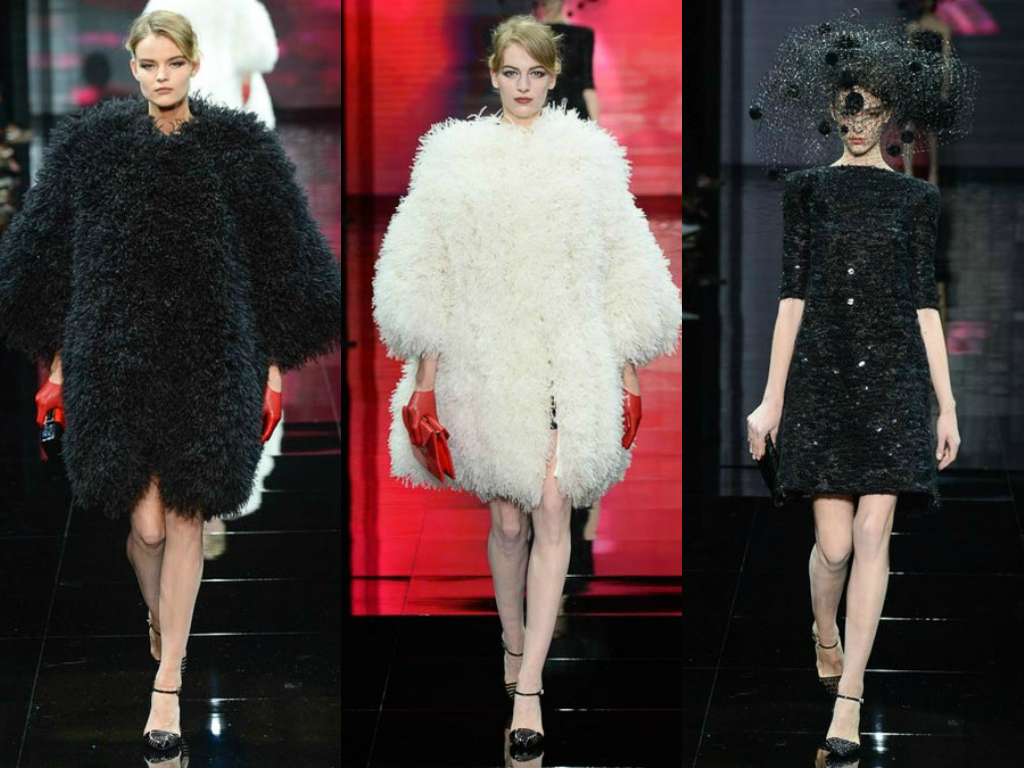 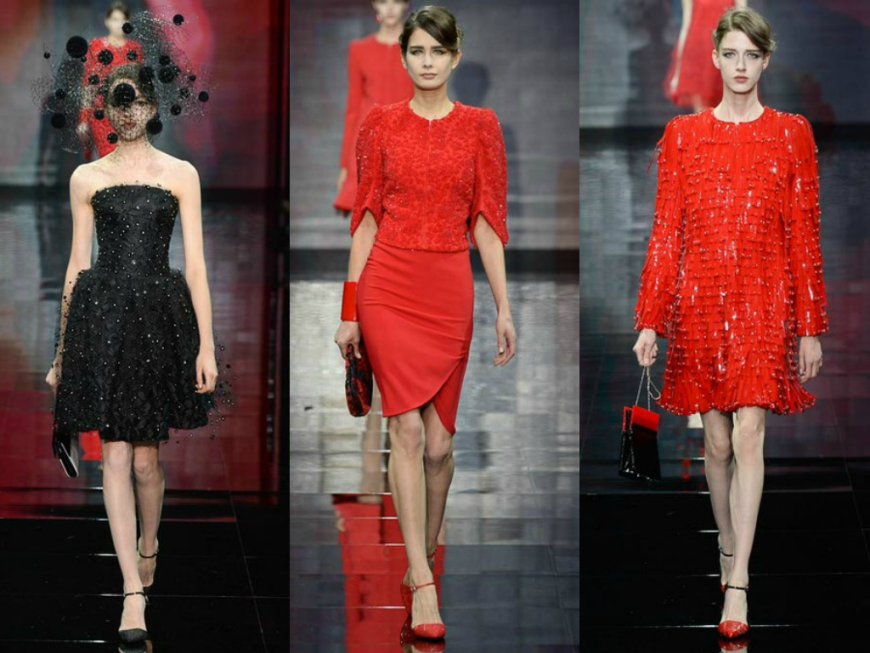 The clothes defy description and whether or not Blah Blah and Signora Muchless applaud it or pan it, rest assured that THIS is what makes fashion a glamorous and rewarding business to be part of! 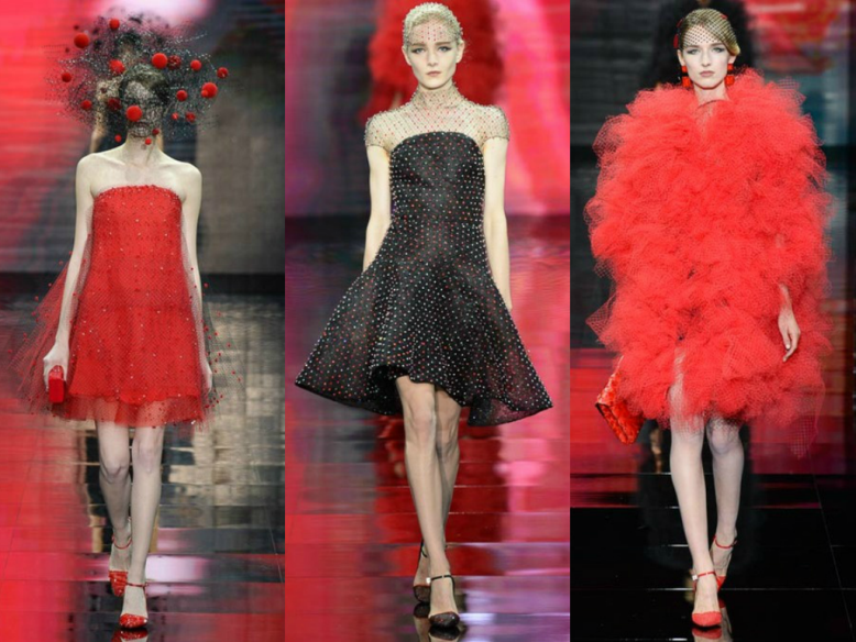 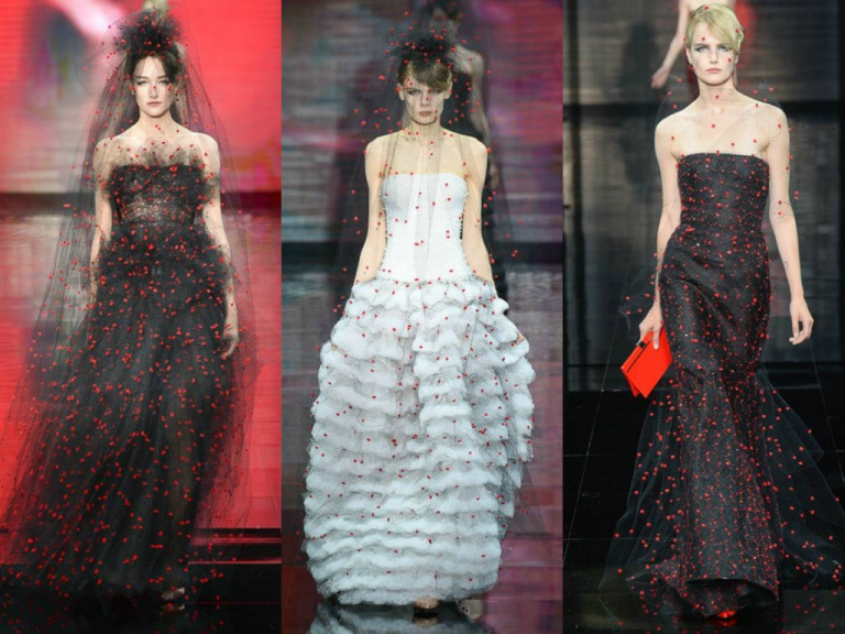 To you Signor Armani I tip my hat and feel lucky and privileged to have been able to bathe in the glory of this seasons offering! 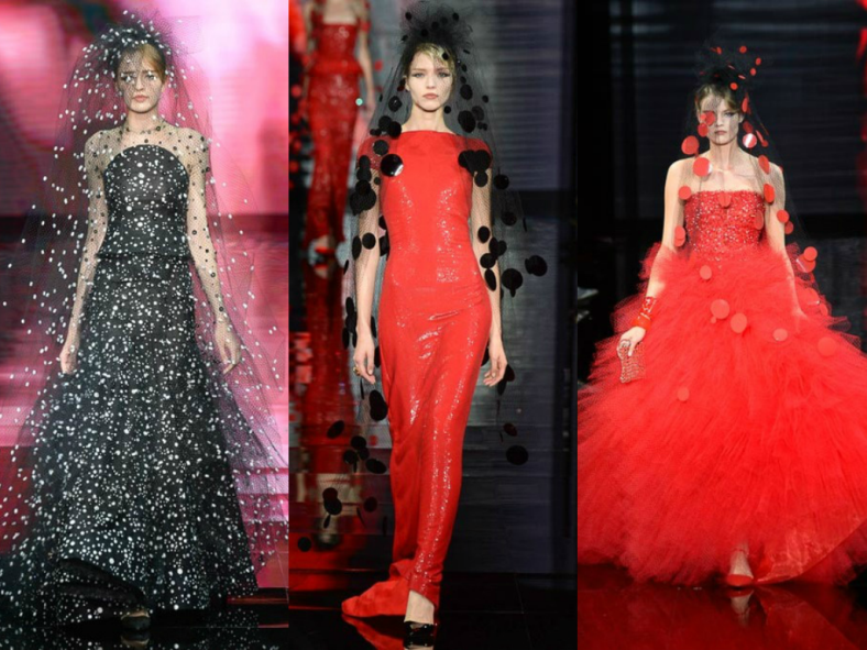 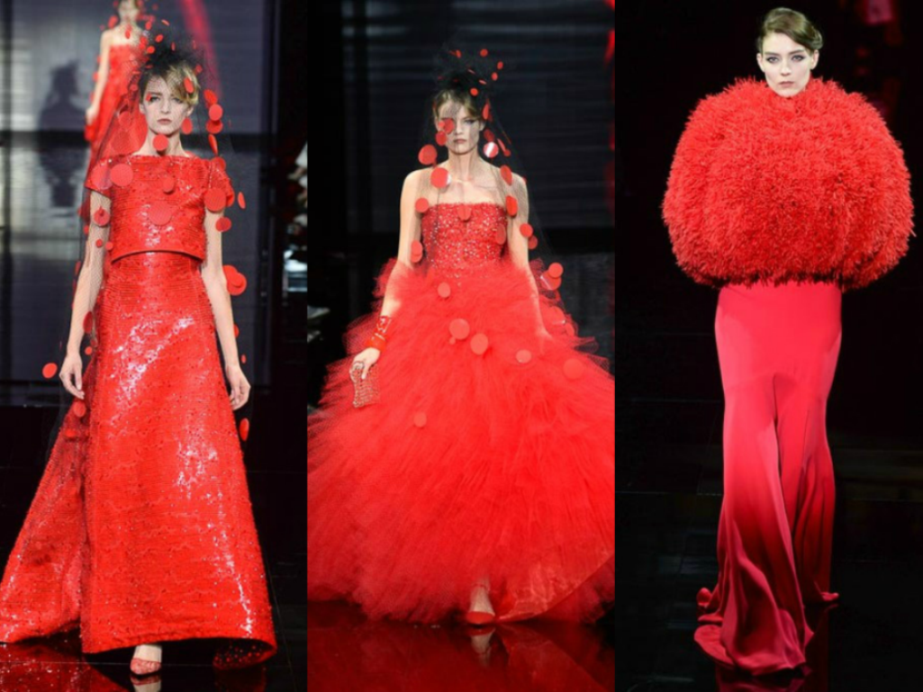 PS  yes I think the shorts were an unfortunate choice but given the strengths of the grouping, they seem almost superfluous! ONE last epiphany here .. this is  man who only designed men’s clothes and yet look at what happened in a relatively  short period of time.. Raffie??
Posted by FASHION BY THE RULES at 4:52 PM