The pigs just flew by AGAIN!!! Like it? No?? .. Get it?  .. Well yes I do for the first time in a long time. The press release might have alluded to the influence of Diana Vreeland, but my eyes told me this is much more Frida Kahlo and south of the border than ediatrix! From the “slab” of brow to the head scarfs to the embellishments, for me this was a lot of Cinco de Mayo, minus the serape colors, and not so much NYC and fashion capitals. 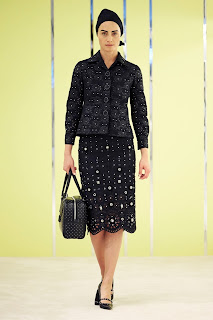 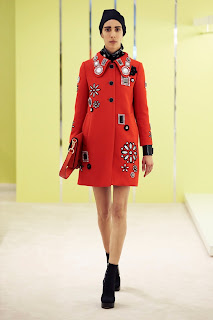 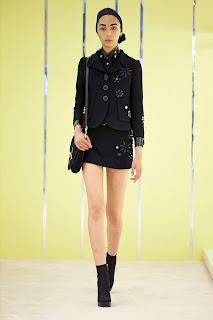 Jacobs utilized some of the most classic elements of historical resort collections with some heavy usage of broderie anglaise and various other laces mixed up with nautical stripes and lot of decoration. One might say you were reminded of Gaultier, Prada, come Japanese and some Lagerfeld. Sailor pants, mariner stripes, the high stance collars, the mirrors and those mutant peter pan collars all mixed up into a bouillabaisse of a Marc Jacobs collection. It can be said that for once in a long time, the clothes actually look like people would wear them and not look like they were off to some odd costume party. 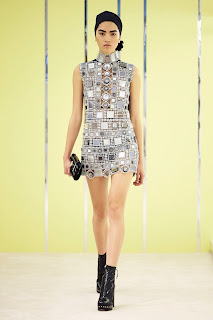 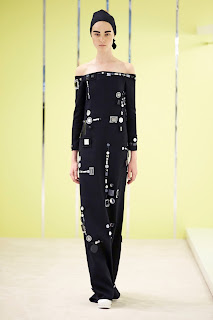 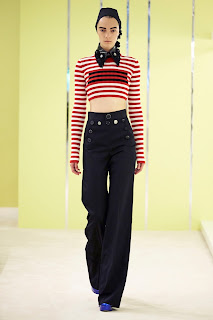 The restrictive palette enhanced not only the embellishments but heightened the seriousness of the clothes. These were not kittenish costumey get ups that are a rule here but a more citified sophisticated side of Jacobs. Personally, I found the prints very uninteresting to be honest and the one shoulder feather pieces were so reminiscent of “someone” whose name escapes me. 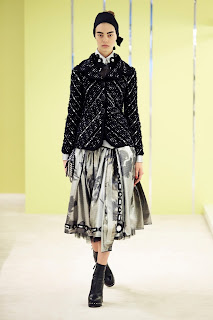 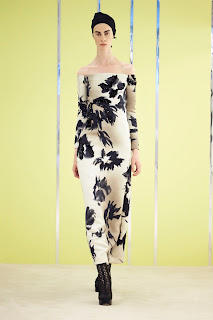 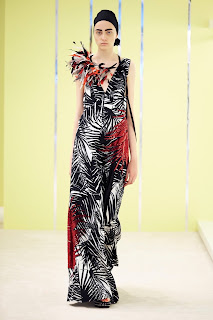 No matter, all my blah blah blah, I found the clothes intriguing and rather than dismiss them as folly, they were worth a second look and definitely not the usual fare that is offered by Marc Jacobs. There comes a time when designers have an epiphany that their clothes must sell and not just be admired or editorialized.
Posted by FASHION BY THE RULES at 7:58 AM