Balenciaga by Alexander Wang for resort 2016


Love it? Not a chance in hell!  … BUT … as time goes by Wang is slowly developing a signature for the brand which as nothing to do with his predilection for space aged fabrics, neoprene or pleather. What is most disturbing to the eye is that the quality is surely not up to snuff not is the construction. Please take note of the top stitching on the cream pinstripe pieces and then some of the dart placements and executions on the bodices of dresses. 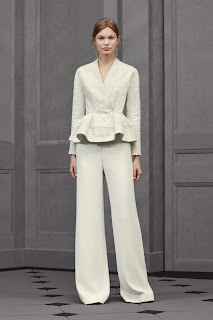 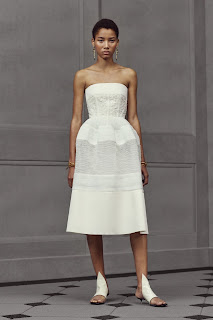 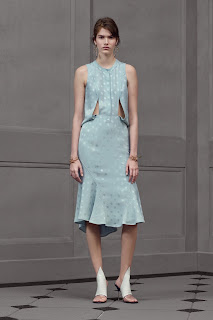 If one is versed in the genuine Balenciaga one knows that part of his fame and renown came from the apparent simplicity of his designs and the smooth lines and how he was able to coax fabric into doing unimaginable things.  Now we have Wang who thinks that trapunto stitching is the only way to make a peplum “wave” or that dresses need to look the same on the hanger the same as they do with a body in them. It would most easily be said ... over designed and over conceived which is usually a result of not knowing WTF you are doing aka lack of technical skills and knowledge! 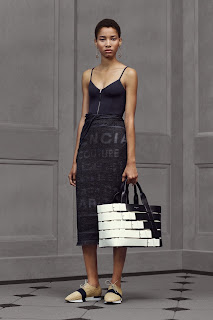 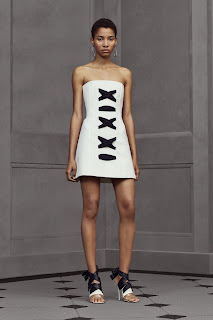 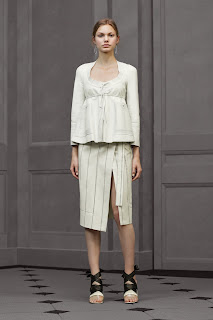 Then of course there are a group of styles that range from hideous to heinous like the apron front dresses, some limp rags with sheer insets,  and some styles that look more like undergarments rather than outer garments and yes I get, it is resort and that’s  his swimsuit/beach salute but you gotta make up your mind .. Are you in the innate DNA or in the future signature?  It can’t be retro and current or at least it can’t look that way but that requires huge skills! Then of course there is that cheap shot with the brand name on a skirt/sarong/ beach cover up... so so not becoming to the heritage and legacy of the brand. 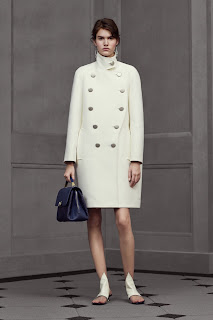 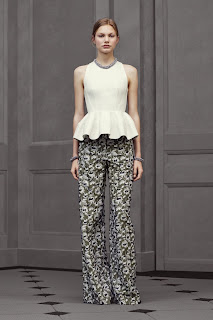 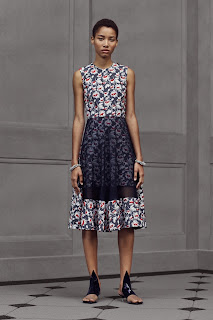 There are about 6 to 8 pieces which are good and maybe even one or 2 that are great but that’s where it stops. Once again, it’s about having a clear cut vision for the brand and not winging it season after season by tossing in some heritage influenced styles mixed with your own version of how you imagine the brand. One of the things that MUST go is that “Sam you made the pants too long” length which is so NOT Balenciaga! 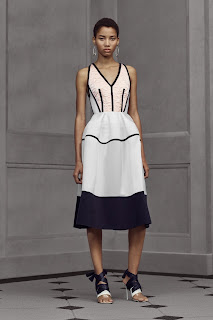 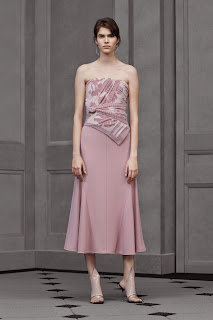 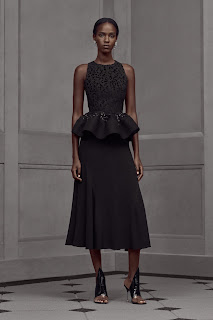 In my mind and probably in reality, some of the crap sells and probably sells well but it has nothing to do with Cristobal and his talents nor with anyone looking to buy a piece of history.
Posted by FASHION BY THE RULES at 8:36 AM