the sadness that is SAINT LAURENT .. SPRING MENS 2016


The reason for this review or really this editorial is to simply state that, IMHO, there should be a most wanted list for fashion designers who defame and diminish the world of fashion and the heritage brands that keep them employed. #1 public enemy on the list is the armed and extremely dangerous criminal ..  Hedi Slimane! 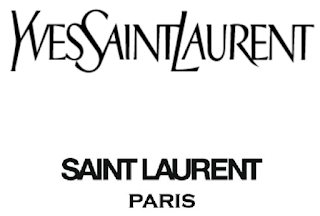 This man single handedly, with the help of Kering, has diminished and obliterated one of the most revered and respected names in fashion. He has designed collections that would be consistently coveted by and worthy of H&M or ZARA  which in no way reflect the heritage of the brand... no matter how he twists and turns his words in his demented mind

His decision to be the Greta Garbo of fashion, which is second to the rarely seen Galliano, may be his wisest career move as he surely has nothing to gloat about except being guilty of international grand larceny or impersonating a designer ... stealing from the so called fashion lovers and poisoning the minds of an ever fawning press. Maybe he is the Jim Jones of fashion or the Timothy McVeigh of fashion.  He has defamed the memory of one of the greatest designers of the 20th century.

So here is my question; PIERRE... how’s it feeling now? Still sitting front row watching these rags paraded in front of you under the name of the love of your life? Are you proud of what you built being reduced to merde? How’s it feeling now, monsieur? How’s it feel to see YOUR brand turned into some 20 something hippie clothes? Vous sentez-vous bien à ce sujet? As the French say  … pffffffft !
Posted by FASHION BY THE RULES at 4:31 PM