Here is a list of what came to mind after seeing this expansive collection that reeks of hubris, excess, money, ethnicity and well, a lot of subpar looking clothes, no matter the price, the quality or the brand. We have every kind of Indian known to man, we have every part of the east… from middle to far to near, enough folkloric florals to fill a flower district and then there were those hideous patchworks which reminded me of cheap mistakes from times gone by. 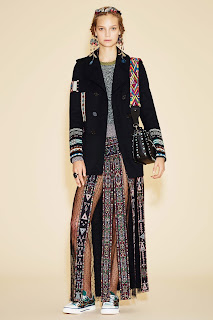 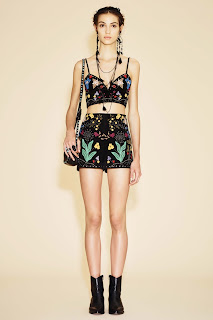 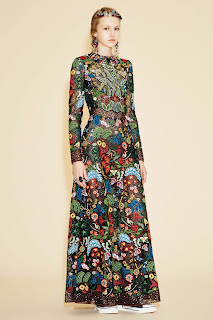 What was shown today, IMHO, is at least 3 collections all clumped up to be shown as one bloated repetitive collection that reminds us who has this look covered more than anyone and with more craftsmanship than anyone.  One would think that with all that was shown … the standout piece would have been something other than a full length camo anorak/field jacket with an embroidered fire breathing dragon on the back. A collection of this enormity is ennui inducing on so many levels but what MUST be kept in mind that this is a collection that requires dissection. There are so many “parts” to the puzzle but the real gems are to be extracted from the total looks that were presented. 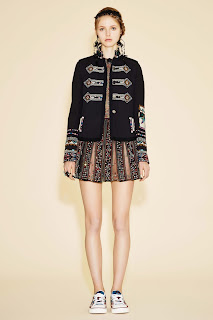 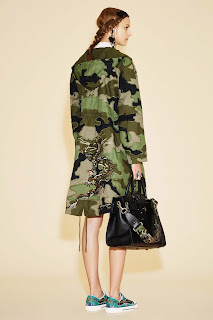 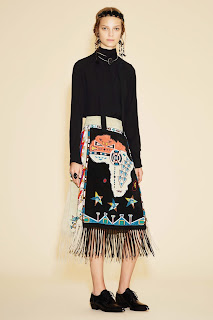 One would think that a brand with this kind of power would refrain and not succumb to the trite and silly styling which included bad shoes, “Frida” hair, hippie earrings and braids; such gimmicks are like pandering which is beneath the brand’s reputation.  You would think that Maria Grazia Chiuri and Pierpaolo Piccioli might have exercised a bit of restraint pertaining to the powers of editing. Yes, editorially speaking, these clothes are an open and shut case of extravagance but one realizes that these clothes are far beyond the reach of more than 99% of the population which in a way renders them “useless” unless of course they are loaned, given or appear on a printed page, to say that the clothes for the most part are prohibitively expensive is like saying a Maserati is just a good family car. This all reminds me of “just because you can, doesn’t mean you should!” 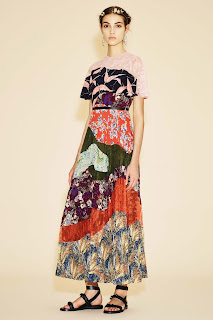 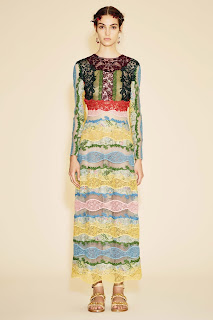 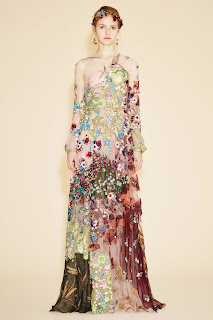 Anyone who reads me knows that the brand in its current over embroidered, over embellished, overly prissy but impeccably made incarnation evades me for the most part. Where are the spectacularly beautiful day and evening clothes that women of a fashion aristocracy can wear to suit their needs? Which also brings up where are the exquisitely tailored suits of times gone by?
Posted by FASHION BY THE RULES at 8:15 AM