Milan is flexing its fashion muscle this season and one of the early leaders is Massimiliano Giornetti with the Salvatore Ferragamo men’s collection that he presented for spring 2016. It becomes amazingly refreshing to see clothes that actually can be worn, but then again isn’t that the purpose of fashion? My guess is that it just depends on who you ask. 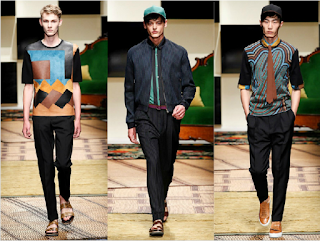 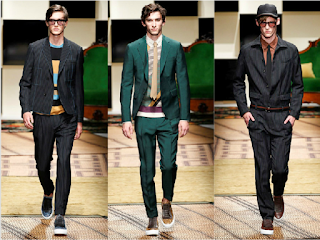 One of the undeniable facts about fashion is that it must appeal to the consumer since as has been stated many times before; fashion is ultimately about selling clothes. Giornetti gets it!! The clothes are understandable, modern, mostly ageless and represent the heritage and reputation of the esteemed brand. There are not many legendary brands that show themselves off with such great élan and dexterity. Giornetti shows a 21st interpretation of Ferragamo ... from the feet up! While on the subject of feet… oooh those trainers! While we are the subject of interpretation, let’s talk about how the designer has mined the archive for inspiration and used it with an amazingly deft hand …  the jumbled Ferragamo logo sweater as one example. Again, there are not many designers who know what to do with the archive they possess. 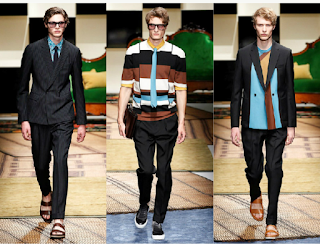 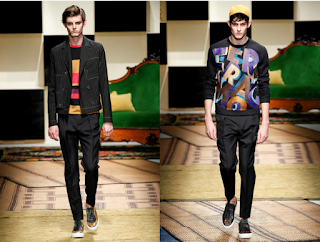 There is an unquestionable graphic quality to the collection as well as a plethora of options when it comes to jackets, suits and outerwear.  Giornetti has always emphasized these components and has always infused modernity to the classics, sometimes just withy the use of varied fabrications. Another appeal is the palette which is a welcome departure from the staid and drab colors we have seen from so many other designers and keep in mind that this Spring collection was not bursting with blinding whites! Imagine a Spring collection that didn’t need white for you to recognize that it was spring... a feat in itself! 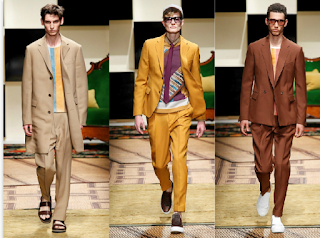 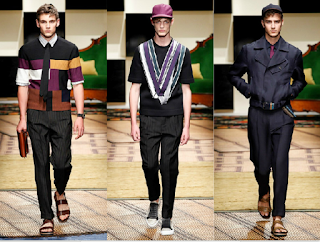 If there is a criticism to be uttered, it would be that the styling and choice of models was skewed a bit young but for the seasoned eye, this is quite a minor offense. Massimiliano Giornetti remains firmly on my top 10 list as he always has his eye on the ball... so to speak! 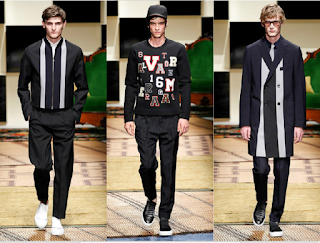