Balenciaga is a French fashion house founded by Cristóbal Balenciaga. He had a reputation as a couturier of uncompromising standards and was referred to as "the master of us all" by Christian Dior. His bubble skirts and odd, feminine, yet ultra-modern shapes were trademarks of the house.
With that being said, let’s revert today to a review that will take the form of a letter to the designer about his Fall 2015 collection: 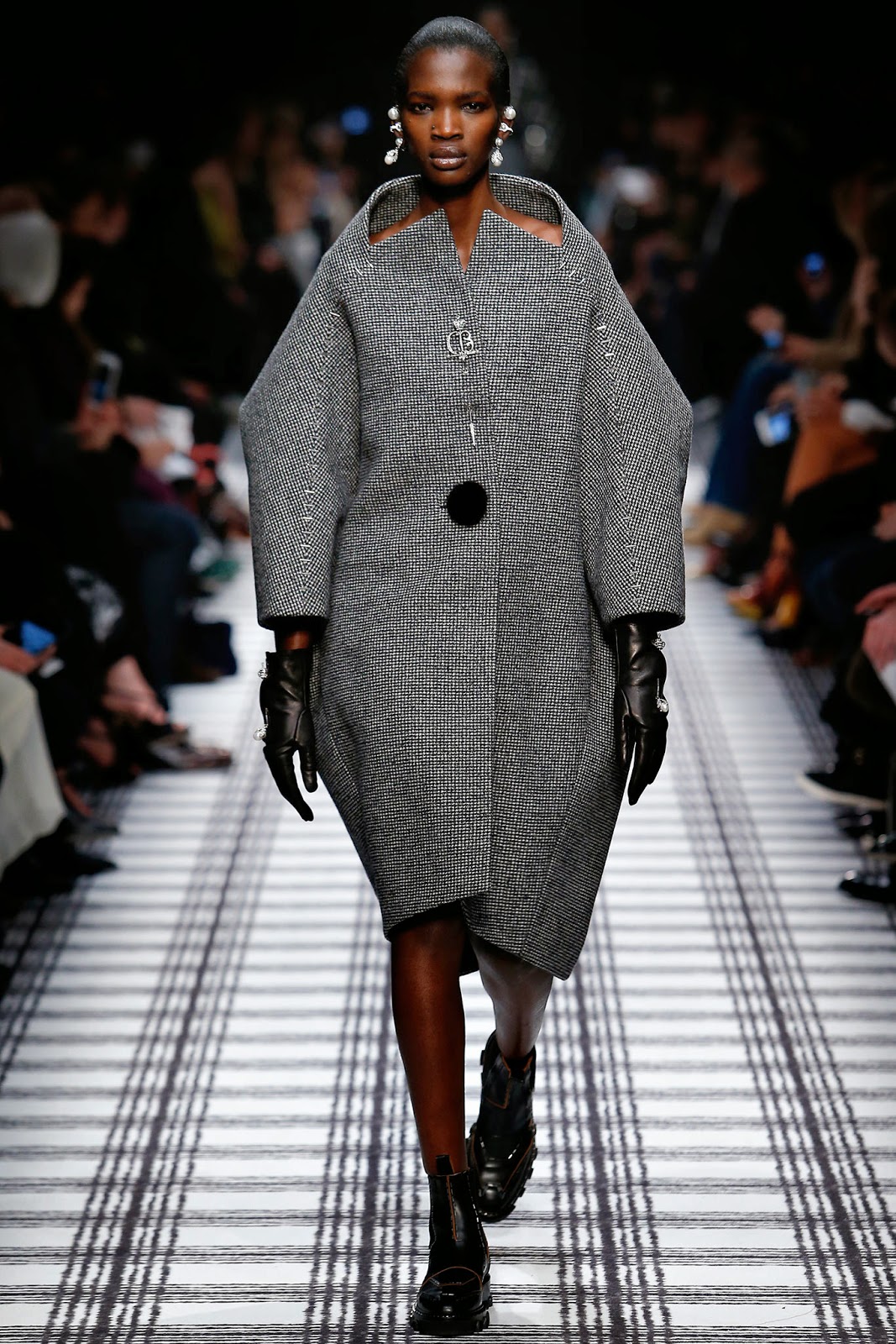 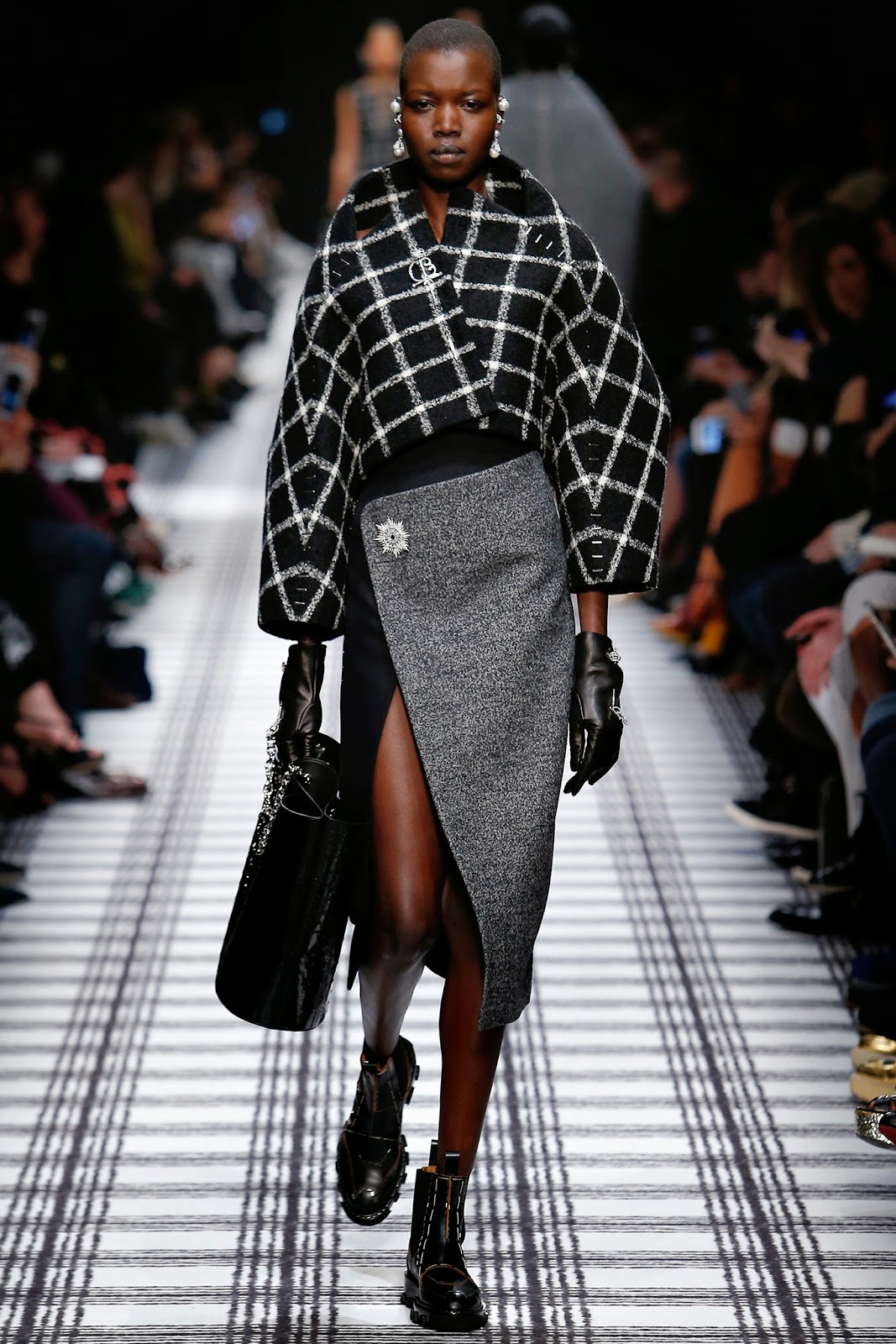 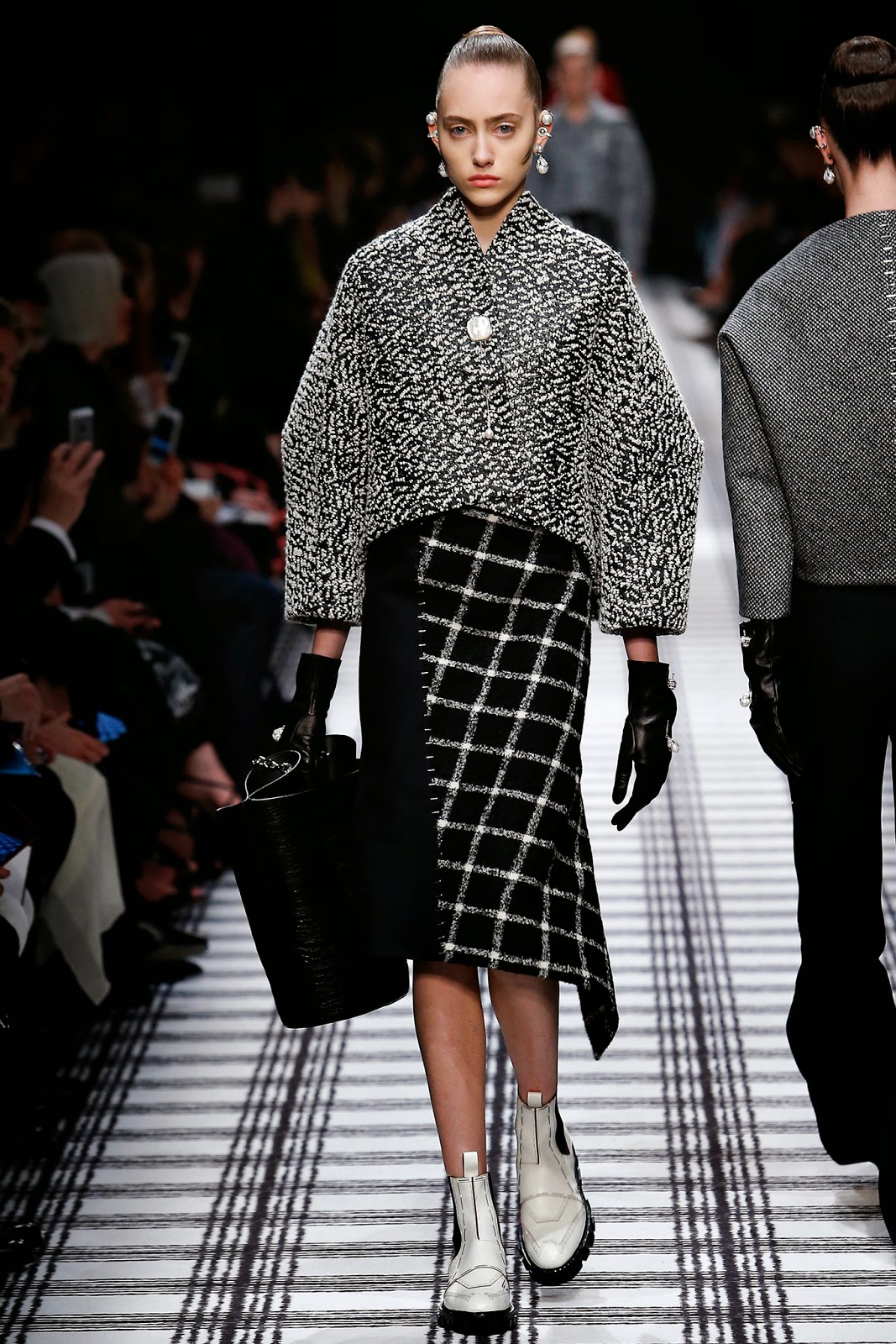 just back from your latest effort for the renowned and fabled house of Balenciaga and I need to ask you there... do you have mirrors in the atelier or are they fun house mirrors? Apparently no one could see that while you made valiant effort this season to reference the eponymous designer, you somehow failed when it came to completing the task. I first noticed that in the first half of the show, the coats were pretty great  but then the top half of many outfits seem to echo what might have been DNA of the brand but the bottom half was so you! I mean really… couldn’t you find something a bit more feminine other than brogues or pointy fur trimmed mules for the models to wear... you know like pretending that you have some respect for the late designer. Ho did you ever wind up with belts as a collar or as embellishment on a skirt and then adding school boy scarves ..WTF are you thinking here? 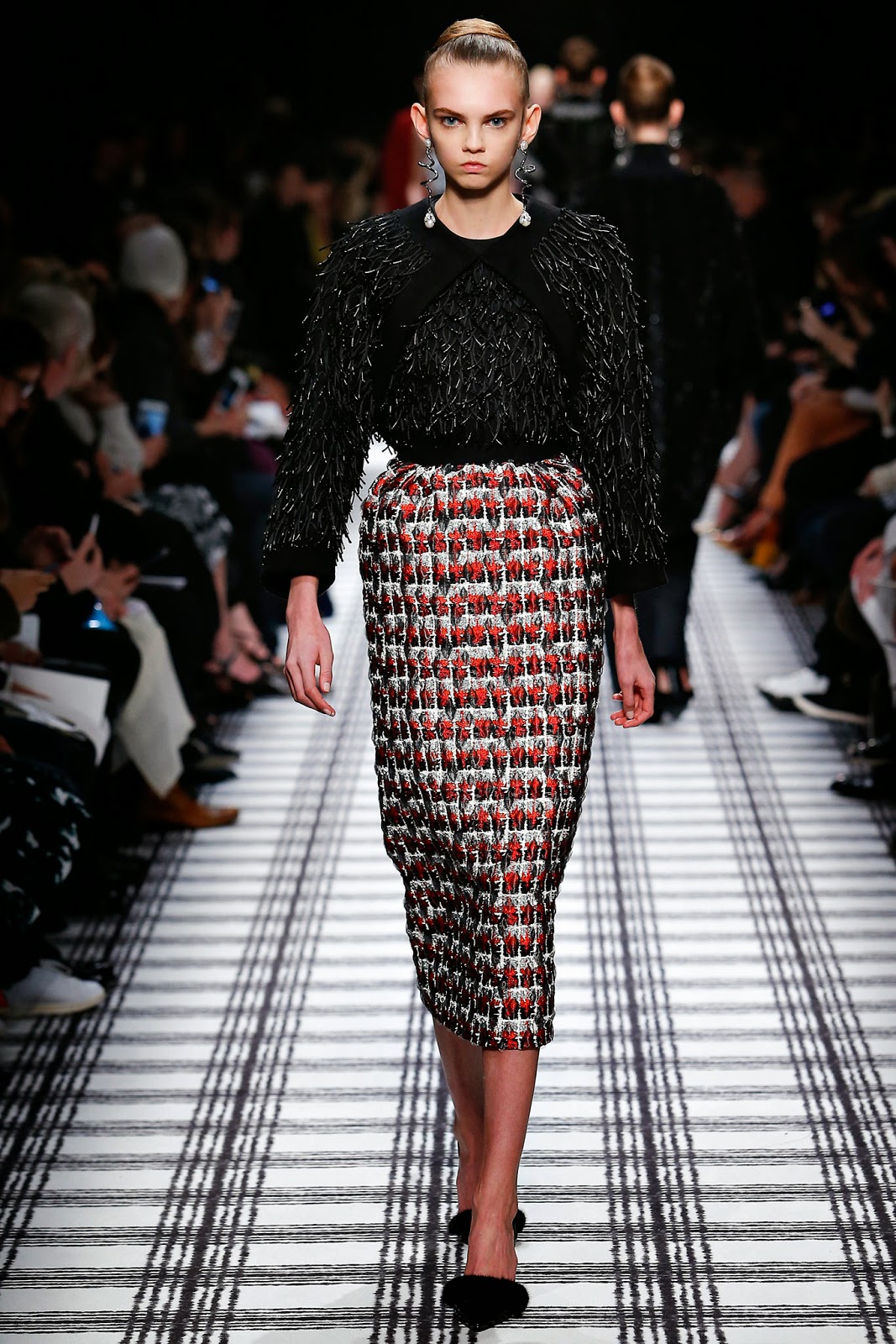 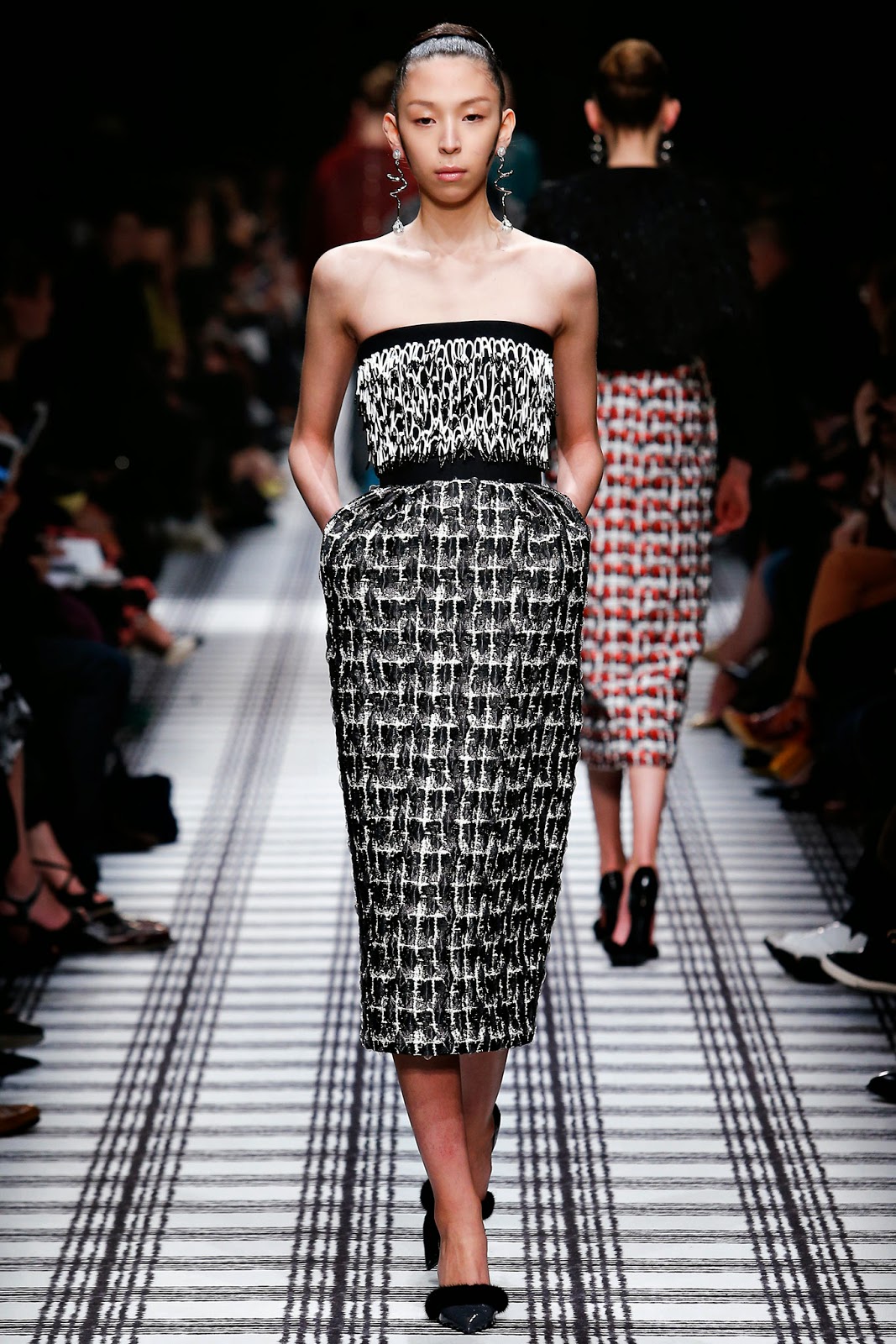 Moving right along you get into that hourglass shape complete with shaped skirt which might have worked had you bothered to lower the waistline a bit and shorten the skirt... did no one notice the odd proportions you were creating? You know … Wanger, Cristobal was also about proportions not just shape! I really don’t get it... you went so far as to try to really show that you have some respect for the brand and the eponymous designer and yet you didn’t go the distance to perfect it.. Tsk tsk tsk! So... why bother? Maybe it is because you failed to understand that women’s waists are not scant inches from their bust lines??...Or maybe that you really aren’t comfortable with actual dresses? BTW Laverne & Shirley Monogram pins?? …. Really? 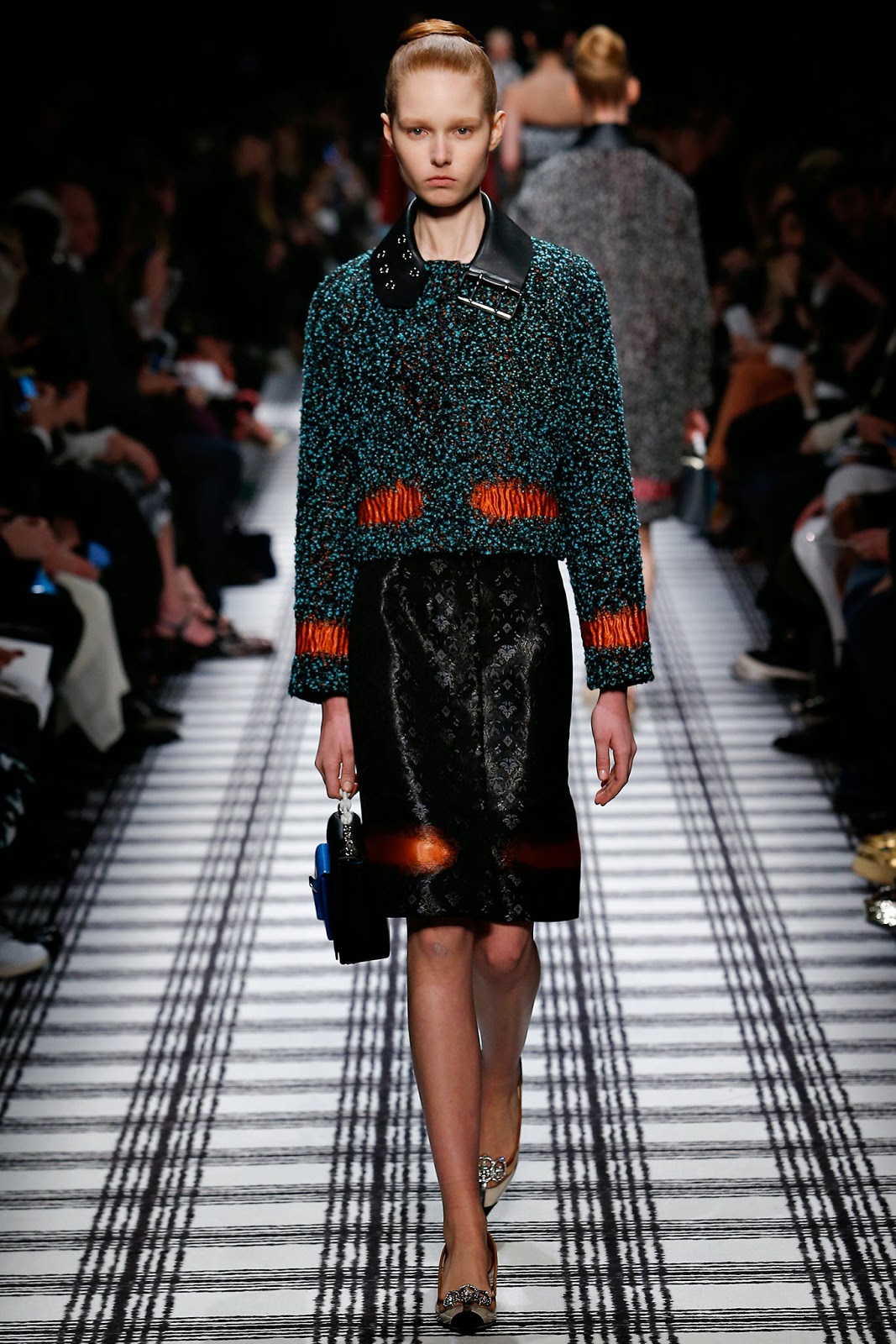 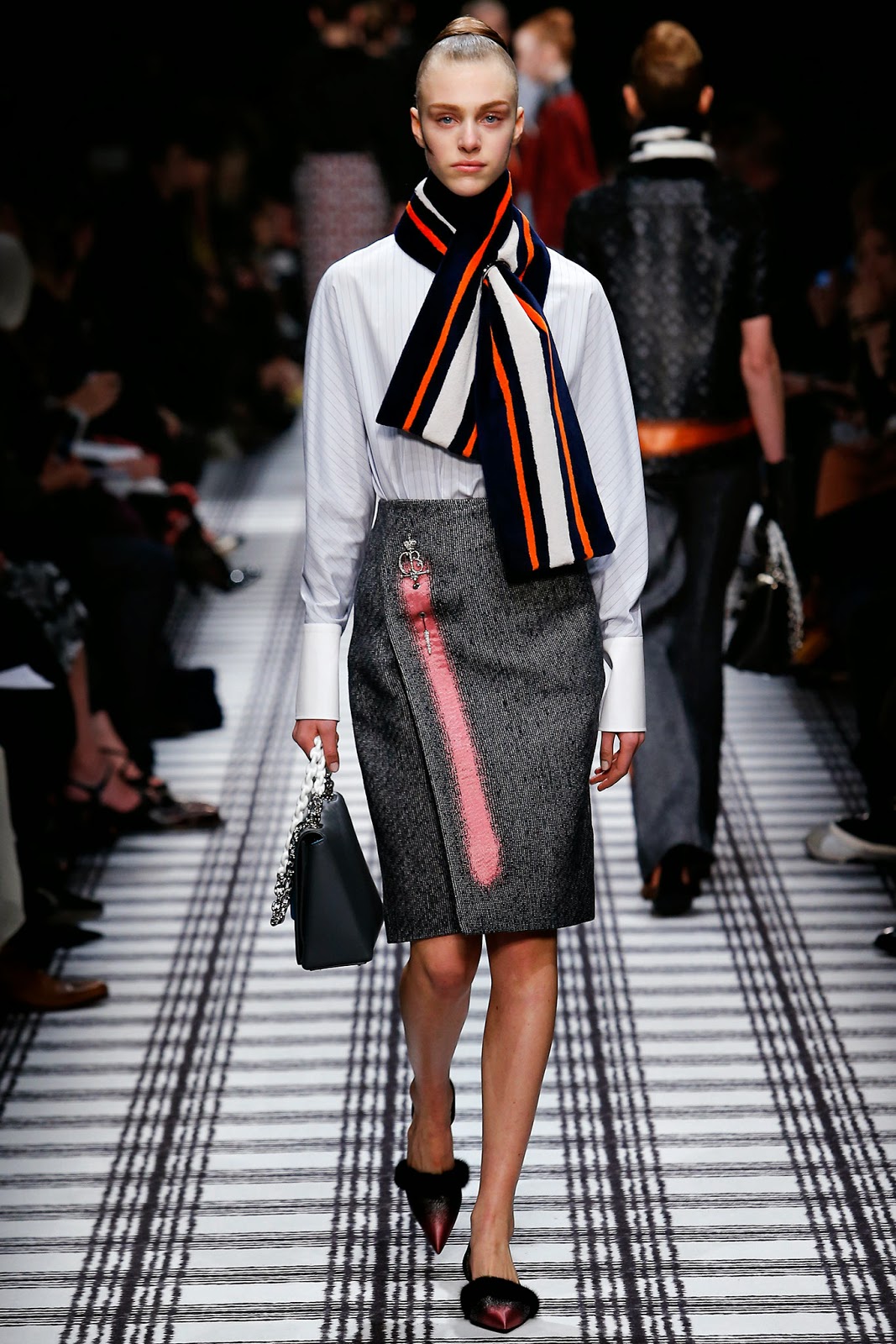 So, now AW, let’s talk about those silly skirts that barely cover ones nether regions when walking ... why? What is the deal?  I get it that you didn’t want to be too literal but hell you might have come up with even  a simple pencil skit with a slit rather than that semi quasi wrap thing. It would be nice if you showed the world that indeed you were all grown up instead of pretending to be an eternal it boy... you know that only holds up for so long and then doll, it gets real tired real quick.. I know you know what I mean... it is a long stretch from cargo pants to almost couture like construction and actually living up to the reputation of the brand. 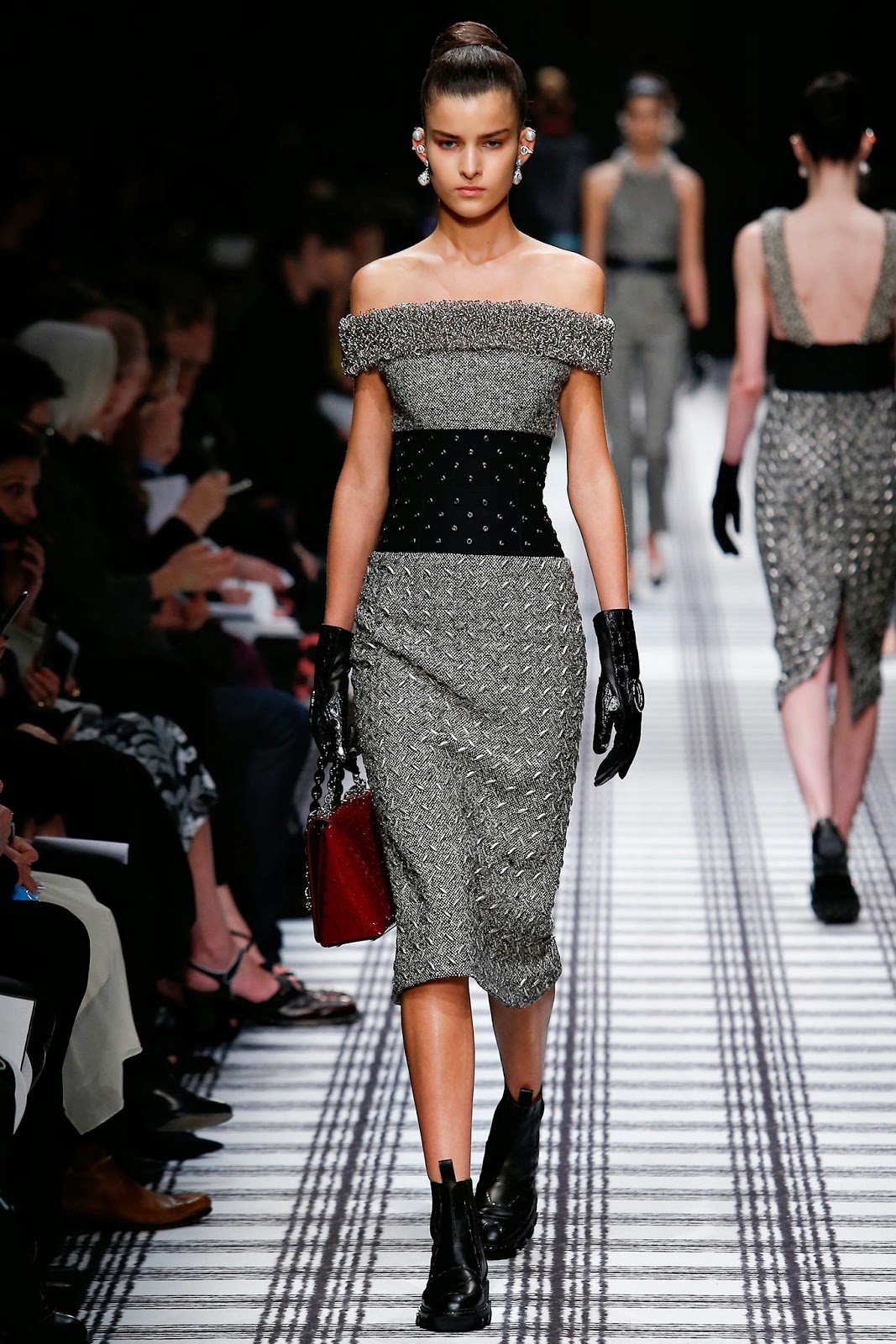 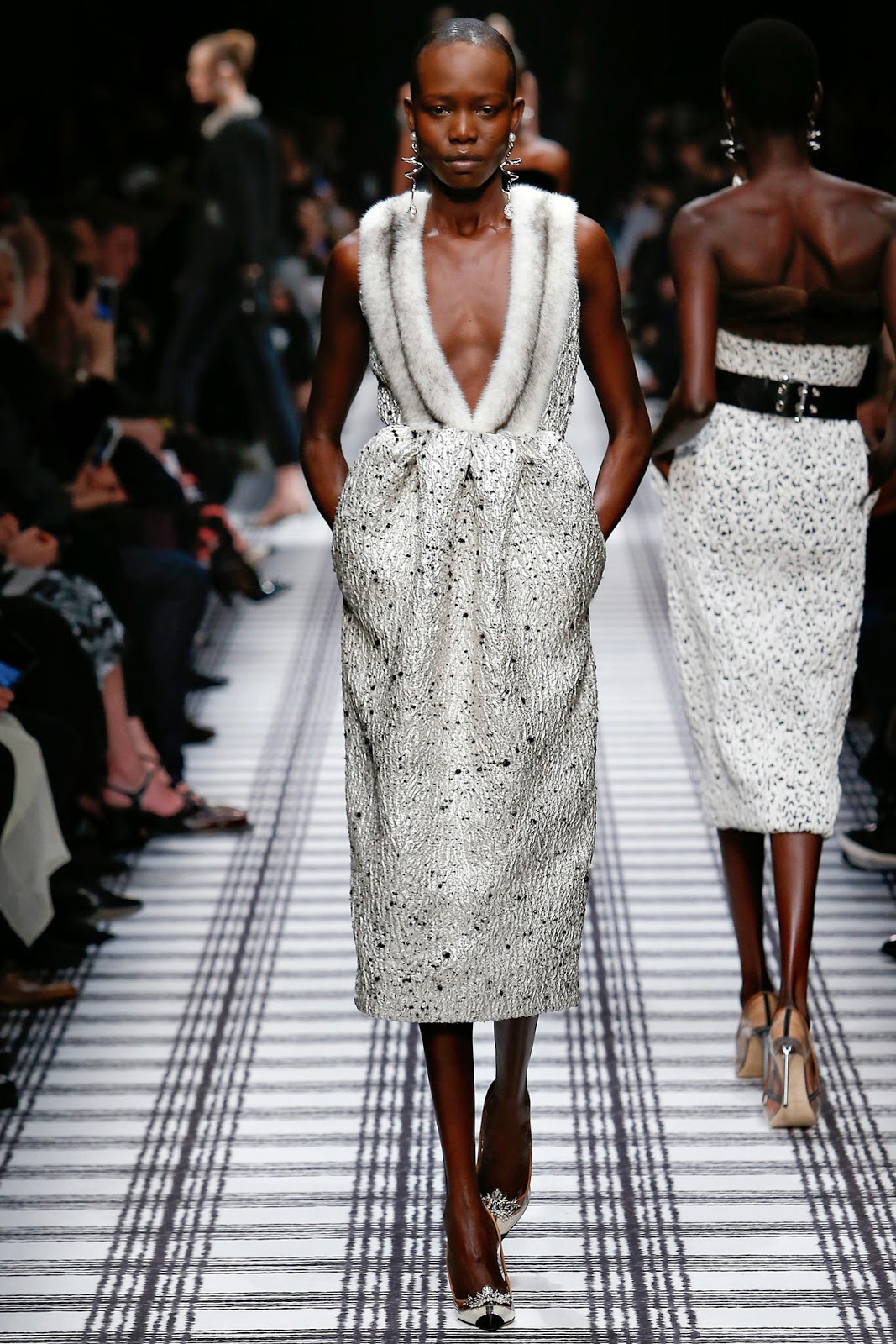 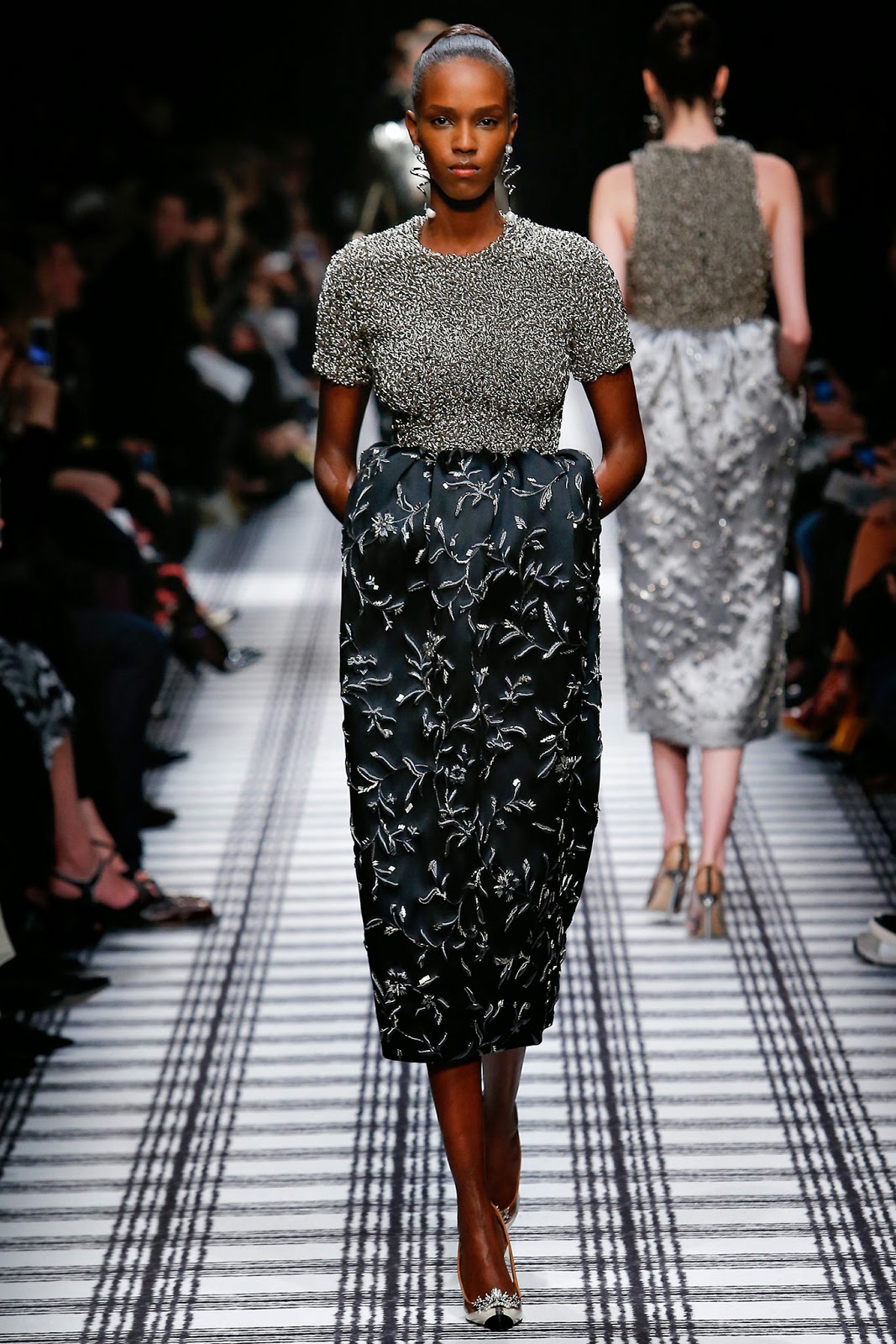 One more thing before I dash off... ya gotta cut that mop off as that hair flip is really wearing out its welcome on ANY runway and it may be time to “tell” everyone you have grown up!