So let’s begin with the positives about Fall 2015. In a rare moment of reality during this season, Massimiliano Giornetti turned his focus towards day clothes. You would have to agree that in a season fraught with dressy clothes and red carpet gowns, few have thought to offer clothes that women might wear in their everyday lives or while traveling. Granted, these are not soccer mom, pick up the kids and car pool clothes BUT they are clothes that cosmopolitan women would wear while out for a day of shopping, lunch with the girls or a day of meetings at the office. 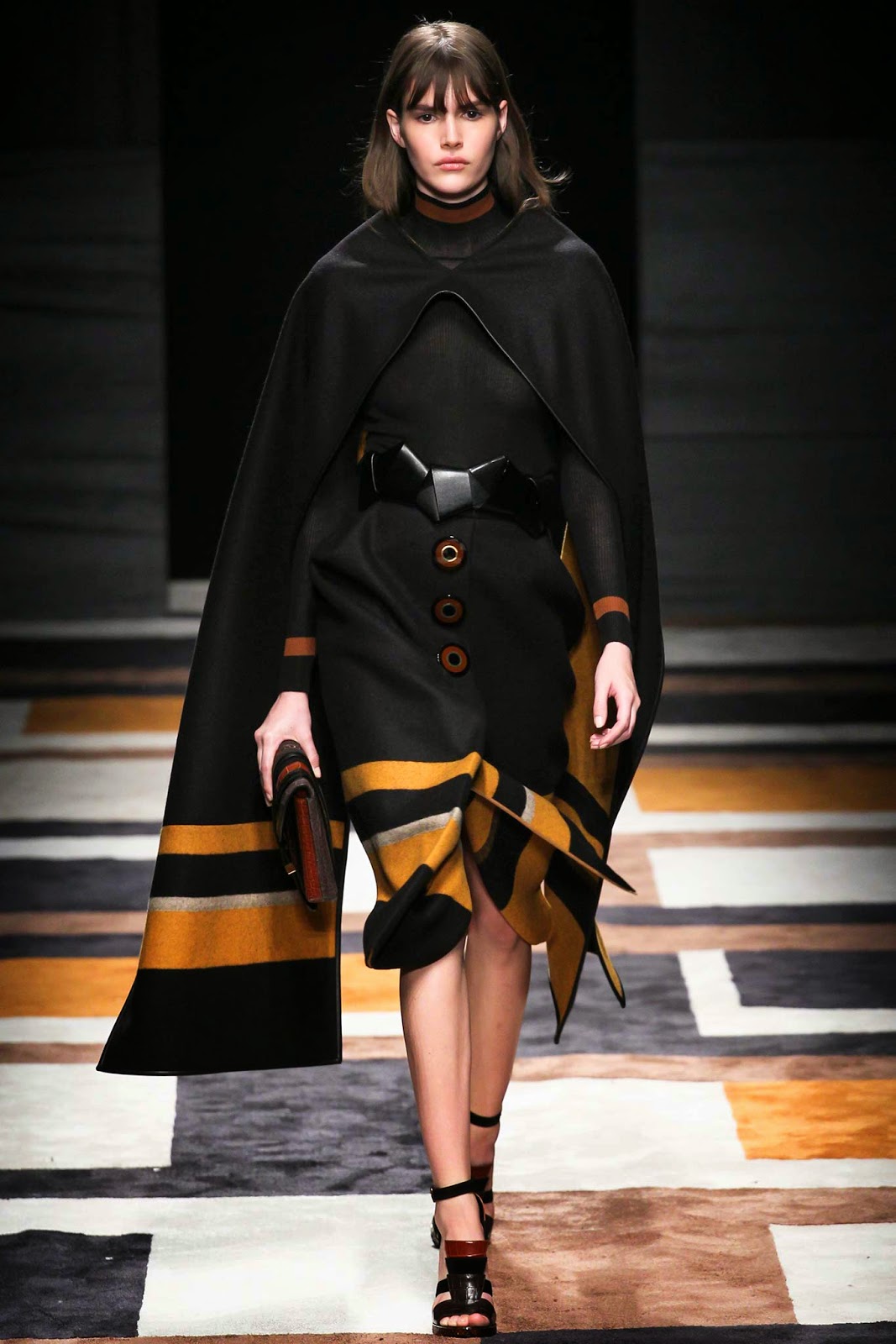 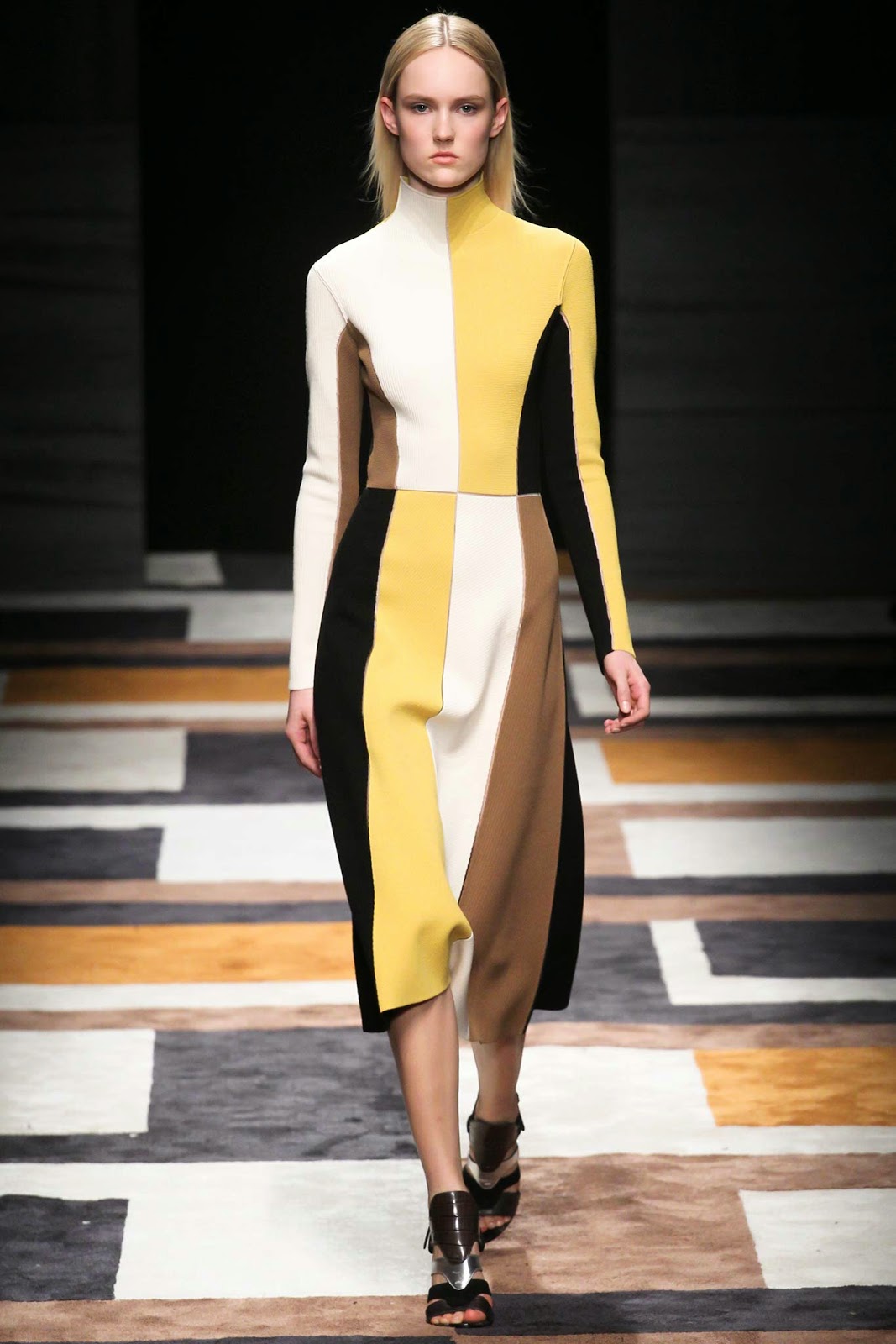 There were a ton of knit possibilities including what appeared to be a wool lace, lots of ponchos, throws, dresses and a take on a tennis which was particularly fabulous and should have been further exploited.  A recurring theme was what I dubbed “kaleidoscopic color blocking” (sort of a cross between Albers and Marimekko) which was used with great élan and skill whether in outerwear, wools, furs or silk. This sort of patchwork or blocking seems to be epidemic in this season’s collections but not always utilized it the most successful ways as we have already seen. Giornetti accomplished this trend easily and appealingly while others struggled rather awkwardly. While on the subject of trend, it should be noted that Giornetti’s use of fur was far more palatable and chic than what has been seen as he chose to use it gracefully instead of  some slab of fur slapped onto a coat or jacket. 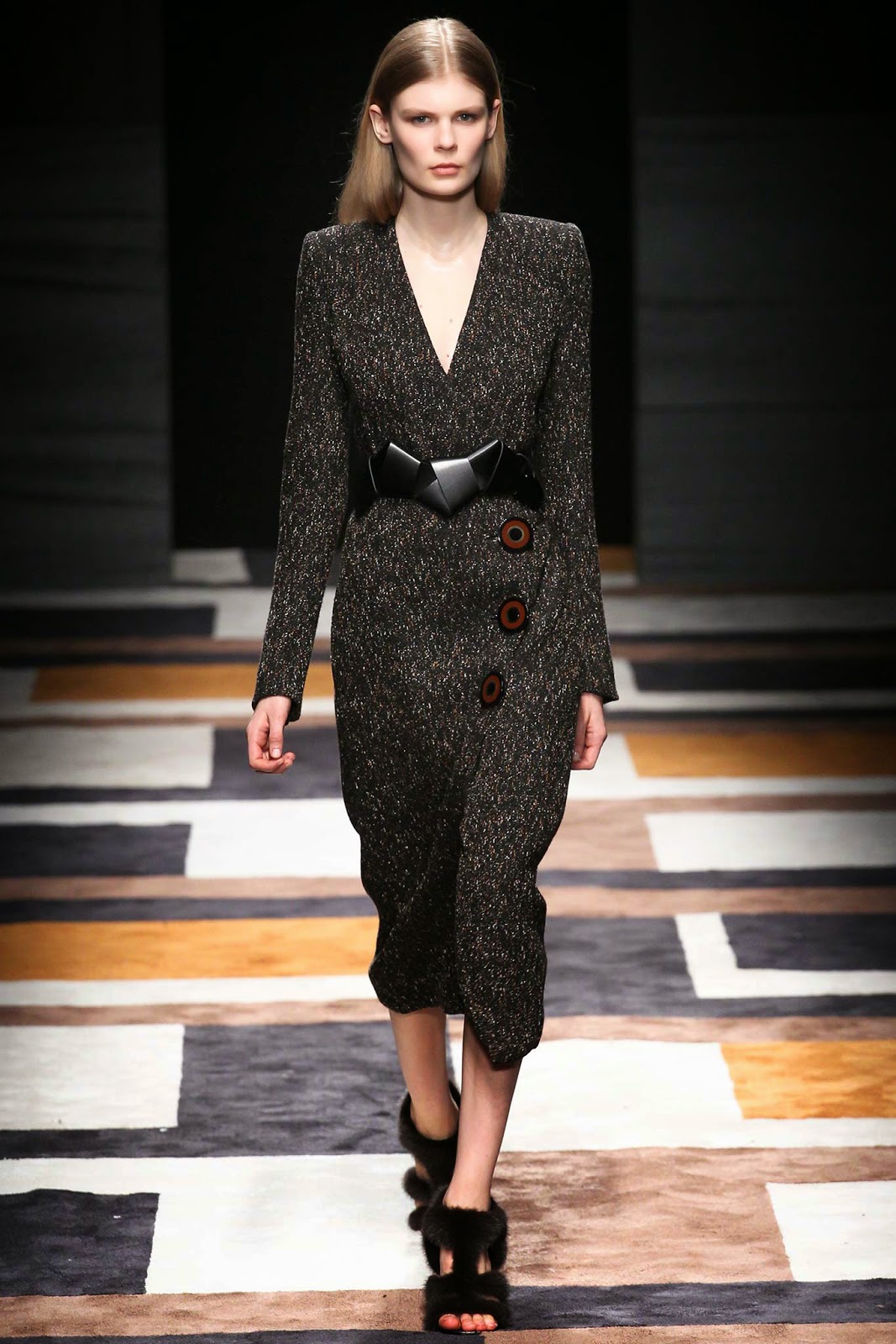 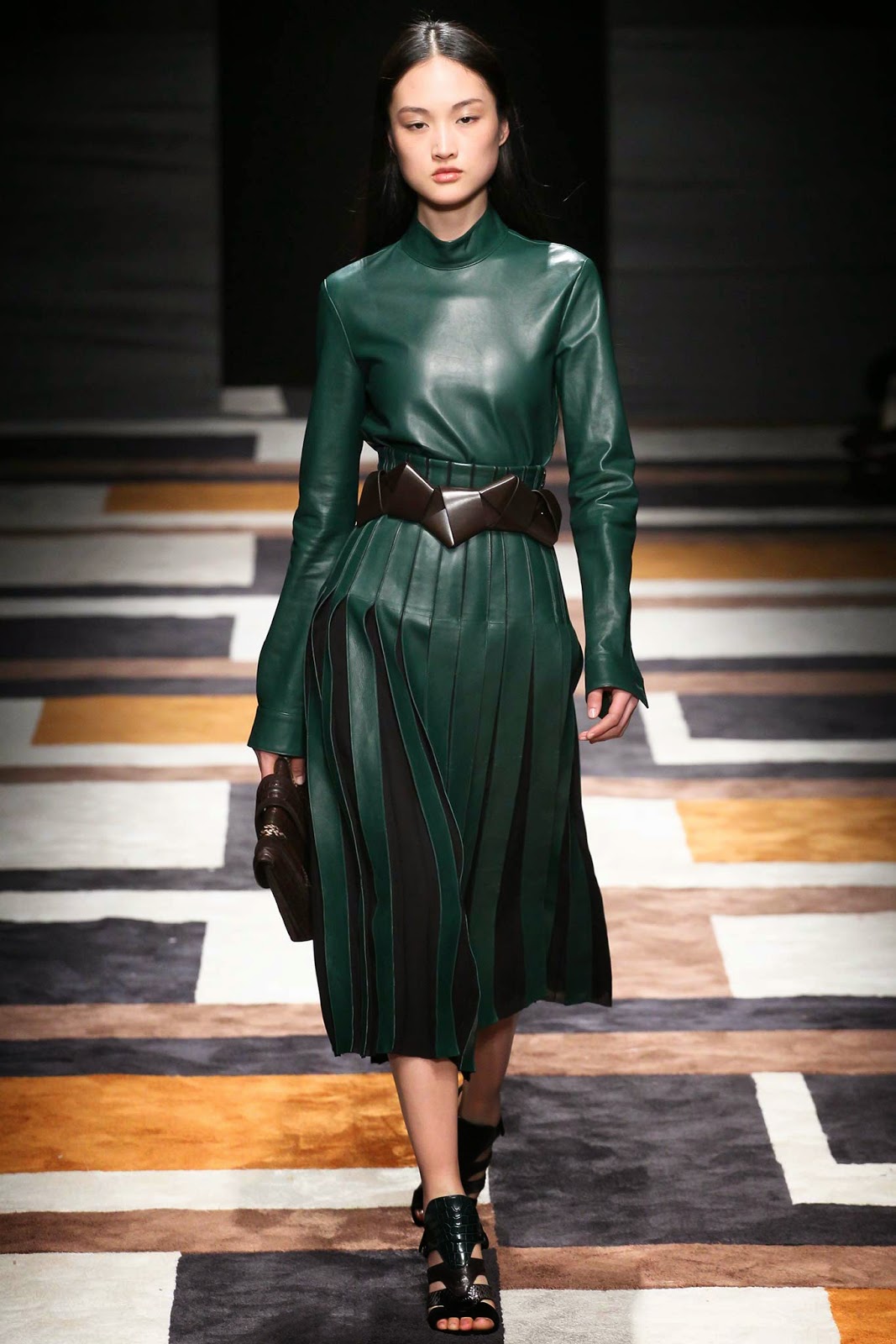 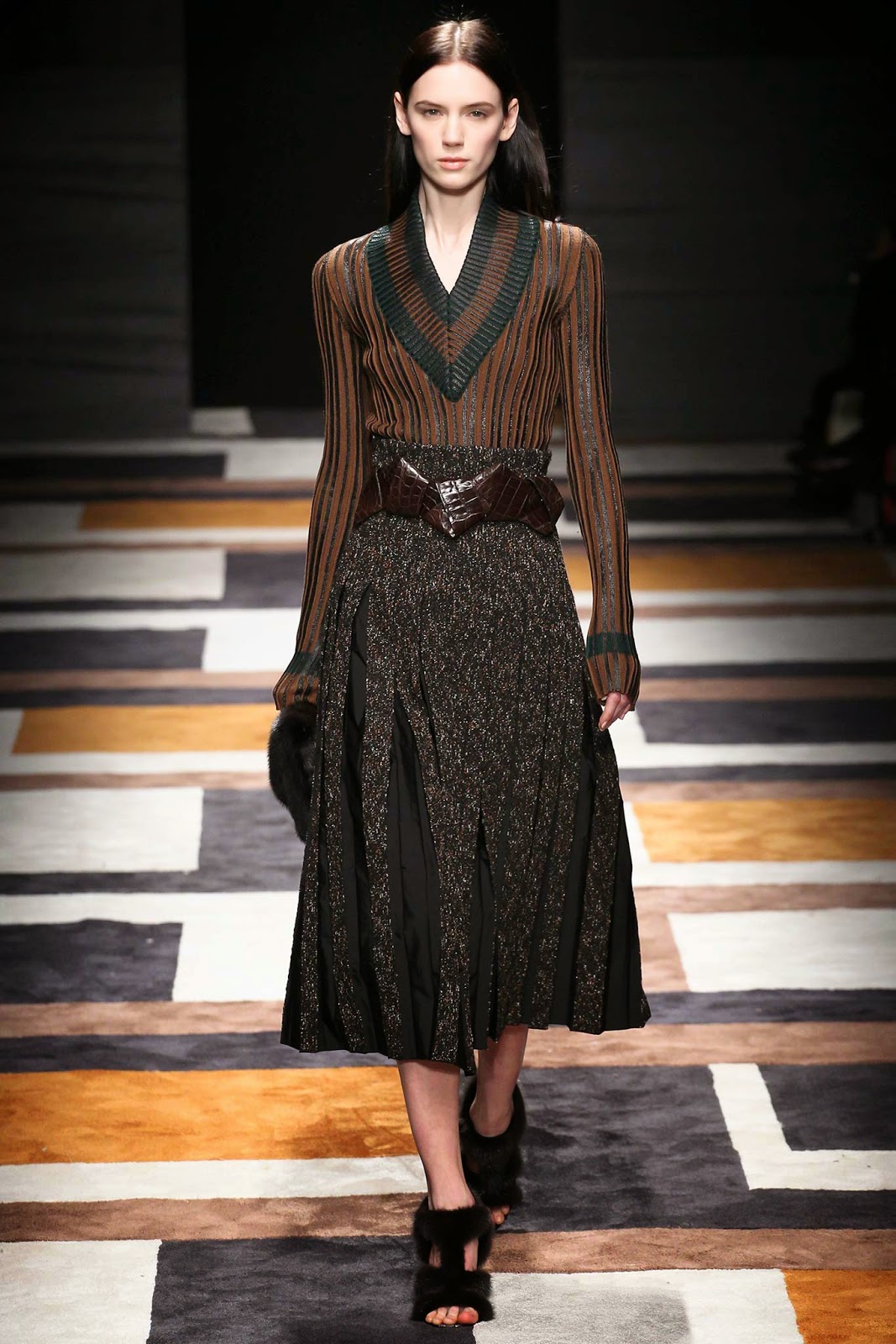 One last trend which appeared here and everywhere  was that of this odd fascination with box pleats that has permeated the runways. As I have previously stated, this is an enigma to me BUT Giornetti’s deft hand showed it off the best by using the art and craft of the brand when he employed those mock pleats in butter soft leathers. 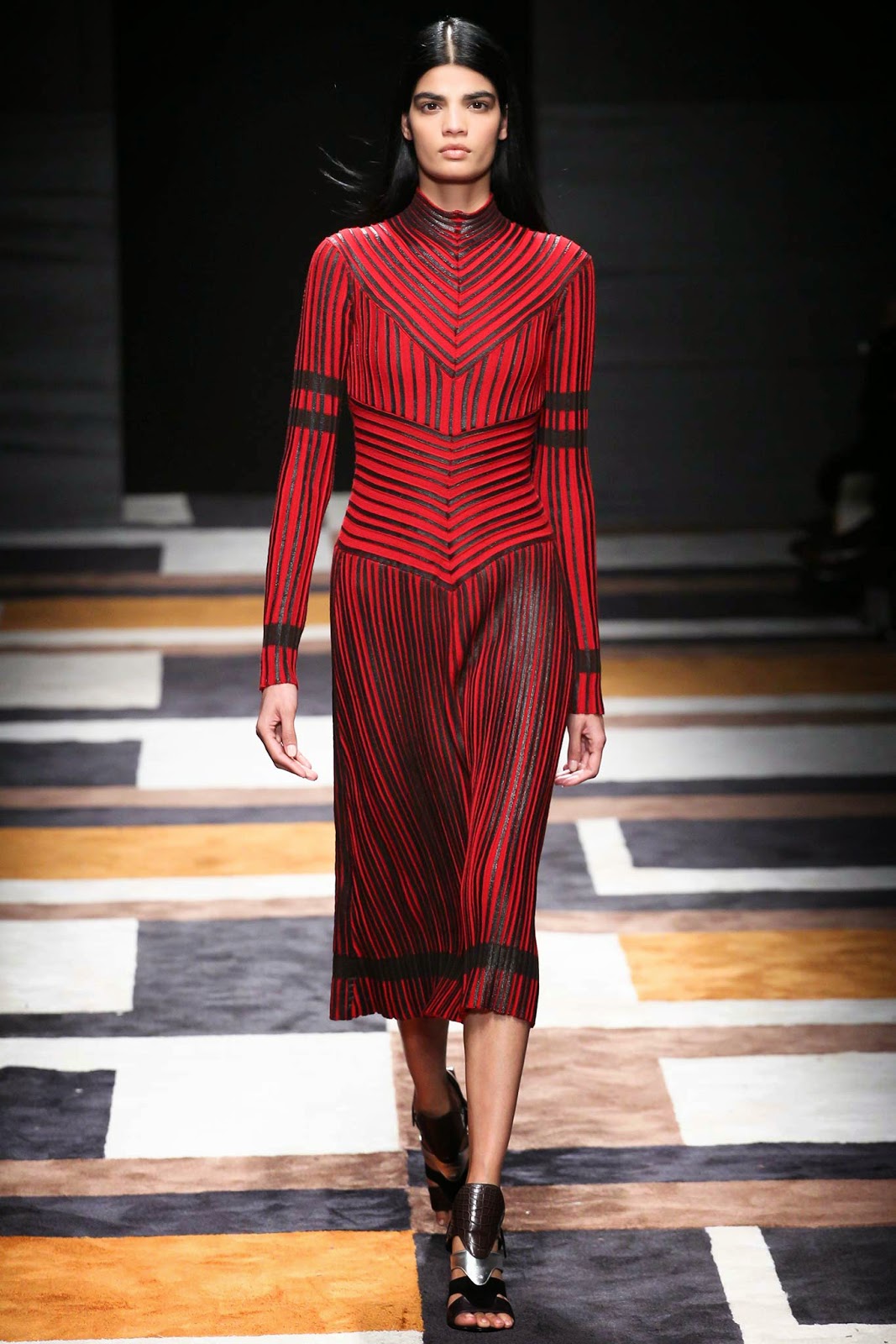 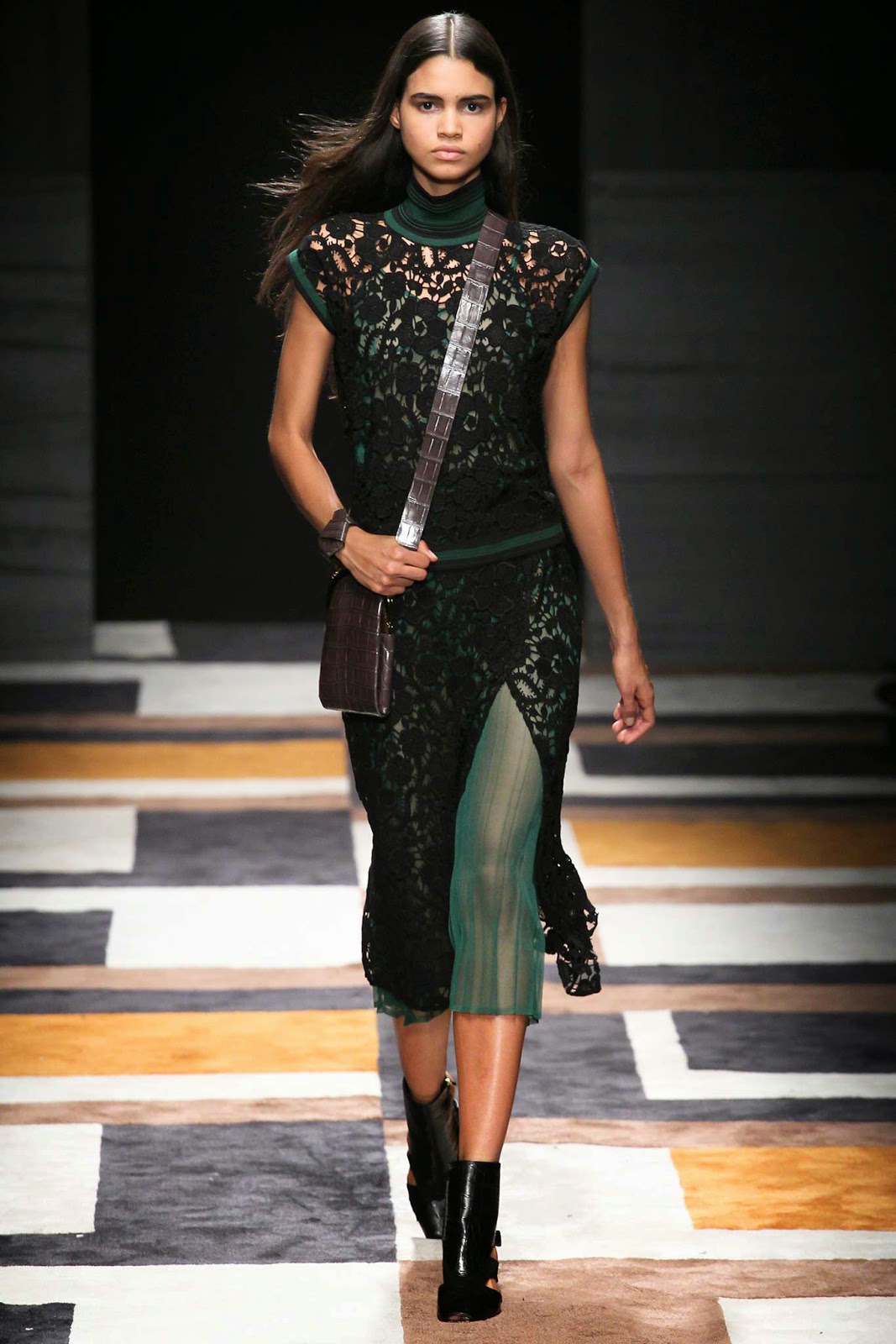 While on the subject of assets … We should discuss the tailoring aspect which was in full view and again much to the brand’s credit. Great jackets dresses and coats which were subtle yet fashionable and stylish…. In other words not too bland and not overworked ... dirty word alert ... salable. Great handbags and belts were in evidence but I am on the fence about the shoes. Giornetti is ever of the fabric adventurers and within this collection he struck upon one more innovation to notch onto  his belt and that is the mock ribbing which he accomplished with narrow leather strips … actually very amazing! 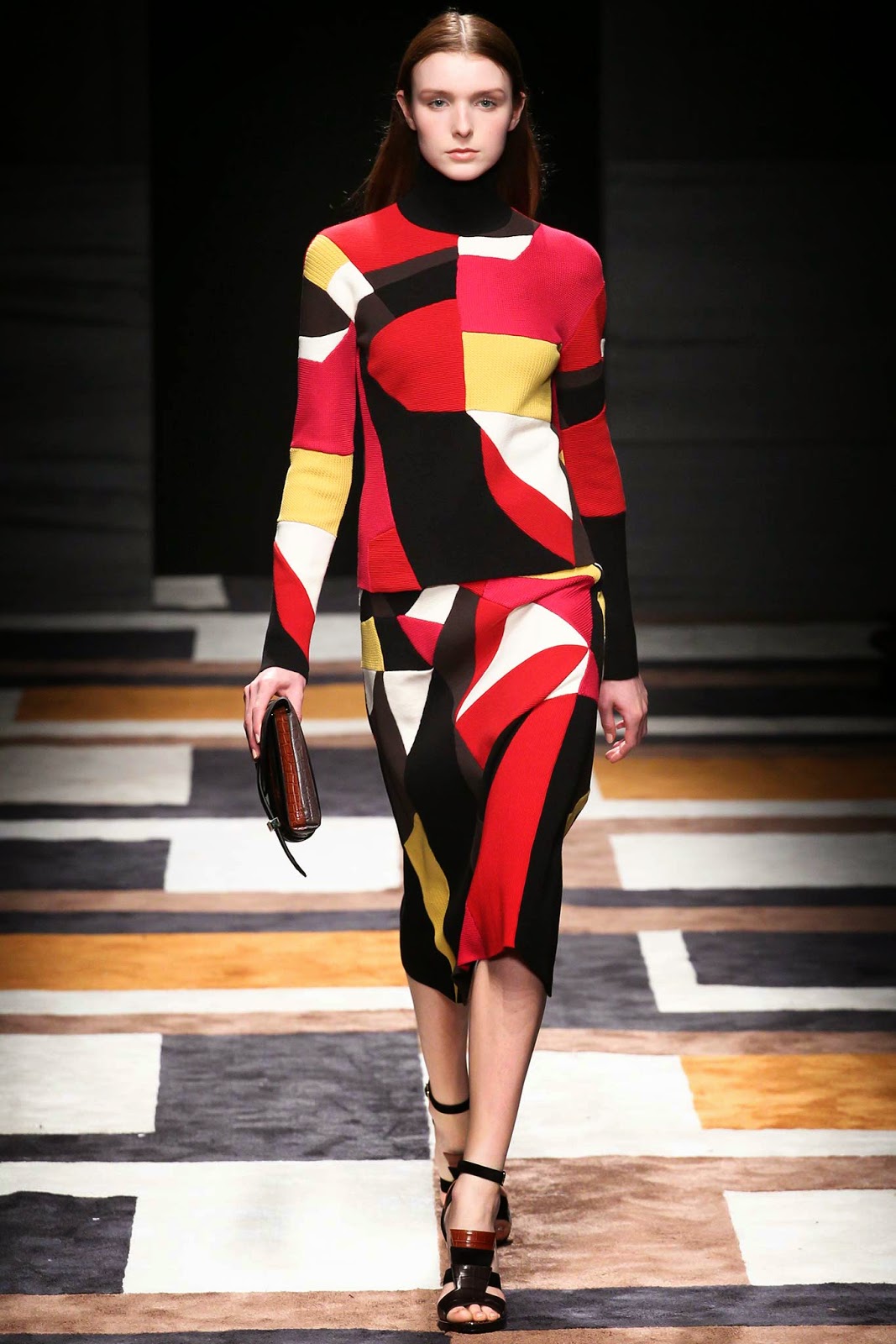 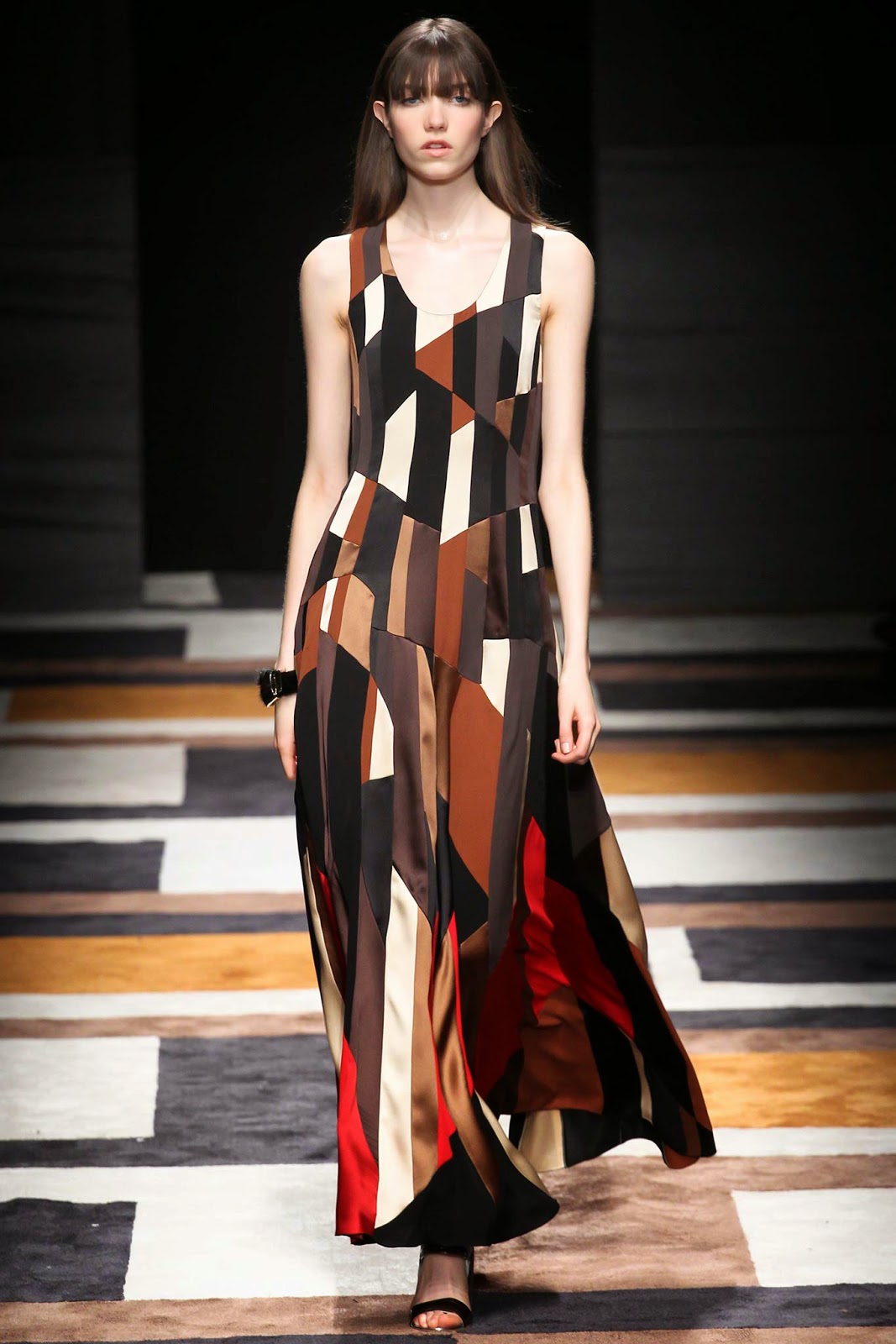 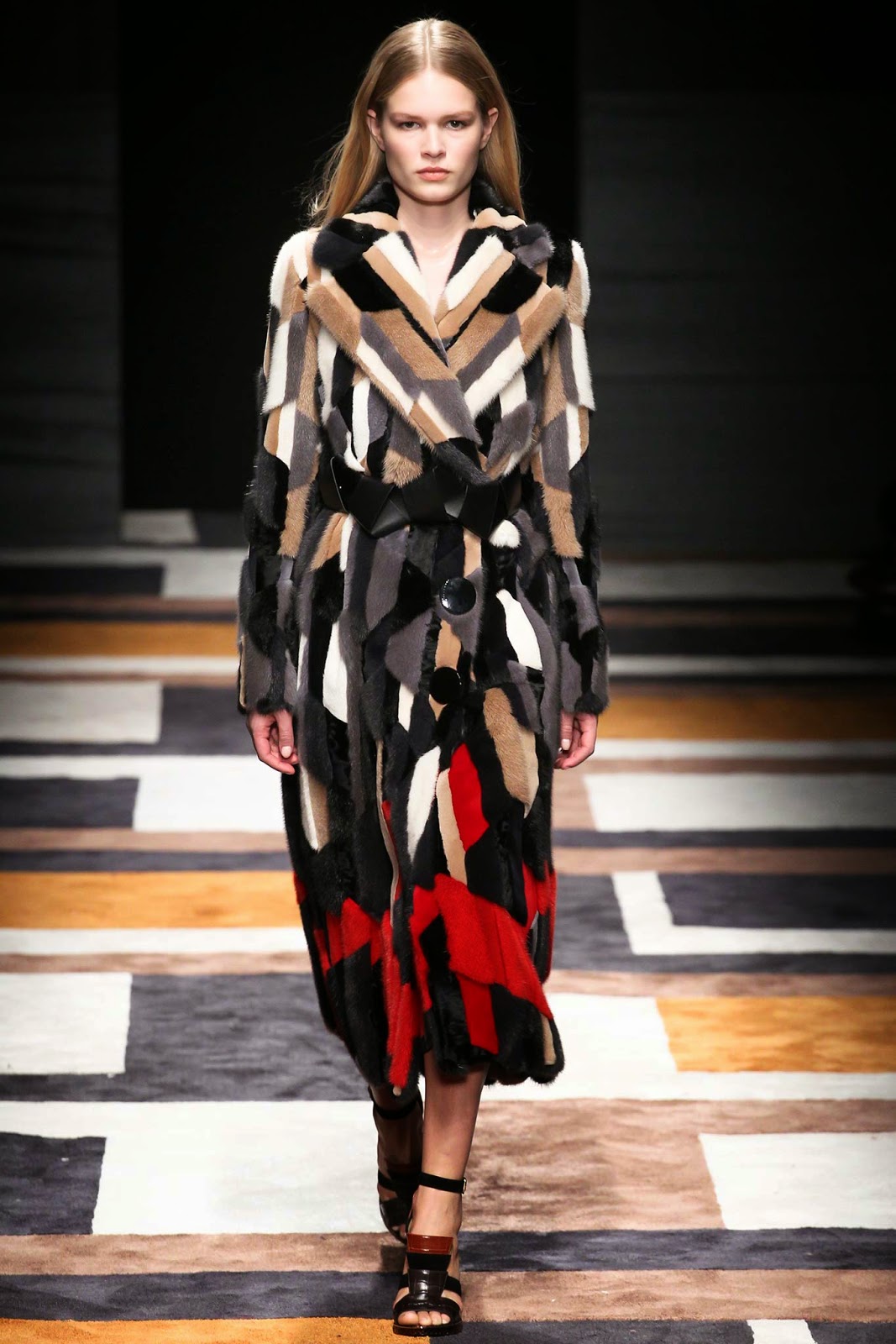