Well it was heading this way after seeing Early fall and now he has arrived. Ricardo Tisci has apparently gotten or received the message that he is poised to be the next favorite son of Bernard Arnault. If I had to hazard a guess, Tisci can become to Givenchy what Galliano once was to Dior. Thinking about it … There is very little advertising, expansion  or promotion done for Givenchy as a brand to date and now that Raffie has proven to not be up to the talk …  well.. Makes sense don’t you think? 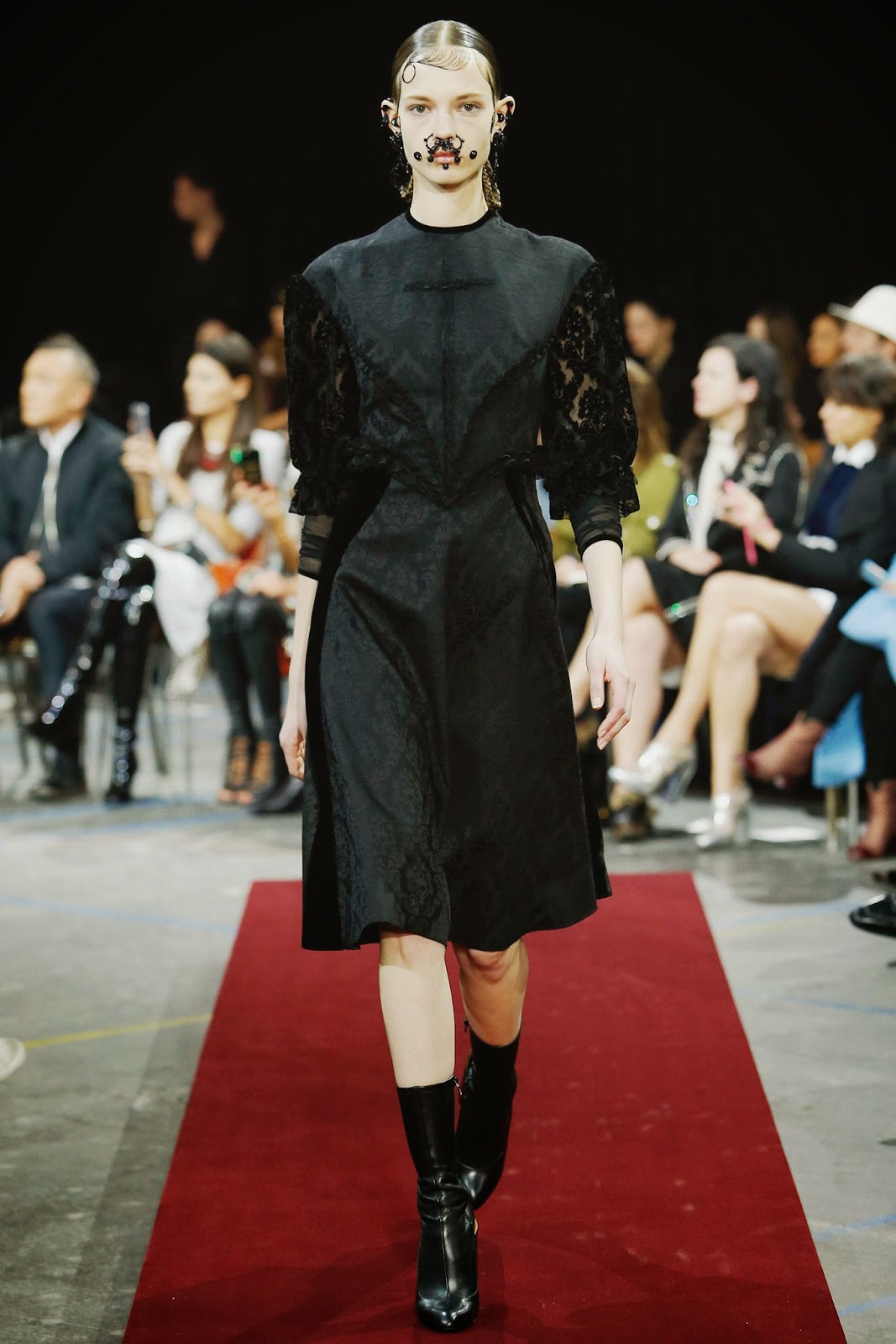 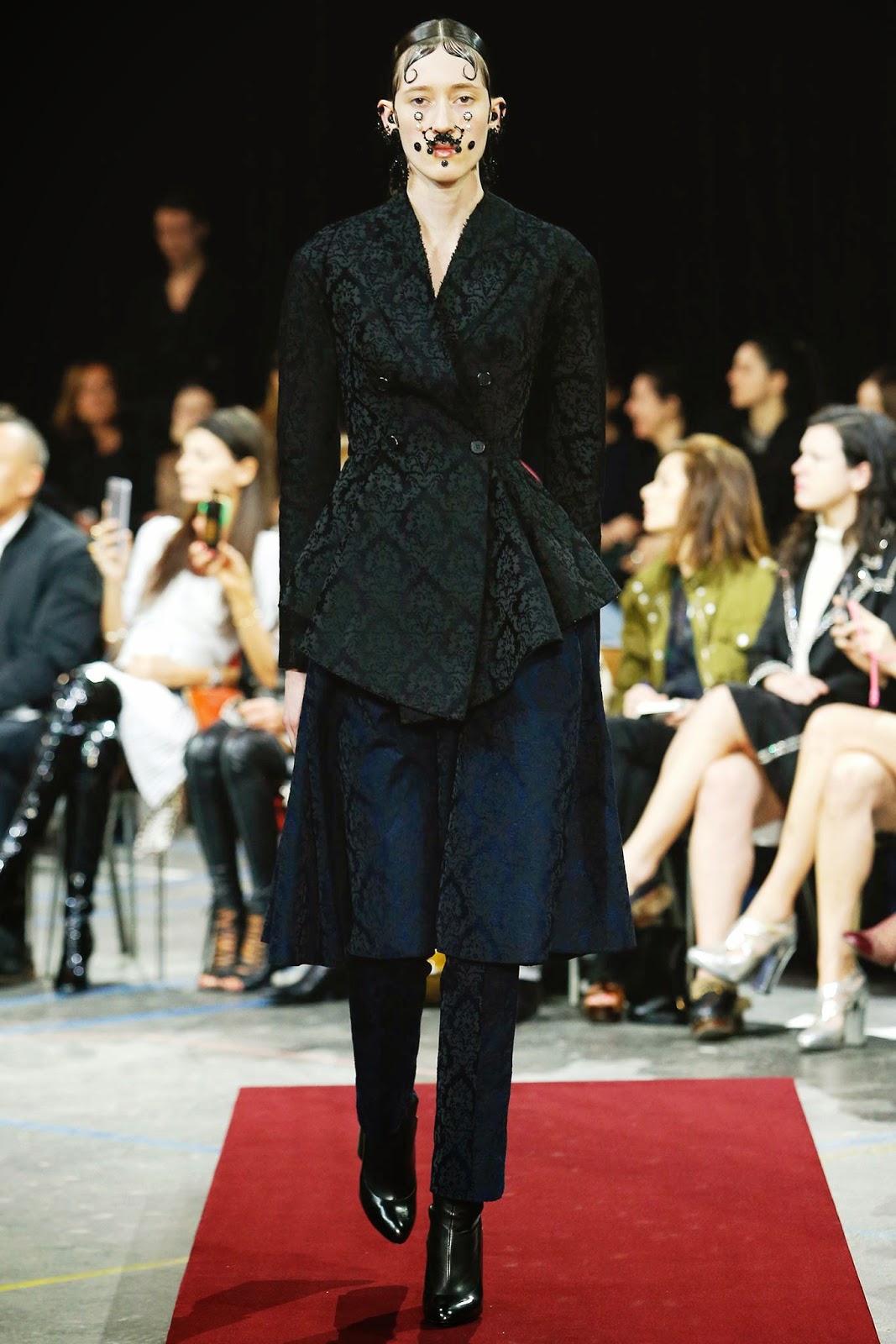 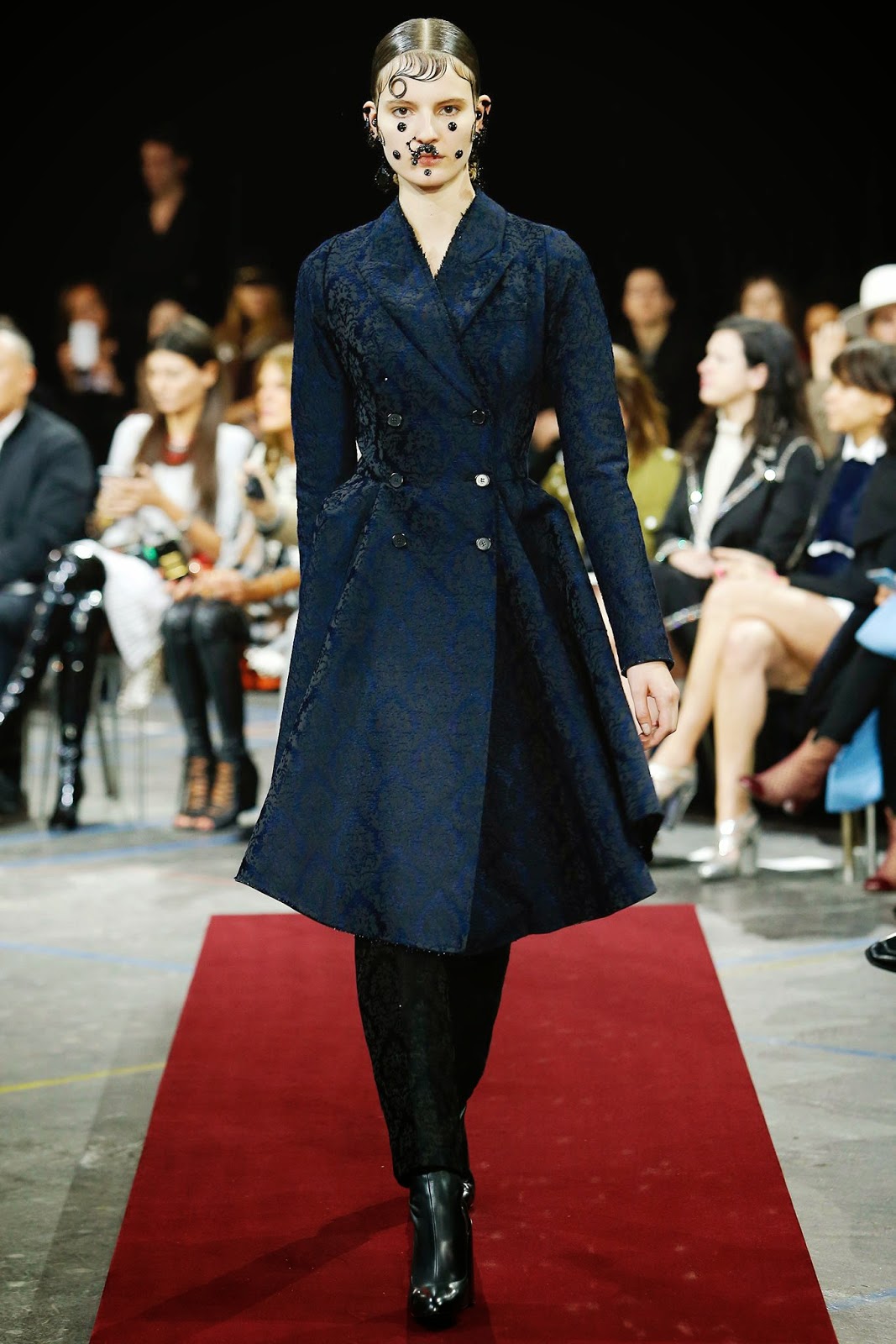 Pre-fall and men’s both presaged this collection without a doubt. You almost knew this was coming given the content and mood of those 2 collections which set the stage for what was seen yesterday. This was Tisci in high gear showing off that he is indeed capable of pulling off a collection that is more than just hype, trendoid wear, celebrities and image. This was one of those moments that you wait for every season when a brand truly flexes its muscles and … well… does a pose down! (Google it) 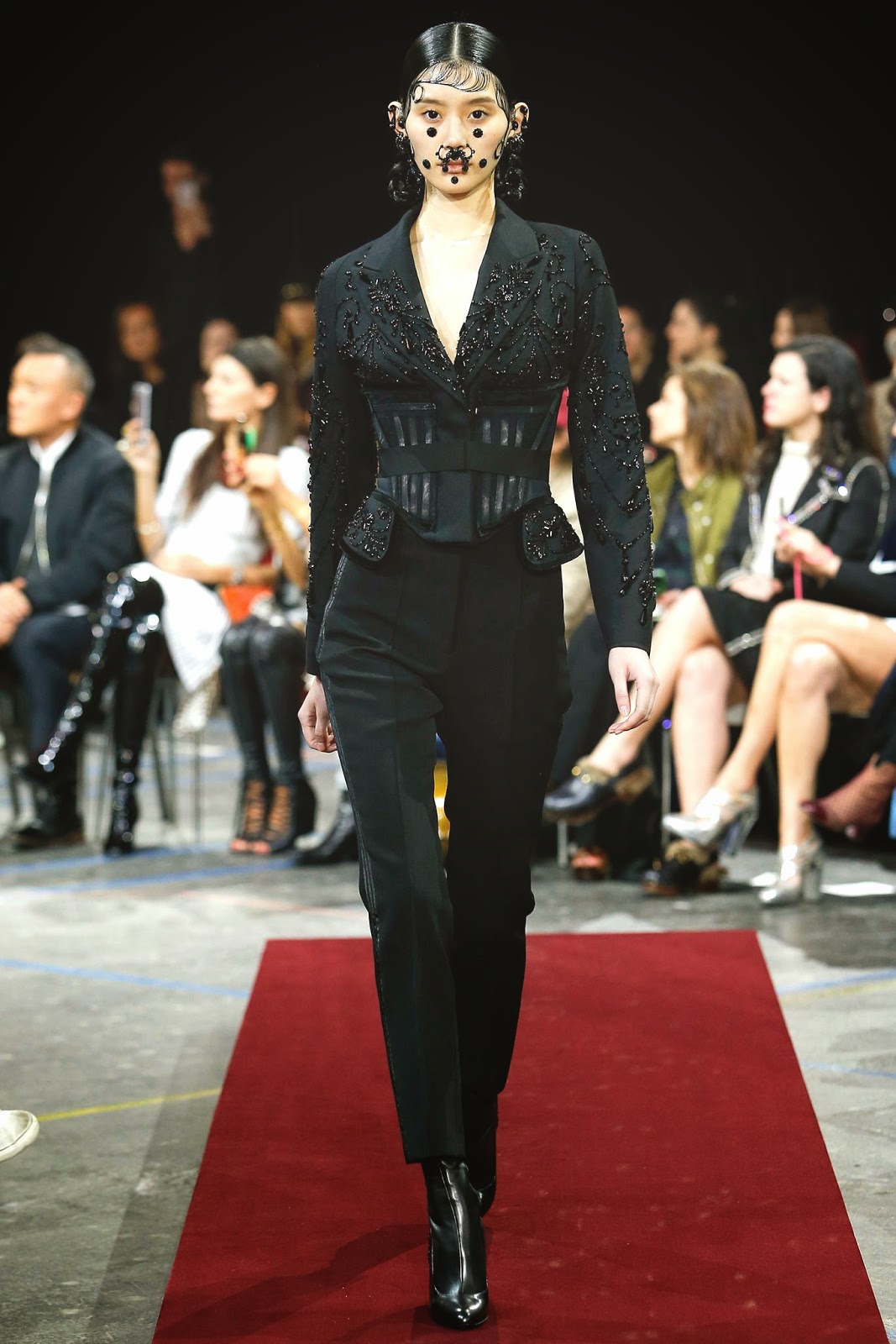 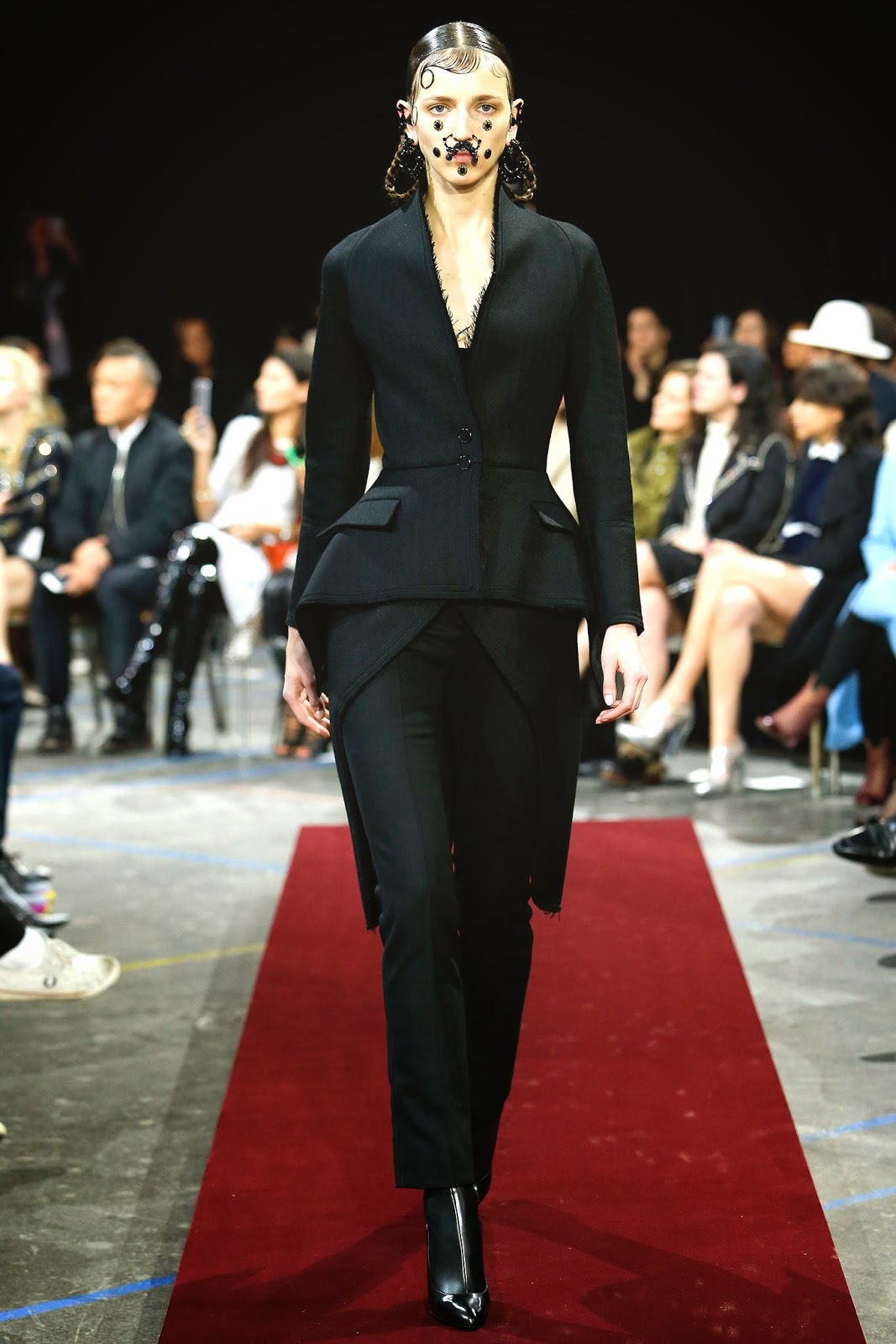 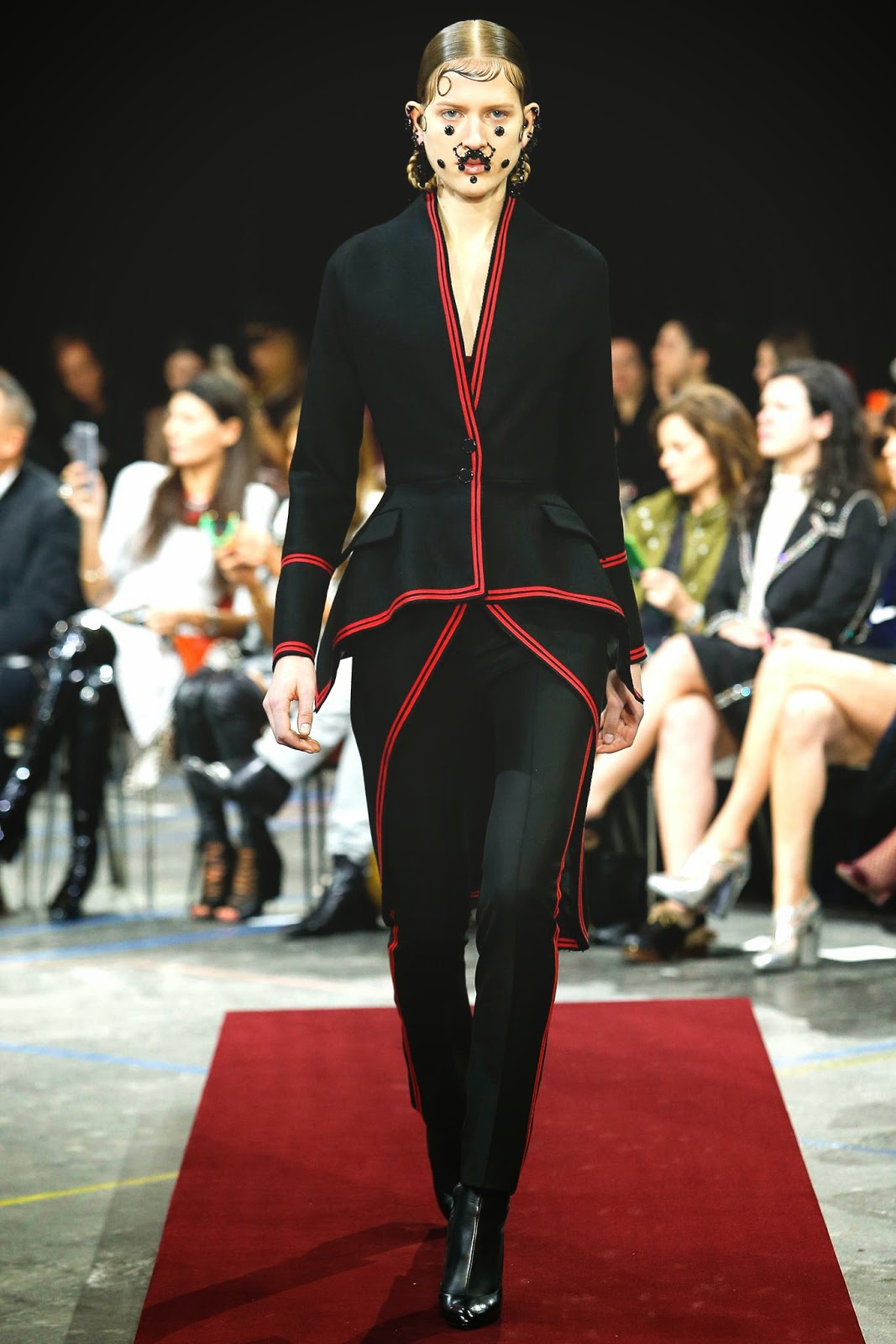 This was Tisci the tailor on steroids; there was an overriding Edwardian/Victorian vibe that permeated the show. One could not ignore the designer’s particular vocabulary used in the funeral like procession of glam widows. BTW, all those face jewels!! Who cares?? They just served as some unnecessary theatrics which only detracted from the clothes. Next time Ricky Ticky you need to think instead of indulging a whim! 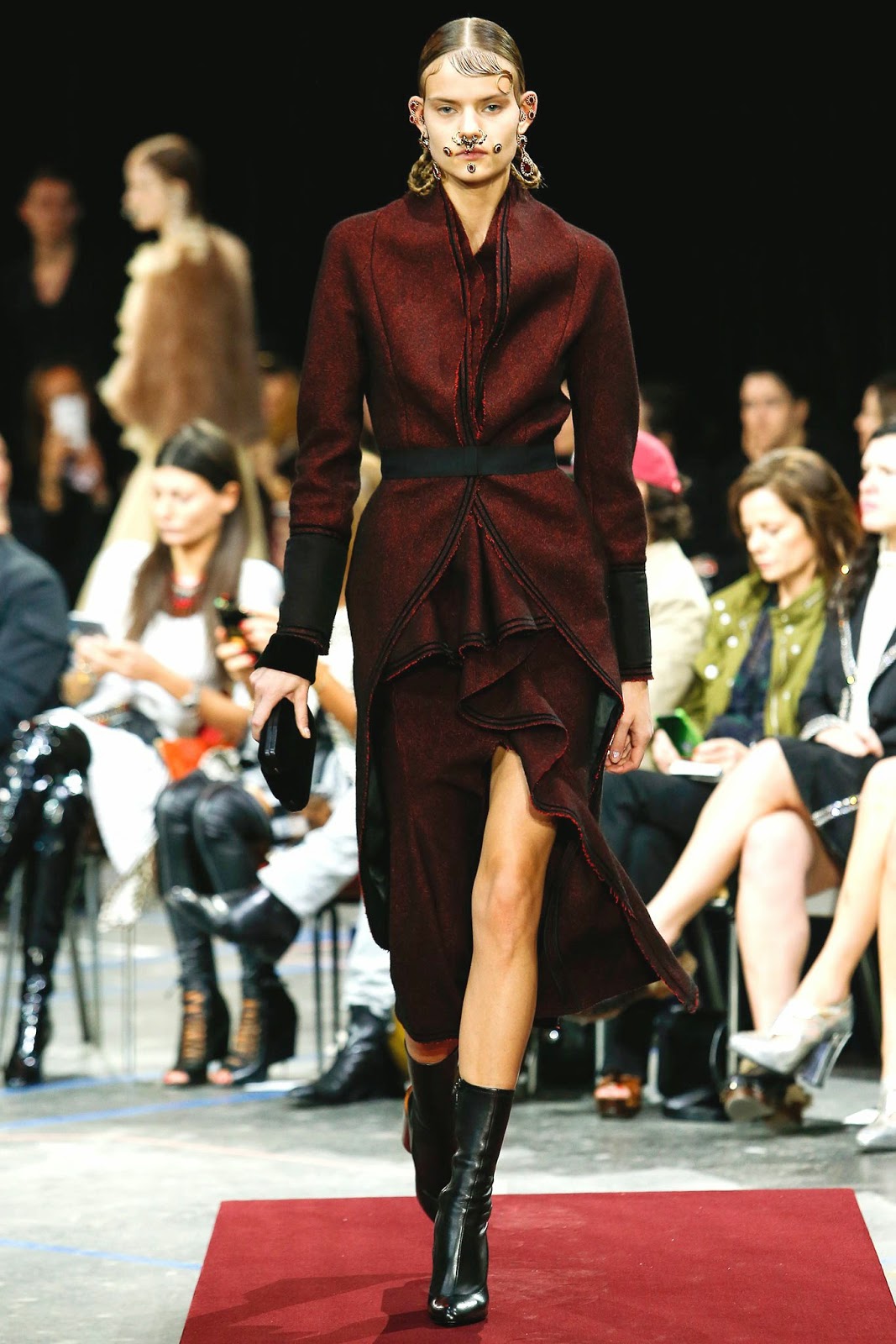 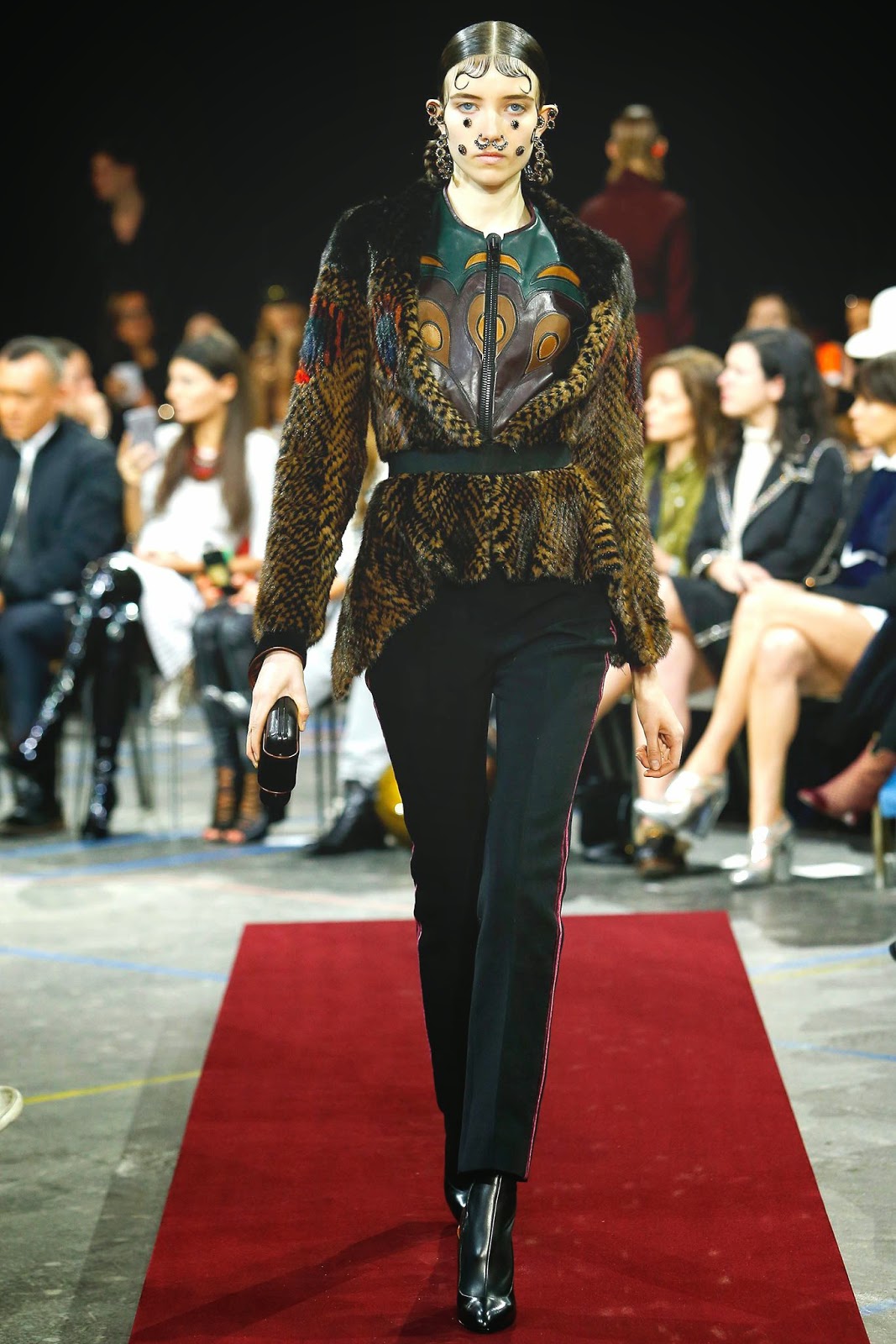 Okay, the clothes were exquisitely rendered in lush fabrics and with great precision, Jackets and coats were by far the great stars here, the dresses while beautiful were not as extraordinary as the jet beaded coats and the military inspired tailcoats. Actually in particular, there were a few dresses that were kissing cousins to those tailcoats and they were right up there for sure. Interesting, is that the proportion of red carpet pieces was relatively minor in comparison the breadth of the collection. Taking that into account, take note that these are clothes to be worn and not just by celebrities and at major photo op events. If there was something I took umbrage at, it was the unfinished torn raw edges that were used; it didn’t make sense to me that given the level of execution he resorted only to have those unfinished edges… unless of course that was the point … a contrapposto so to speak! Look it up! I would be remiss if I didn’t point out the not so easy to wear but fabulous built in corsetry of some pieces and 2 pretty great fur jackets. If there was a sore point, for me, it was the prints which were not great and not all that appealing but once again prints are so particular. 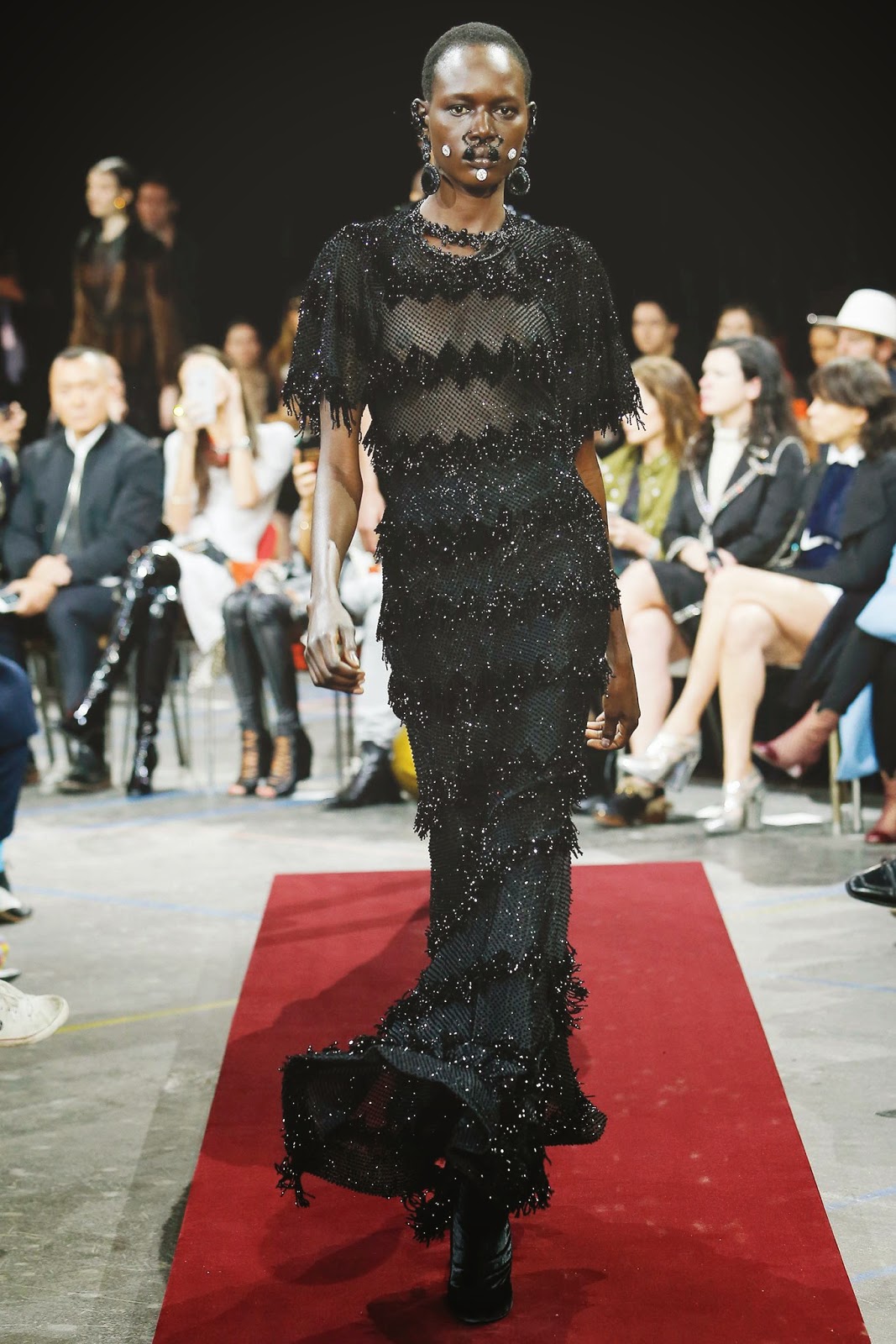 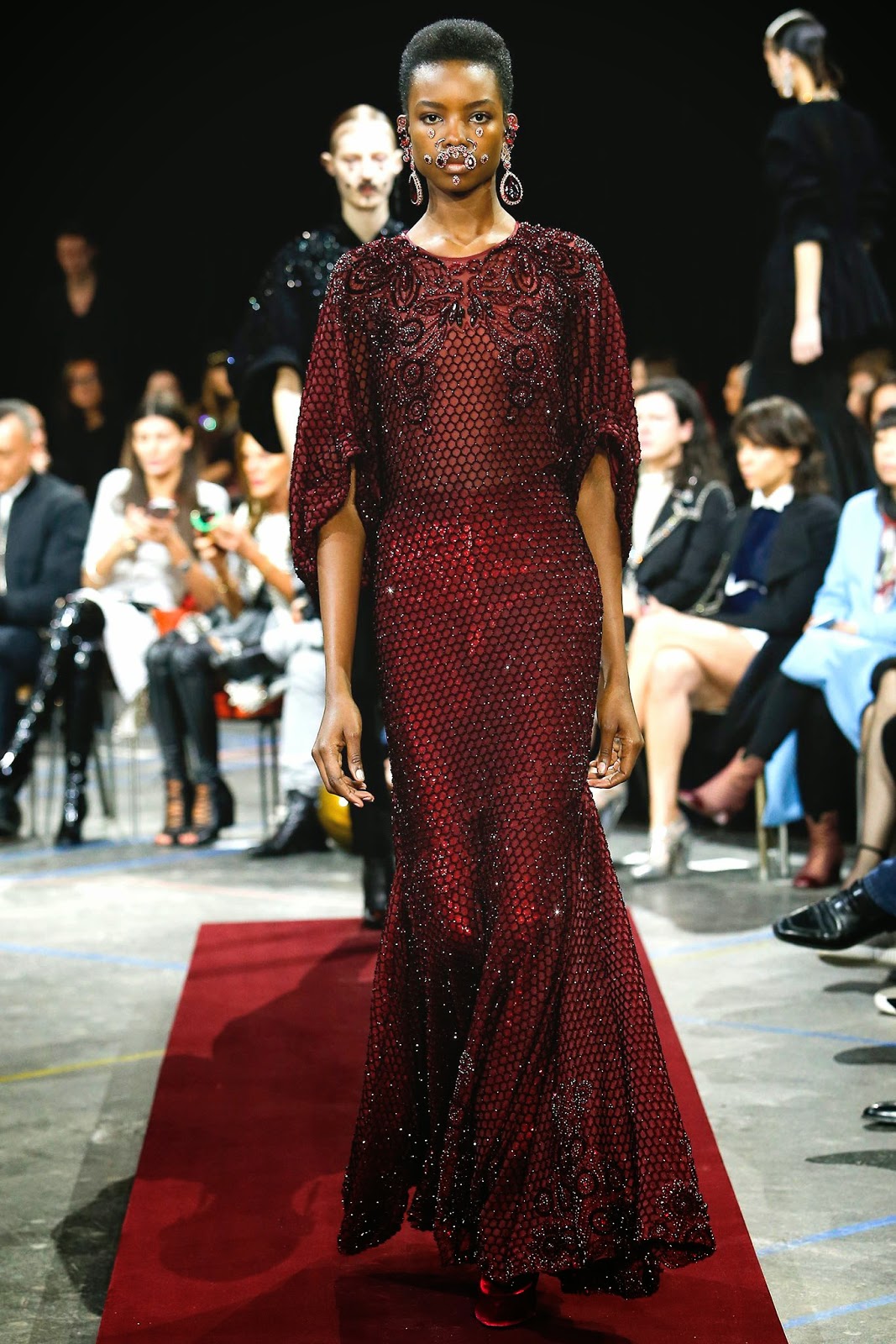 My biggest question here is this... Is this a detour or is this now the path of the designer and the brand?
Posted by FASHION BY THE RULES at 7:26 AM