In today’s world, one of the hot button topics of conversation is transparency. Whether you discuss politics, business or fashion, transparency will eventually take over the discussion. Elie Saab has to be considered a champion or chief proponent of this since his early days when Halle Berry first appeared in that Oscar dress. One might call him the Sultan of Soufflé… and maybe not! 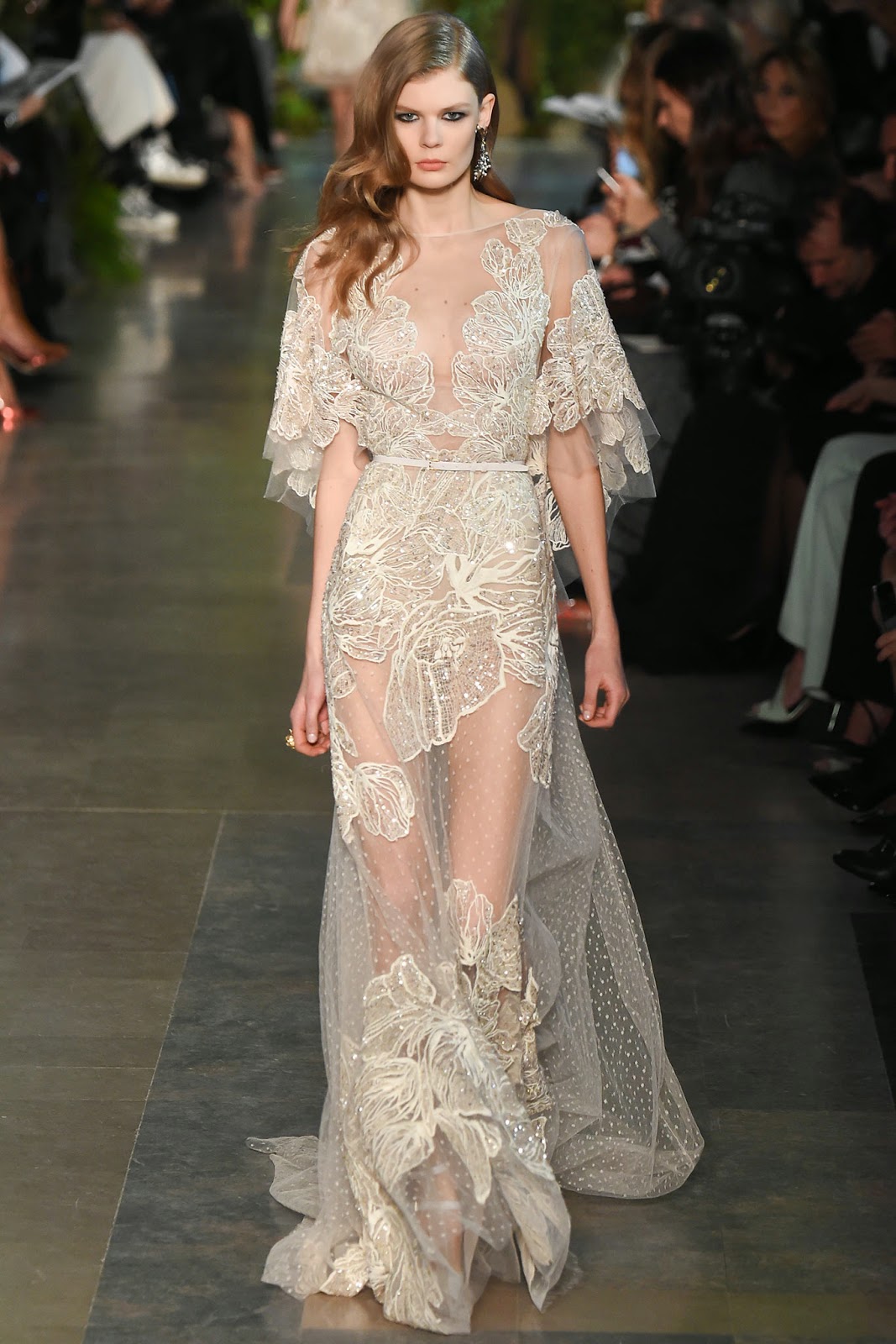 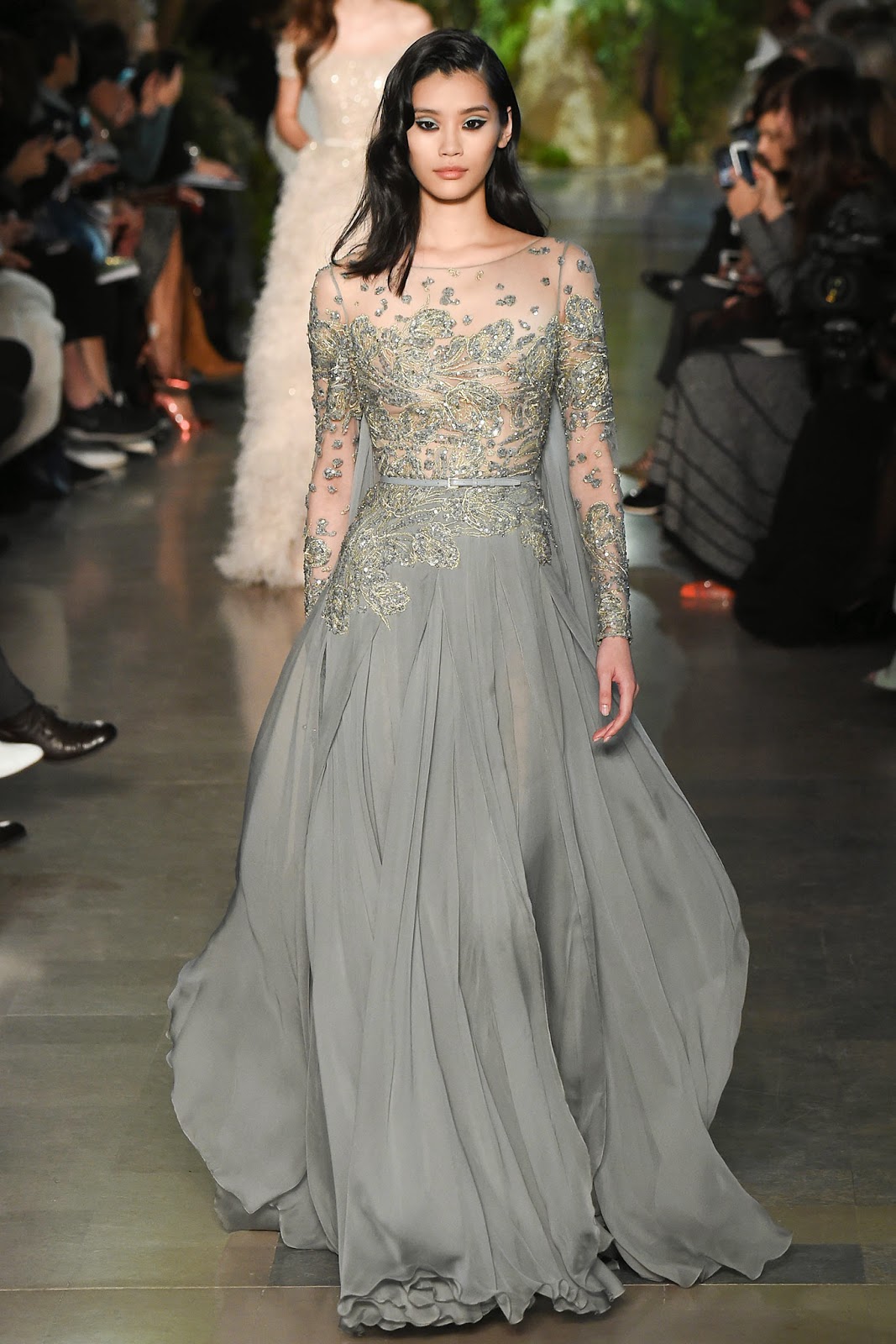 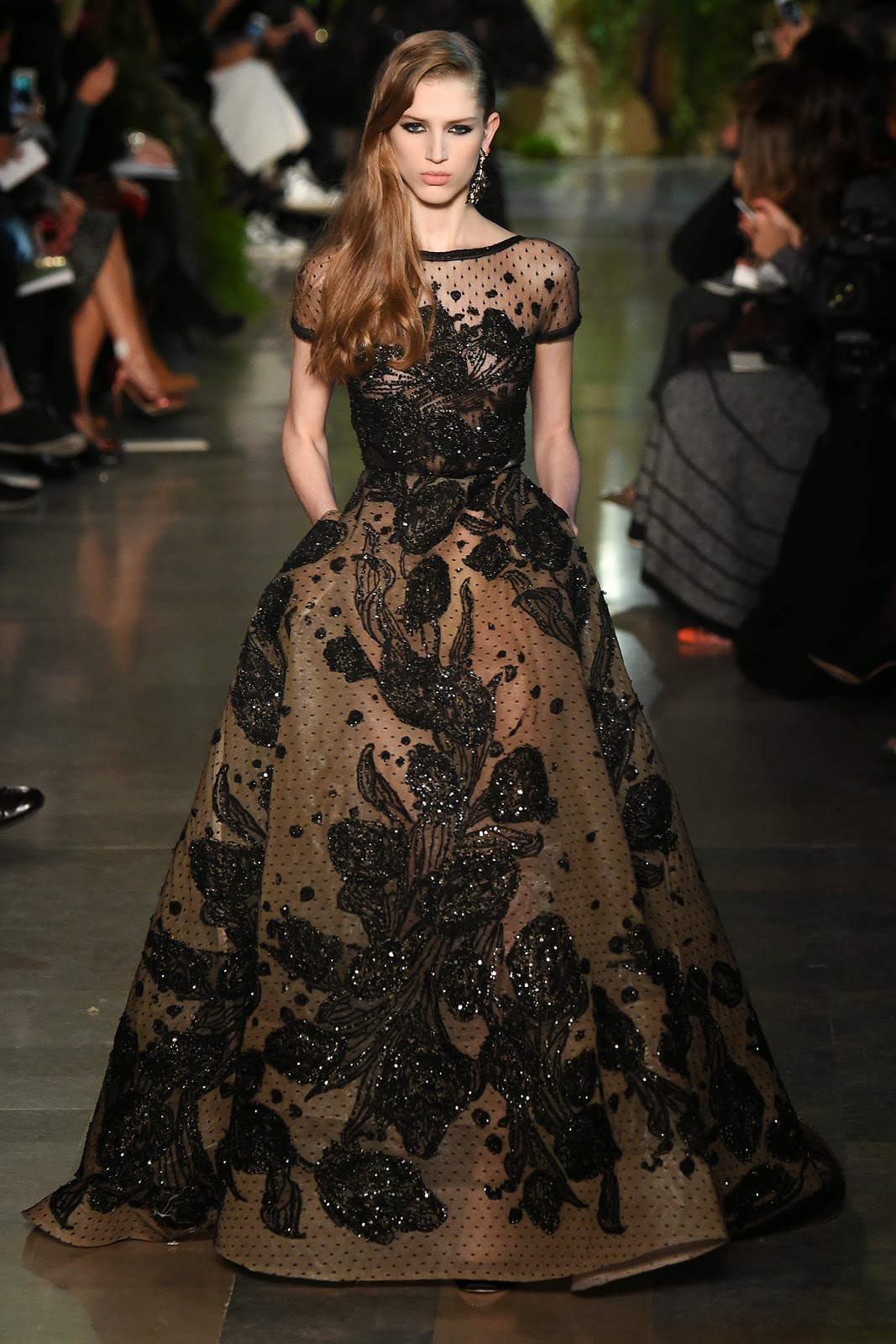 Okay, so here it is, Saab is one of those rare designers who manage to segment his collections and all to his advantage. His haute couture rarely features anything other than gowns and dresses that are exclusively suitable for dressiest of events. Keeping this in mind, Mr. Saab seems to be able to keep this almost ethereal and delicate quality to his clothes despite their heavy embellishments which in my mind is an amazing feat of craft. The styles are amazingly varied in both appeal and silhouette ... Another facet of his talent in a world where so many show a single dress in too many color ways and minute variation just to fill a runway. Oopsy!! rifRaf, did you read that?? 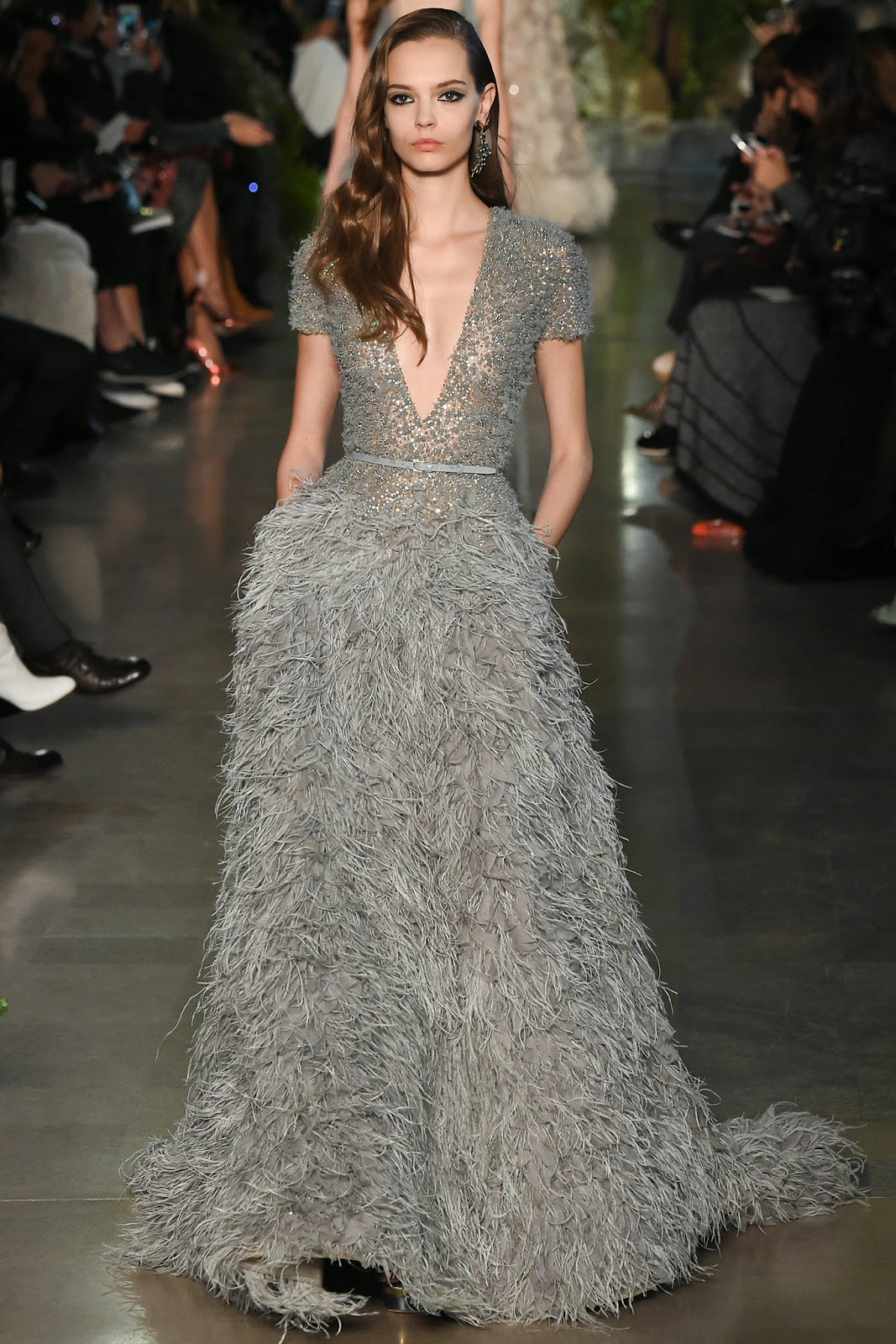 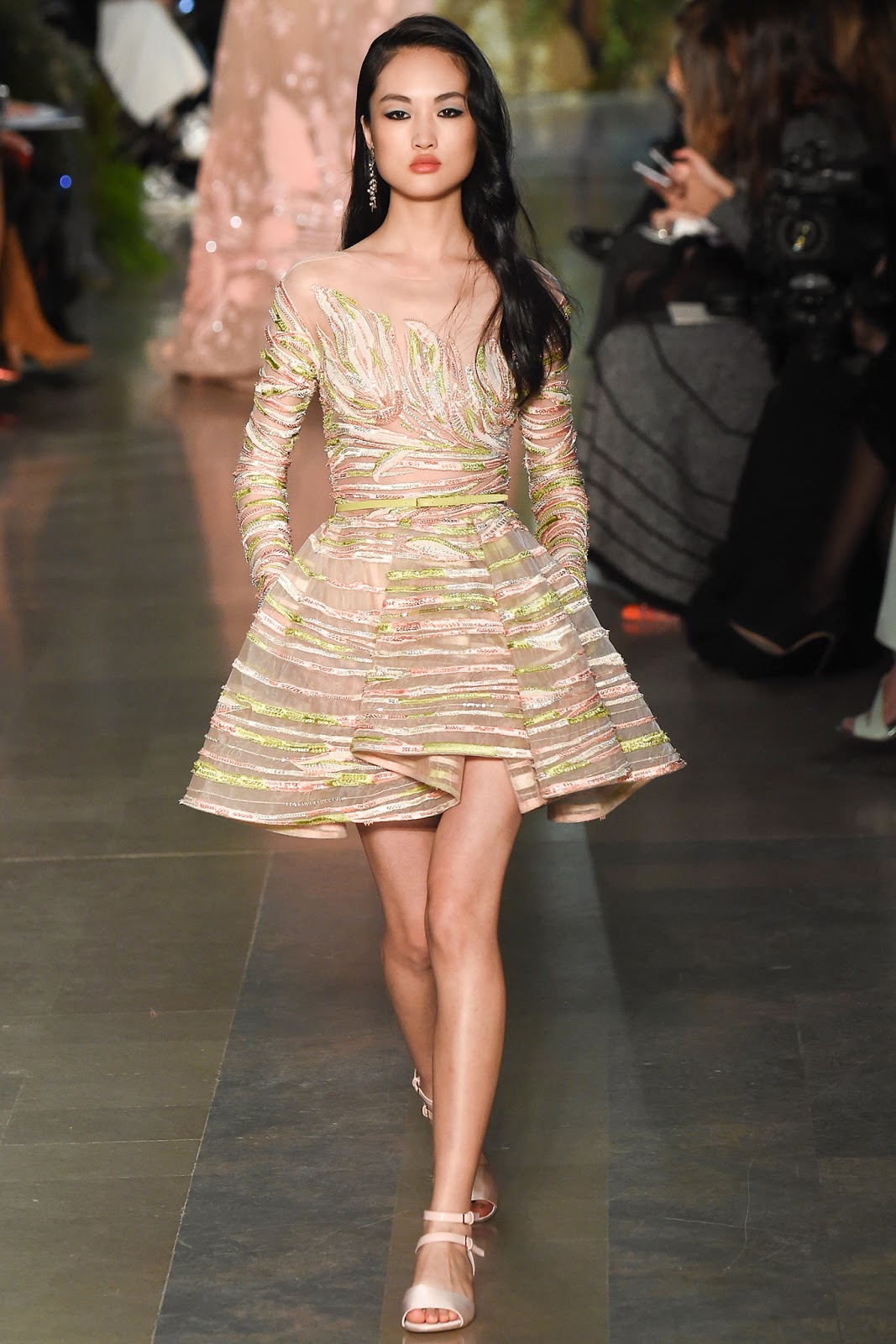 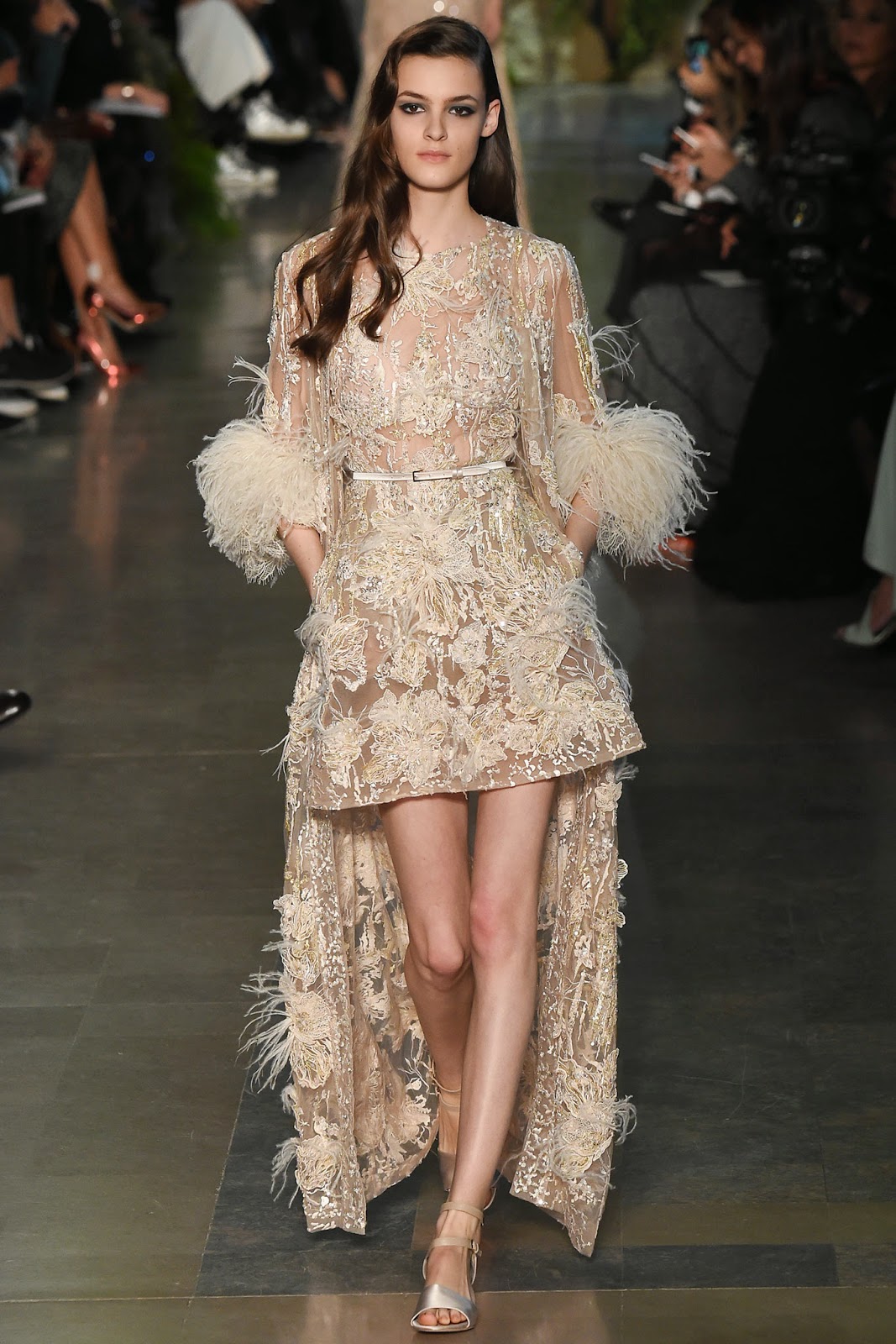 There is no shortage of drama here and in spite of a very restrained and what some might consider a bland palette, Saab shows off that he can make grey look sexy as hell and that blush is not a color only for menopausal women and J Lo. He conveys this feeling or aura of old Hollywood combined with the new and perhaps that is another part or one of his many talents that keeps him on top of his game. He has the mindset of a designer from a past generation mixed with that of a 21st century designer. Another plus for this man is that he is constantly testing the waters when it comes to the techniques and artistry of the couture. His latest adventure is the seemingly hand painted florals which he has explored in depth and with great result. Saab just does it and does it well while others again just yap on about it and it still looks common .… my bad … rifRaf you reading?? 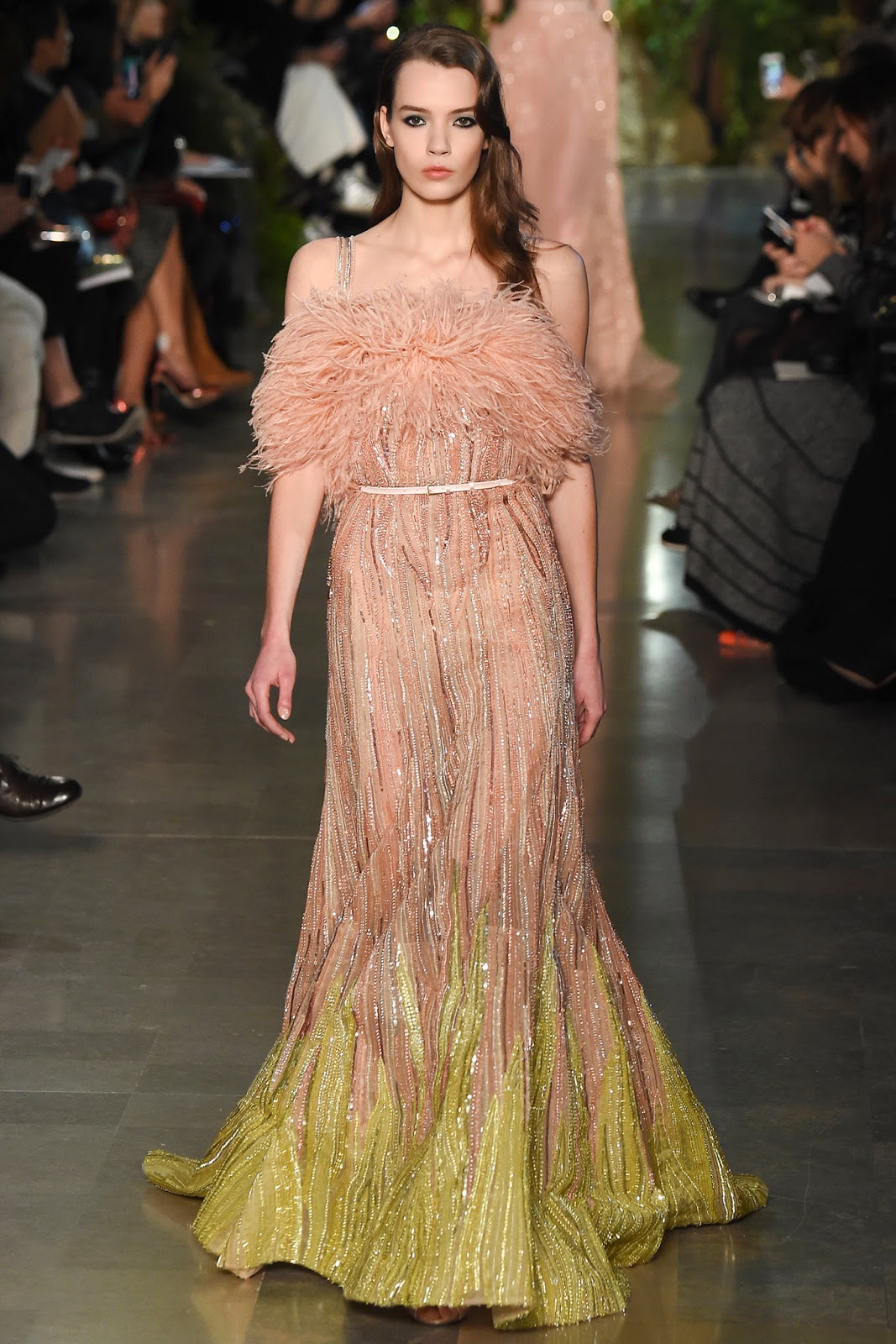 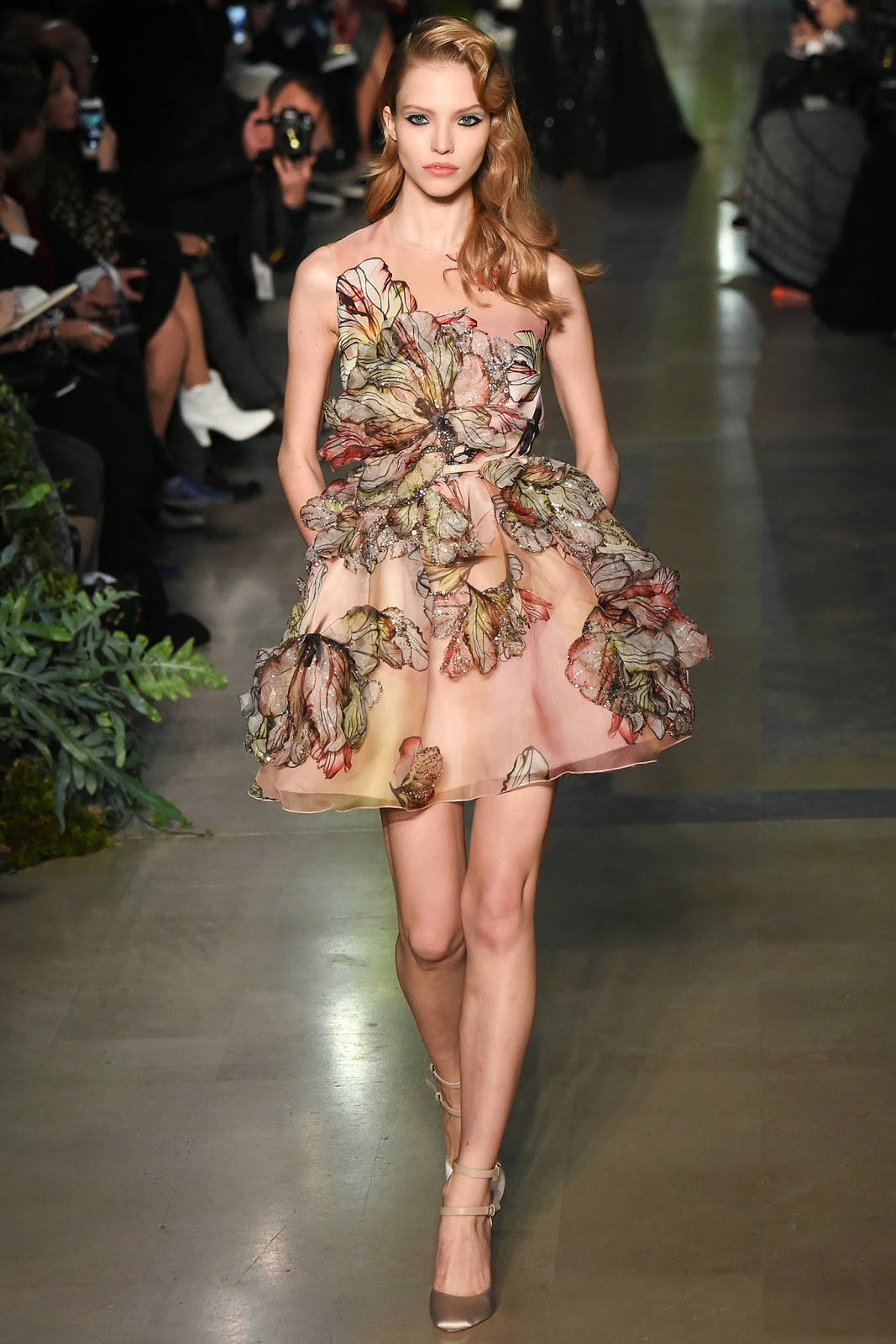 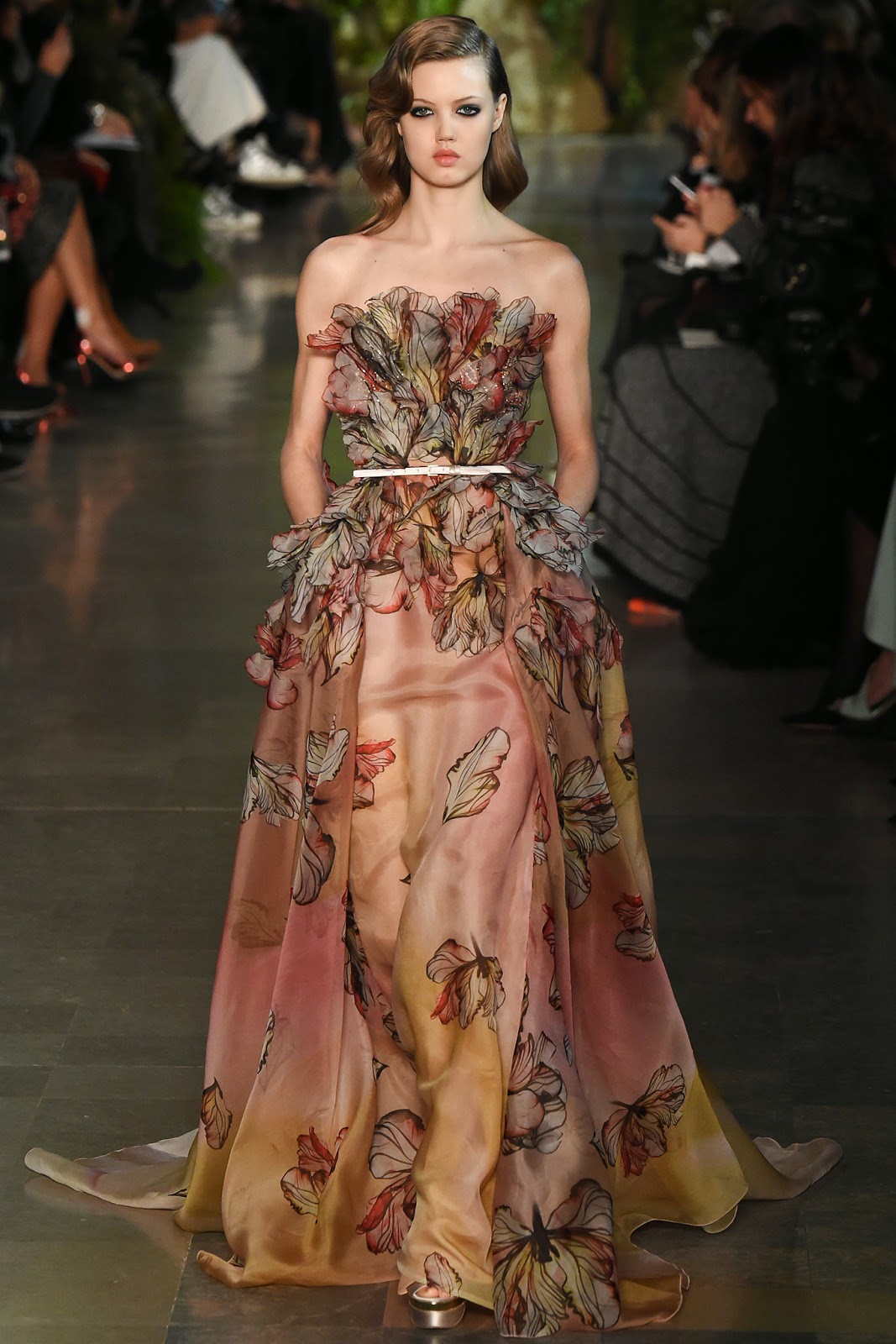 If one can find nothing else to say, it is easy to say that Elie Saab understands that for him more is better … especially when it comes to couture and that he believes every woman of every age can look glamourous and fashionable ...  in this case.. Only if you can afford the price of admission!
Posted by FASHION BY THE RULES at 1:35 PM