Donatellamommamia still?? I can’t speak of the dead horse but what needs to be addressed here is simply WTF are you thinking? 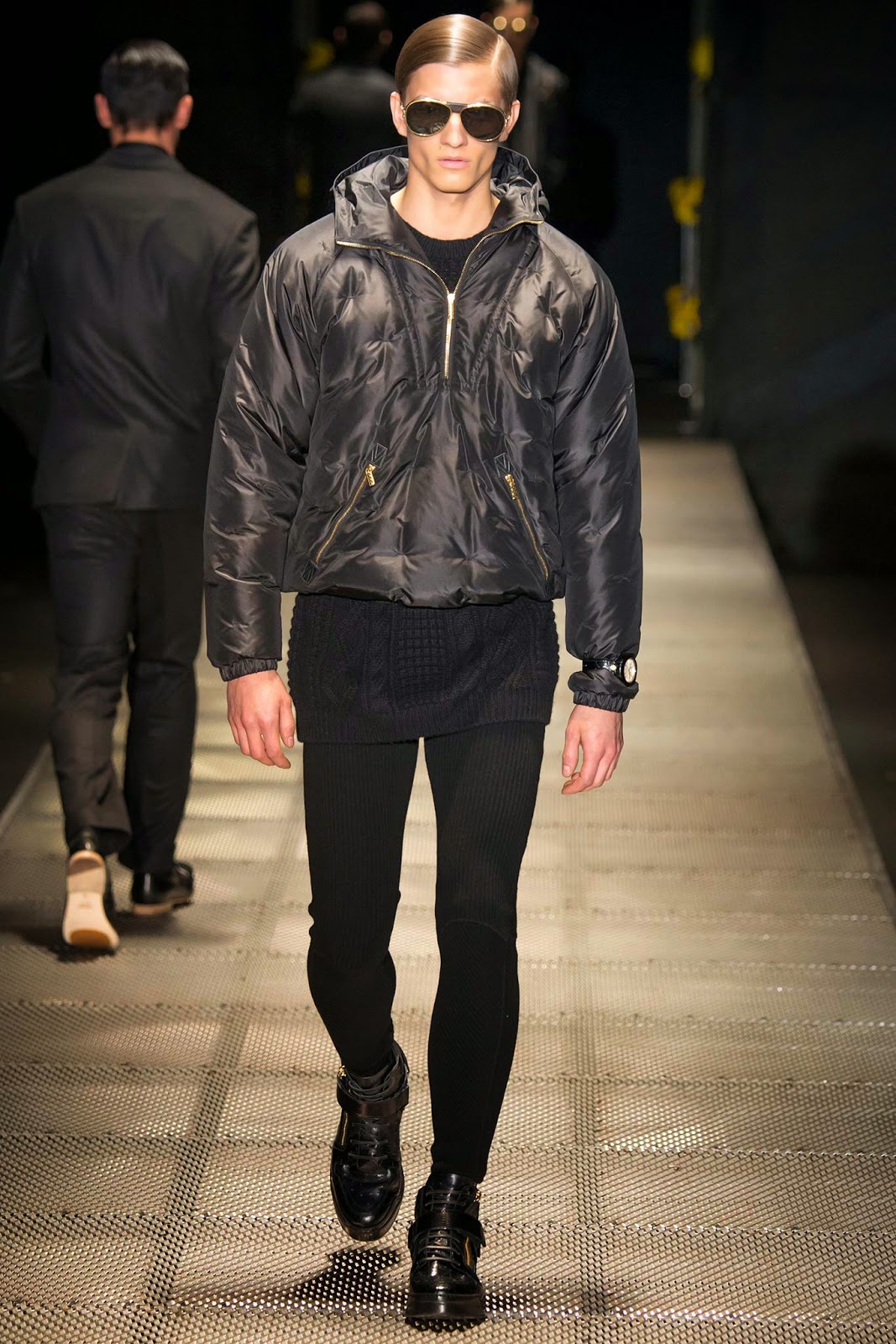 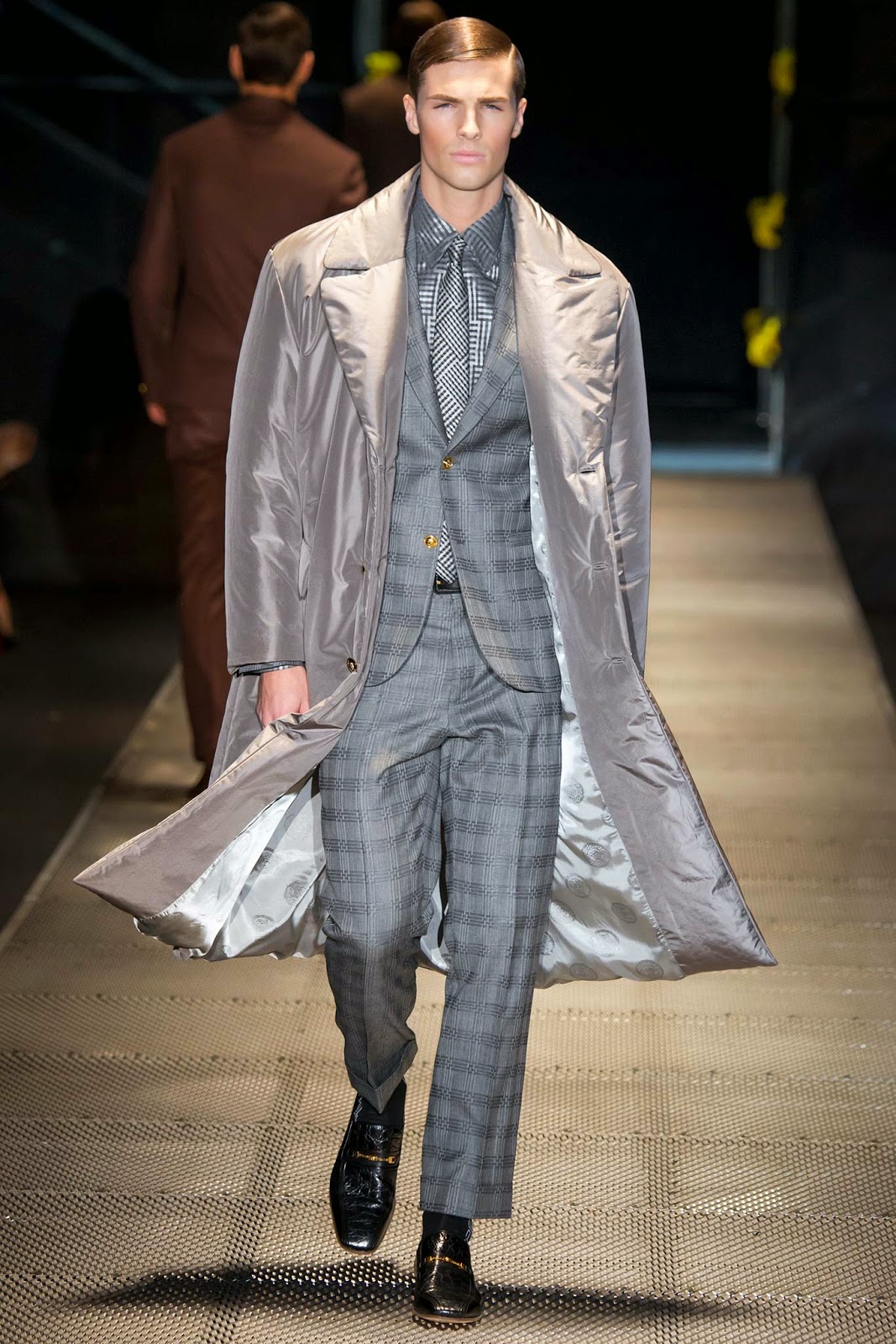 Okay let’s start at the beginning; the models faces were pancaked as if it was applied with a roller to eradicate even the slightest hint of a beard show so the effect becomes a sort of an anime looking robot. Then we can discuss the odd proportions and layering that were offered as if signorina is feminizing her men. Somehow knee length tunic sweaters over leggings don’t exactly scream testosterone. To say that so much of what we saw was metrosexual is an understatement as some hard core critics might call what we saw as drag wear. Then there was the antithesis of what we know as Versace with the very baggy trousers and the excessive athletic wear references. Then of course there were the de rigeur fur coats and fur bags and some delicate jewelry used to accessorize all of it. 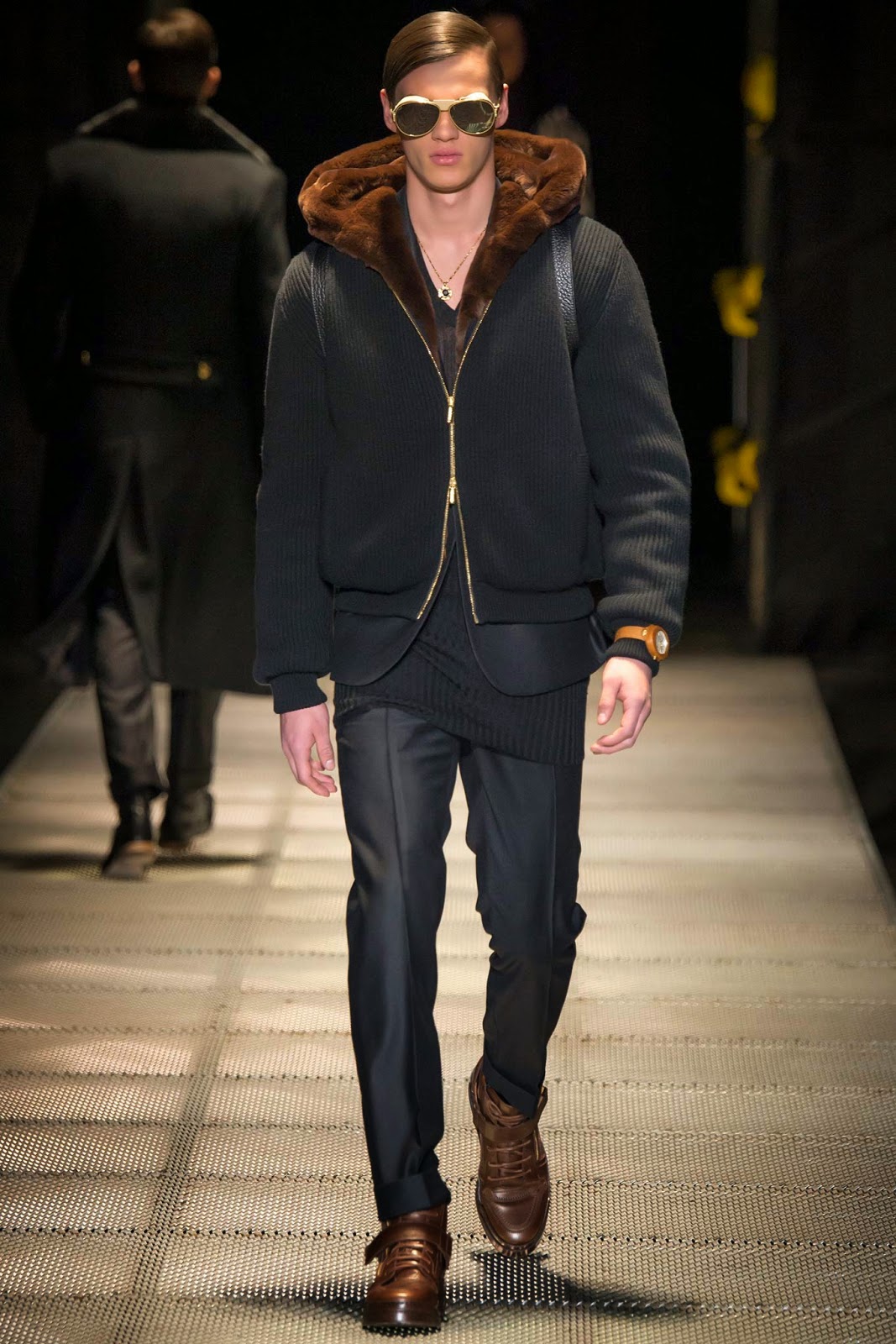 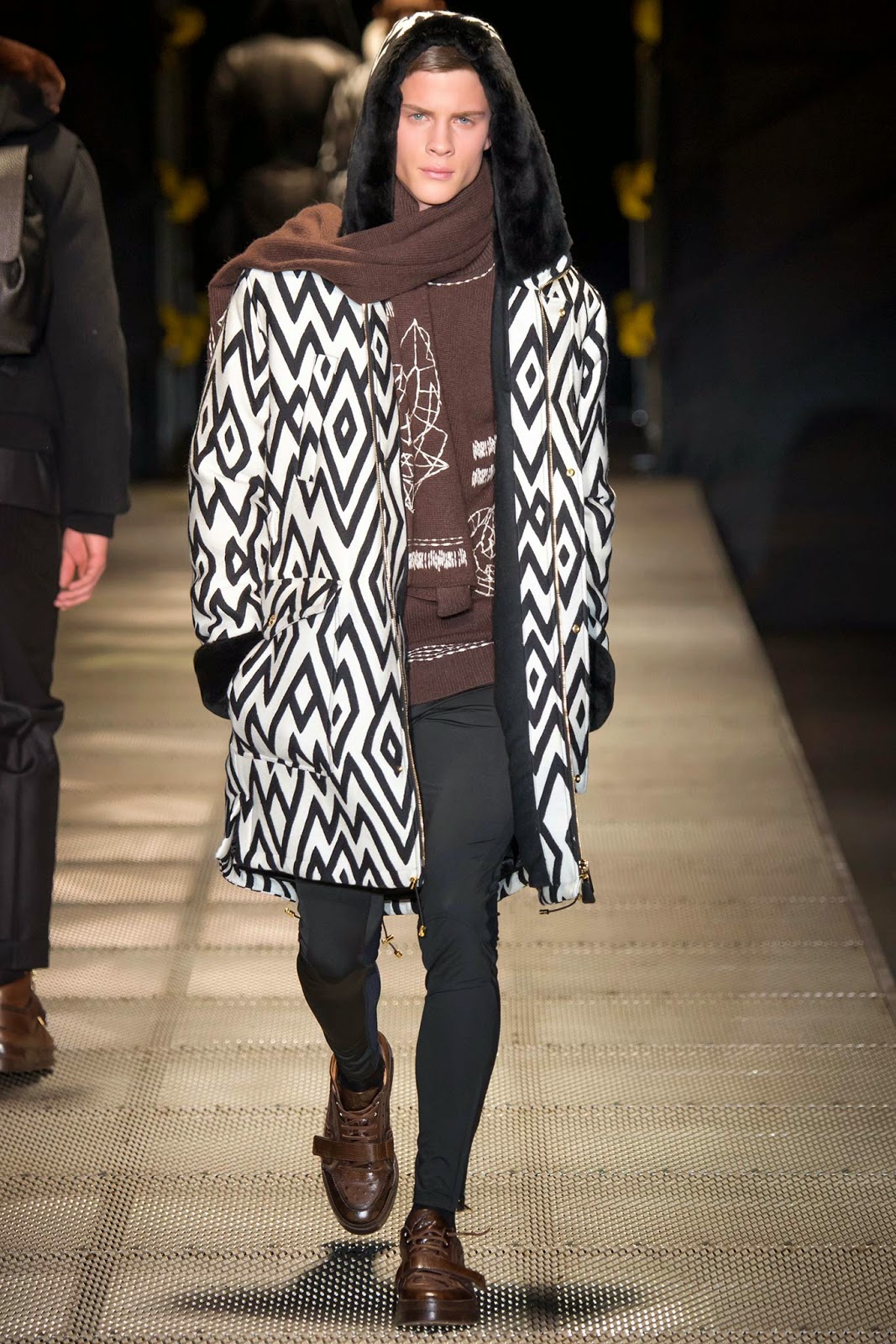 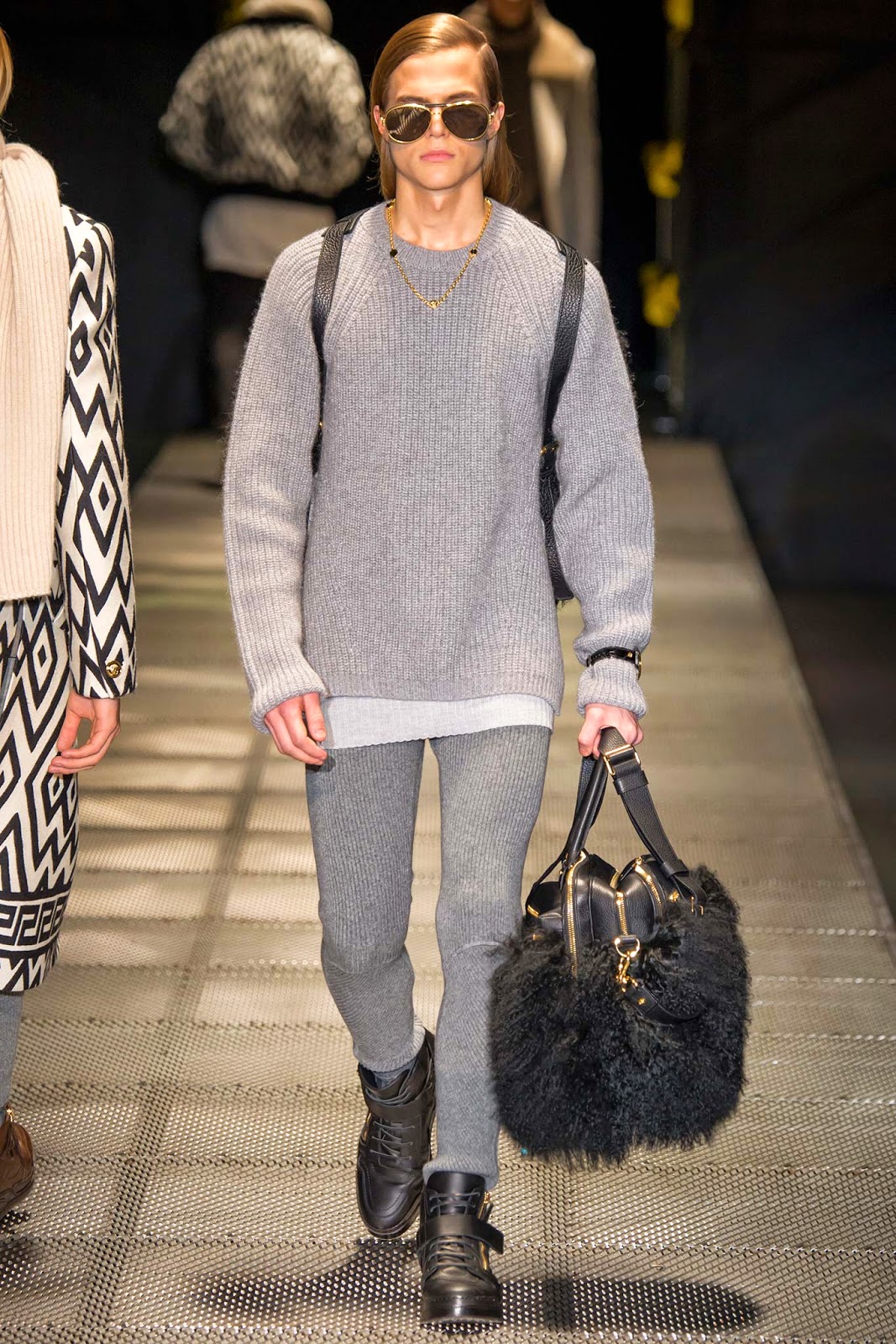 Now, on the positive side, albeit briefly, there were some great tailored pieces utilizing that “fold over clasp” closure which was also used in the ladies pre fall collection. Some of the suits were indeed very very Versace sexy but then again things got carried away with the odd layering and some silly Prada references such as the top stitching MP used for Spring 2015.  Yes, there were also some beautiful fur trimmed and fur lined outerwear pieces as well. Of particular interest was the nylon puffer coats and nylon outerwear of which some were really great but what happens here is that there is just too much stuff. It became visual overload especially with the preponderance of fashion victim looks and styles. 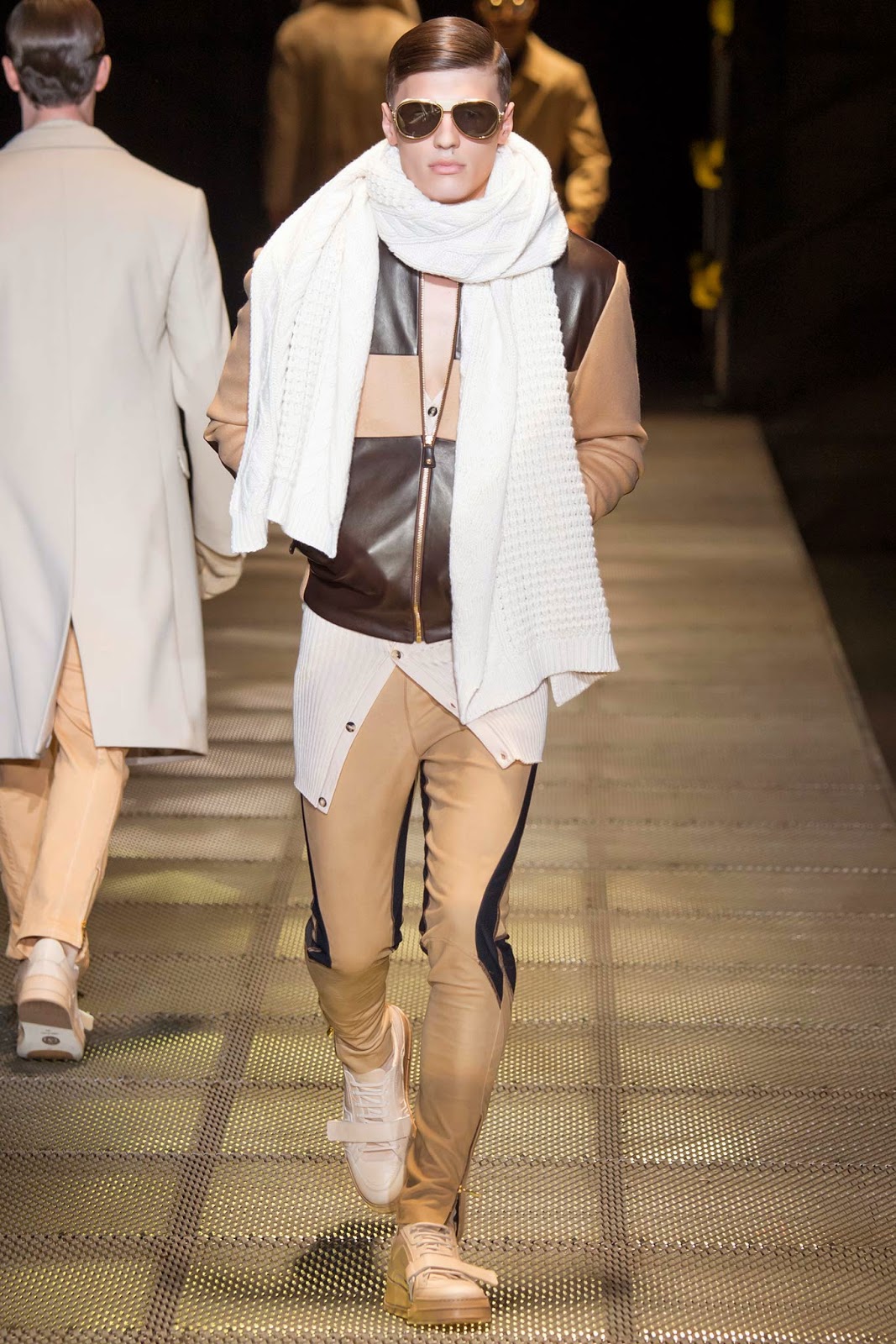 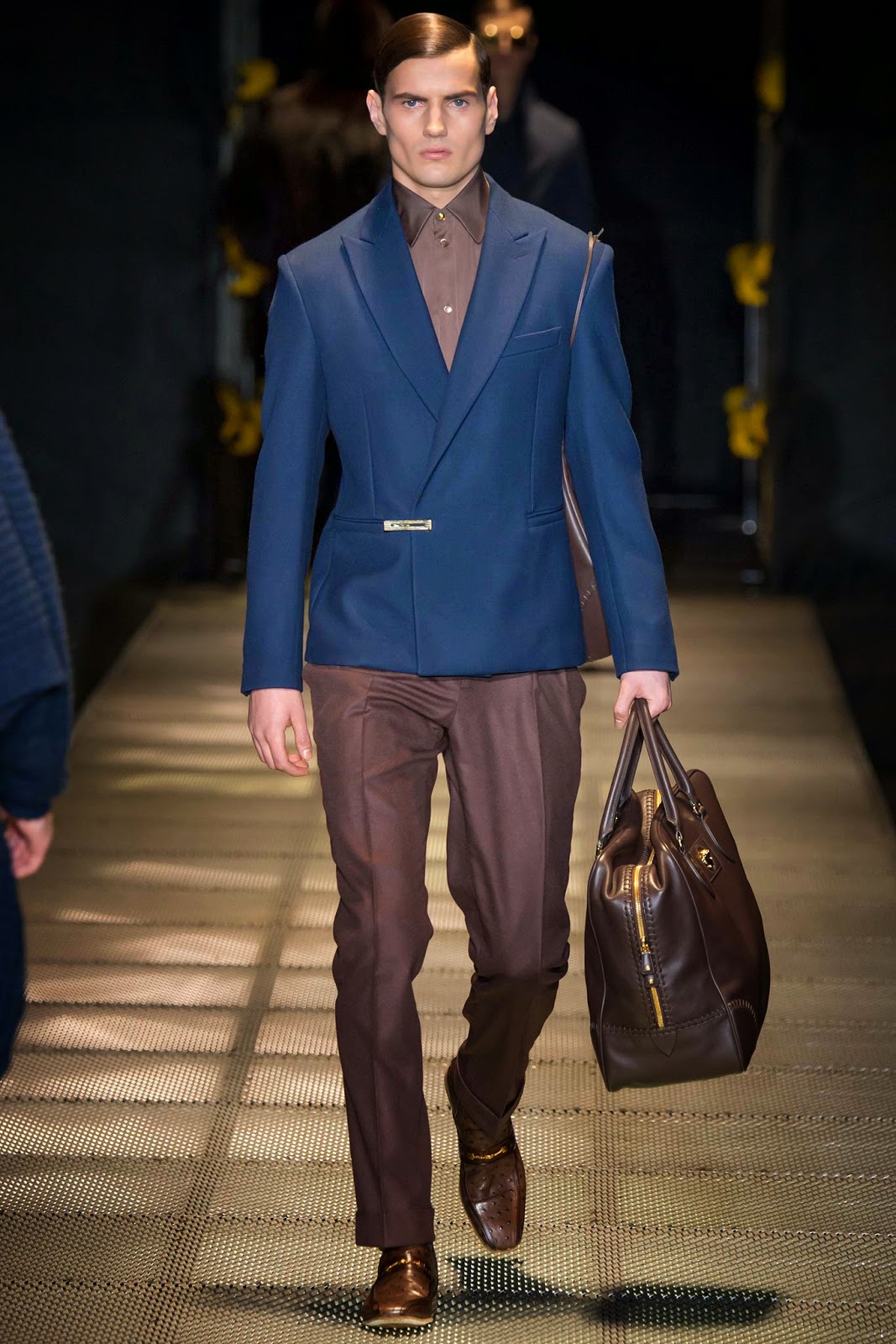 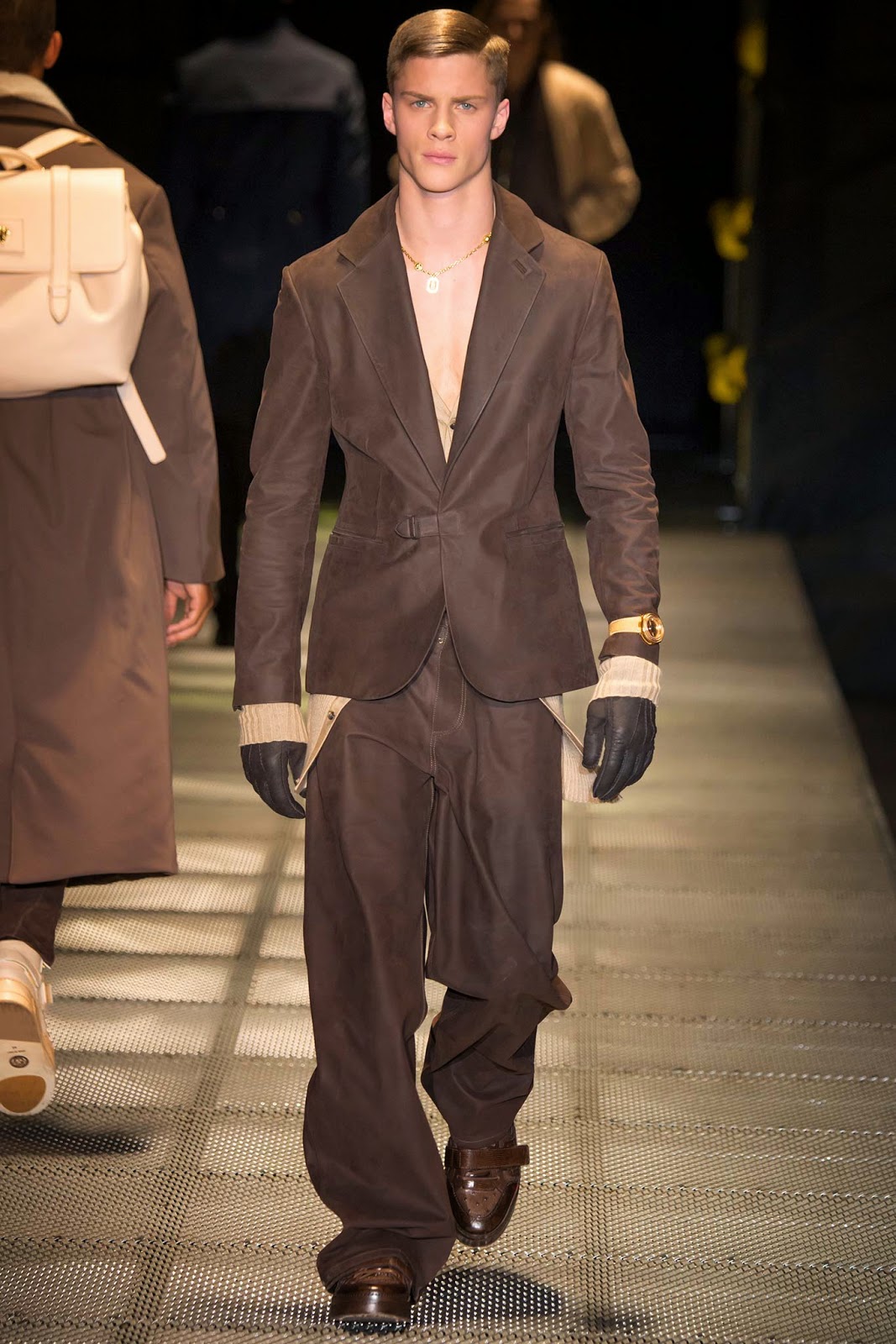 One looks very forward to the day when Donatellamommamia releases her grip and opts for a collection that really sings the praises of her late brother and not her wild imaginings as to how his design DNA extrapolates to the 21st century. 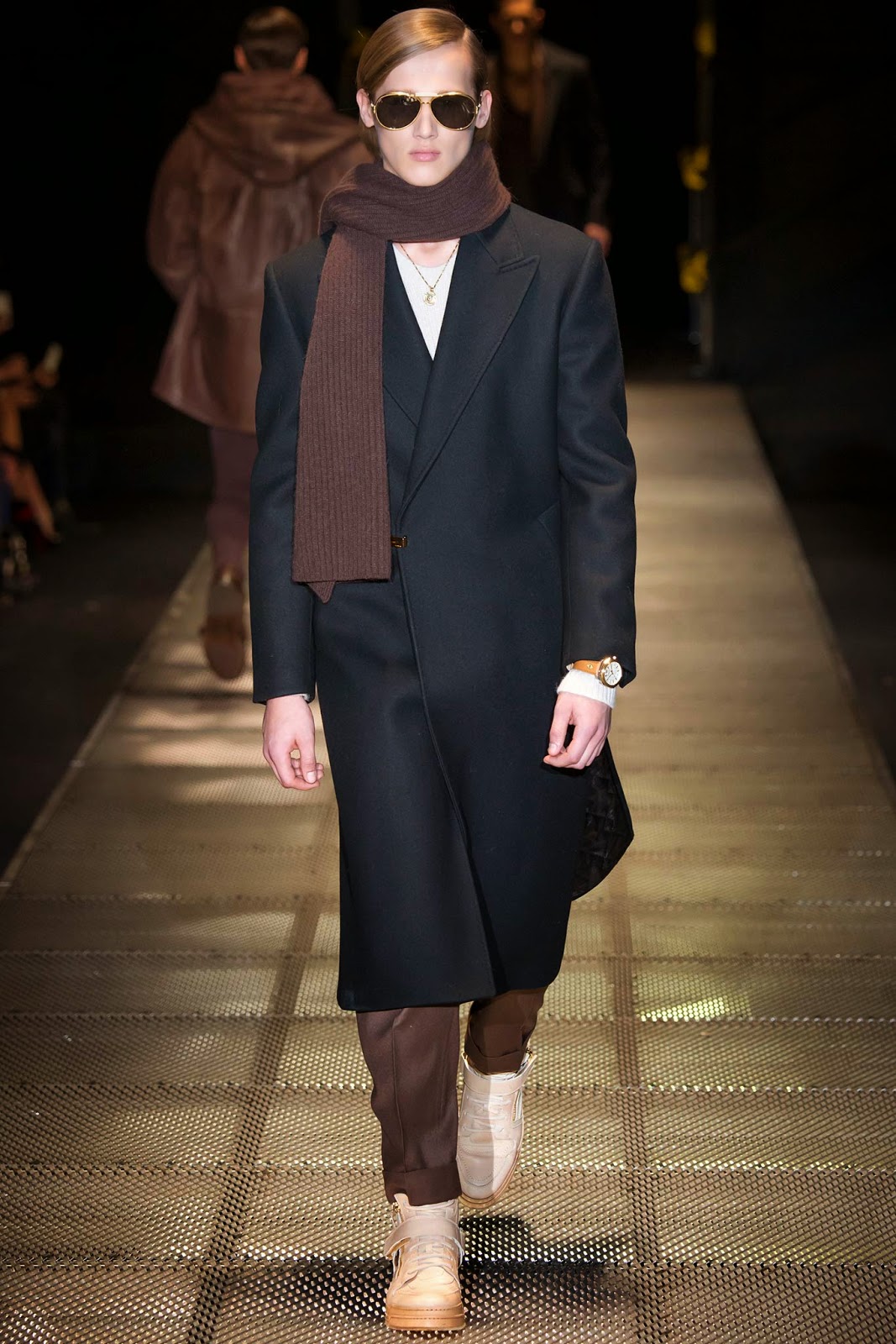 Posted by FASHION BY THE RULES at 7:25 AM