After the debacle at Dior, one is just awed by a designer who can present a collection that is rife with chic, understated, exquisitely executed, almost ethereal looking clothes. Such is the case with Giorgio Armani and Armani Privé. 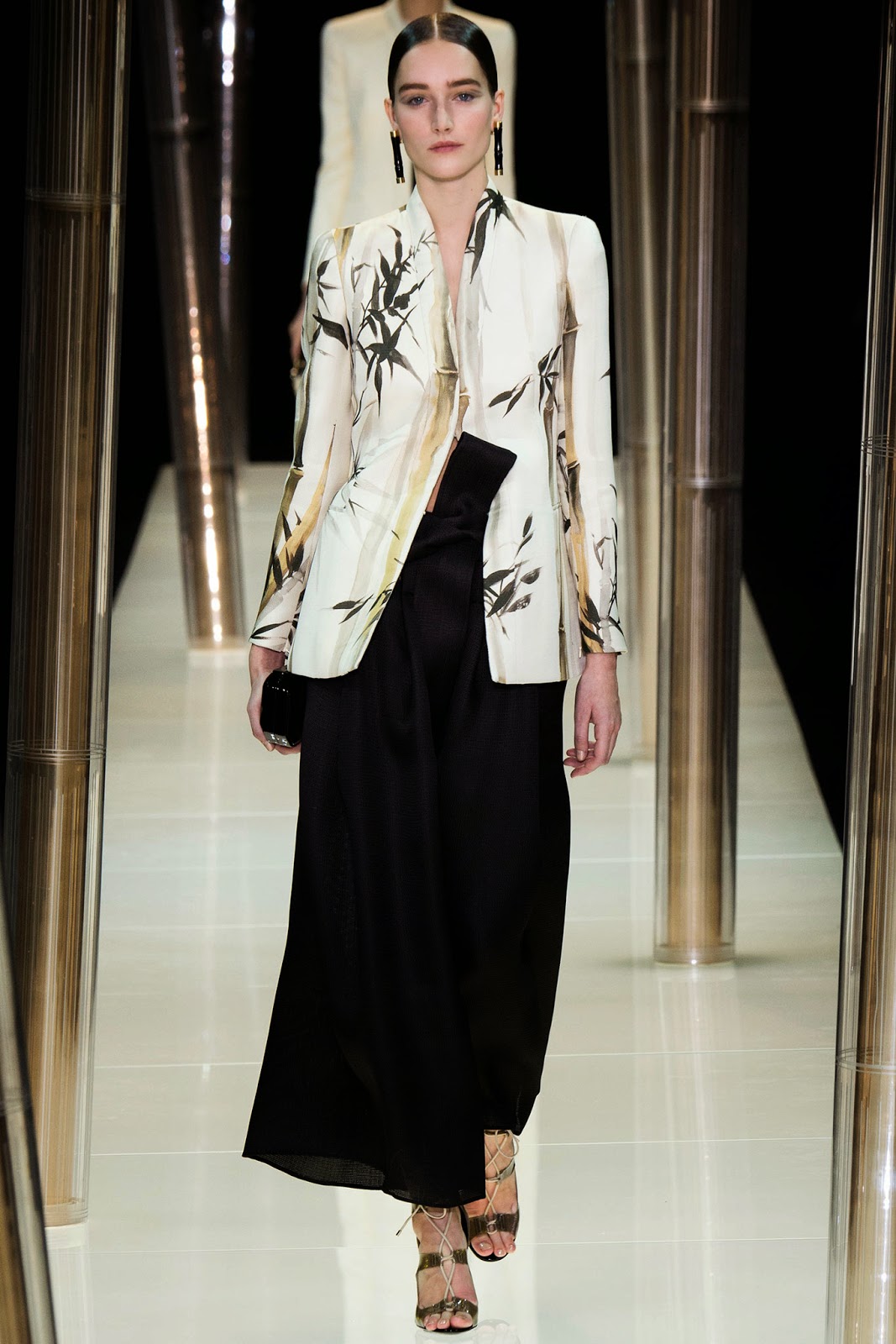 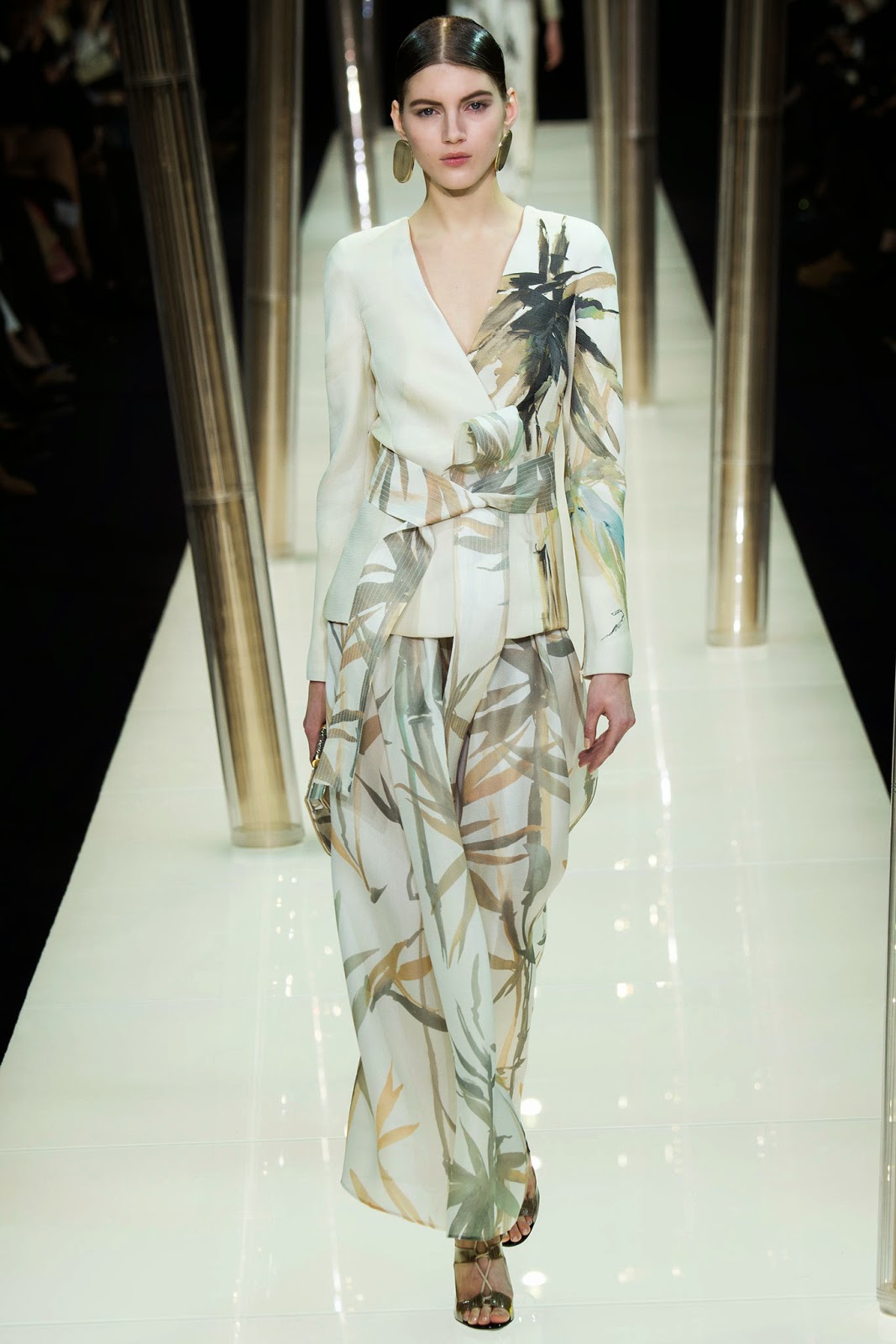 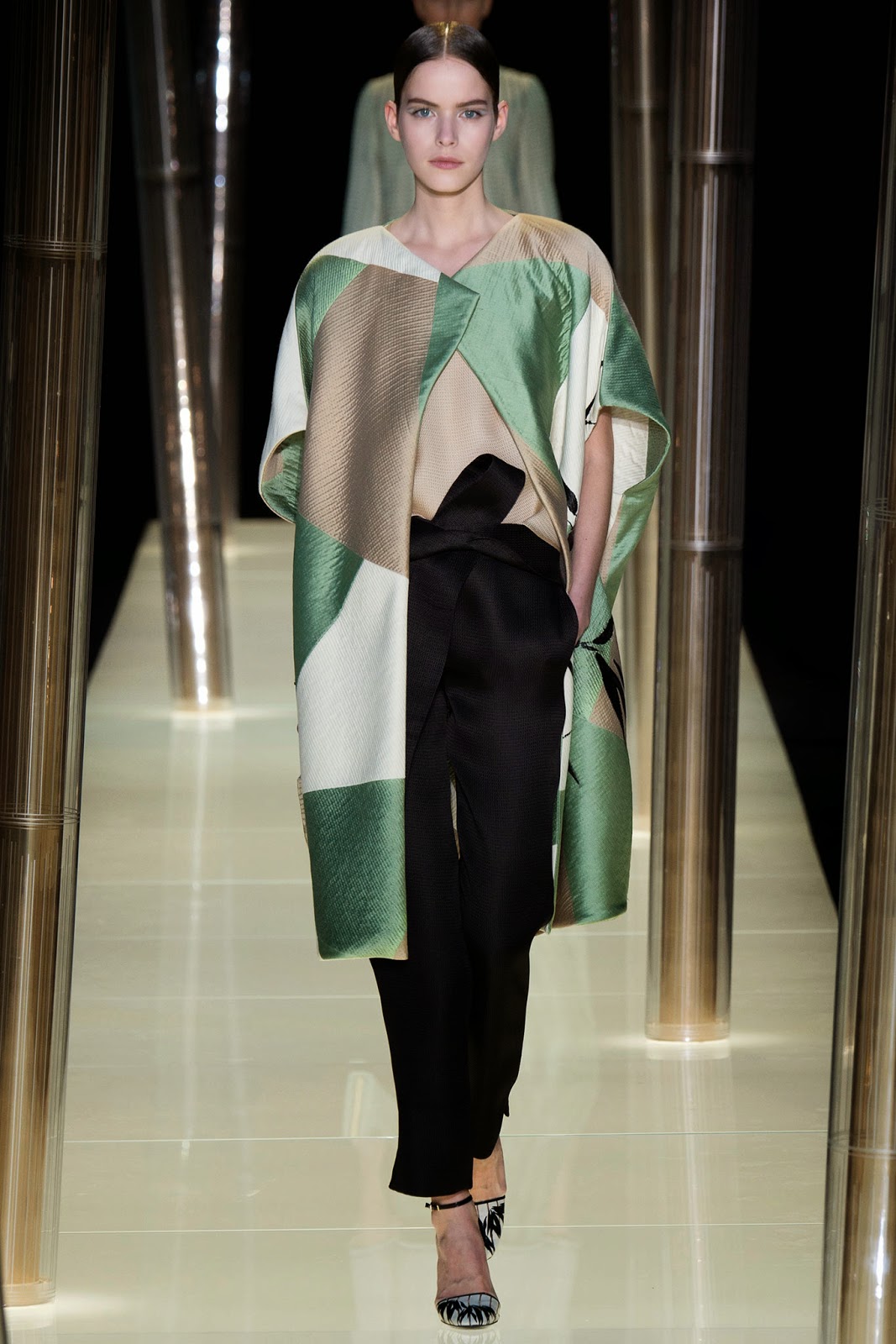 Without question it is a feat of brilliance to deliver a collection that is appears to be so weightless and ... Relatively speaking ...with  nary a bead in sight. Armani remains absolutely true to himself by offering the tailored and the flou, not to mention both day and evening. Albeit ... whilst women still dressed like this! 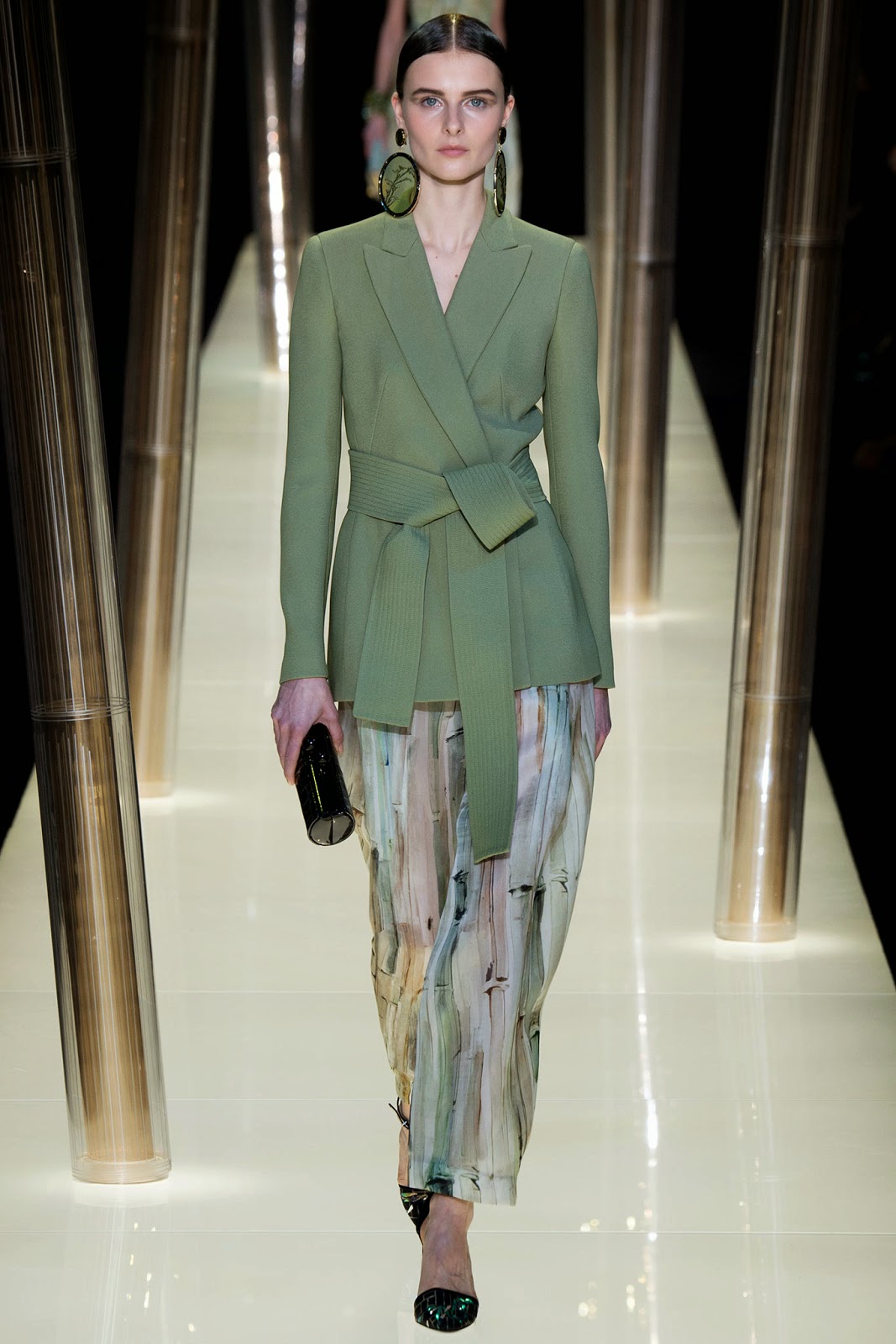 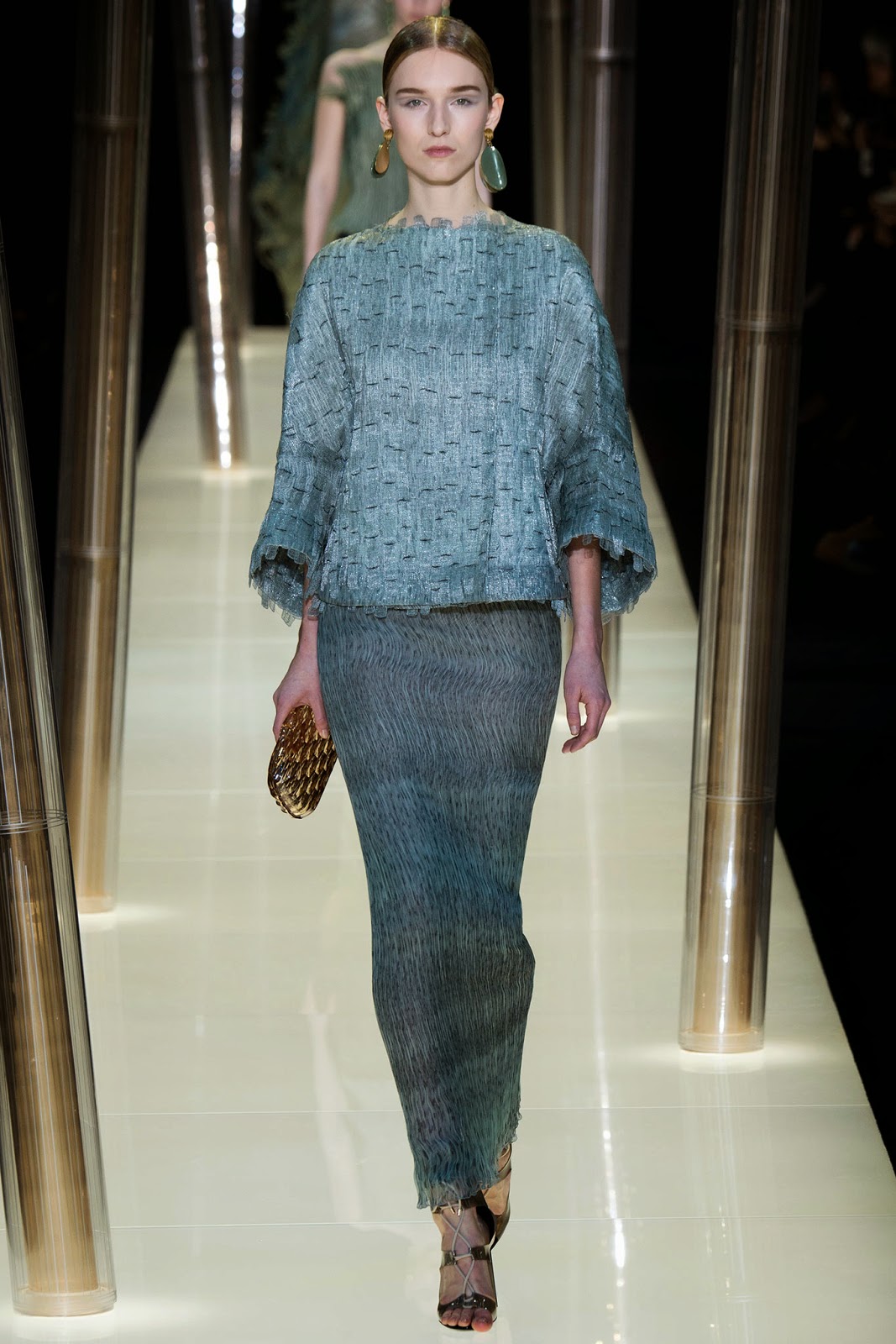 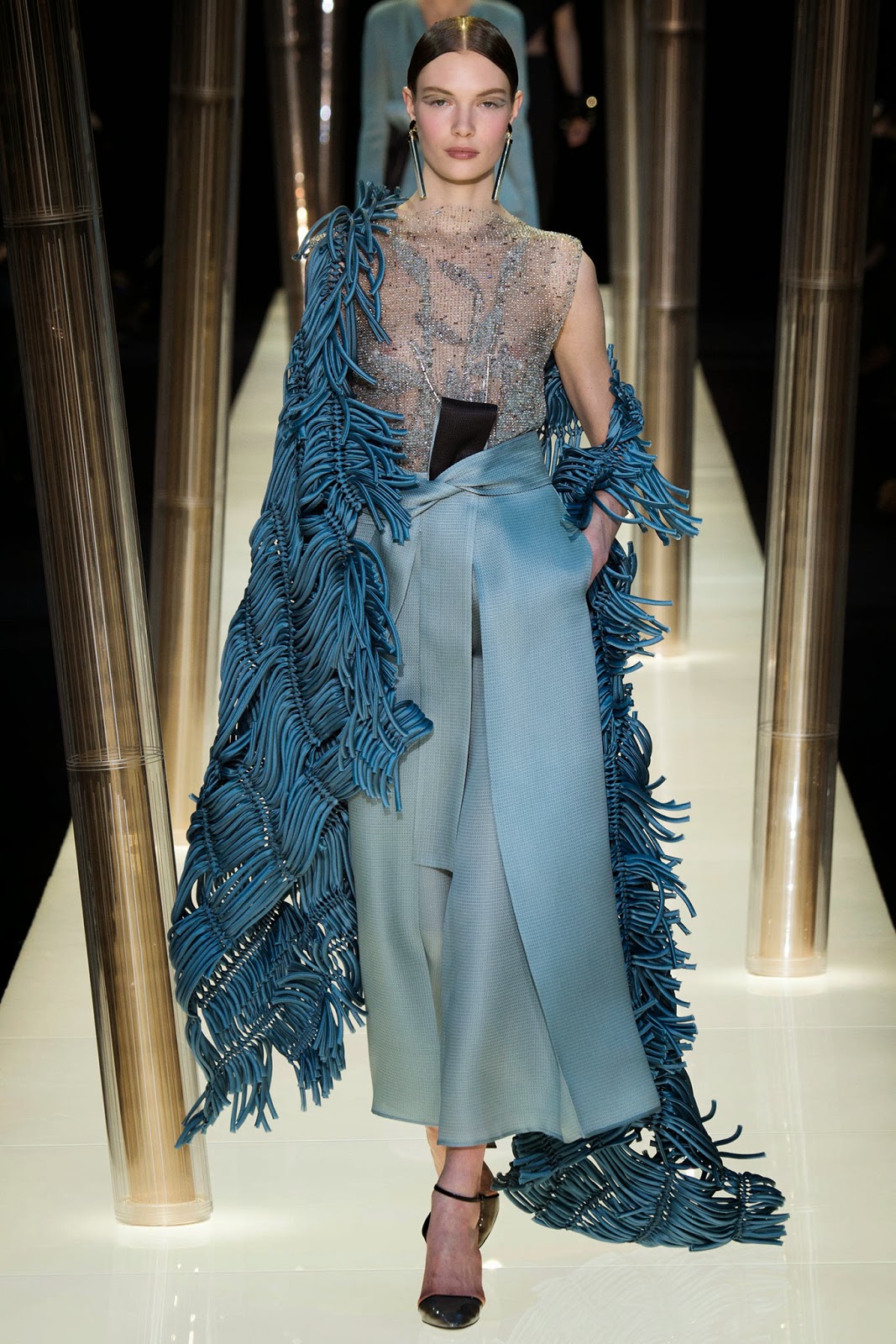 The bamboo pattern runs through the collection and the palette could not me more delicate. There is such an amazing fragility to these clothes that they defy the thought of manufacture. It is as if they just appear from sketch to reality with no middle steps. 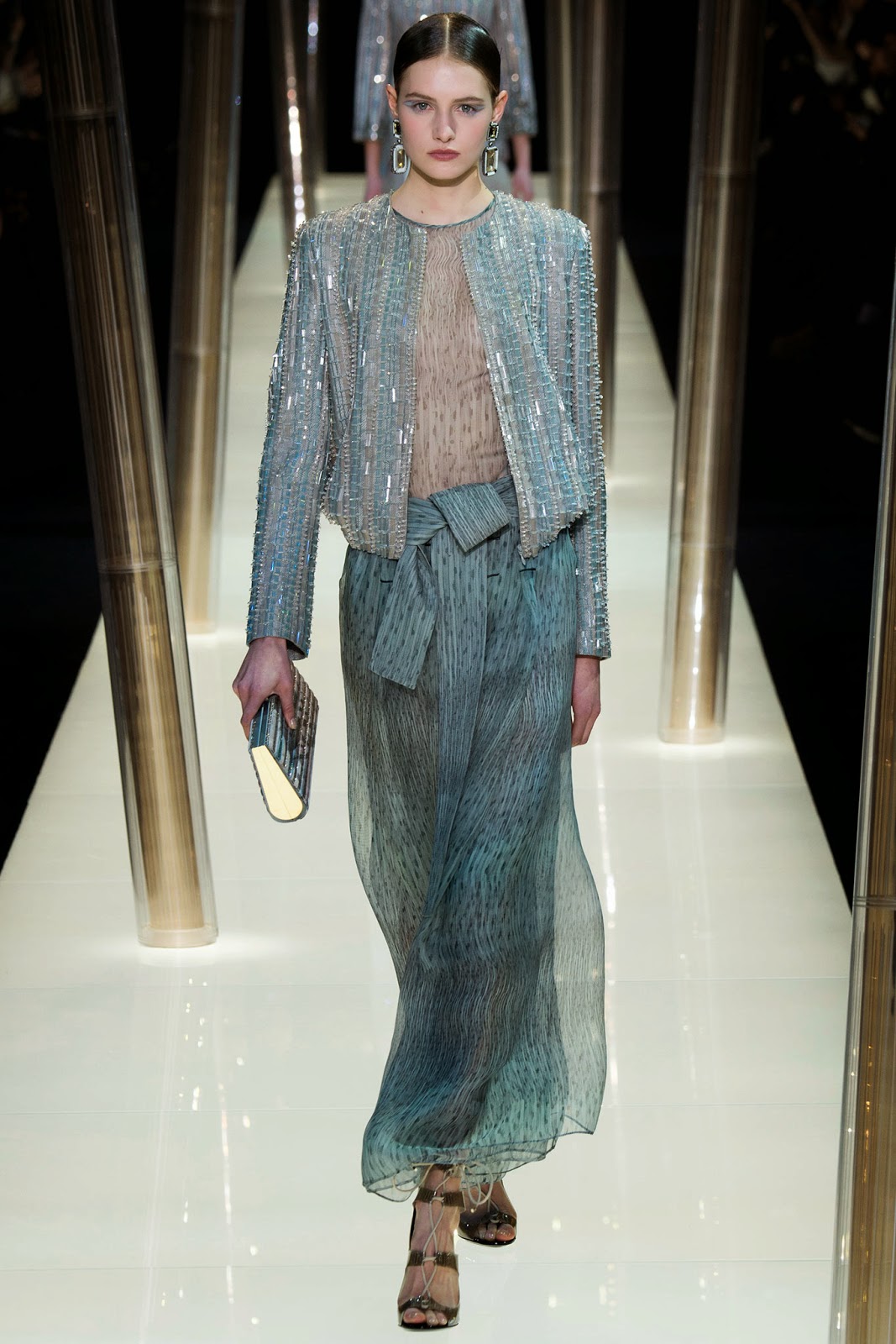 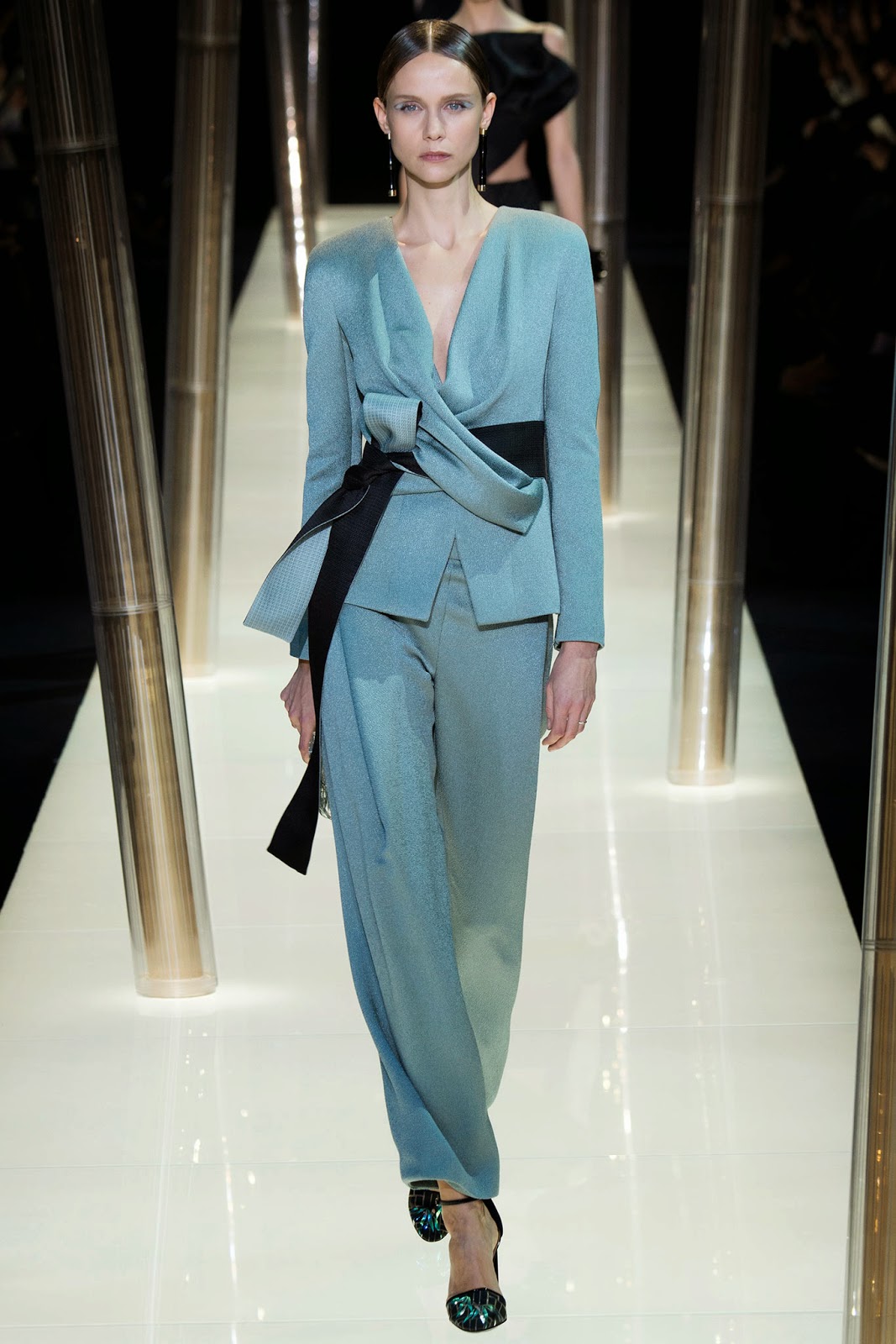 The overwhelming softness of the collection, the almost blurring of hard edges, all but creates an aura around these pieces. As a fan, my eyes are never bored with the man or what he turns out. This collection was relatively sparse when it can to accessories except for what I call the samurai sash/belt that is used throughout. There were a few arresting feats or trophies from the ateliers but my vocabulary limits me from properly describing. These were these eye popping artisanal pieces that are only magnified by the contrast they evoke when shown with the usual fare. At lack of a better description one might say this was pure 100% Giorgio Armani in all its glory. 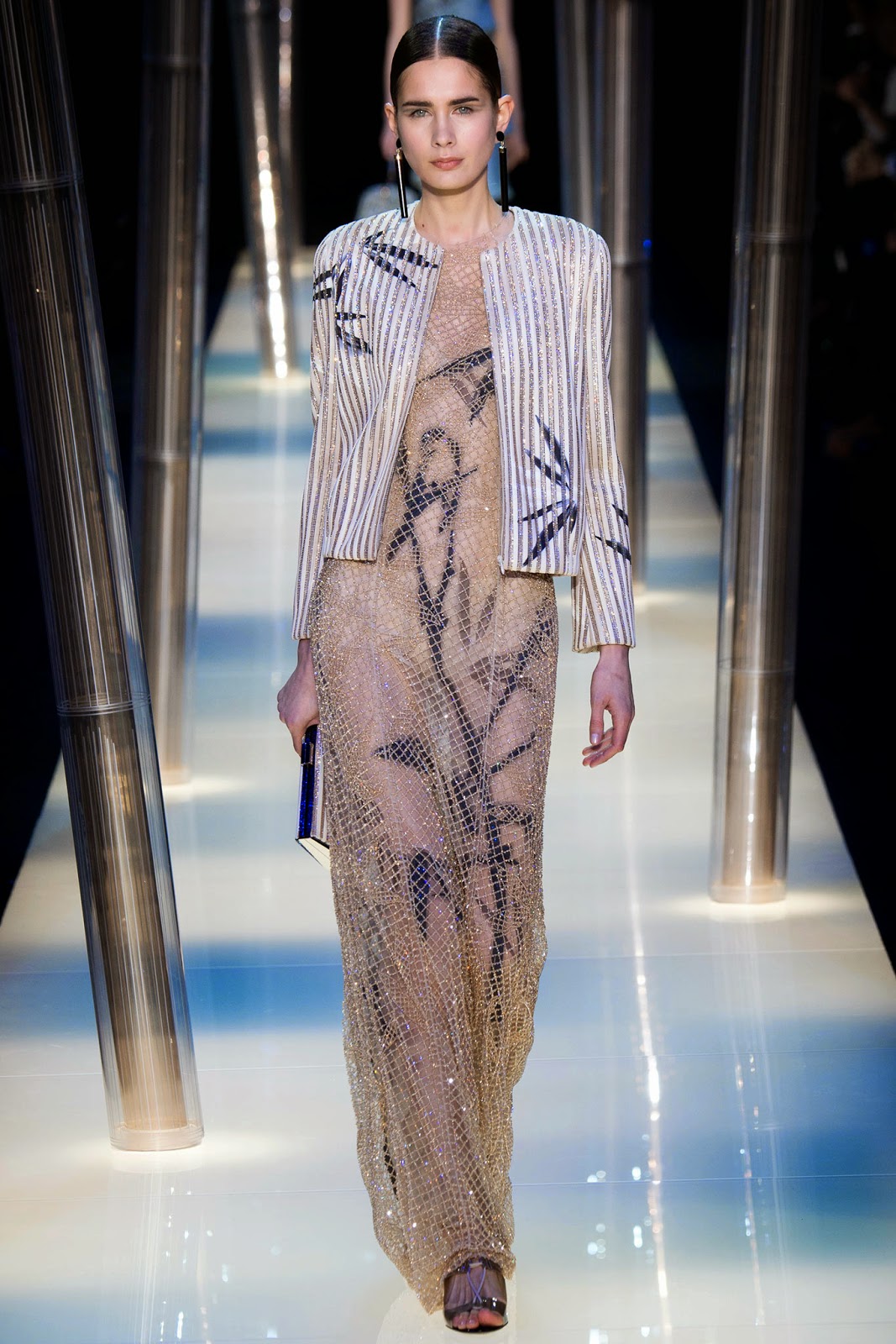 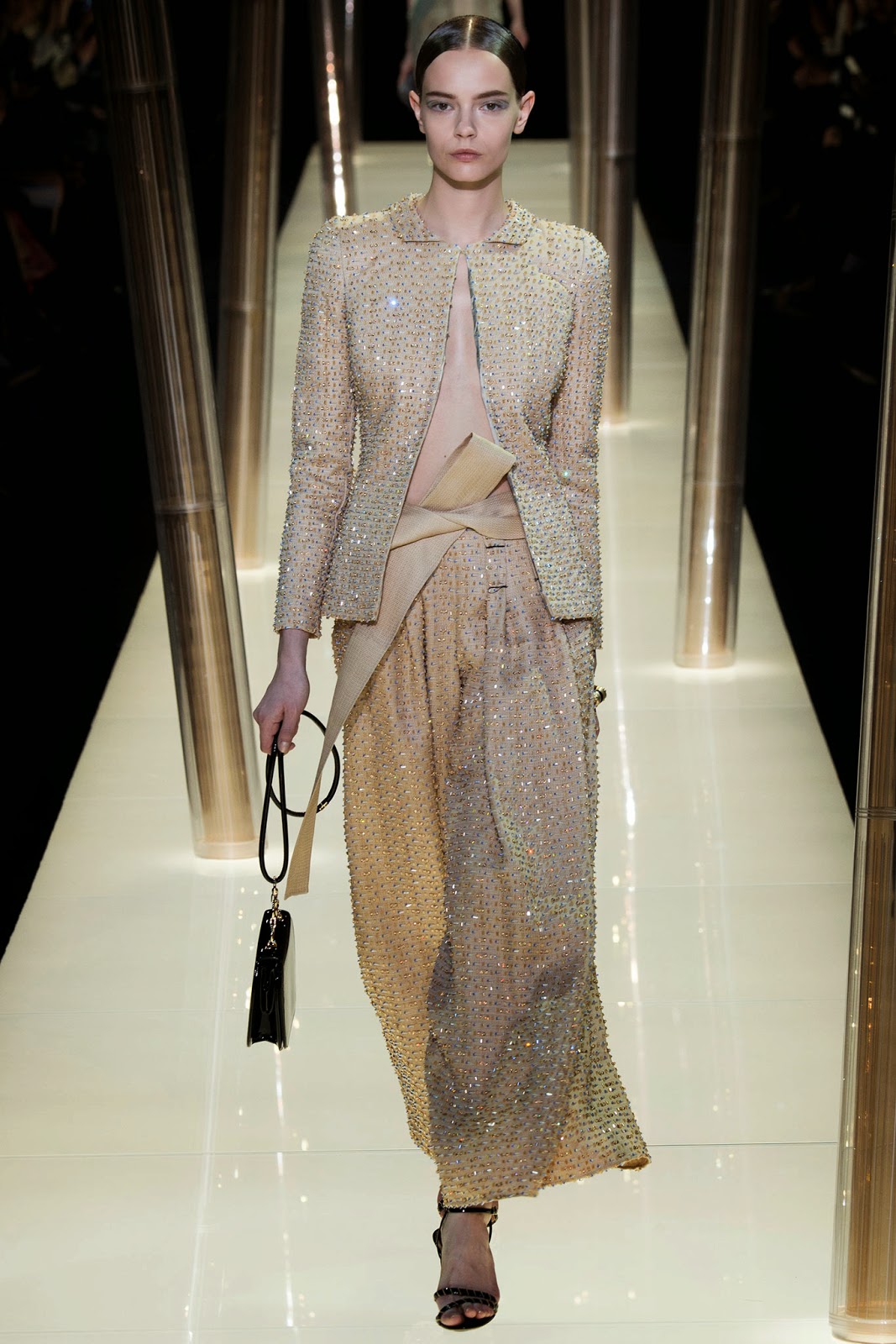 If rifRaf wasn’t so full of himself and so wrapped up in rhetoric he might notice that Dior pales in comparison on so many levels which is really an embarrassment since Dior has been at this (Haute Couture) for over half a century and the house of Armani for not much more than a decade. Armani and his brand are as one! 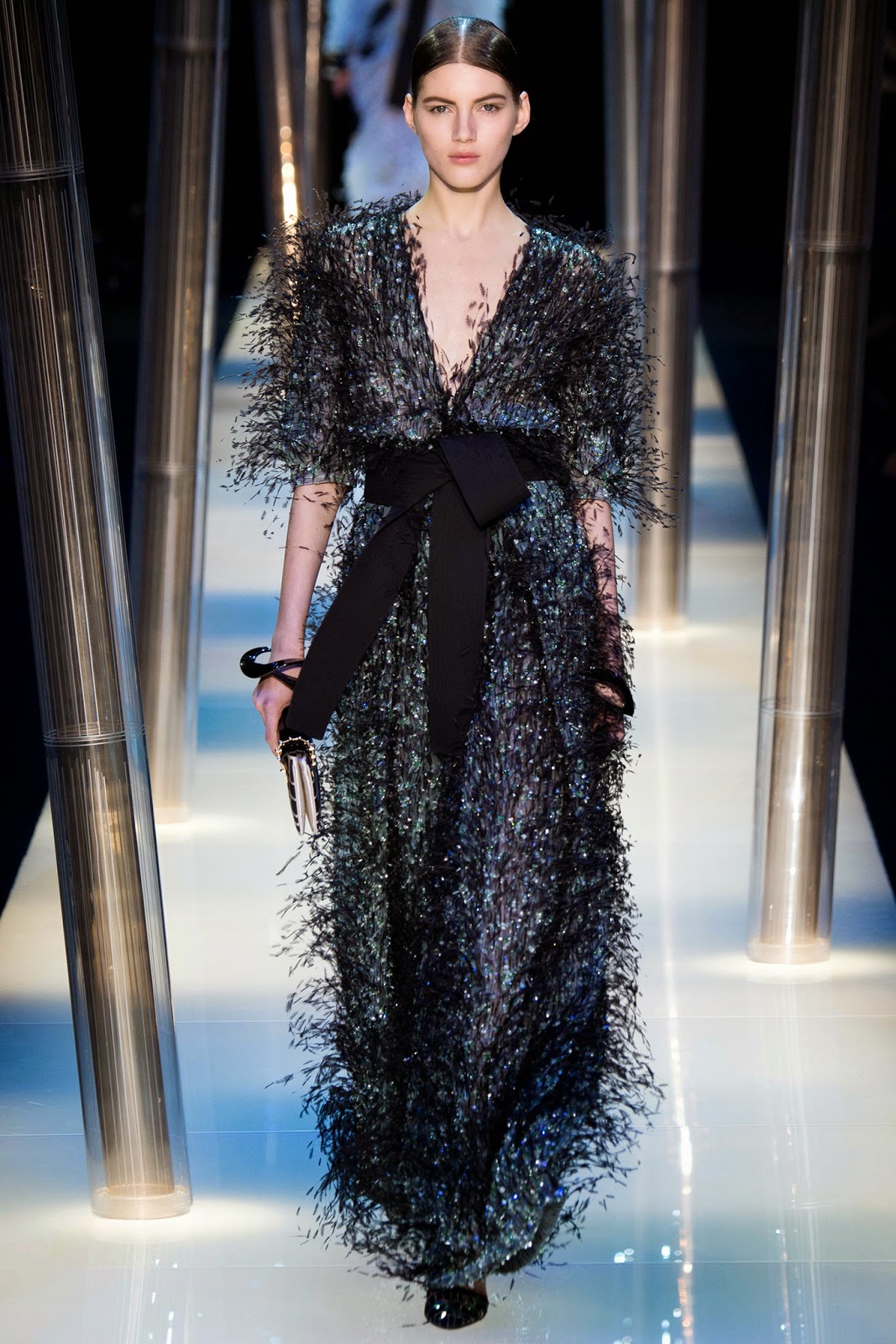 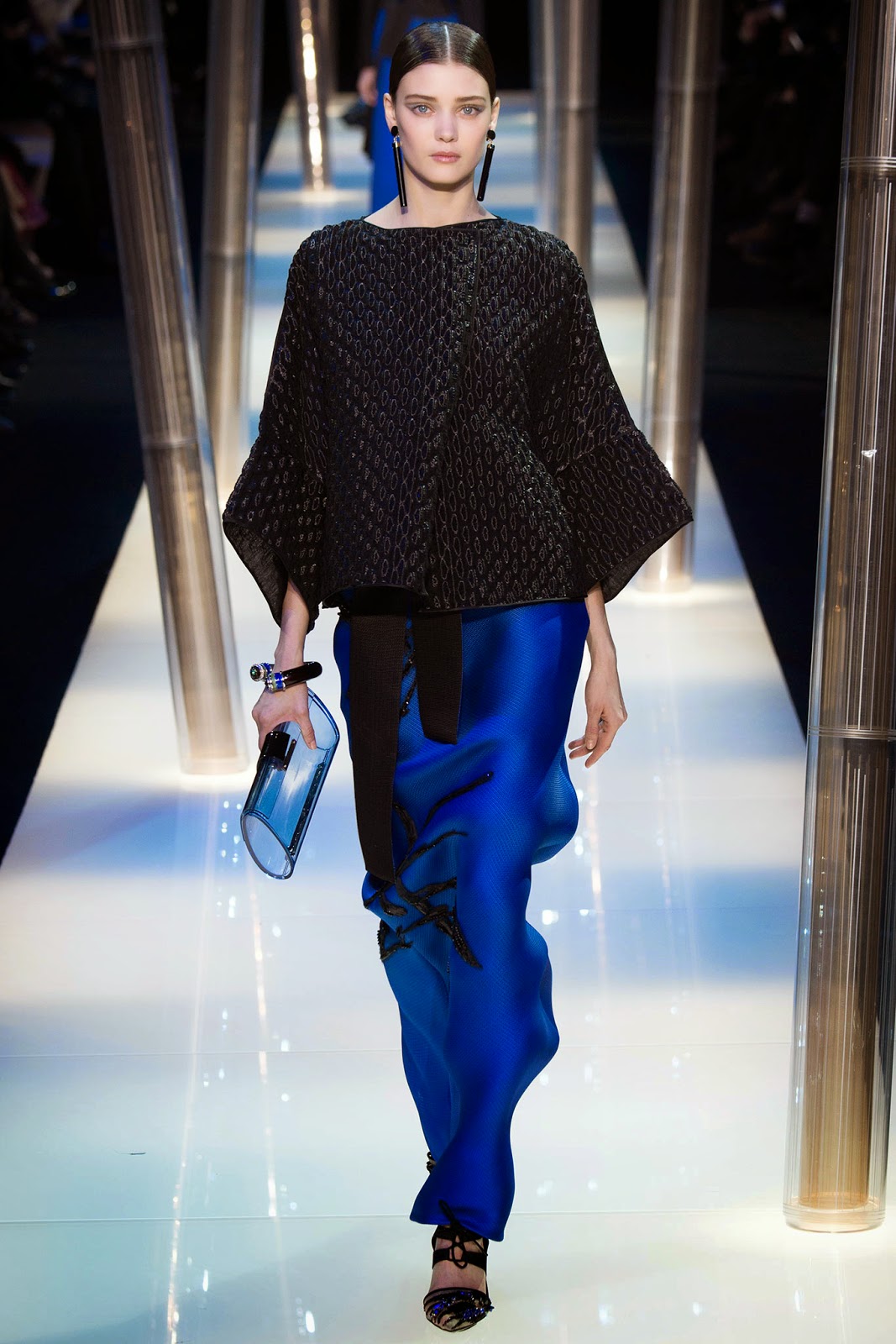 PS…  was that a petit homage to Balenciaga at the end in the blue plumed dress?
Posted by FASHION BY THE RULES at 5:20 PM