Whatever Raf Simons is drinking or smoking is not at all stimulating his creative juices as is evidenced by the Spring 2014 Haute Couture collection for Christian Dior. Jeez, Louise, he has managed to turn Dior couture into a contemporary line of dresses that even a 17 year old would snub. In fact, he has managed to make Jill Stuart and Erin Featherston look like haute couture in comparison. 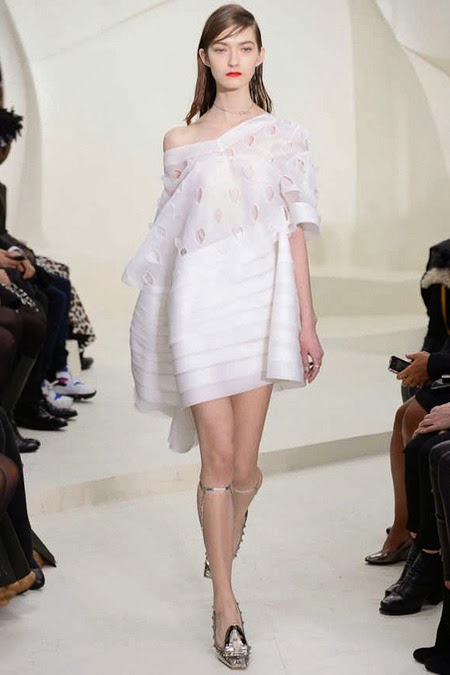 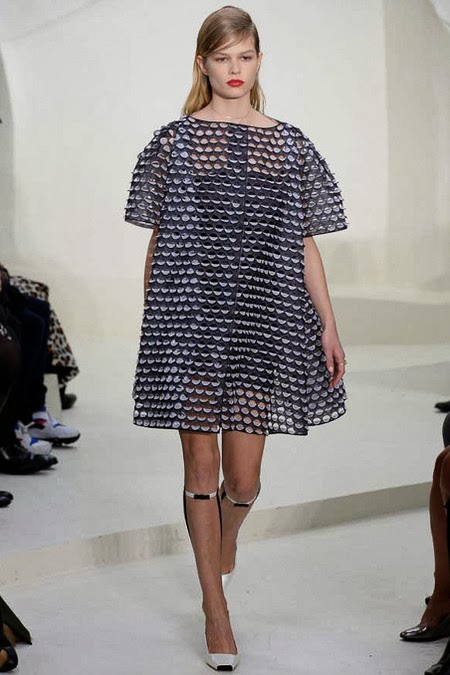 All one can say is that with a collection like this he has certainly deified Mr. Galliano and anyone else who preceded him at the helm of Dior. I really really hope that Mr. Arnault does  not think that this is the future of the brand as it is clear that Mr. Simons has no idea what it means to helm a house such as this. Mr. Simons is clearly out of his class, out of his comfort zone, out of his league and certainly out of his mind if he thinks that these clothes bear any resemblance to the vocabulary or DNA of Dior. 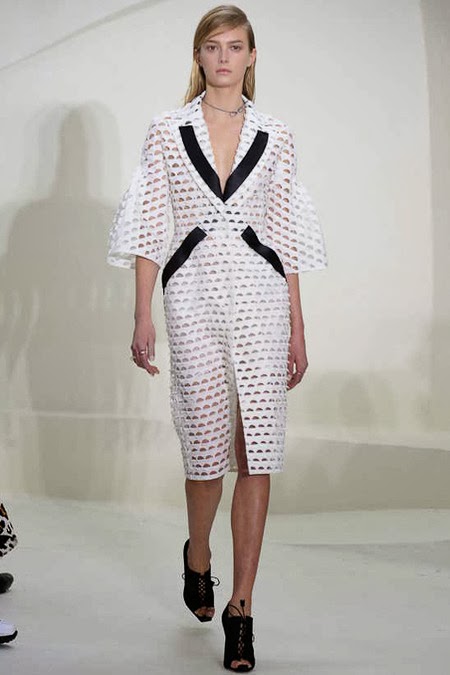 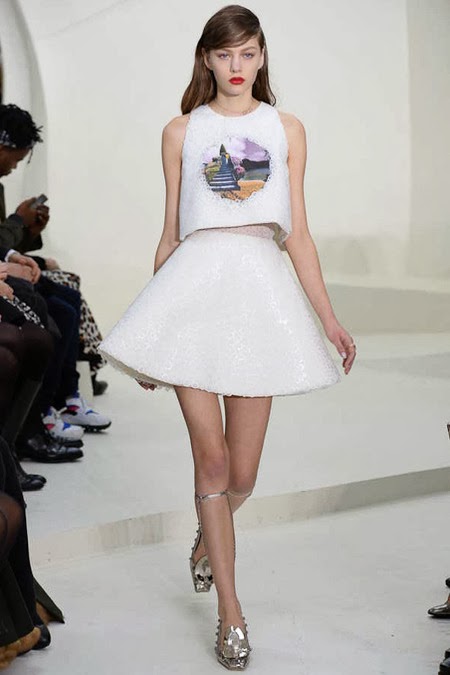 All reviews no doubt will be regurgitations of the blah blah blah crap that Mr. Simons seems to dispense far more easily than he does designing a collection. He surely believes his own brand of hooey as why else would a maison such as this offer couture aqua socks and a 21st century jeweled version of Aladdin’s shoes. You can be sure he will be espousing how all the fabrics have been developed for the collection and my reply would simply be … why bother? If there is anything redeeming about these clothes I am kept in the dark on that as I surely can’t see it. 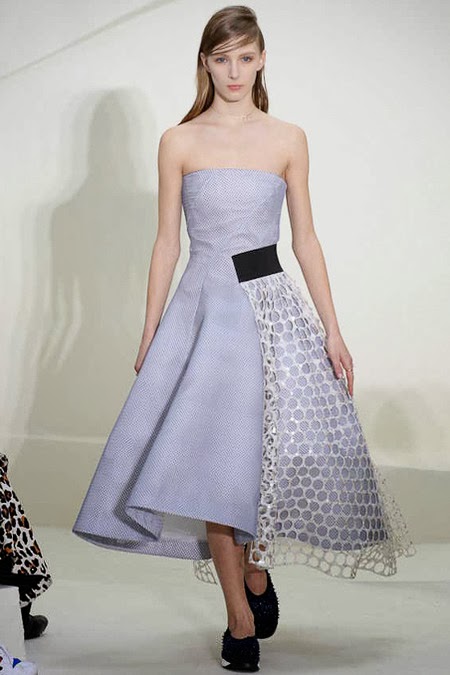 To complicate matters even further, the models lack any sort of refined or total glossed/finished look, in fact they look as if they just tossed on these 10 or 20 thousand dollar frocks with the attitude of “this ole thing!”   … And who would argue? 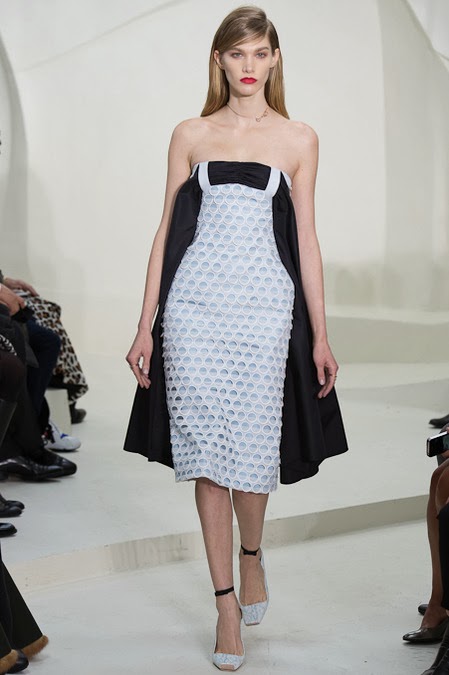 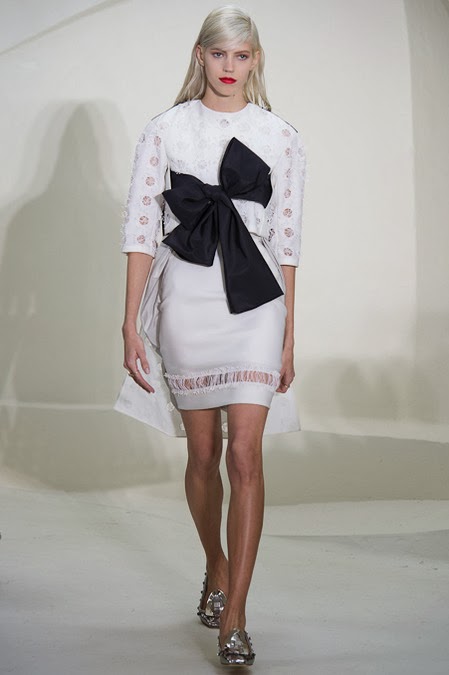 Let the fawners fawn and the uneducated bloggers that flood the internet ooh and ahh and spill useless nonsense and never address the clothes, but here is the truth... these clothes bite it!! Big time!!
Posted by FASHION BY THE RULES at 11:36 AM