As previously stated over the course of time, pre-fall is notorious for being a lot of greatest hits as the season needs to have a long shelf life and has to be long on appeal to that particular customer. Gaultier does not disappoint on any level if the collection is based on those parameters. 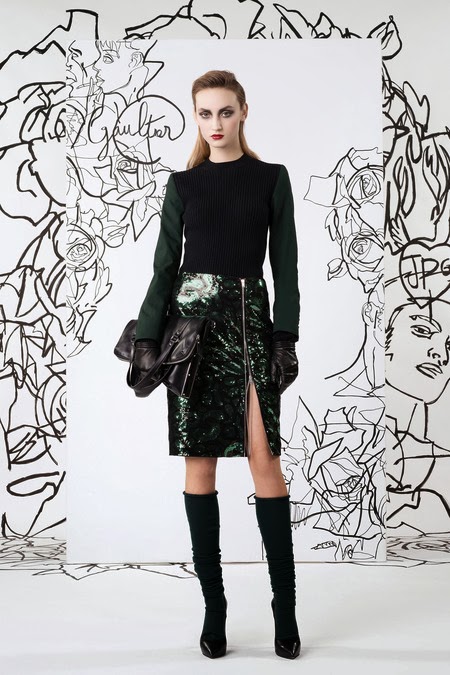 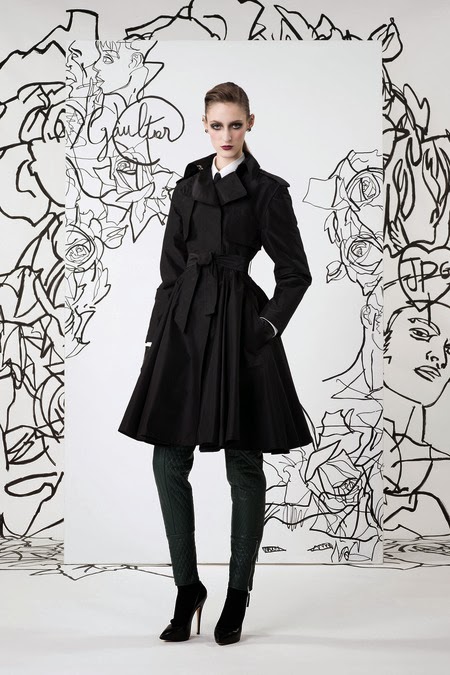 It is pure Gaultier all the way, from bomber/varsity jackets to trenches to bras to tailoring to wrap waists to loose drapey pants and tops. Every base is covered, every time of day is spoken for and yet the collection doesn’t appear to be boring in the least. 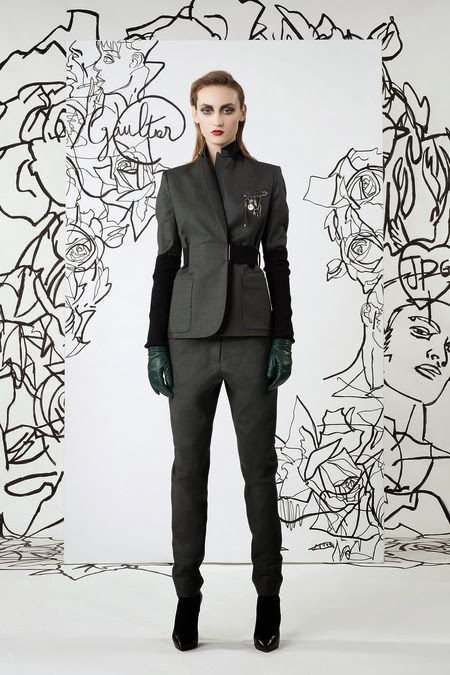 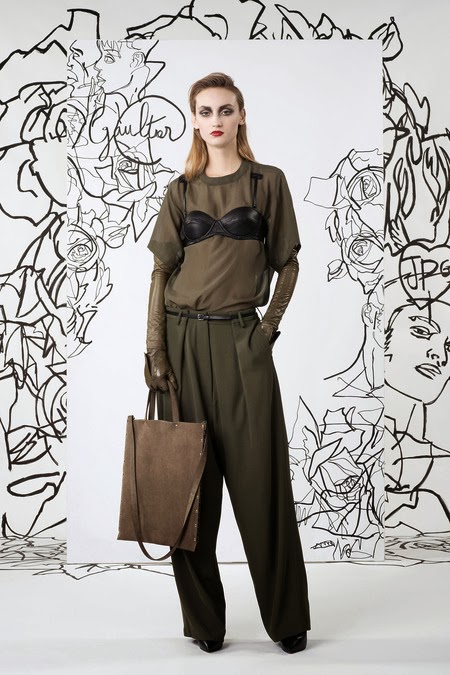 Some designers do manage to stay on top of their game even if they rehash their past and look to the future. 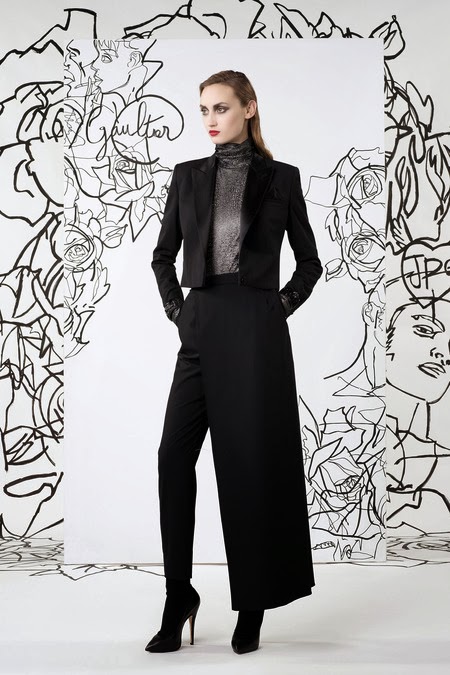 Now we talk about Givenchy by Ricardo Tisci and here we have another kind of situation all together. One gets the impression that Tisci has taken some very basic shapes and ideas and embellished them to the point of absurdity. Then there is the situation where he has taken some basic salable shapes and done them in ultra-flashy expensive fabrication and paired odd accessories which more than obviously might be confused with Miuccia, “I don’t want to make women pretty,” Prada!  Apparently the heavy handedness is deliberate to deliver the end result. 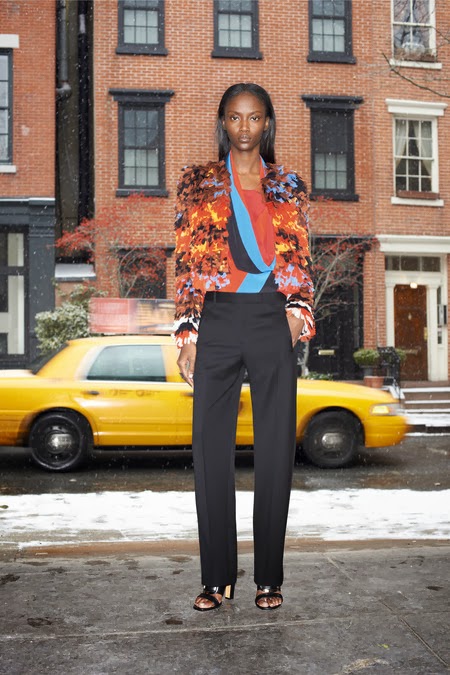 What else would explain those hideous clown shoes which add nothing but ridiculousness and shock value to the otherwise ordinary pieces? My only guess is that it will give the so called media mavens a reason to show these silly clothes and then wax poetic about how modern and fabulous they are …. NOT! 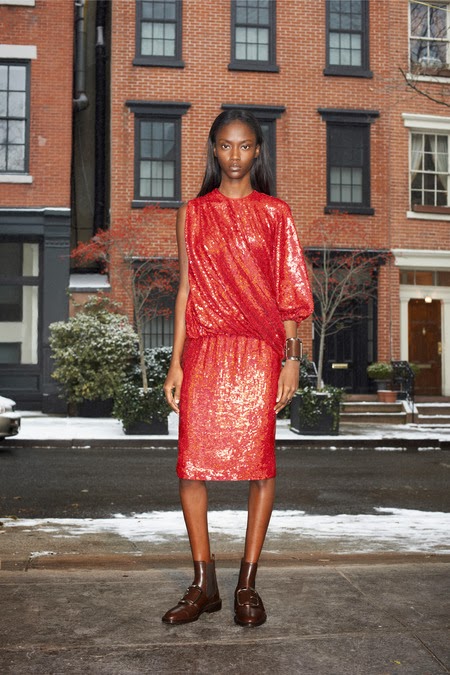 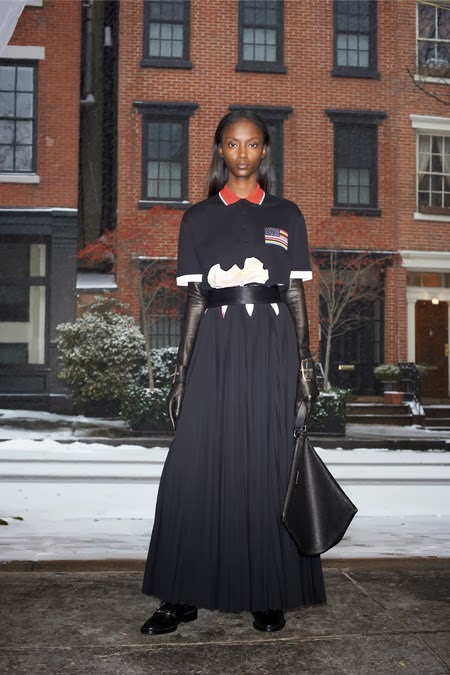 One would like to say there is a DNA present but one would be hard-pressed to find it other than shock em and screw em! Yes, Tisci has created a new alien DNA for the brand and has turned a sleepy brand in a big name but at what cost? There is not one iota of what was once a revered and tastefully chic brand. 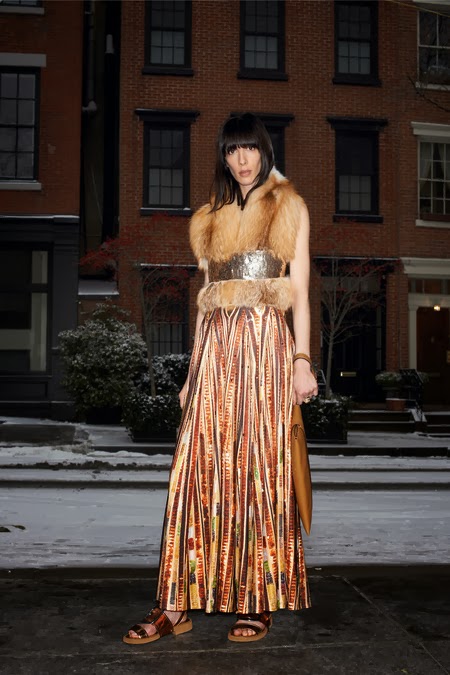 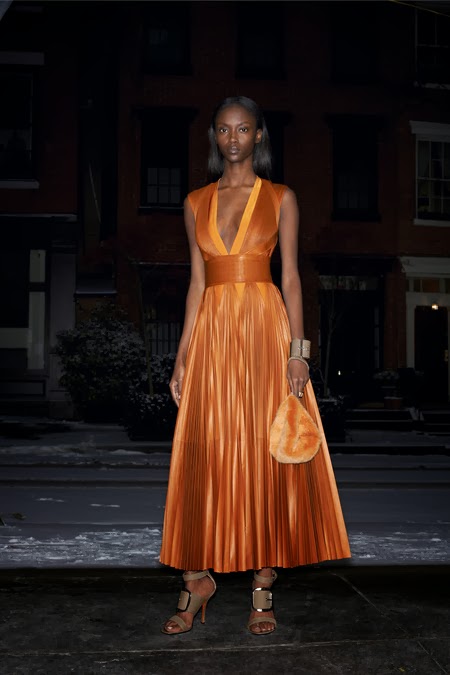 The take away is quickly becoming why revitalize these old brands if they don’t retain any of the founder’s original DNA other than in this mumbo jumbo crap they call inspiration!
Posted by FASHION BY THE RULES at 4:55 PM