What springs to mind immediately.. Oh yes pun intended... if that Karl approaches the Haute Couture as if he is doing a regular collection and if you can wrap your head around that then you understand that this is monumental. Some 60 odd pieces paraded by and all one could do was smirk and smile and marvel while shaking one’s head. 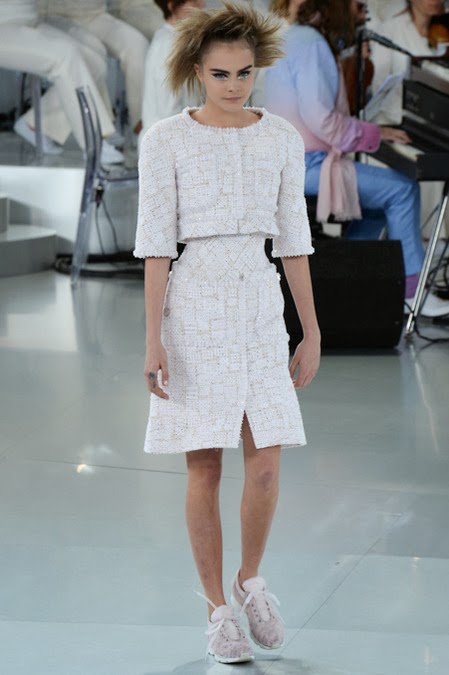 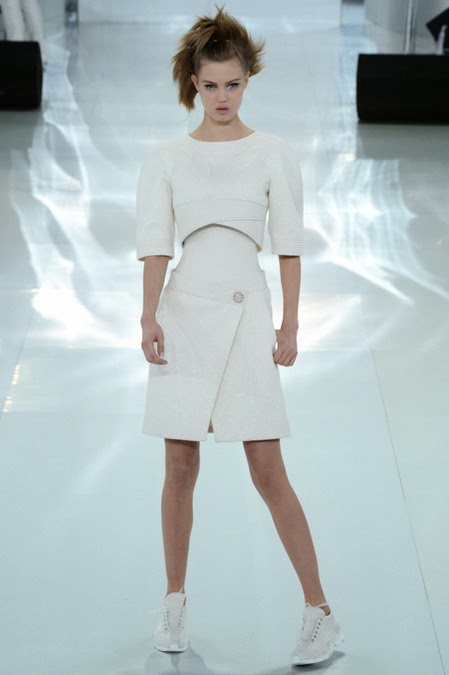 It is he who will laughingly sell more sneakers in dollars and cents than probably Nike and that will be a staggering number. Why is it that we can giggle when Karl does it and sneer when anyone else does? Part of the reaction is caused by knowing that very few designers have his sense of humor and even less have his attitude about fashion. He possesses a hubris that is unrivaled and yet he laughs at himself and yet he knows he is on top of the whole game! 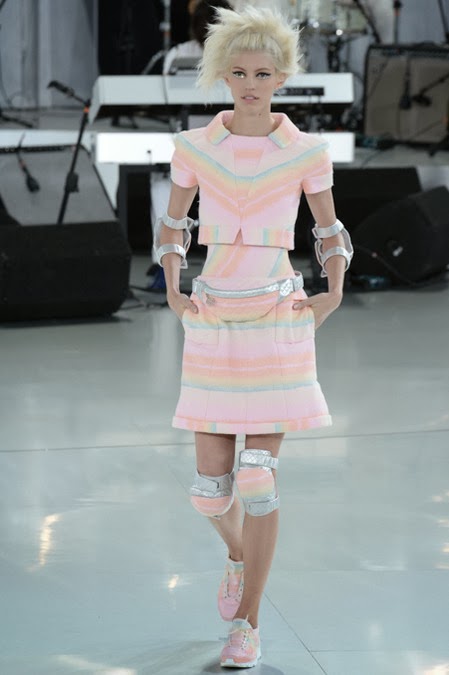 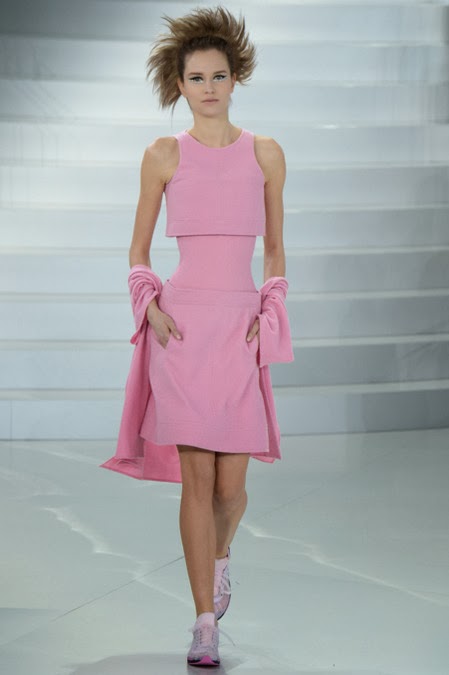 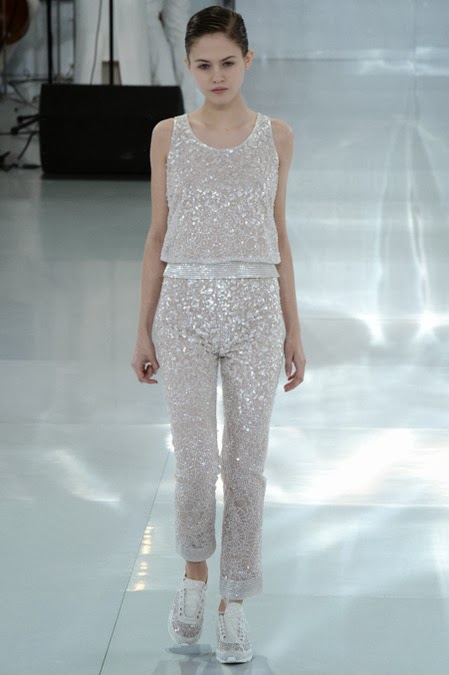 It should be noted that Chanel really does 3 couture shows if you include the early fall Metiers d’Art collections that are shown in a major city each year. With Chanel’s arsenal of ateliers and Karl’s boundless imag8nation, we are treated to spectacles that remain unrivaled in the business of fashion. No, not even LVMH and their entire stable can compete on this topic! 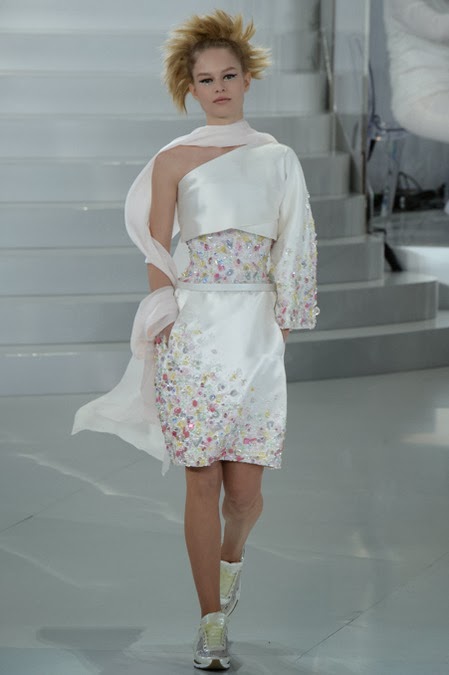 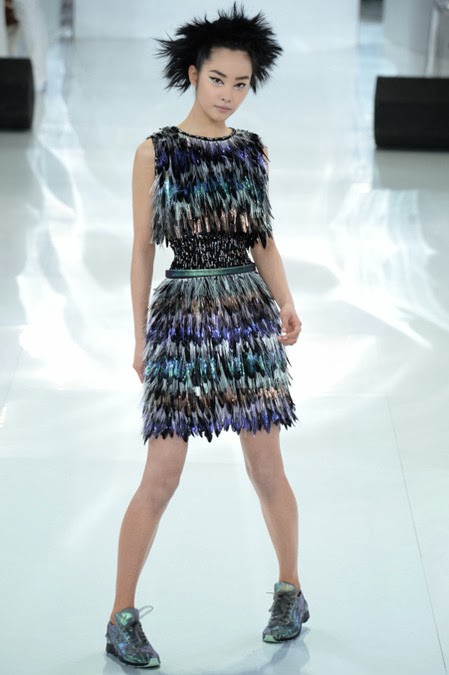 Now, the clothes!!! Well to say they are not for everyone is an understatement. To say that they are incredible is yet another! And lastly, to say that Karl has singularly elevated the status of lowly gym clothes to an unimpeachable height is still one more! The palette is divine, the primary silhouette with the accentuated waist/midriff jackets/tops  is surely not a shape combination for all but the jackets are sublime, the gowns just exquisite and well some of it is just beyond description or rationale. On a slightly negative note, if there is such a  thing here, the hourglass shape was played out just a bit too intently and one would have hoped for some more “mundane” skirts but no matter as Karl is just the gold standard with Chanel. 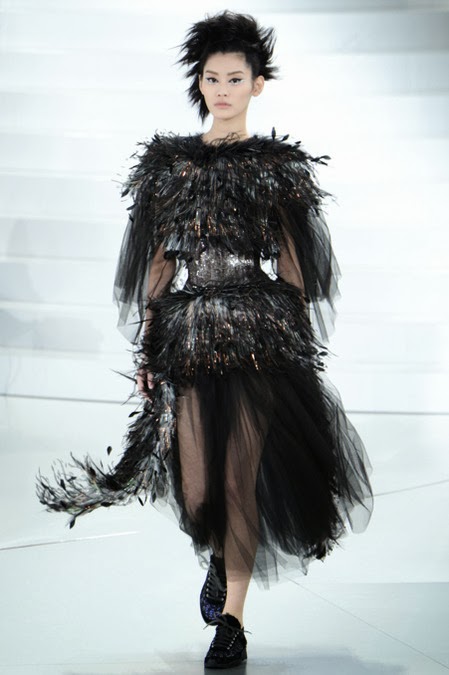 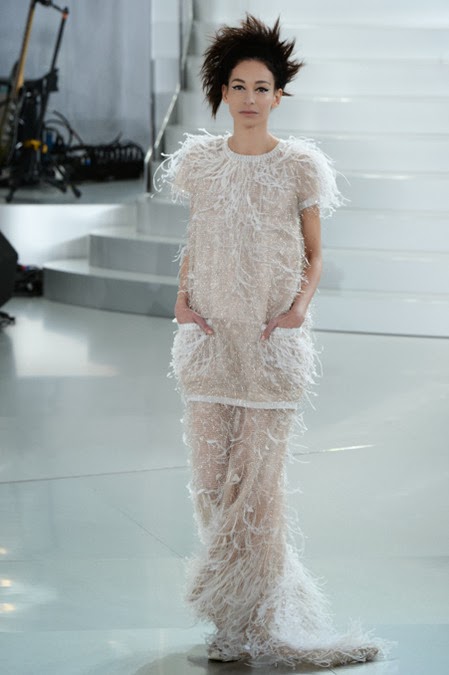 No one knows how to work his ateliers as well as Karl and if maybe there is a comparison it would be to Lacroix or Galliano in that respect. What I found to be just wildly beautiful is the last segment of gowns and truly special pieces that just knock your socks off. Descriptions are inadequate but the sales will reflect the sentiment and I would bet on that!

Do have a look at the entire collection and see what the all the fuss is about…..
Posted by FASHION BY THE RULES at 9:12 AM