At Zegna the good news is that Stefano Pilati has found his footing or one should say this is definitely where he feels at home. The collection comes across as effortlessly designed and has all the swagger and style of a man who knows exactly what he is doing and what he is after. 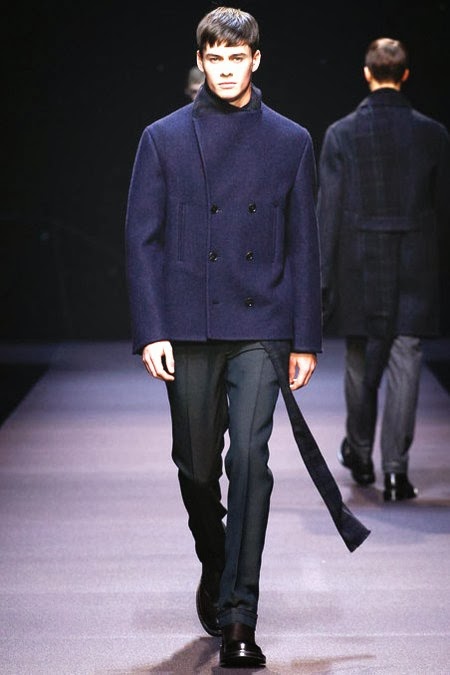 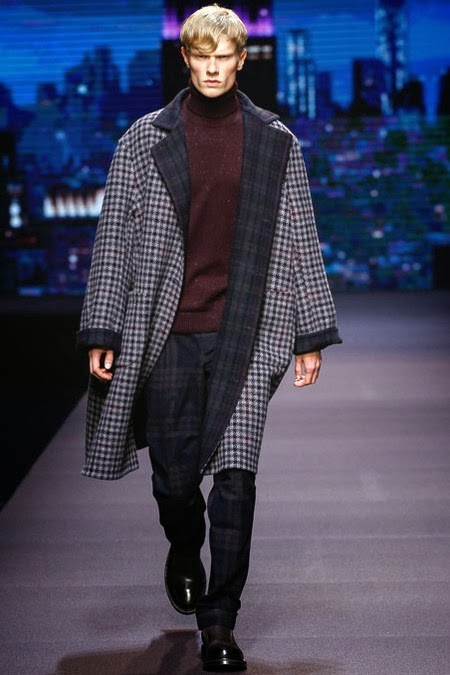 The most apparent aspects of the collection are his use of muted plaids, the return to an almost “normal” proportion and of course the inherent exquisite quality of the clothes. There is very little to find fault with whether it is the layering, palette or a very distinguished grouping of outerwear that will no doubt reign as one of the best of the best season. Of special note is the outerwear which I found to be wonderfully imaginative, well-conceived and well… designed without having any of the bells and whistles that flooded London. 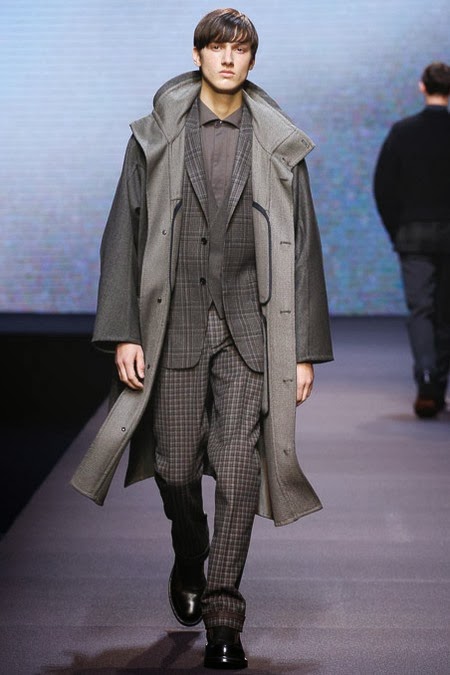 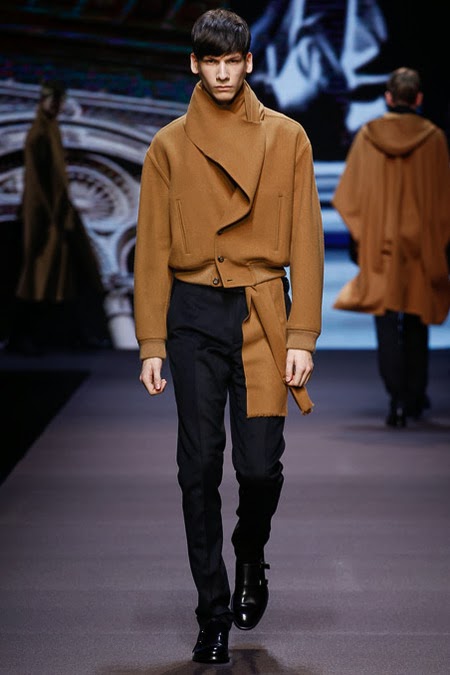 Let’s say that the London collections offered up tonnage of almost silly or ridiculous possibilities while Mr. Pilati seems to have distilled the ideas and turned out a sophisticated and marvelously adult collection. To say that Milan started on the right foot is an understatement! Grazie Signor Pilati! 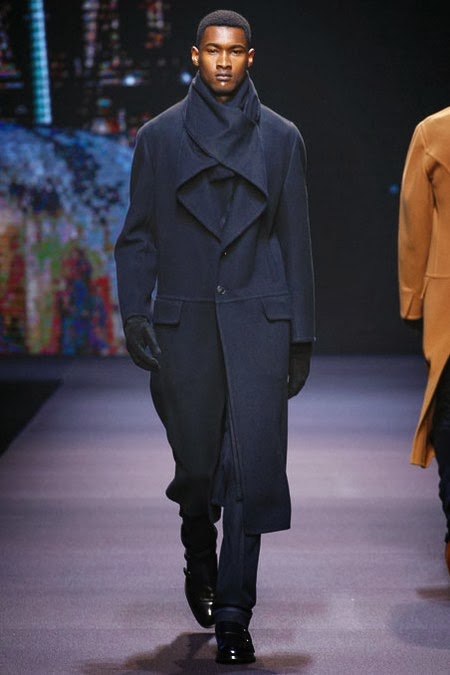 And from the sublime to the ridiculous! Enter Donatellamommamia with Versace! WTF is on the Signora’s mind? It may be a question for the ages as having once been a huge fan/consumer of these clothes; I would be hard pressed to even pick 2 things for myself if they were offered free of charge. Besides being heavily laden with heavily adorned and costumey jean get ups, there is a plethora of choices for one who wishes to exhibit bad taste. To say that her aim must be a consumer who craves attention is an understatement. There were brief moments of respite with instances of beautiful tailoring but alas those moments are overshadowed by cheap tricks and amateurish theatrics. 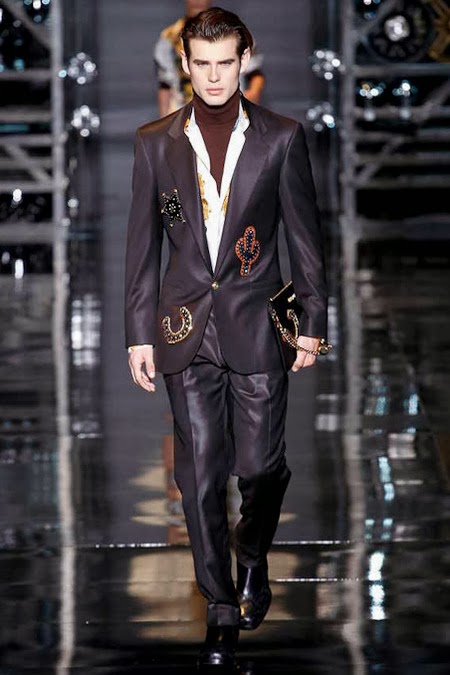 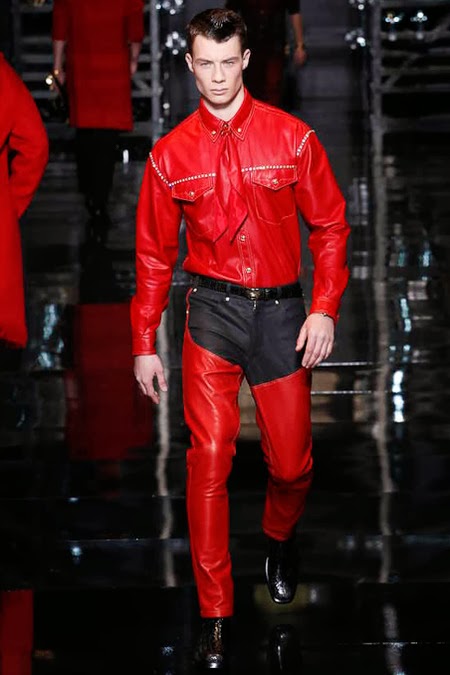 In summation we can examine the ticky tacky kitschy western motifs and themes, freakin chaps cum jeans worthy of any International Male catalog from 1980s, cod pieces, all this gay iconography mixed with bikini briefs and fur… sound inviting? Well then c’mon down!! Not to be totally negative , there was an occasional beautiful coat, blazer or suit but these were so rare as to be forgotten or let’s say that even the basic well cut blazer was offered with not just one rifle patch but two and I can only assume that is for the ambidextrous shooter amongst us. How Missy has taken all the vocabulary of a brand and ripped it to shreds is of constant amazement. 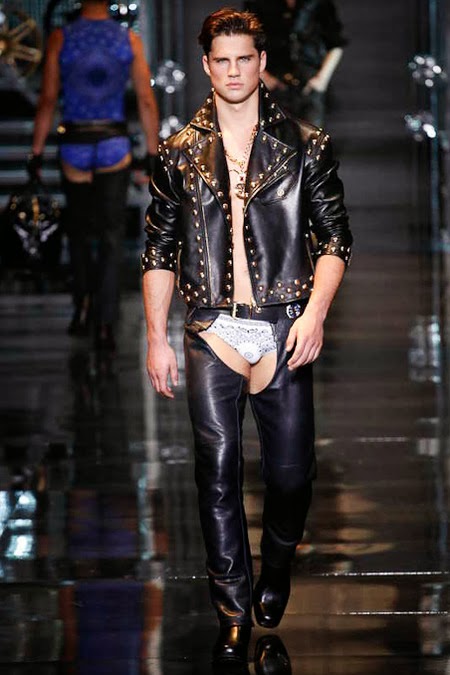 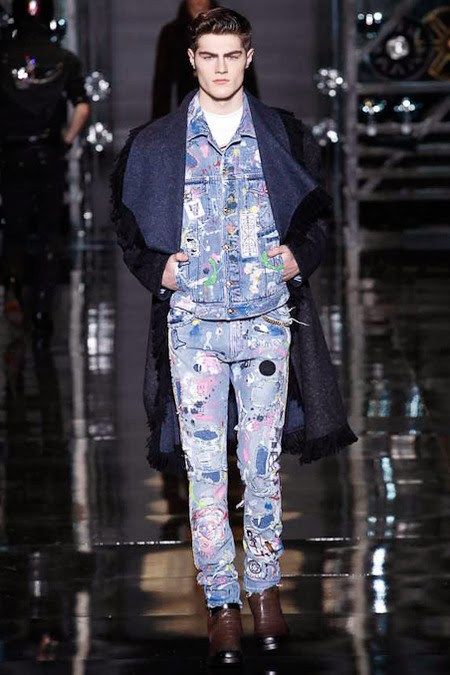 Last up for today is Dolce & Gabbana and one can certainly now say...ENOUGH with the photo centric prints and the wildly heavily influence of these themes. “We get it” …they are masters of carrying out a theme and of beating it to death but it sure gets a tedious after what seems endless seasons offering endless themes. 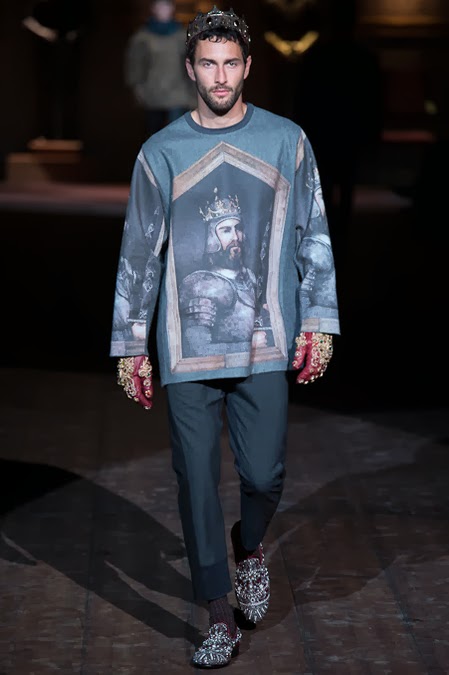 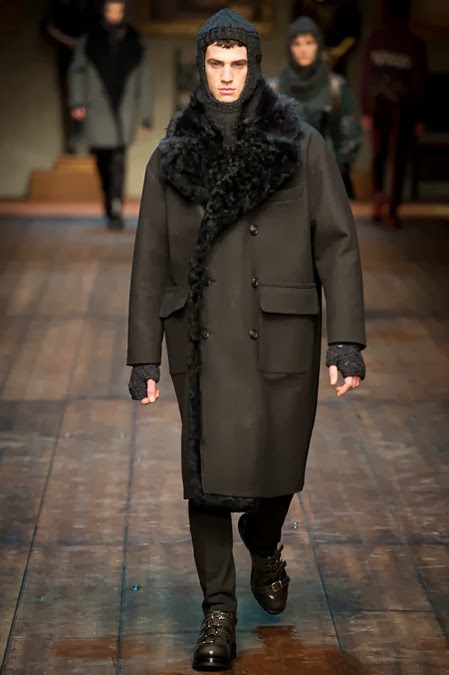 So this season it was medieval and maybe Plantagenet and maybe some gothic thrown in which meant we see crowns and chain mail effects and balaclavas and furs, not to mention tunics and studs. One might say some of it is perfect attire for your next visit to a Renaissance fair. What is distressing these days, is the themes and scales of the show seem to have overtaken the intent of the show which means that the clothes have turned to costume rather than supposedly everyday apparel. Yes the signature tailoring is there and the abounding design elements and flourishes but where are the clothes? The silhouette of the tailored apparel is starting to look dated and the seemingly over thought selections of fabric are just compounding the short comings. Yes, there is a lot to see and there is even more to dissect on the runway with the combination of the collections but yikes, guys, give it a rest! 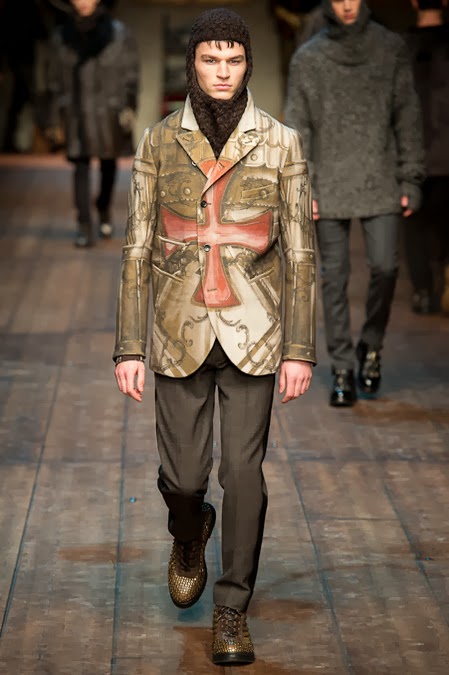 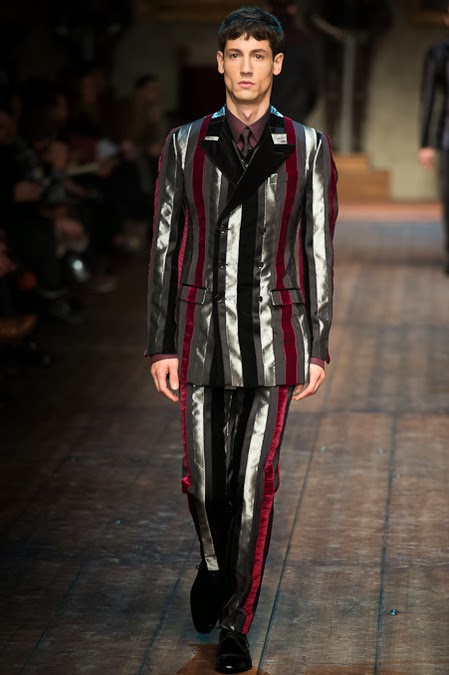 Posted by FASHION BY THE RULES at 6:29 PM