My first observation is that Peter Dundas does what Donatellamommamia wished she could do … number one drape jersey like a master and then make drop dead sexy clothes without making them look like hooker uniforms! 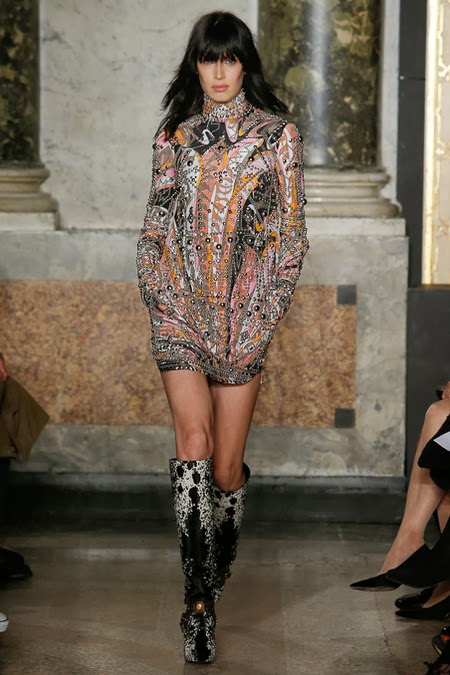 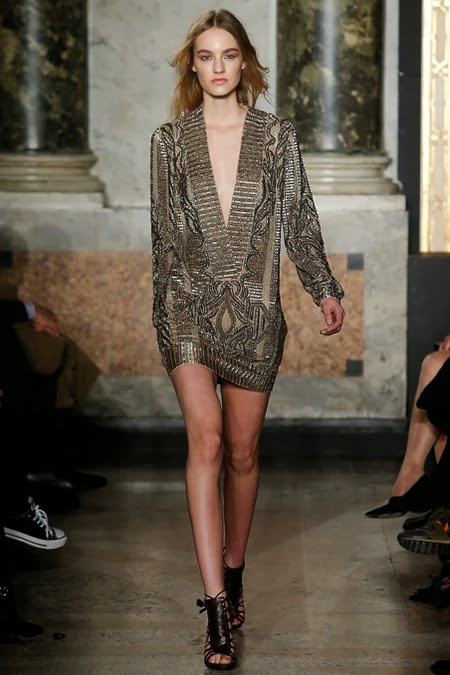 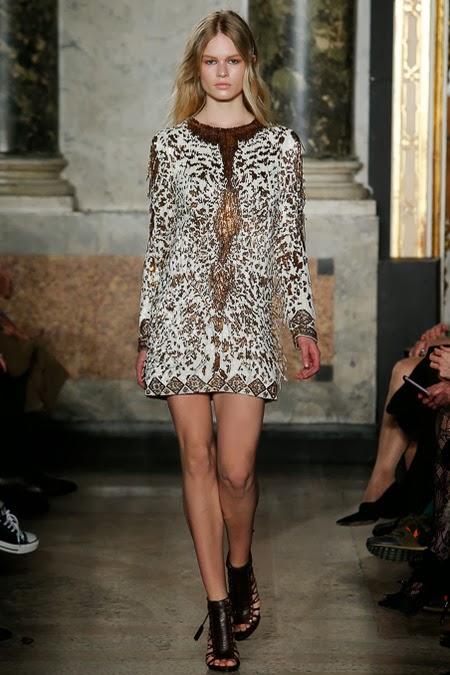 That being said, it was a wise and prescient choice for him and the brand to return to prints this season in such a definitive way. As a whole the collection is pretty wonderful even if there were some questionable pieces within. Some of the furs seems a bit de trop and maybe even confused and over worked, the velvets were okay and wouldn’t really have been missed but there were 3 sweaters were pretty fabulous; one being this cognac oversized drop turtleneck, another a bronze looking tennis sweater and the third being a somewhat computerized animal print. The jerseys were divine and the tailoring was certainly up to par although they didn’t seem to be as important as usual, the beaded pieces were quite well done and again, Signora V might take a lesson here and lastly the prints which were pretty but not exactly flip your lid fabulous. 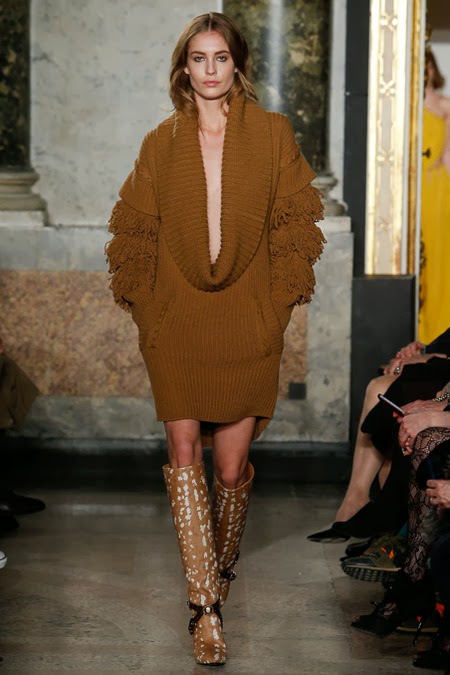 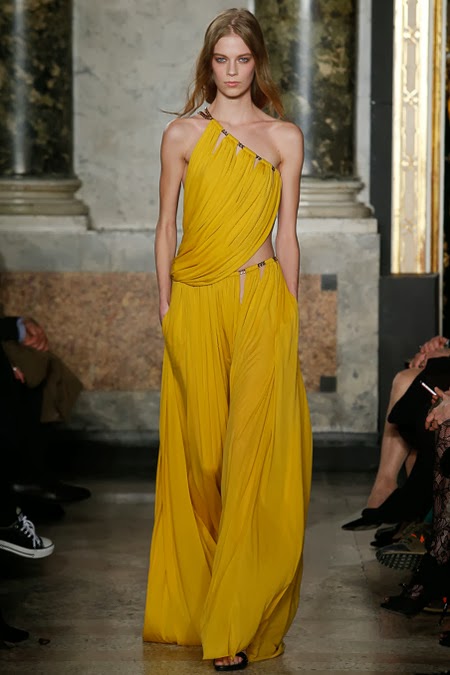 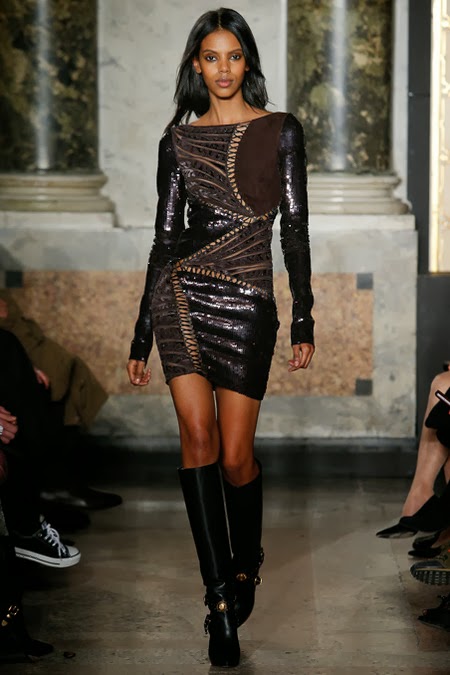 The take away here is simply that Mr. Dundas stuck to his guns and did what he does best .. He delivered a sexy, tasty and modern Emilio Pucci without diluting the DNA that he has restructured during his tenure; he massaged it! The collection should serve as an object lesson to so many who think they must reinvent the wheel every season and reconfigure their brand’s vocabulary and identity on a regular basis. In essence he doesn’t need to toy with what he has successfully established. 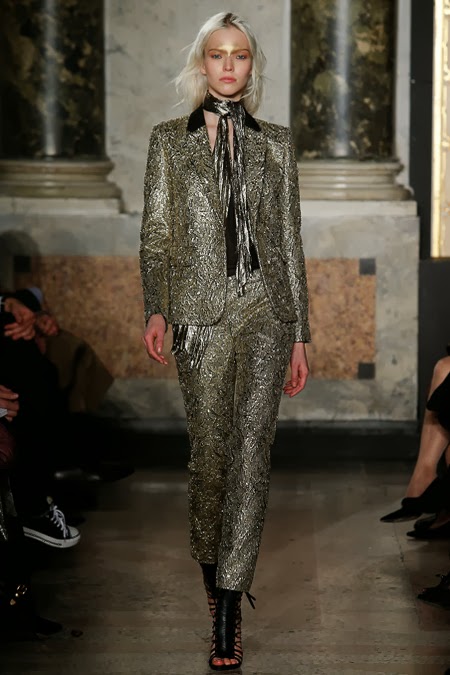 Posted by FASHION BY THE RULES at 3:59 PM