Here’s the thing about expectation; It just never seems to equal the reality of a situation. The instance here is Jason Wu for Fall 2014. My expectation and anticipation for his collections are ones of never being disappointed and rarely has that been off but this season all I seem to feel is that there is a lot of foreplay and no happy ending. 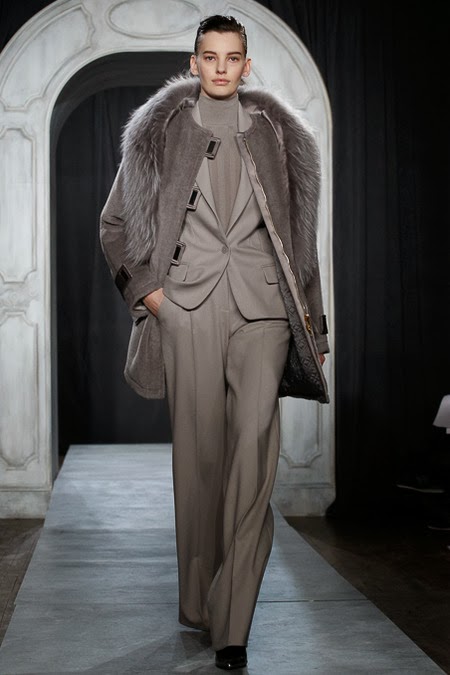 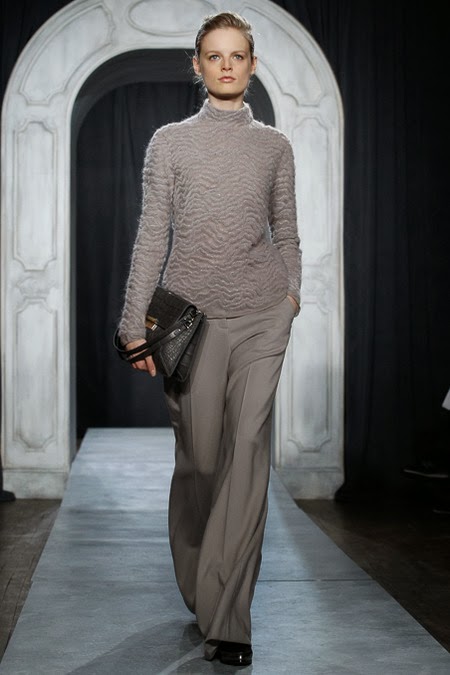 Yes, his vision of the latest trend silhouette is more his than the trend itself but it lacks the spark that Mr. Wu has usually and more consistently delivered. He makes his statement for long and slimmer as well as some statement about androgyny which maybe have something to do with his latest collaboration with Hugo Boss. The deepest jewel tone palette was used but it only provided a richness rather than impact of any kind. Mr. Wu remains true to himself but this collection seemed to lack his surprises and his usually successful riskier looks. 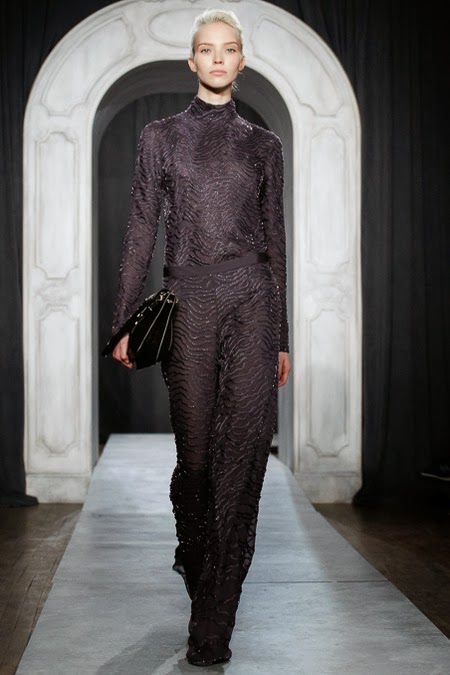 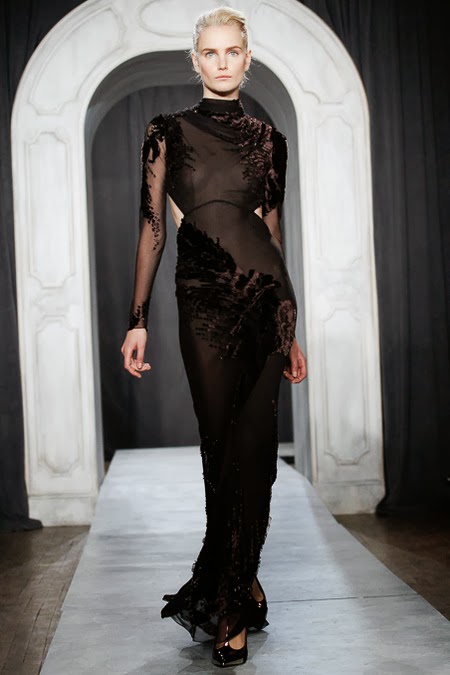 As for Prabal Gurung, one just has to wonder who in hell is whispering in his ear; he is in desperate need of a new “design whisperer.” It was love at first sight the first time his clothes appeared on my radar but “Oh Mommy” how times have changed. For Fall 2014, Mr. Gurung has tortured and over worked the clothes to a new level of manipulation. Apparently he seems to think that an ode to Givenchy and Haider was a great idea which certainly didn’t bode well from the get go. 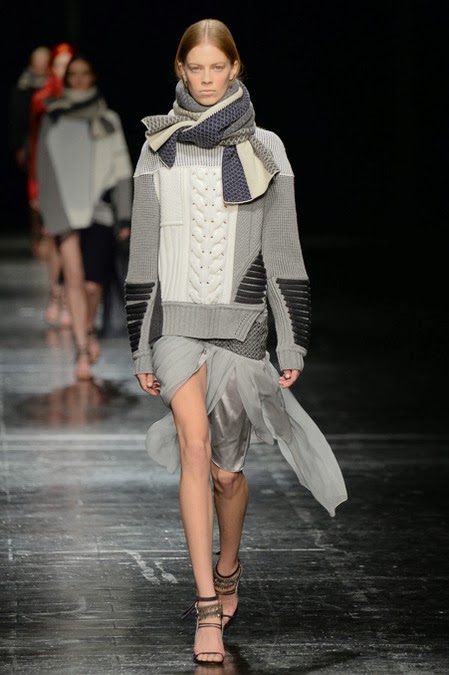 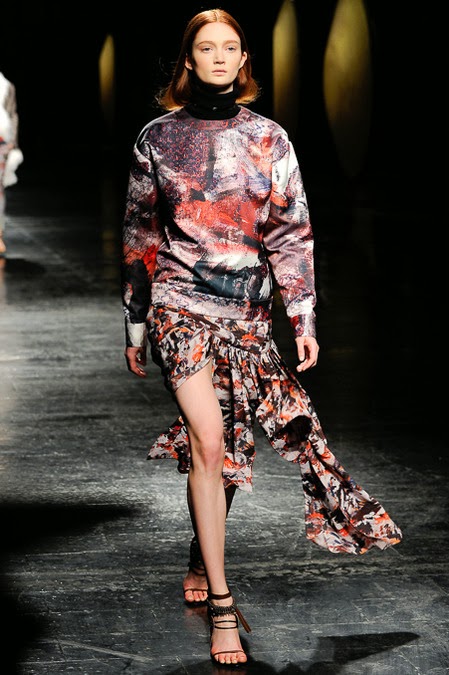 Rarely am I confounded by the construction of a garment but hell... These must have been a nightmare to make a sample let alone their production ….provided he sells any of it. One can only surmise that the pursuit to editorial can be rocky at best. 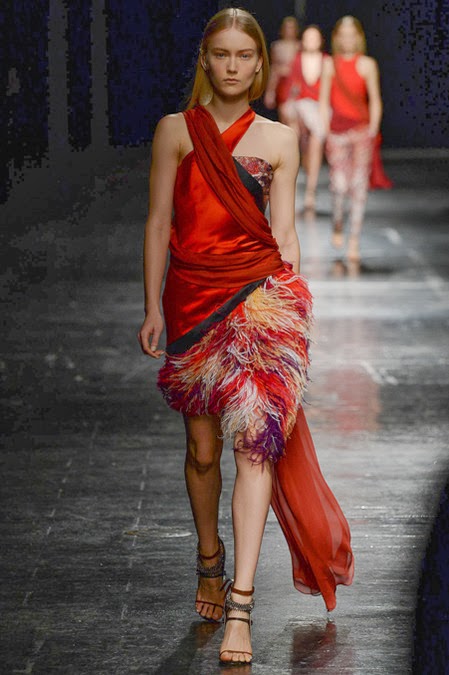 Workmanship and craft are at a high point here but what a waste when the end result is so convoluted and over thought and over wrought! It saddens to me think that he might really be a great talent and has been lead down some rosy path to destruction by ill-advised stylists and editors. What struck me is that amazingly the evening wear worked so well but that might be attributed to the more monochromatic combinations. 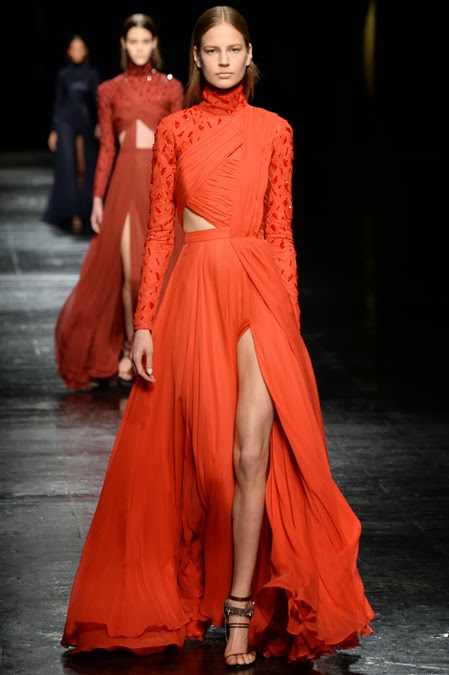 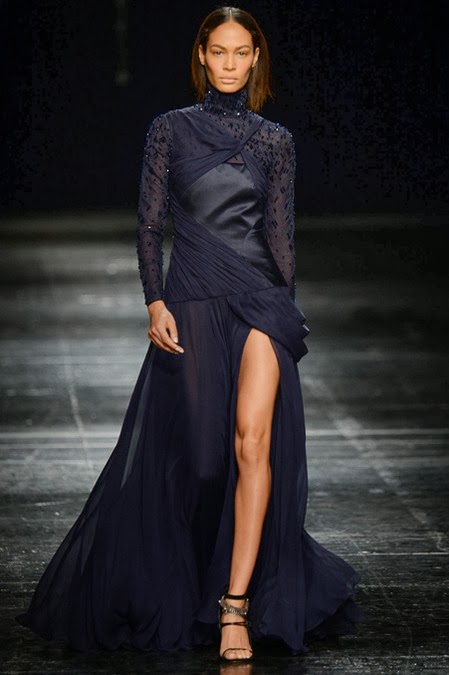 A thought occurred to me today and that would be when Ms. W finally does step away from her perch, and the new editor takes the helm, what will happen to these young designers who curried her favor are dismissed in favor a whole new crop who curry favor with the new hire? As is the wont... out with the old and in with the new...are you reading this loud and clear?
Posted by FASHION BY THE RULES at 6:48 PM