PURE PUGH!!
From the very first collection he presented, he made a fan of me. Let it be known now that given my penchant for saleable wearable clothes, this was no easy task but it has been accomplished. The most striking part of his talent is that he is a designer who designs and does so unapologetically and as in your face as possible. Imagine, for this collection there was no theme!! That means there was no blah blah blah to accompany or justify the collection ... just clothes! What a concept! 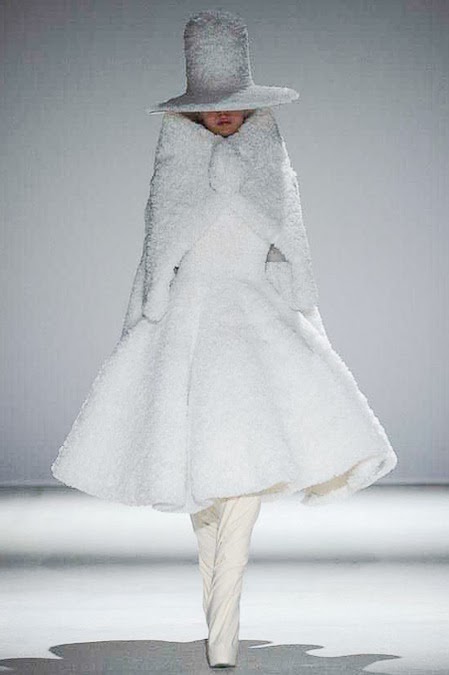 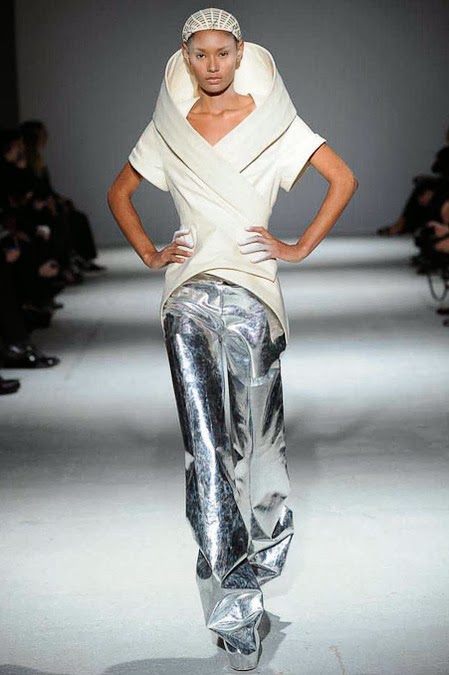 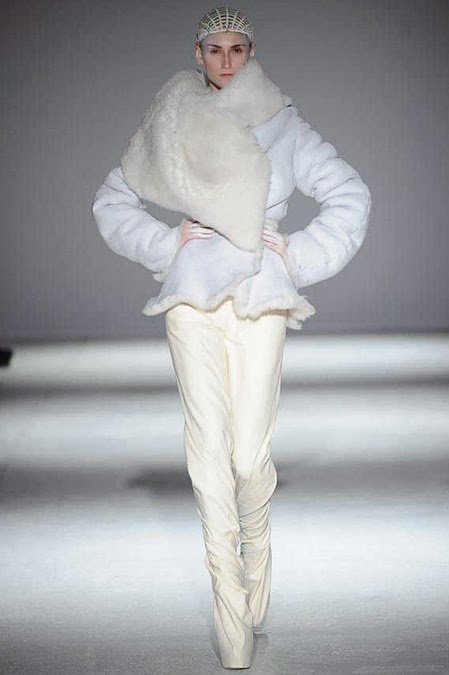 Today it strikes me that there is more than just a passing feeling that Mr. Pugh has been influenced by the late Alexander McQueen. What I cannot seem to figure is if this is a good thing or a bad but I am nonetheless a great fan. With the use of the plastic or plastic bags one cannot help but be reminded of Gilles Deacon from last year; the real question is “does it matter?” then there is the case of the rectangular “scales!” Does one say they are 21st century Paco Rabanne? 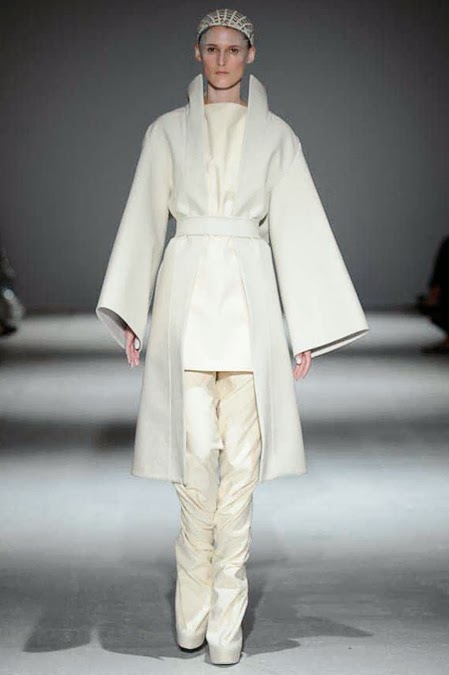 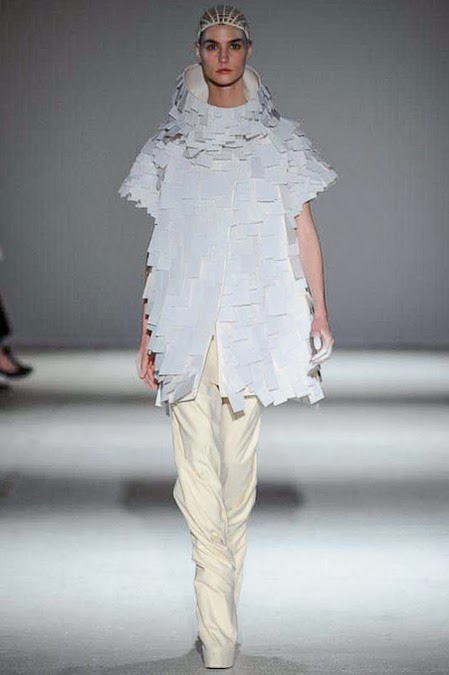 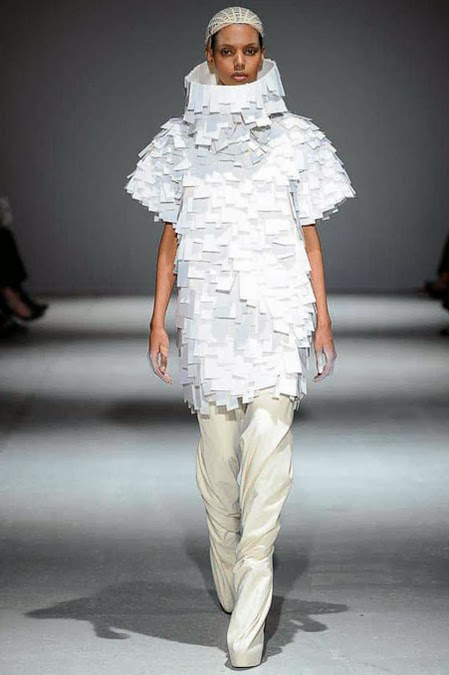 As for the mirror or silver or reflective pieces, I am open to suggestion here as I am not sure what to make of them. Then of course, there are the “caveman skins” or pelts which were effective and slightly more wearable but only by the likes of Daphne Guinness and not many more but very reminiscent of Racquel Welsh 2000B.C. 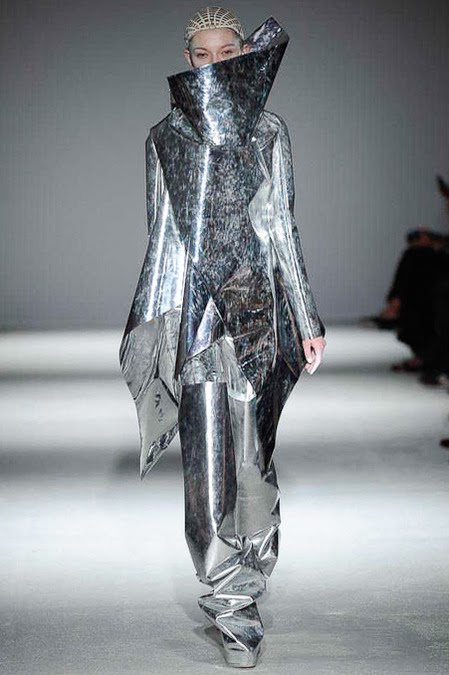 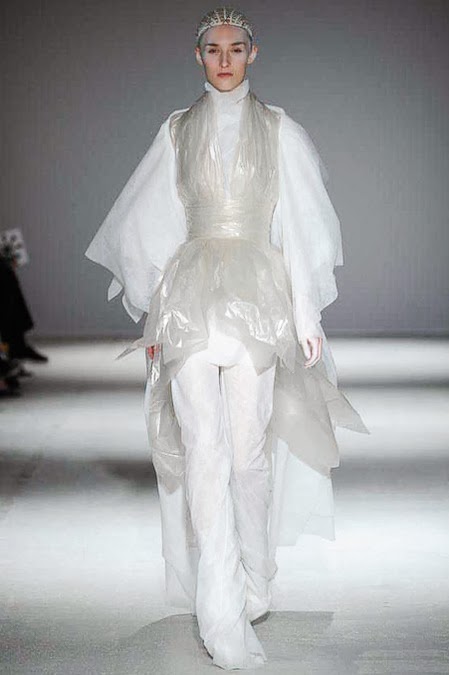 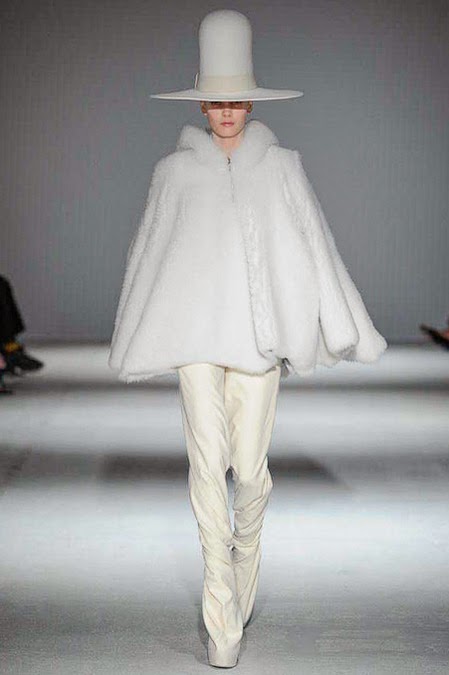 The question remains as to why am I still so intrigued and enamored and the reply is the same... this kid has something and it has really yet to bare itself. I want to be around when it does.
Posted by FASHION BY THE RULES at 7:48 AM