Let’s talk intellect now, not the bloated philosophical variety that comes so easily to those like Raf, Miuccia and Nicky but the intellect or rather the smarts of what it takes to deliver an exquisite collection of clothes. Yes, smarts well maybe savvy would be even more to the point. 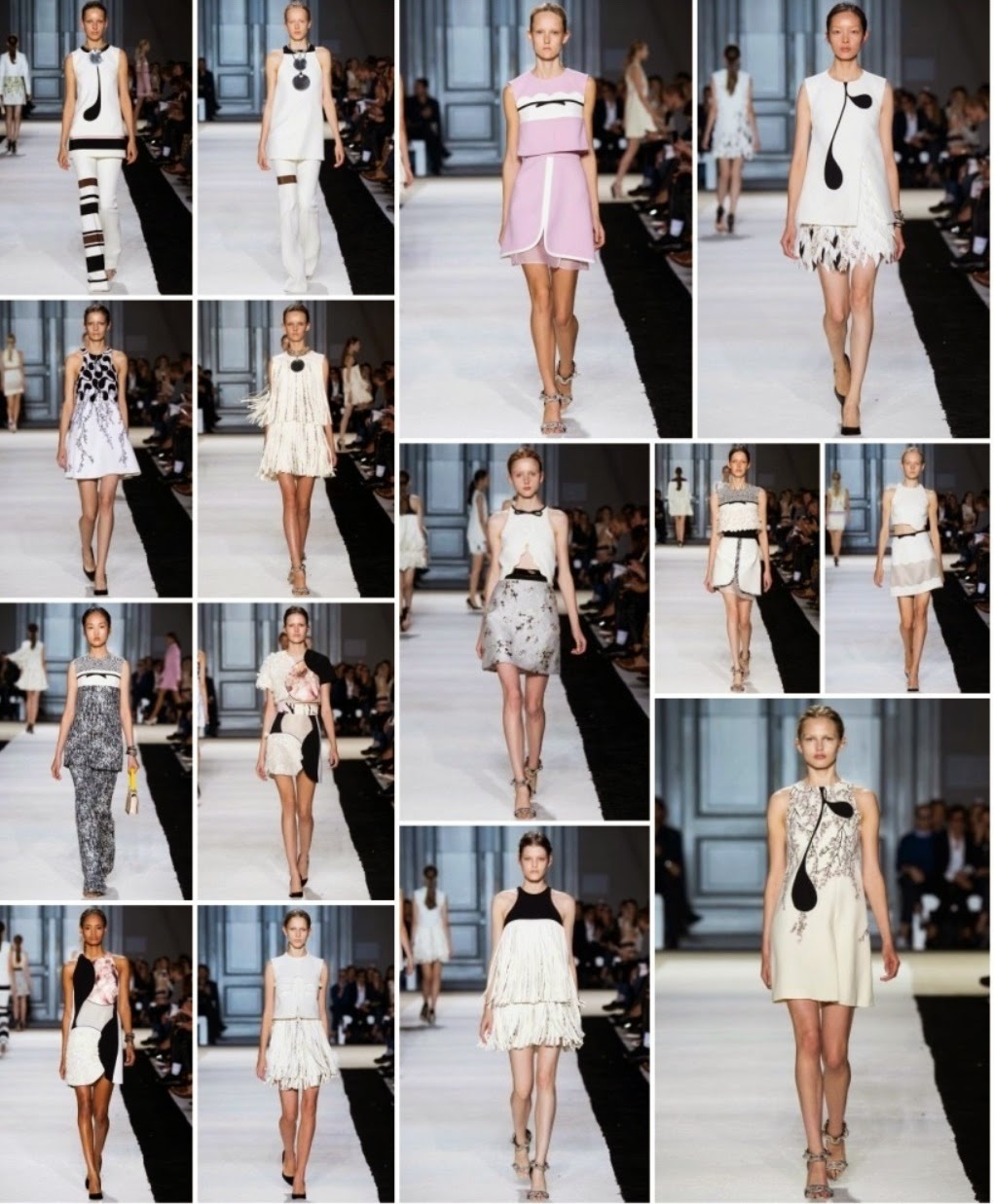 Giambattista Valli is clearly a designer who has a vision and a mission. Both are achieved season after season by following his gut and evolving his body of work. Spring 2015 is clearly a collection that boasts his well-honed skills and talents as well his trajectory in the world of fashion. Giamba, if I may, stands much closer to the top of fashion hierarchy than most as he is one of the very few,  and getting fewer, designers who design. If you follow the collections around the fashion circuit you find so many designers who think that if they blend in and fall on trend they win but here is the spoiler alert… they lose! 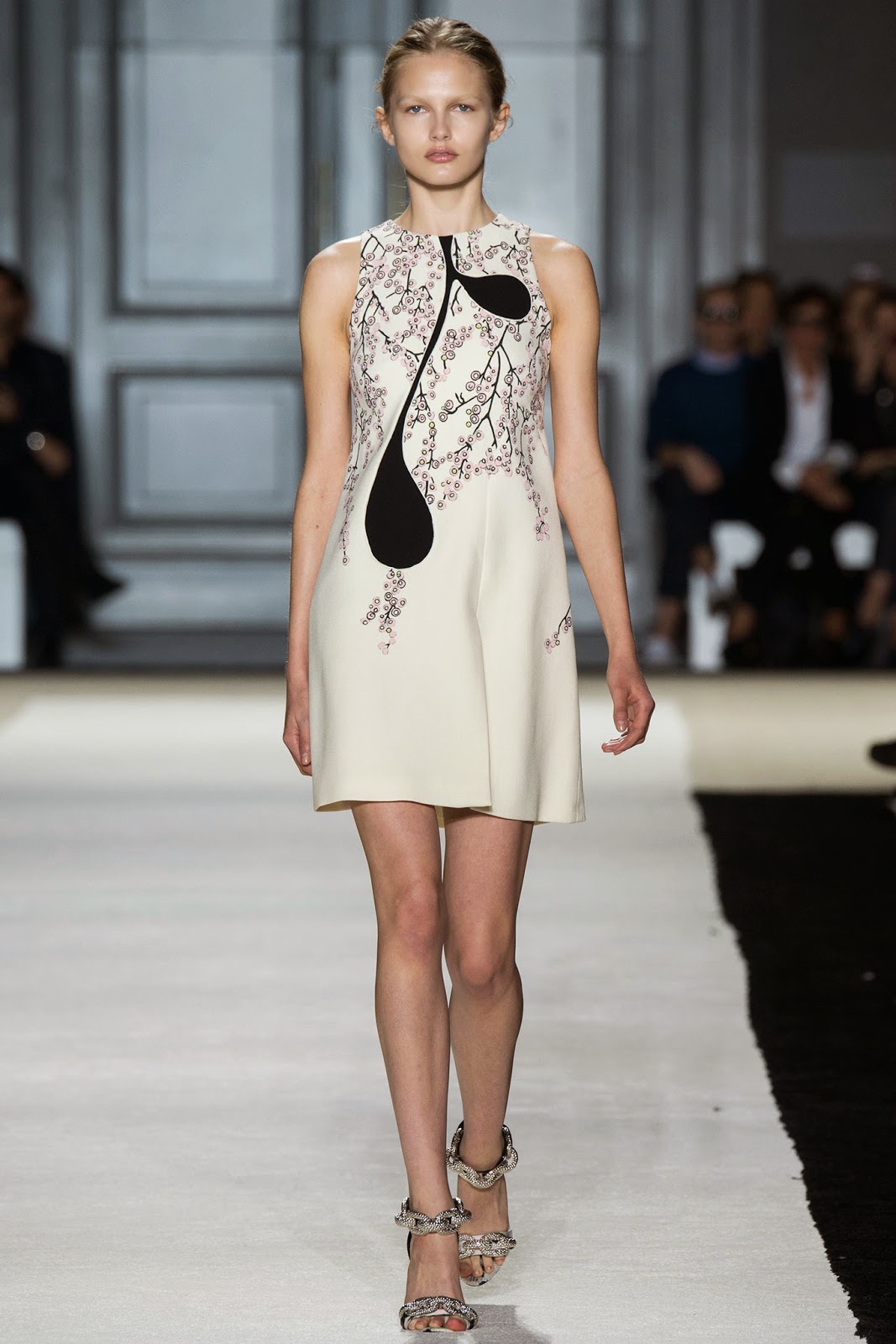 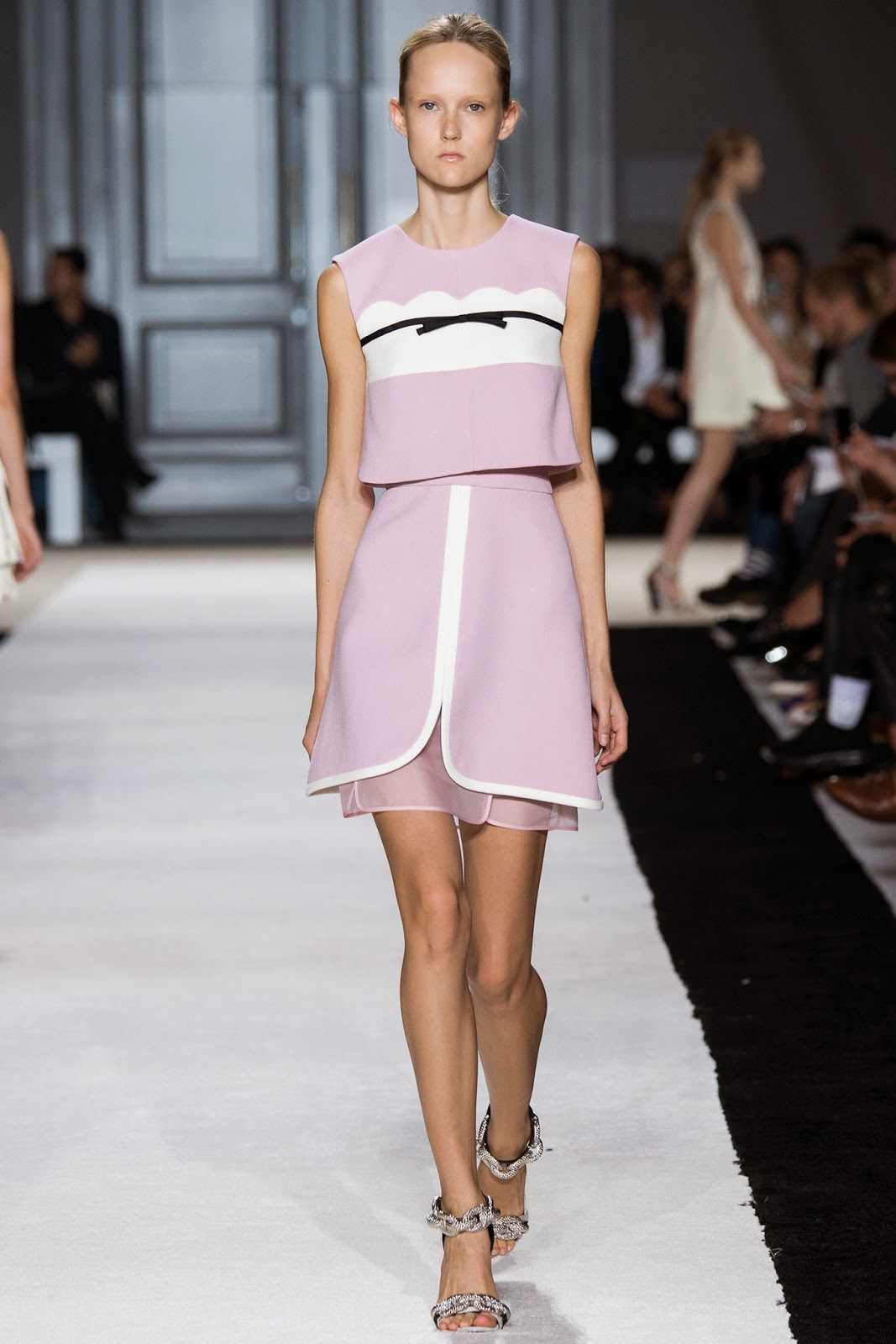 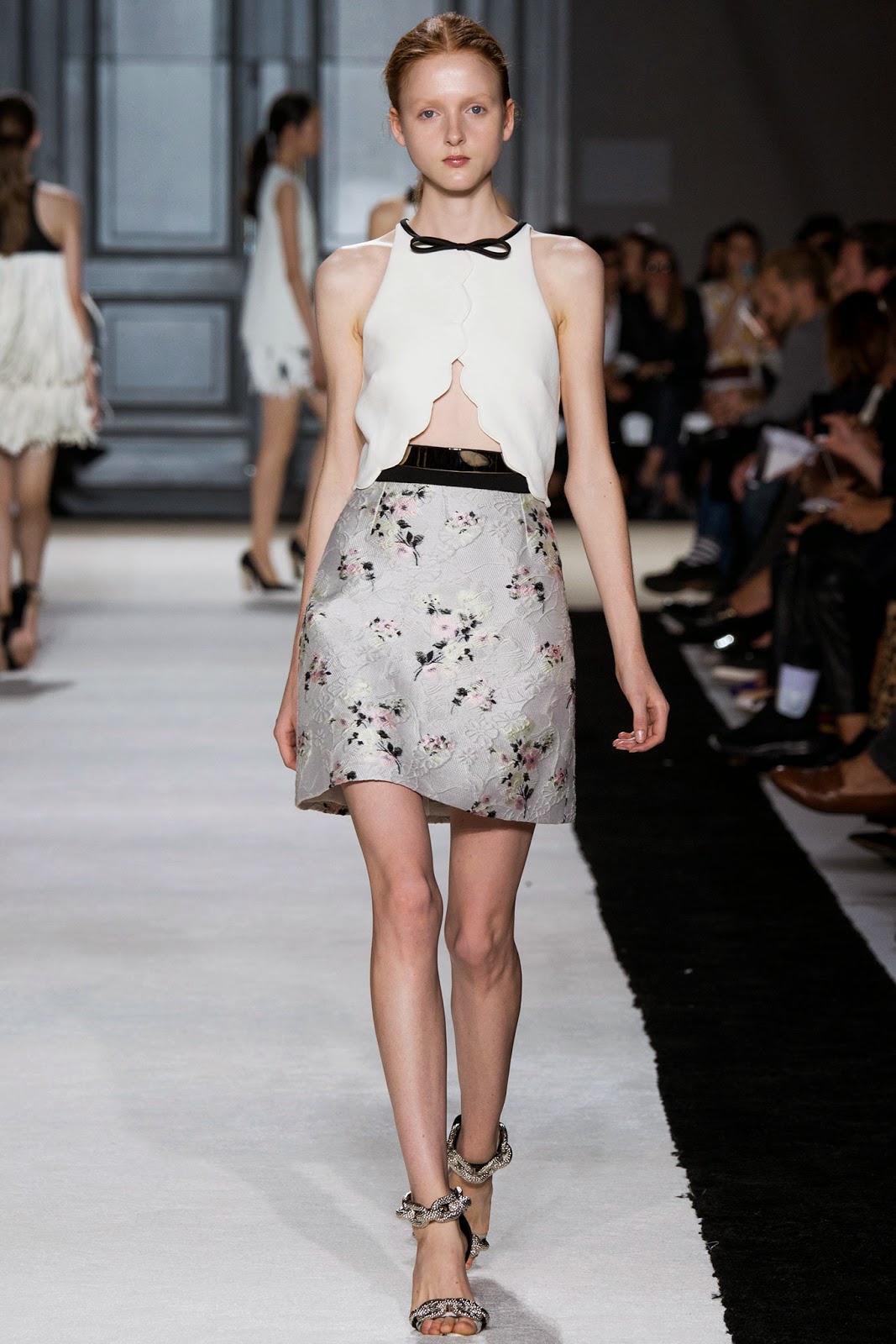 What is severely lacking in this business or art that we call fashion is the heroes who brave the waters by showing a personal and unique approach season after season. Unique would mean that it is their vocabulary and DNA on display and not a mediocre take on modern fashion influenced by someone else’s work. If you take for example the “petal” dresses that Bill Gaytten did for Galliano this season and then you look at a very similar approach taken by Mr. Valli, well... Clearly you can see that vision and imagination only go so far unless you can successfully execute them. 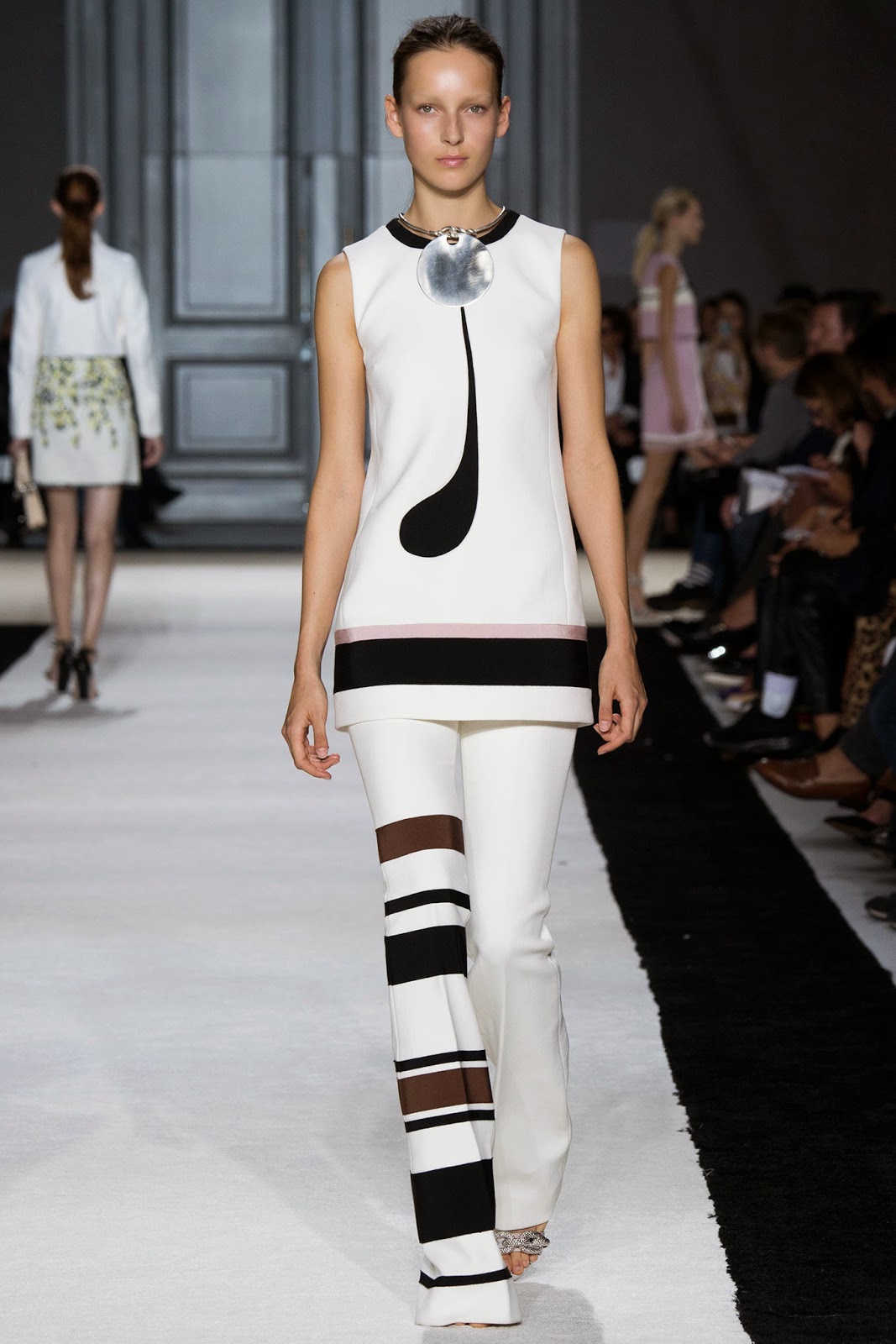 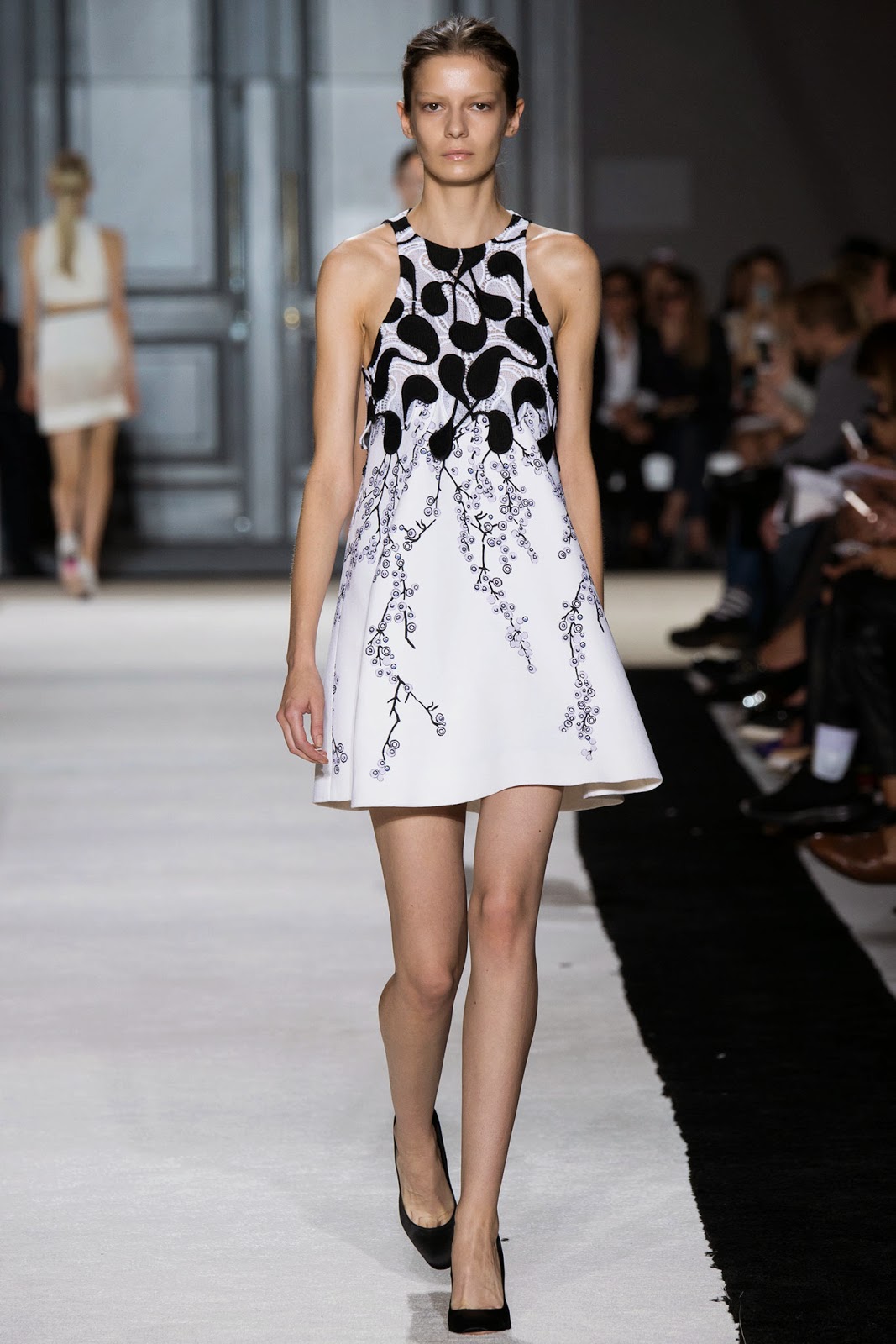 Okay enough preaching, let’s talk about the hyper feminine, luxe and pitch perfect collection. Valli clearly has a handle on his customer and offers her more than enough reason for her to lust after more of what he turns out. The clothes are so precise without being surgical. This is the essence of what I now call “step down” couture. He massages his vision, he imposes his themes without ever getting lost in them and he explores territory that most are incapable of or ignorant of.  His choice of embroideries and prints are those which again do not distract from the clothes but enhance them. The variety of silhouettes and his adherence to his DNA and vision is more than just admirable. As described in my Givenchy review, Mr. Valli’s clothes have instant recognition to those who follow fashion closely unlike what is stated in that previous review. 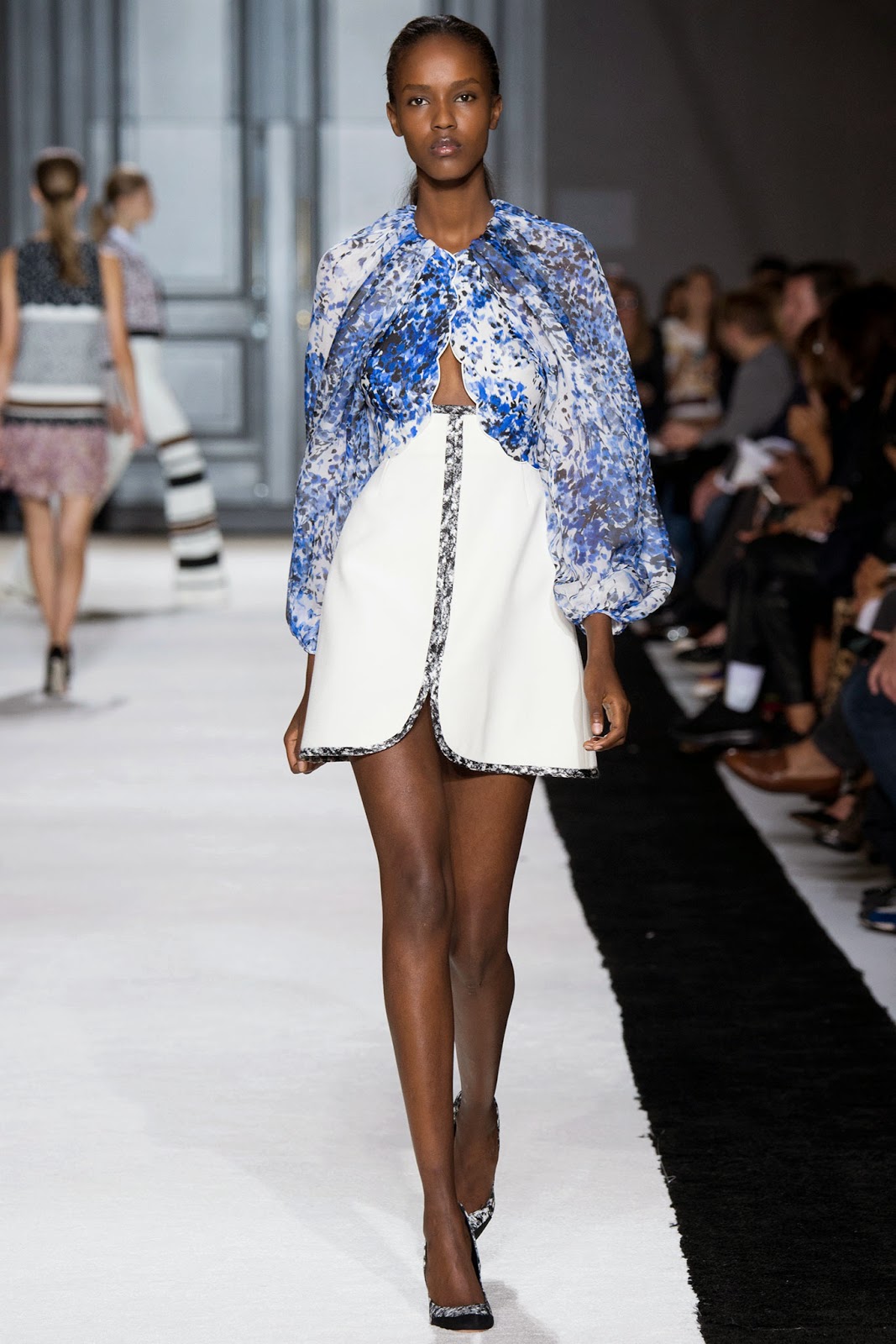 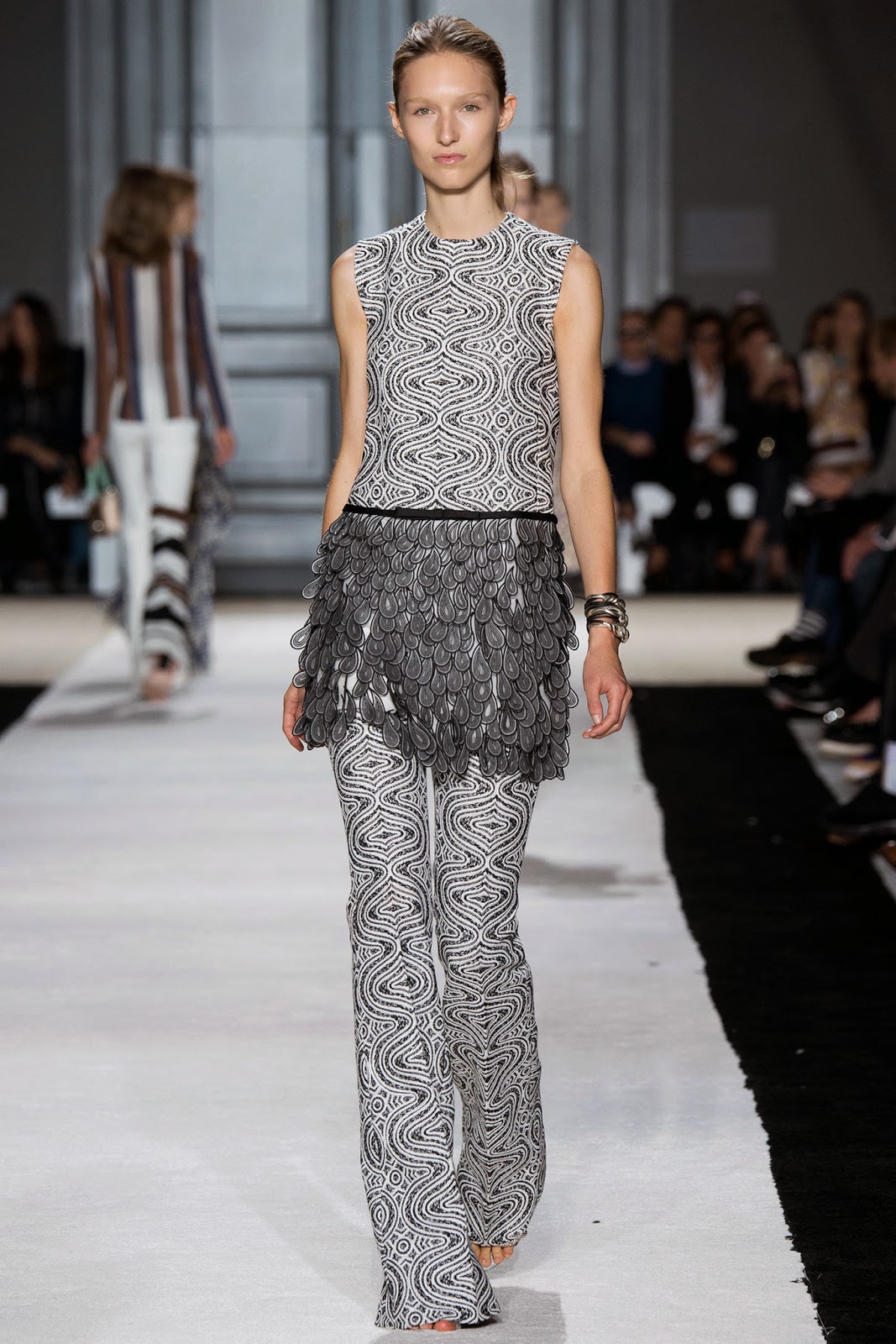 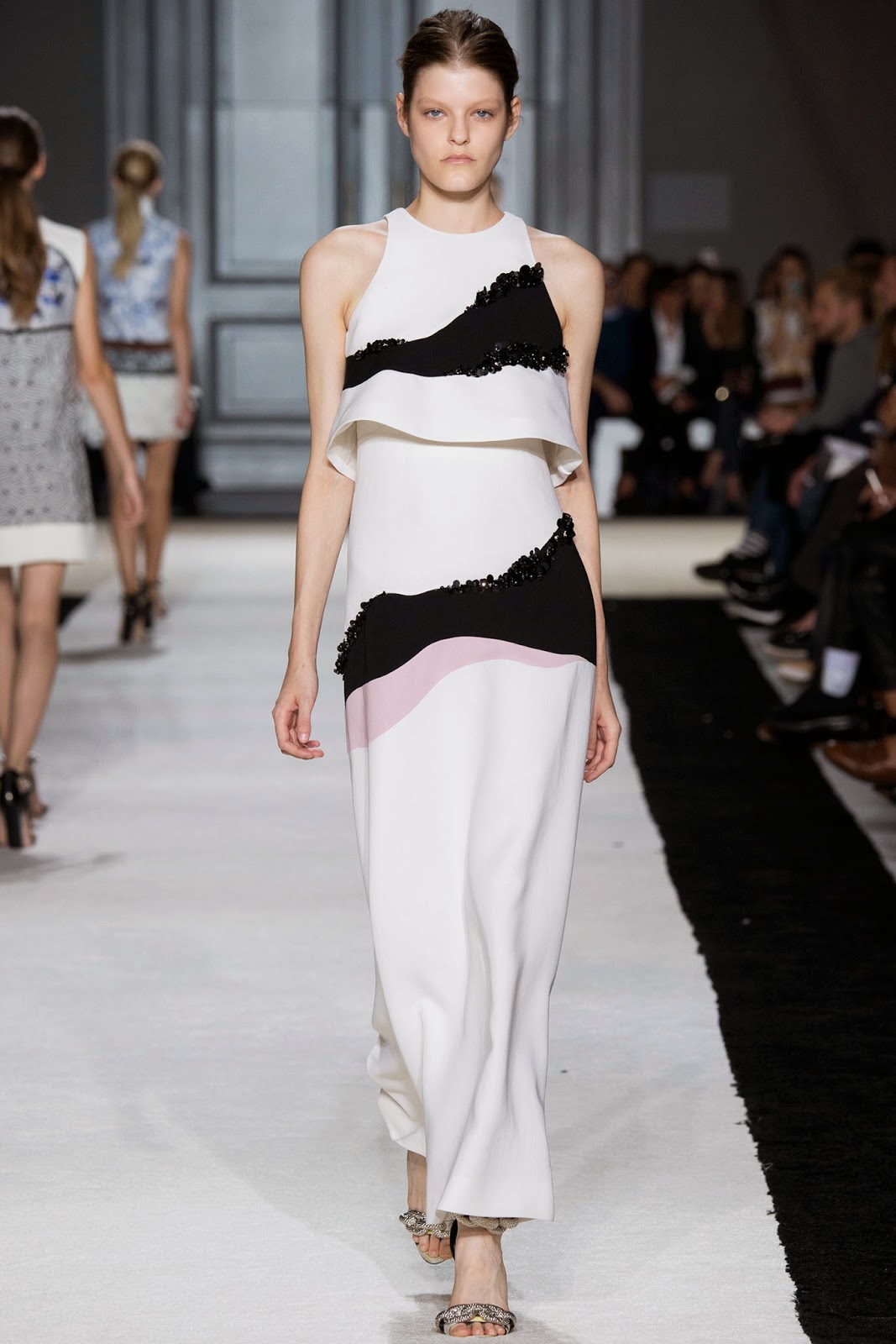 Rarely are there not enough superlatives to describe any collection. Mr. Valli offers reassurance that fashion is alive and well in Paris especially in his maison! He is the master of his universe without doubt or question. 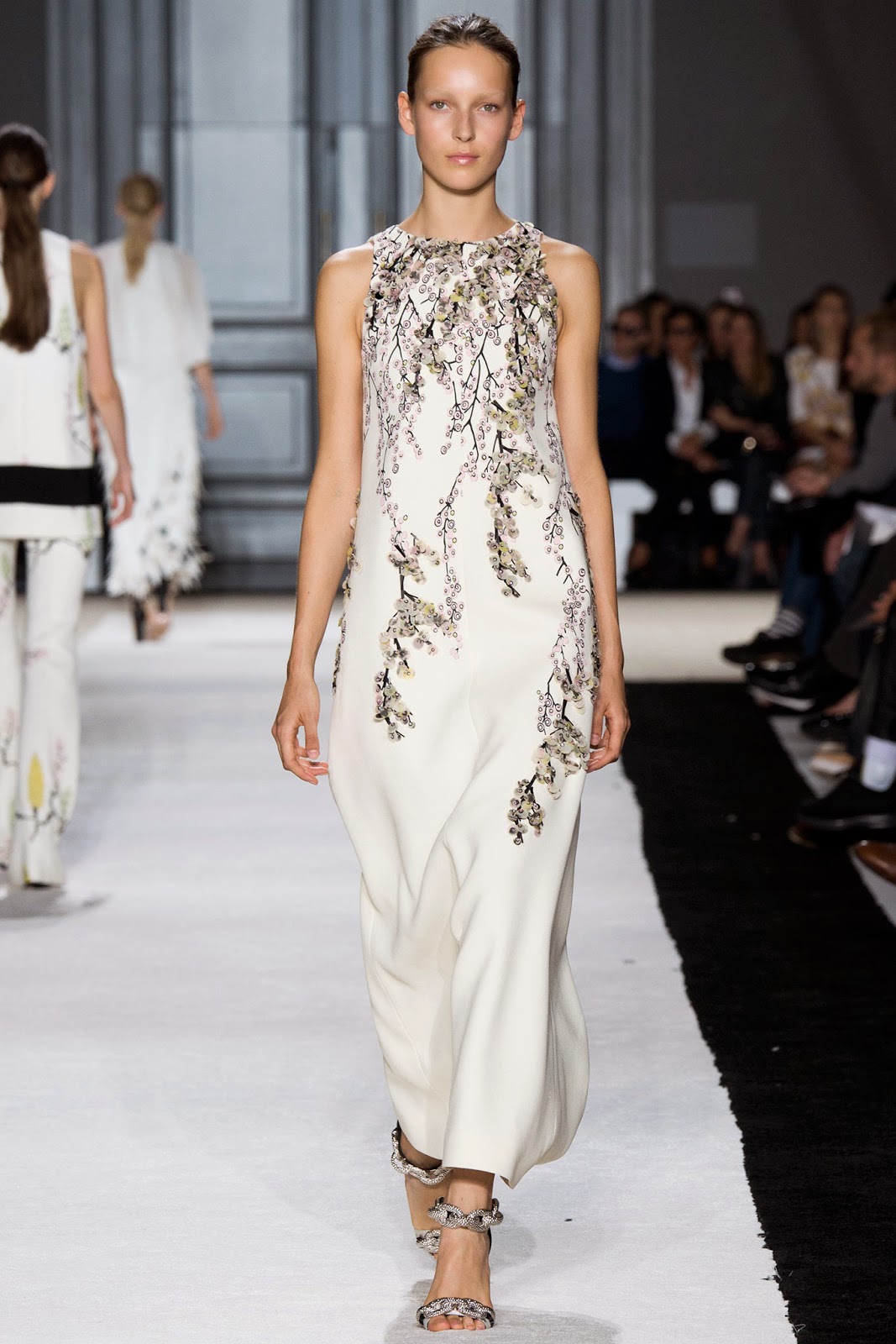 Posted by FASHION BY THE RULES at 1:51 PM