What’s to say here? My immediate impression is that Mr. Ford is a misogynist; he possesses a schadenfreude (look it up) when it comes to women, and possibly he has a pathological dislike for them. Those are just my immediate impressions ...  sort of like word association after having seen this collection. 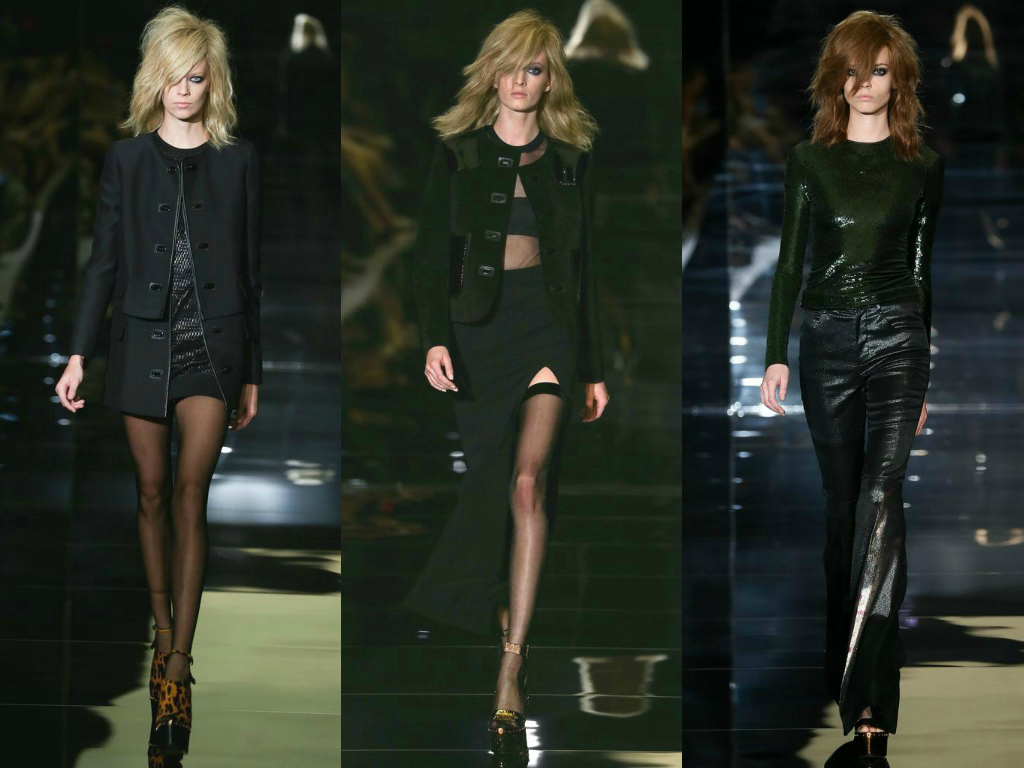 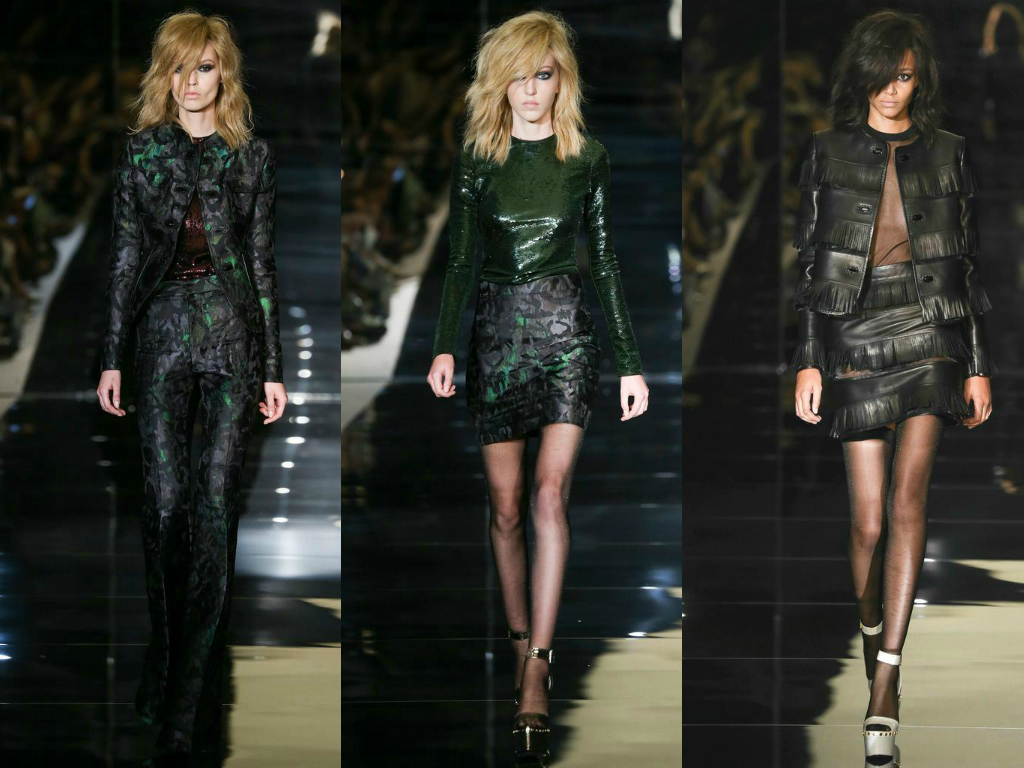 In my opinion he has always fetishized women in one way or another and this season is no different. With the ultra-high waisted pants which accentuate the legs or bottom half so to speak and shorten the torso to the thick drag queen platform shoes and hair grazing lengths to the sheerness. One might have at first thought he was paying homage to Gernreich but that notion flies out the window when you witness the plethora of pasties or something akin to them to the odd cupping, not the healing process,  and exposing of the breasts. Where can any of this be perceived as not objectifying women or possibly just making them look as cheap as possible in the most expensive way. 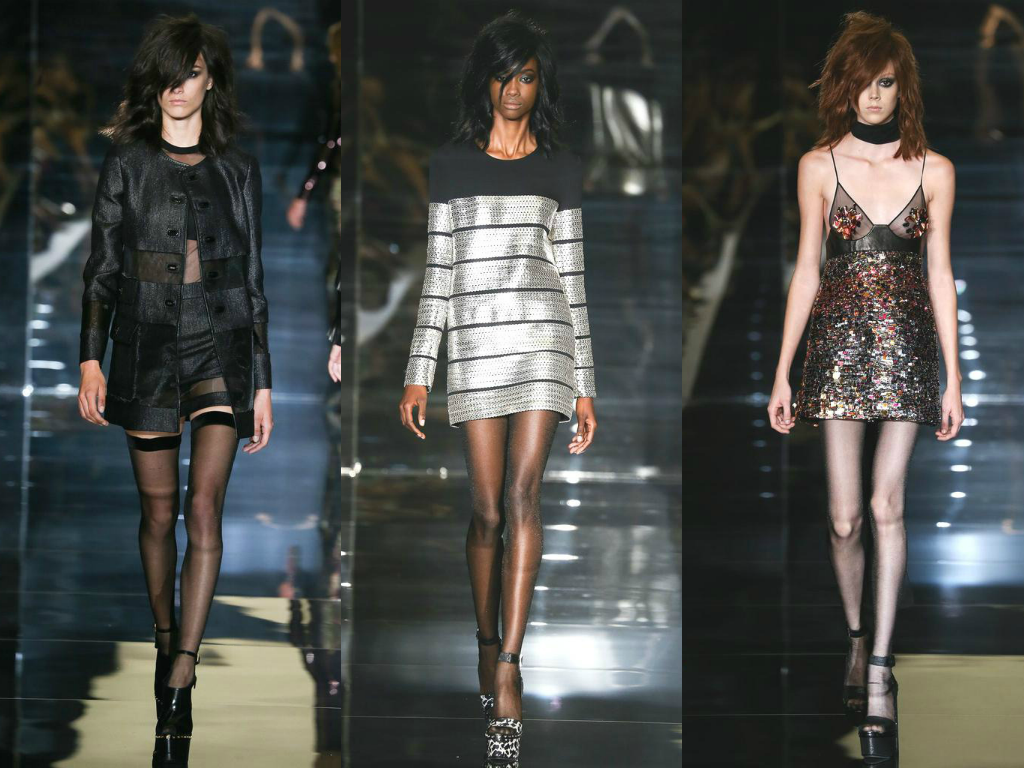 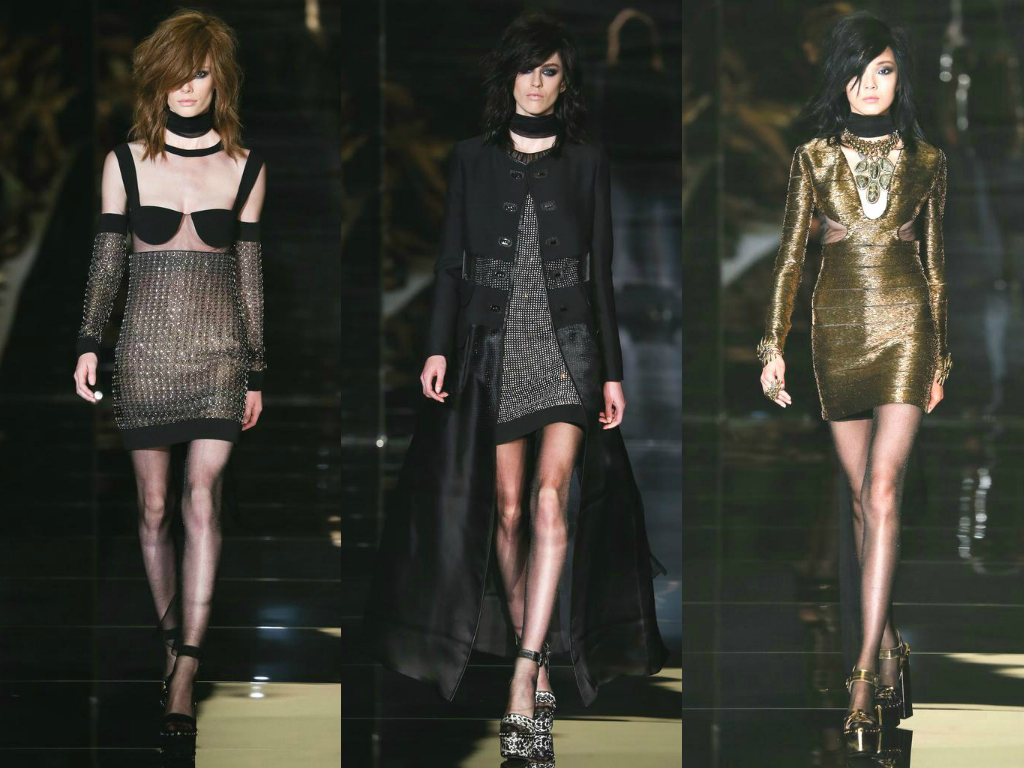 Suffice it to say that season after season this so called designer gets away with murder and receives accolades from a fawning press. One can only assume the smirk he sports at the end of the show is quite justified as he knows he has pulled another one over on all of us. How sad and yet otherwise totally indicative of the state of fashion. 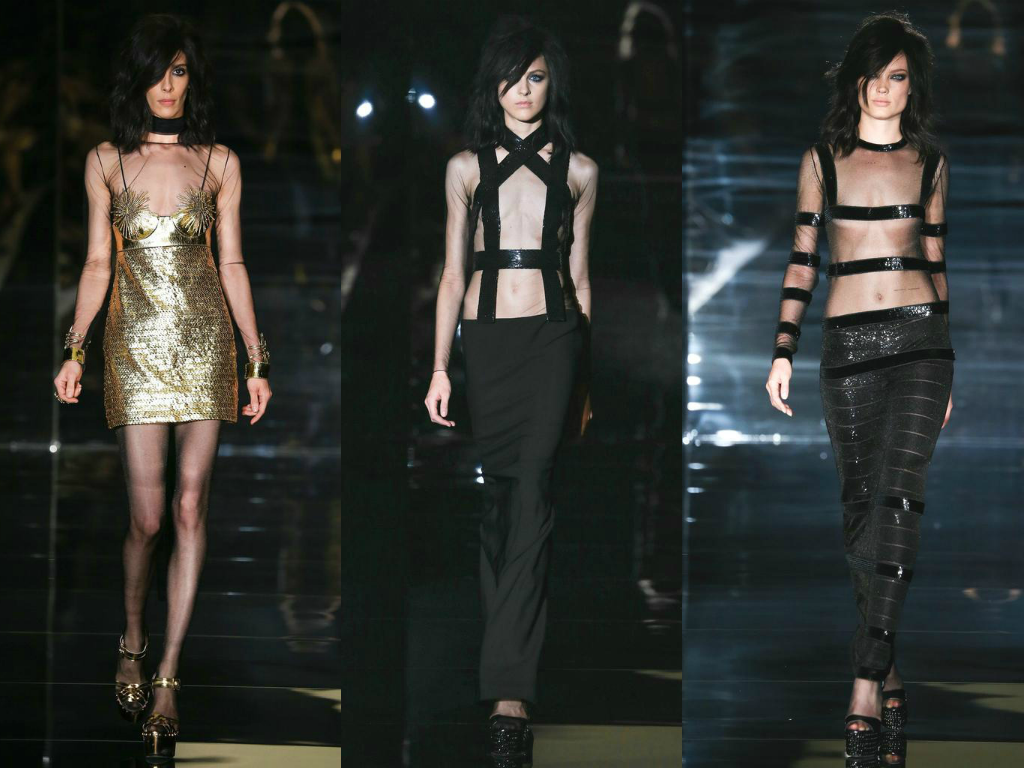 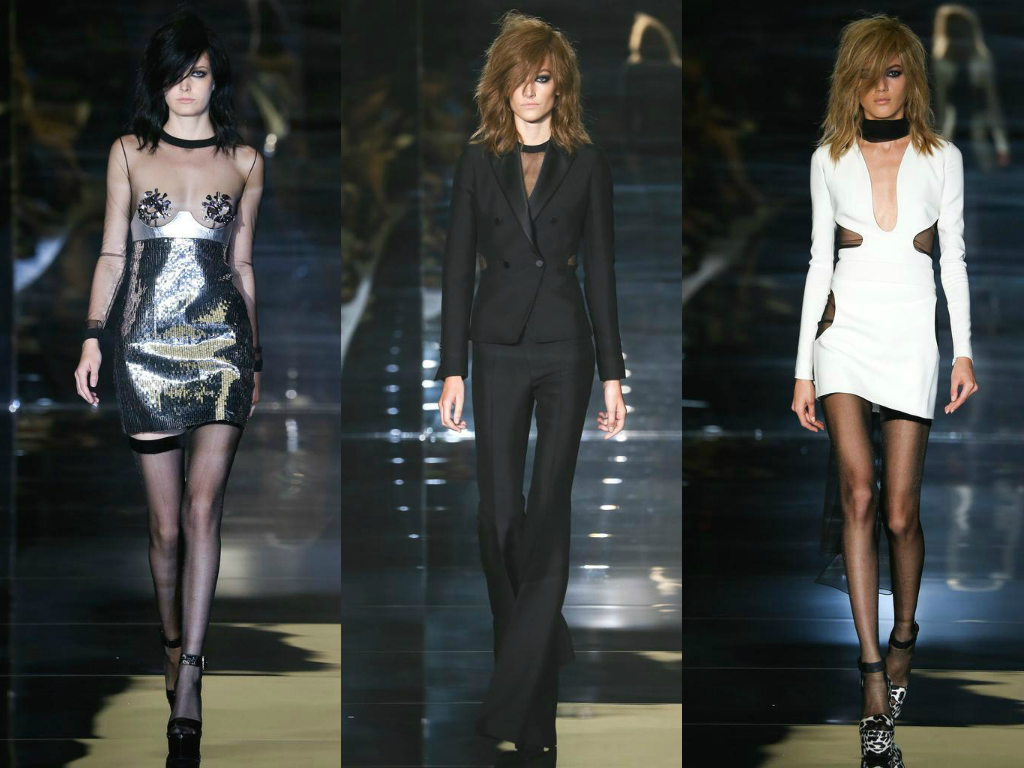 Are the pieces well made, well apparently so but one never knows until you see them up close and personal as in the case of the black columns with the Lichtenstein comic book blasts on them from seasons gone by. The tailoring looks to be razor sharp but uncomfortably so and the collection looks rather wintry and holidayish especially when you consider this is Spring. The sheerness is hardly what one might say chic or louche in the vein of classic YSL as it is rather forced, gratuitous and only employed for shock value and in great frequency .. and oh yeah .. in very poor taste! 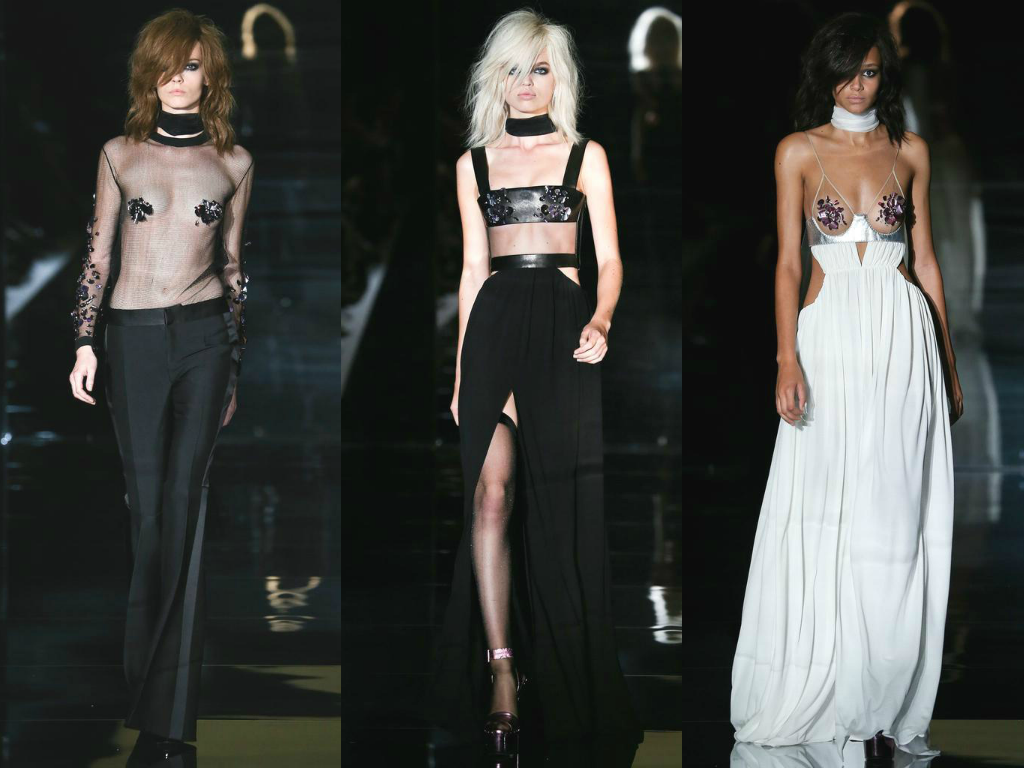 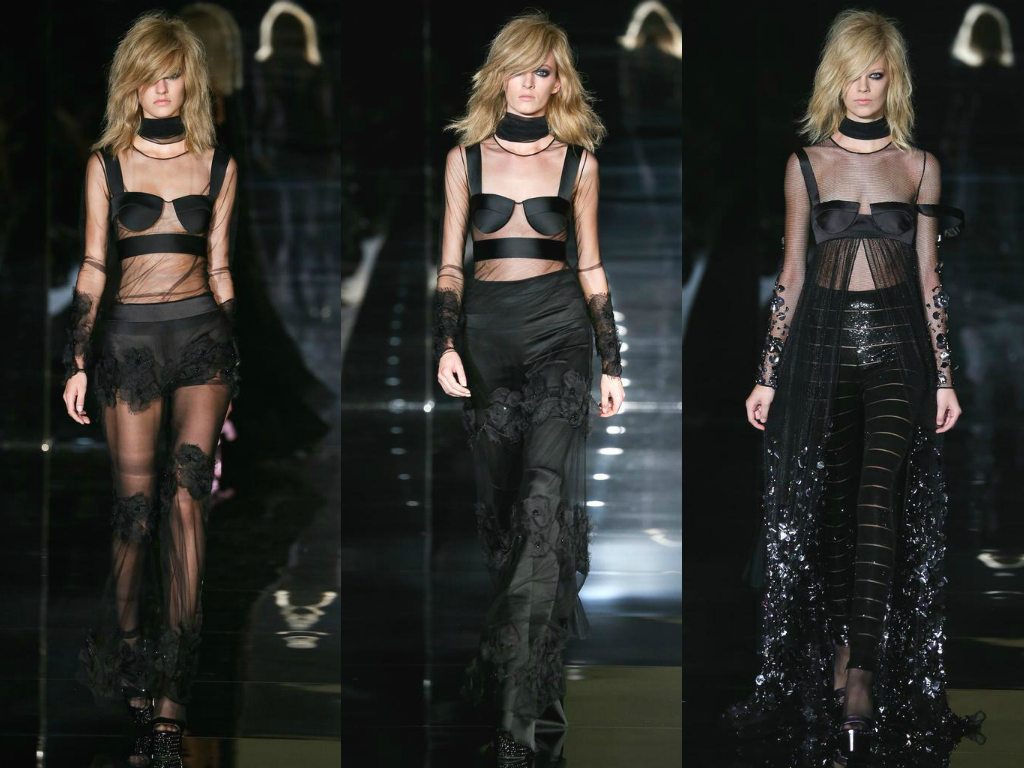 In the immortal words of Clara Peller ... “Where’s the Beef?”

p.s. There seems to be a bit of a Hedi vibe, a hint of Donatellamommamia and also a minor ode to The Owl and the Pussycat(Doris) towards the end and one more thing.. that just laid look for the models doesn’t exactly exude fine taste and chic… tsk tsk tsk Tommy!
Posted by FASHION BY THE RULES at 7:48 AM