Talk about overdone, over worked, over printed, and over the top... yikes! 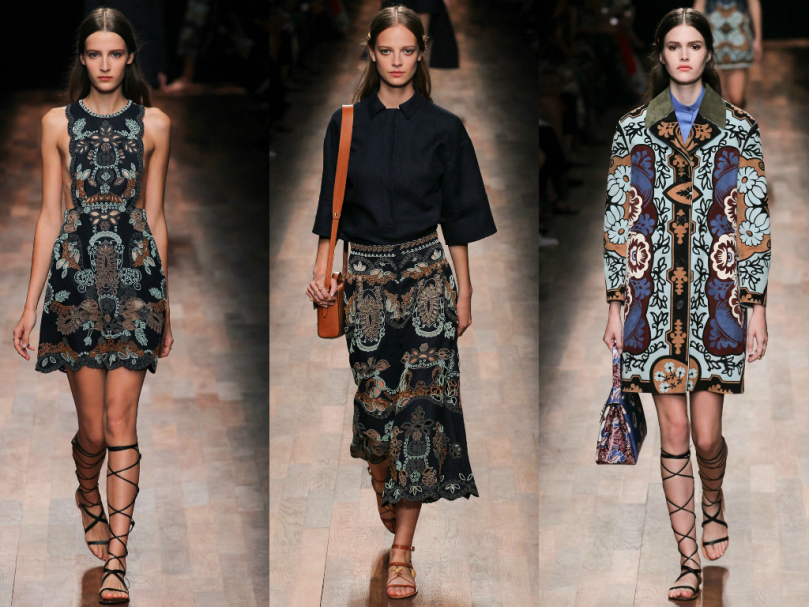 First things first, these 2 need to edit as there is no reason for such a huge collection especially with all the repetitive shapes and styles. Next up, they gotta get rid of some of these sissy missy necklines and collars that tend to make the clothes look so matronly and prissy. Lastly, wouldn’t it be nice if they finally realize that transparent does not translate to young. 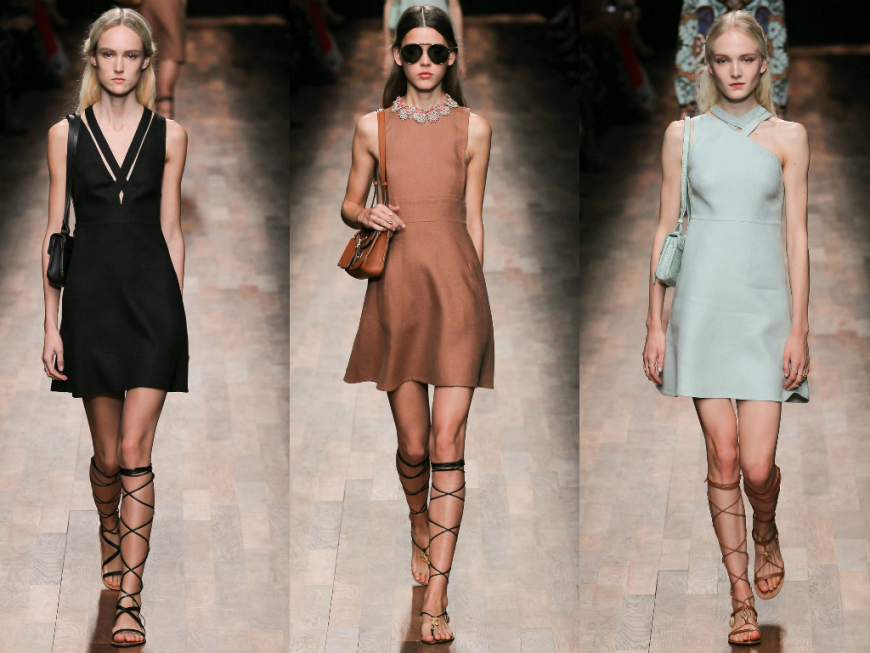 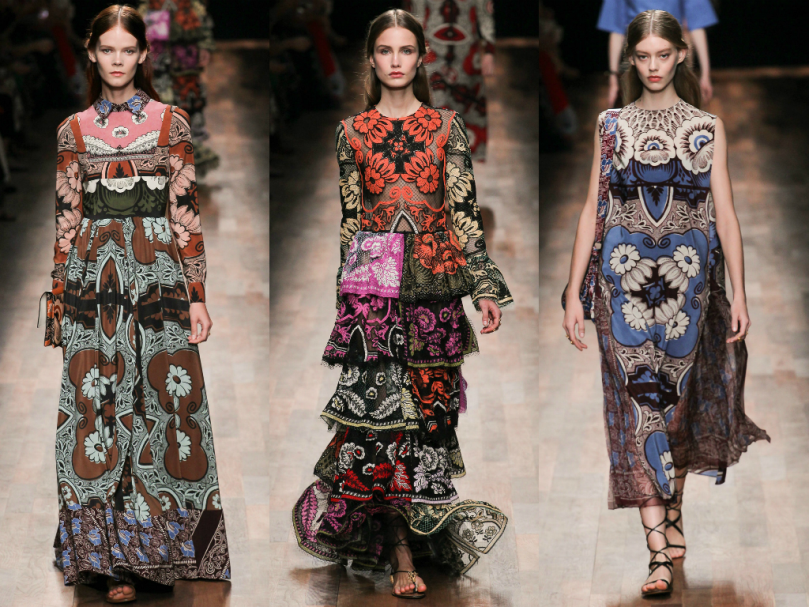 The very graphic prints used toward the start of show should be read as playful and sort of resort wear but instead they were treated so seriously as to seem out of place and oddly matched to styles. The pastel group that included some wonderful solid dresses and separates was not in need of the skimpy ruffled georgette pieces. The excruciatingly beautiful “step down couture” pieces were a bit too plentiful but that seems to be their wont in every collection. The broderie anglaise pieces were just pitch perfect but them  they got all carried away with the super eyelet pieces dyed degrade etc. it is all almost schizophrenic in its totality. One really has to wonder what this collection would be if they didn’t offer a million and one options and keep using certain styles over and over again in color ways.   Many styles seem to be at odds with which fabric they have been made of and maybe that’s the point but it is far too jarring in my eyes. 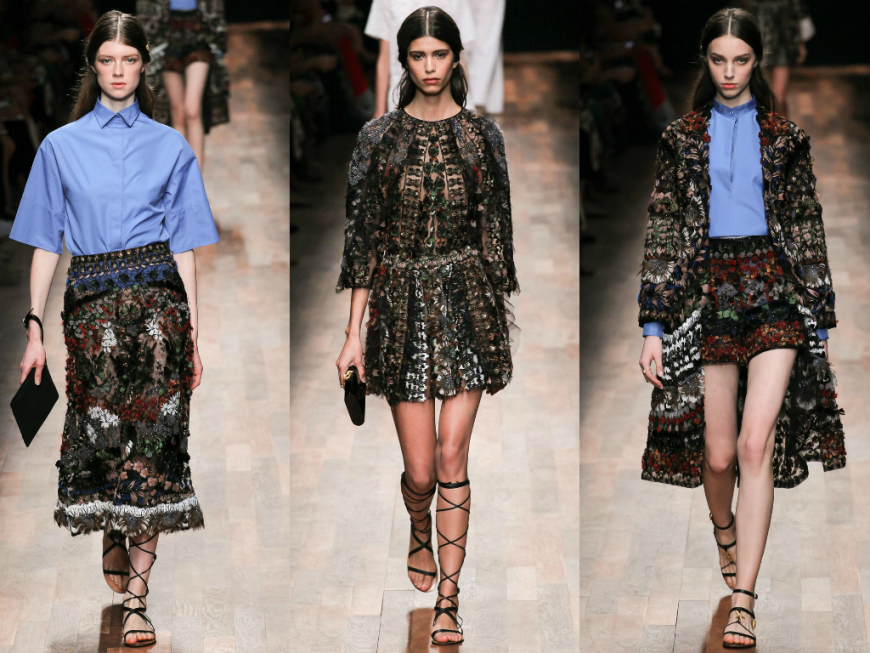 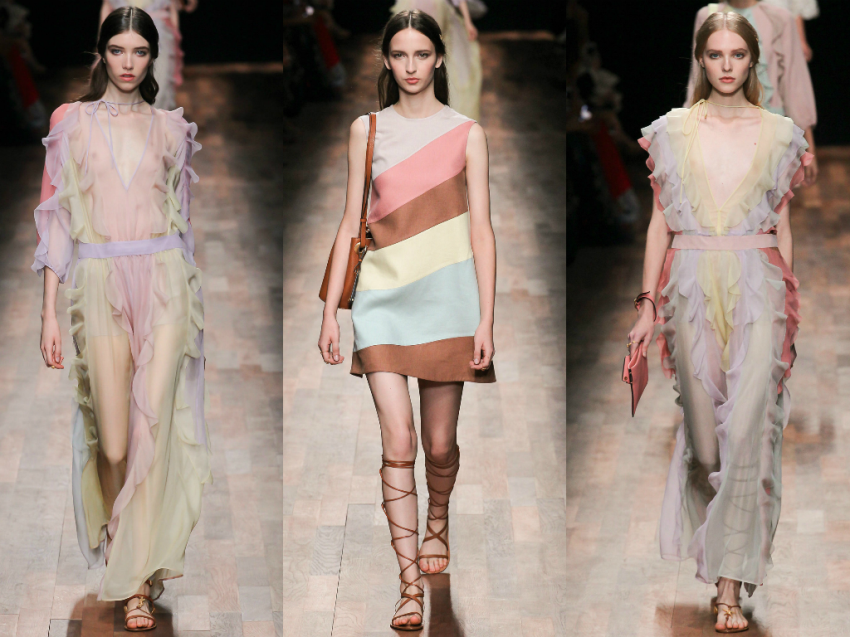 My question is simply this... what would happen if they utilized some  of the slick and chic of Mr. Garavani and incorporated it into their collections, yes, these designers have without question continued the legacy of fine workmanship and art of craft but the collections come off a bit bohemian and sterile rather that worldly sophisticate ... make sense?? 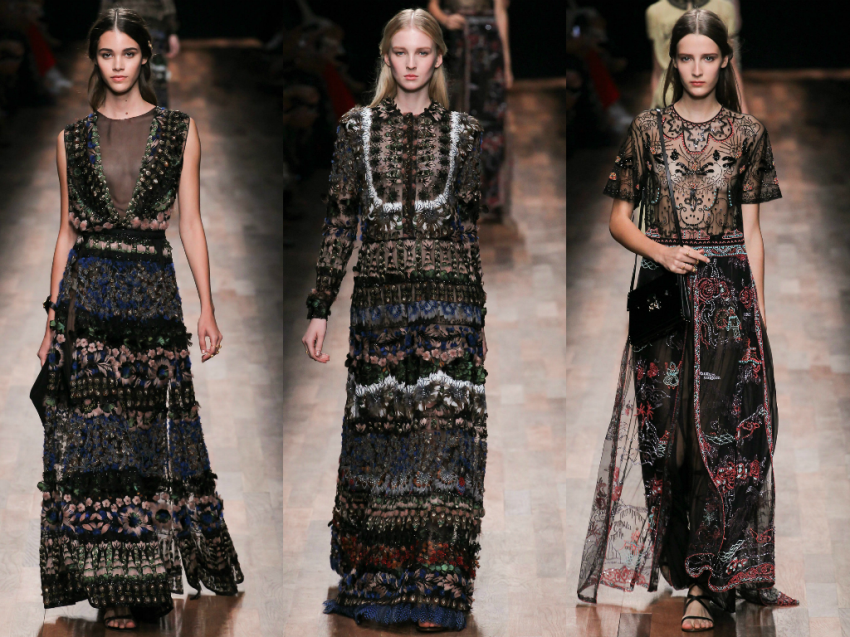 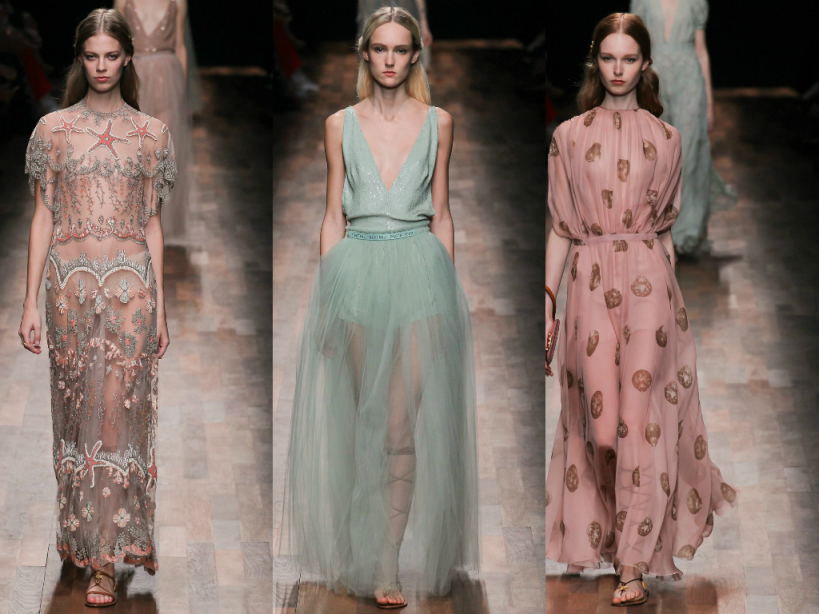 If one had to summarize, it is safe to say there are more than a few stand out pieces and more than enough wearable pieces but for me this collection really would have greatly benefited with some tight editing and more of a singular story.
Posted by FASHION BY THE RULES at 4:01 PM