First things first, thank you Monsieur Doma for not opening your show with a black outfit as did about 90% of the designers over the course of the past weeks.  Thank you for using hose as a finishing touch to your looks.  Thank you for not showing oversized odd shaped clothes that critics seem to think is pretty and a la mode!

As I stated when I wrote the men’s review, Mr. Doma’s signature is that wide band of shirring he uses at the waist, neck or cuff; not my favorite but less apparent in this collection than it was in men’s. For my eyes it needs to either be refined or redefined so that it is not distracting and more mature in execution.  Okay, that’s my personal annoyance but it does not take away from the overall look of the collection which is beautiful day clothes for women who are not in need of screamingly trendy fashion.  What I mean to say is that Mr. Doma obviously has his own modern design esthetic and follows it without worrying about whatever odd trends are sweeping the runways.  His clothes are distinctive for that reason among many makes them extremely likable.

Standouts here are his impeccable color sense, the asymmetric double pleat front he uses in pants shorts and skirts, the soft layering and by that, I point to pieces that remind you of Ackerman and Owen, just less cluttered and more refined.  The tailoring seems to be rather good BUT what I found to be the most distracting throughout the presentation was the “Prada-esque” footwear … no need; for me it was detrimental to the overall picture.  **remind does not mean referenced or copied*

As a point of advice, I would tell Mr. Doma that he must more clearly represent what he considers to be evening as what was shown was not as well thought out as it might have been.  He had enough ammunition in his arsenal to translate some of its pieces to dressier fabrications but that aspect is minor and I am sure will be corrected in future collections. 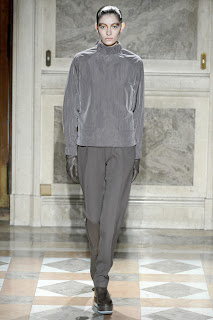 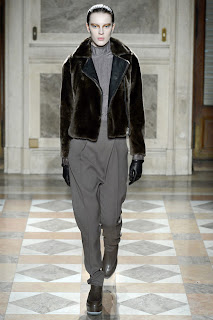 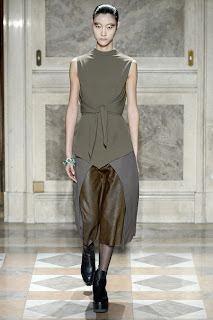 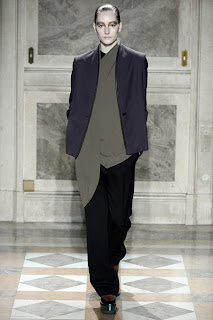 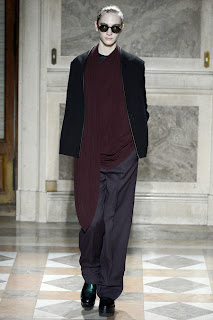 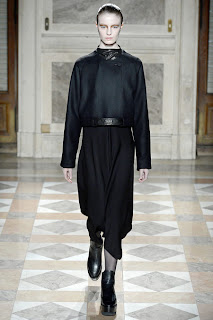 Let’s say here  that “OK I am hooked for now!”  As the old garment saying goes… “You are only as good as your last collection” and so far sooooooooooooooooo GOOD!
Posted by FASHION BY THE RULES at 10:37 AM