Where can I possibly begin to explain what’s wrong with the design esthetic at the house of Mugler?  Before I go any further, I need to say I was and still am a great fan of the only and only Thierry Mugler.  He remains an architect of fashion as well as one of the most creative and imaginative talents of the latter 20th century.

The present design team at the house, which I will refrain from naming, as I feel they have no idea what to do with the brand and had it not been for the perfume and the young Clarins heiresses, there would be no apparel.  So, here it is, once you take the edge and the sharpness off these clothes,  it is like melting an ice cube … other you want water or you want ice or how’s this a razor or a bowl?  Where is the brand integrity?

The current offering looks to me like a bowl of oatmeal and lumpy oatmeal at that.  It is abject silliness to think that these clothes bear the name that once embodied hard edged brilliantly conceived clothes.  I don’t want you to think that everything Mr. Mugler did was of the wearable or even close to norm of wearable clothes but then again he only had to live up to his own hype and he was up the challenge season after season.  These 2 are more worried about Gaga or some other 3rd rate performer than they are about perpetuating a legendary brand; they are barely designers let alone stylists and every time they stray from the original DNA, they fail miserably as it always looks like some poor relation to what once was.  Where is the sexuality, the eroticism and the B&D edge of these clothes?

If the pundits laud them, it only shows their lack of respect or knowledge about the brand.  I stick to my review but I remain hopeful that one day there might a collection that lives up to the legendary name! 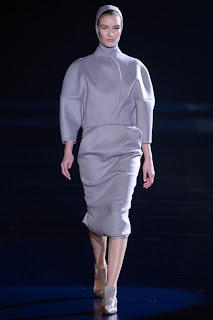 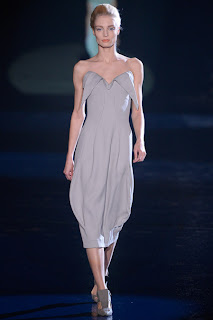 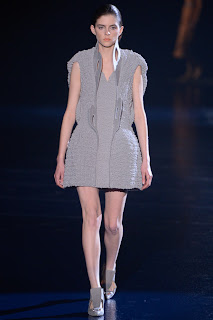 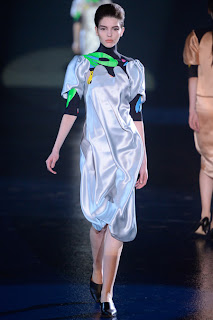 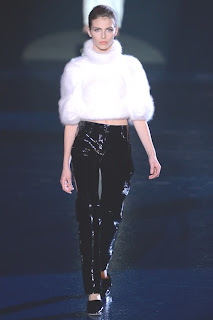